You have reached the cached page for https://marriedbiography.com/ruth-wilson-biography/
Below is a snapshot of the Web page as it appeared on 4/15/2021 (the last time our crawler visited it). This is the version of the page that was used for ranking your search results. The page may have changed since we last cached it. To see what might have changed (without the highlights), go to the current page.
You searched for: Ruth Wilson We have highlighted matching words that appear in the page below.
Bing is not responsible for the content of this page.
Ruth Wilson Bio, Affair, Single, Net Worth, Ethnicity, Age, Nationality, Height, Actress Skip to content
Married Biography
Married Biography / Biography / Ruth Wilson

Ruth Wilson is an award-winning actress and model. She is also trained in theatre and is popular for BBC TV psychological crime drama. 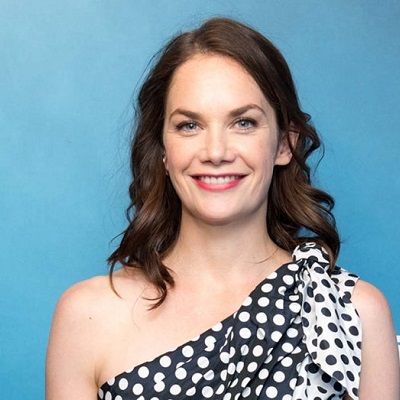 My brothers bring me down to earth. I'm not very precious. In my family, you're not allowed to self-indulge. I'm practical and tomboyish. It has given me strength of character.

Every actor turns everything round to their character.

Cleaning isn't all that interesting to me. I'm disorganized.

Previously, she has been linked with several names throughout her career. She dated Jude Law. But they broke up in 2014. Also, she was linked with Jake Gyllenhaal.

Who is Ruth Wilson?

Ruth Wilson is an award-winning English actress and former model.

She is known for her performances in Suburban Shootout, Jane Eyre, and Alice Morgan in the BBC TV psychological crime drama Luther.

She was born on 13th January 1982 in Ashford, Surrey, Englan. Her parents are Nigel Wilson(father) and Mary Wilson(mother).

Her father is an investment banker and his mother is a probation officer.

Likewise, she has three siblings, her older brothers named Toby, Sam, and Matthew. They were raised in Shepperton, Surrey, UK.

Living with her brother, she became tomboyish.

Similarly, she belongs to British nationality and her ethnicity is mixed(English, Scottish, and Irish).

Talking about her education, she attended Notre Dame School and later went to Esher College for high school education. Similarly, she graduated with a degree in history from the University of Nottingham in the year 2003.

After that, she graduated from the London Academy of Music and Dramatic Art (LAMDA) in the year 2005.

Talking about her career, she is known for her performances in Suburban Shootout, Jane Eyre, and Alice Morgan in the BBC TV psychological crime drama Luther.

Similarly, Ruth Wilson played as Alison Lockhart in the Showtime drama The Affair and as the titular character in Mrs. Wilson. Some of her film credits include The Lone Ranger, Saving Mr. Banks, I Am the Pretty Thing That Lives in the House, and Dark River.

Likewise, from 23 July to 3 October 2009, she appeared as Stella in the Donmar revival of A Streetcar Named Desire. After that, on 15 November 2009 AMC Television and ITV premiered the 2009 TV miniseries remake of The Prisoner.

Furthermore, in November 2018, she starred as the title character Alison Wilson her real grandmother in the BBC drama Mrs. Wilson.

Likewise, she won Tony Award for Best Leading Actress in a Play. Similarly, in 2019, she was nominated for the Drama Desk Award and the Drama League Award in the same year too.

She has an estimated net worth of $3 million. Similarly, she might earn a huge amount of money from her career but she has not revealed her salary and incomes. Her primary source of income is acting.

Her exit from The Affair sparked some controversy. Her character was unexpectedly killed off. Moreover, she publicly said that she did not want to leave but she is not allowed to talk about her exit.

Rumors suggested that it was because of her salary. She previously said that her male counterpart earns much more than what she earned in an interview.

Ruth Wilson has a height of 5 feet 6 inches and her weight is around 55 kg. Similarly, her hair color is light brown and she has blue color eyes. Her body measurement is 32-24-34 inches and she has dress size 2.

You may also like Maisie Williams, Roxanne Pallett, and Lisa Vanderpump.

The Story Behind Ruth Wilson Leaving ‘The Affair’;”The Environment Was Very Toxic” Says The Actress!!

Ryan O’Callaghan: his gay nature, his story from football to suicidal tendency to coming out with the truth! Read it all here!

Palwinder Kaur got no chill! Was she catfished by “fake Prince Harry?”

How did Beyonce and Jay Z celebrate their 13th wedding anniversary?