You have reached the cached page for https://www.dailymail.co.uk/news/article-3591246/Unknown-British-schoolgirl-11-toast-Cannes-starring-role-Steven-Spielberg-s-BFG.html
Below is a snapshot of the Web page as it appeared on 11/25/2020 (the last time our crawler visited it). This is the version of the page that was used for ranking your search results. The page may have changed since we last cached it. To see what might have changed (without the highlights), go to the current page.
You searched for: Ruby Barnhill We have highlighted matching words that appear in the page below.
Bing is not responsible for the content of this page.
Ruby Barnhill becomes toast of Cannes 2016 for Steven Spielberg's The BFG | Daily Mail Online

Unknown British schoolgirl, 11, becomes toast of Cannes for her starring role in Steven Spielberg's The BFG

By Matt Hunter For Mailonline

One of the stars of the latest Steven Spielberg blockbuster to light up the Cannes Film Festival is a 11-year-old British school girl.

Ruby Barnhill was alongside the legendary director and actor Mark Rylance at the premiere of The BFG in France yesterday.

She stars as plucky youngster Sophie in the film based on the well-loved 1982 Roald Dahl children's book. 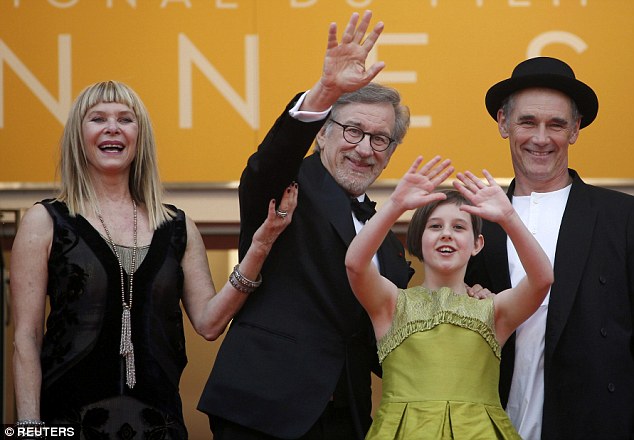 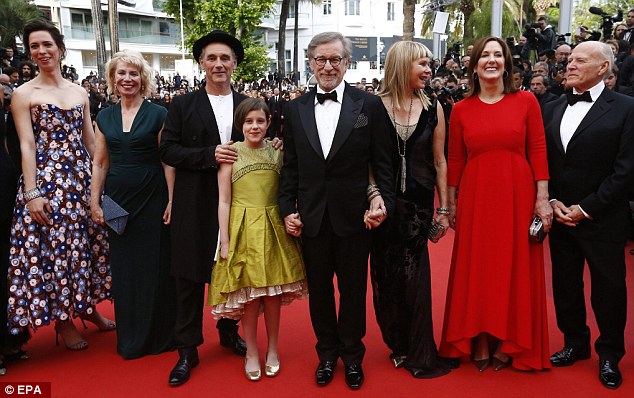 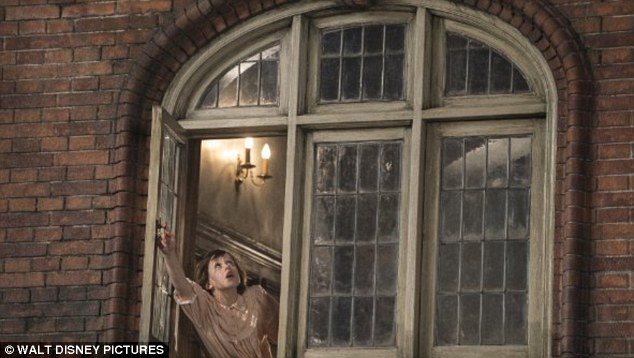 Ruby's parents Paul and Sarah and sister Darcey are with her in Cannes. Paul, an actor who has performed in television soaps and at the Sadler's Wells Theatre in London, makes an appearance in the film as a footman

The girl from Cheshire had never acted on the big screen before when Spielberg selected her for the role.

She was 'amazed' to be at the film festival after previously learning her craft in drama classes.

Ruby was only able to be on the red carpet alongside the Jaws film-maker and Rylance, who stars as the giant, after being excused from her homework.

In the film Sophie is taken from her orphanage by the giant to enter a world of fantasy.

Appearing on the red carpet, Ruby said: 'The only thing that I have ever done before doing this incredible film was going to a drama class for a very long time.

'And I did a children's TV show. It feels really magical and amazing to think I'm here now.

'I'm so excited to be in Cannes. It's a dream come true.'

According to TMZ, if The BFG is a hit and a further two films are made she would earn £490,000 before bonuses.

Her only previous professional role was in BBC children's drama 4 O'Clock Club.

Ruby's parents Paul and Sarah and sister Darcey are with her in Cannes.

Paul, an actor who has performed in television soaps and at the Sadler's Wells Theatre in London, makes an appearance in the film as a footman.

Spielberg chose Ruby, from near Knutsford, Cheshire, after seeing her skills in just one audition. 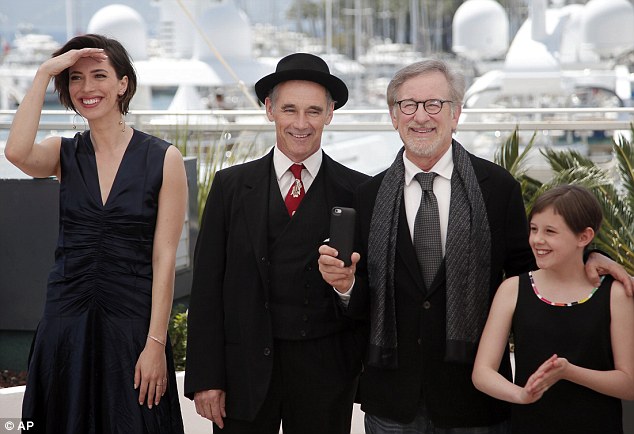 Rebecca Hall, Mark Rylance, director Steven Spielberg and actress Ruby Barnhill, from left, pose for photographers during a photo call for the film The BFG 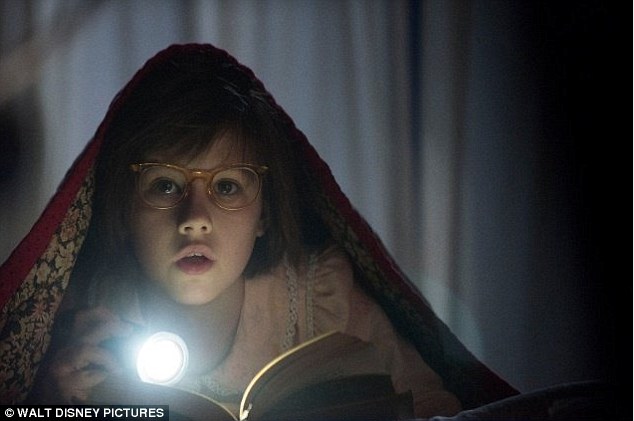 She asked questions and thought up ideas on how to work on her character which impressed Spielberg.

Ruby said, according to The Telegraph: 'Steven came in and I was literally shaking. I was like, 'Oh my goodness.' After the first five minutes, I just felt like really, really comfortable straight away.'

She has been compared to Drew Barrymore, another actor spotted by Spielberg at a young age for his film E.T.

In the BFG film version Sophie helps the giant find his courage and to rescue children who are at risk from flesh-eating giants.

Downton Abbey star Penelope Wilton plays the Queen in the film,who, along with her corgis, help the giant and Sophie.

In a scene not in the book, the monarch, along with her staff and military generals, are afflicted by the Dahl creation of 'whizzpoppers' - which cause people to pass wind after drinking the special fizzy drink.

When asked what the real Her Majesty would think about the scene, Spielberg said: 'We thought the Queen should certainly have equal time with everyone else doing that sequence.

'We didn't want to leave her out. We think she has a good sense of humour and she'll be fine with that.'

In other changes in the film, scriptwriters create a Prime Minister named 'Boris'.

Rylance has just won Bafta's best leading actor award for his portrayal of Thomas Cromwell in the BBC Two adaptation of Wolf Hall.