You have reached the cached page for https://tactaniumpublicationsuk.wordpress.com/2018/02/15/ross-mullan/
Below is a snapshot of the Web page as it appeared on 1/14/2021 (the last time our crawler visited it). This is the version of the page that was used for ranking your search results. The page may have changed since we last cached it. To see what might have changed (without the highlights), go to the current page.
You searched for: Ross Mullan We have highlighted matching words that appear in the page below.
Bing is not responsible for the content of this page.
Ross Mullan – Tactanium Publications
Skip to content

Canadian born actor, Ross Mullan, most known for being a White Walker on Game Of Thrones and a variety of characters in Doctor Who, including a Silent and The Teller. He is also well known among children’s television for voicing Neville in Bear Behaving Badly on CBBC and for playing The Numbertaker in CBeeBies’ Numberjacks.

Since moving to London from Montreal over 20 years ago, Ross has worked extensively in Film, Television and Theater. He began his performing career by mainly working in mask and physical theatre companies but then began writing his own material and playing clubs and bars doing comedy.

Ross started treading the boards by doing international tours of shows such as East of Eden, David Copperfield, A Christmas Carol and Sherlock Holmes. He also played Orsino in Bath Theatre Royal’s Production Of Twelfth Night. Next came the title role for the Selfish Giant at Leicester Haymarket Theatre and bought the critically acclaimed play Thick from the Edinburgh Festival to New York City with sold out performances.

Ross is an established Puppeteer and voice over artist having trained with Jim Henson’s Company many years ago. This meant he had complete creative control over Nev the Bear.

Ross had always wanted to be an actor since he was 4 years old after watching shows like Bewitched, Gilligan’s Island, Addam’s Family and The Munsters first inspired his young heart. He started acting classes at 13 years old and had never looked back. He loves a wide varied work schedule from Classical Theatre to Science Fiction Fantasy to Voice Over work. He doesn’t have a bad word to say about anything he does, but he does love the challenge of something new. He really enjoys being “made up” into his characters and the longest he has been in the chair for a sitting is 5 hours for the White Walker from Game Of Thrones. He says, “All worth it though as the team make it fun. Lots of gossip and giggles.” I asked Ross if he wasn’t an actor then what would he like to do. His response was that he once thought about being a Vet because he adores animals but he doesn’t have the stomach for surgery work.

Ross stands at 6ft 4ins, is Bald but has Brown (and Grey) hair, and he has Brown eyes. He also has a cat named Parsnip. He has recently finished filming on the horror/thriller production, Perpetual for Loose Canon Films. Ross is managed by Sarah Barnfield for Price Gardner Management Ltd. And his voice over work is managed by Excellent Talent Limited.

Thank you to Ross and his management for use of the information given on this page. We are very pleased to have him featured among our list of talented artistes. 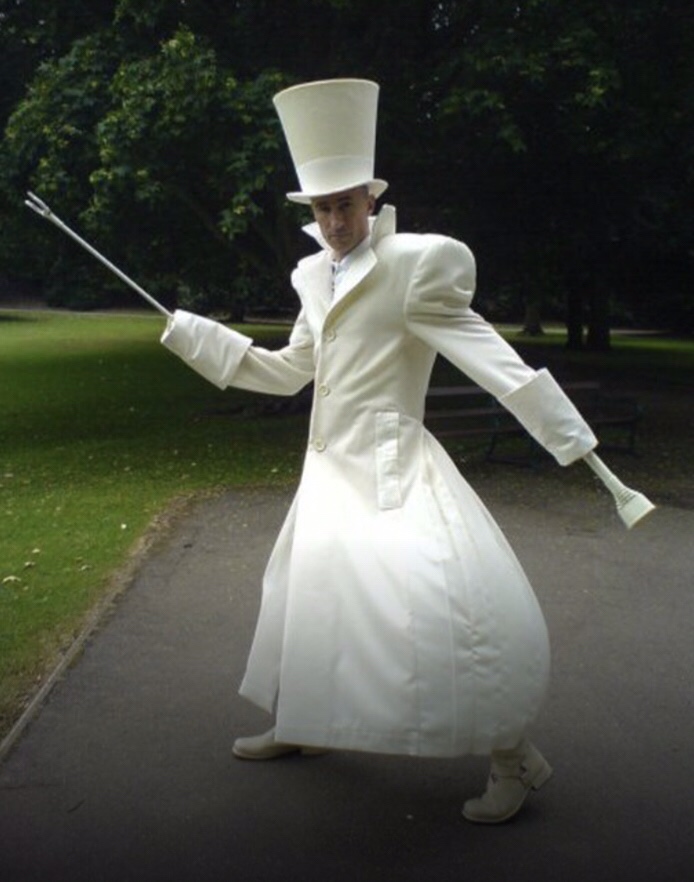