You have reached the cached page for https://letterboxd.com/film/clash-of-the-titans-2010/
Below is a snapshot of the Web page as it appeared on 4/12/2021 (the last time our crawler visited it). This is the version of the page that was used for ranking your search results. The page may have changed since we last cached it. To see what might have changed (without the highlights), go to the current page.
You searched for: Ross Mullan We have highlighted matching words that appear in the page below.
Bing is not responsible for the content of this page.
‎Clash of the Titans (2010) directed by Louis Leterrier • Reviews, film + cast • Letterboxd 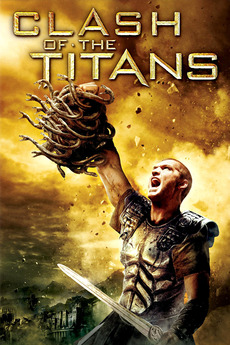 Clash of the Titans
JustWatch

Clash of the Titans

Born of a god but raised as a man, Perseus is helpless to save his family from Hades, vengeful god of the underworld. With nothing to lose, Perseus volunteers to lead a dangerous mission to defeat Hades before he can seize power from Zeus and unleash hell on earth. Battling unholy demons and fearsome beasts, Perseus and his warriors will only survive if Perseus accepts his power as a god, defies fate and creates his own destiny.

I’m sick of sorting through concerts, series, and other non-movies. Anything with more than 1,000 views on Letterboxd that’s longer…

Each movie has a list of episodes in which…

Movies with sexual assault/rape in them

This list was spawned from a conversation I had with a friend of mine, who was looking for some horror…

Movies that make you think about religion

Both for my study and for personal reasons, I am very interested in the concept of religion as portrayed in…

A listing of every film that can be completed as part of a Letterboxd Collection.