You have reached the cached page for https://www.cbc.ca/news/canada/ottawa/got-actor-in-ottawa-1.5218481
Below is a snapshot of the Web page as it appeared on 2/27/2021 (the last time our crawler visited it). This is the version of the page that was used for ranking your search results. The page may have changed since we last cached it. To see what might have changed (without the highlights), go to the current page.
You searched for: Ross Mullan We have highlighted matching words that appear in the page below.
Bing is not responsible for the content of this page.
Game of Thrones actor returns to Ottawa theatre | CBC News
Ottawa

The Bonds of Interest is a Spanish satire that has been translated to English for this performance.

Ross Mullan is back at the Odyssey Theatre after 26 years

Actor Ross Mullan is making a return to the Odyssey Theatre in Ottawa this summer after a 26-year hiatus, and he's bringing a taste of winter with him.

The British-Canadian actor played multiple White Walkers in the award-winning fantasy series Game of Thrones that came to its conclusion earlier this year.

Now Mullan has joined the cast of The Bonds of Interest, which is set to debut in Ottawa's Strathcona Park.

Performances start July 25 and run until Aug. 25, and include shows at 8 p.m. from Tuesday to Sunday and a 2 p.m. matinee on Sundays. 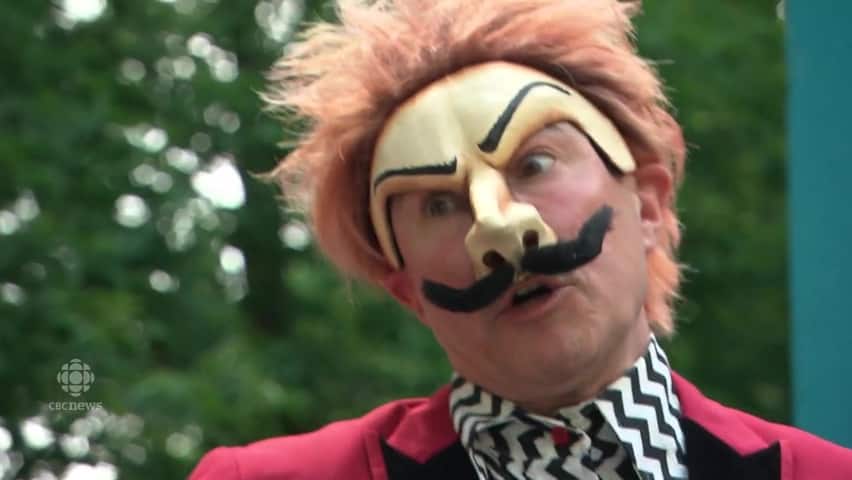 2 years ago
1:19
Ross Mullan, who played several White Walkers on HBO's Game of Thrones, credits his success to his early work with Odyssey Theatre. 1:19

Mullan grew up in Montreal, Que., and trained at Ryerson University in Toronto before he joined the Odyssey Theatre in Ottawa. He went on to work in London, England to perform on stage and in television.

The Bonds of Interest is a satire that follows two con artists as they attempt to swindle an entire town, as well as a cast of characters who want to get rich quick with them.

Mullan said the play brought him back to Ottawa and the Odyssey Theatre, and credited the theatre's artistic director Laurie Steven.

"I've never really played a character like that in my life. So Laurie and I thought that this would probably be a good project for me to come back [to] and this looked like it was the right season."

The play was written by Nobel Prize laureate Jacinto Benavente and has been translated from the original Spanish by Catherine Boyle of King's College London in collaboration with Steven.

Add some “good” to your morning and evening.

A variety of newsletters you'll love, delivered straight to you.

To encourage thoughtful and respectful conversations, first and last names will appear with each submission to CBC/Radio-Canada's online communities (except in children and youth-oriented communities). Pseudonyms will no longer be permitted.

By submitting a comment, you accept that CBC has the right to reproduce and publish that comment in whole or in part, in any manner CBC chooses. Please note that CBC does not endorse the opinions expressed in comments. Comments on this story are moderated according to our Submission Guidelines. Comments are welcome while open. We reserve the right to close comments at any time.