You have reached the cached page for https://www.chinahighlights.com/travelguide/china-history/the-ming-dynasty.htm
Below is a snapshot of the Web page as it appeared on 10/18/2021 (the last time our crawler visited it). This is the version of the page that was used for ranking your search results. The page may have changed since we last cached it. To see what might have changed (without the highlights), go to the current page.
You searched for: Plague (disease) wikipedia We have highlighted matching words that appear in the page below.
Bing is not responsible for the content of this page.
Ming Dynasty, History of Great Ming: Zhu Yuanzhang Emperors, Ming Time Period Events 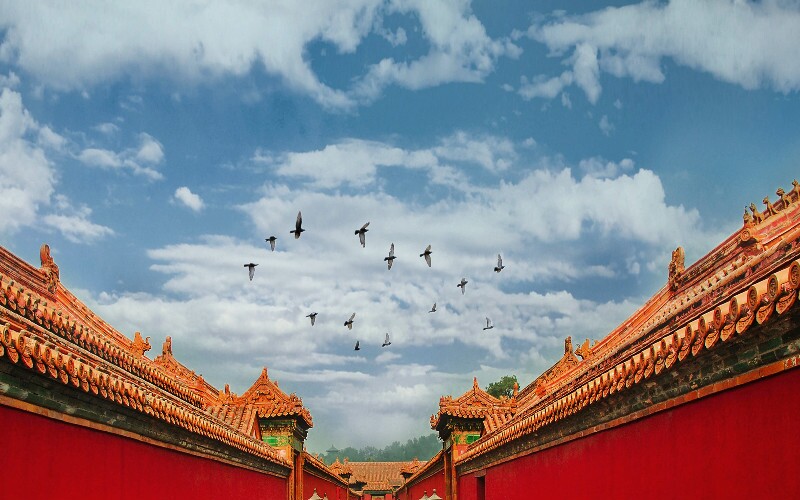 Most of the Great Wall was rebuilt to its best ever condition in the Ming Dynasty.

The Ming Dynasty (1368–1644) was the last ethnic Chinese dynasty, sandwiched between two foreign ones: the Mongol-led Yuan Dynasty and the Manchurian Qing Dynasty. It was the fourth longest Chinese dynasty, lasting for 276 years.

It began with a decline in the Mongol Empire and uniting of ethnic Chinese resistance; flourished with a growth in foreign trade, art, and literature; and ended with natural disasters, war, and internal rebellion, which weakened the Chinese ready for defeat by the united Manchurian forces.

During the final 40 years of the Yuan Dynasty era there were famines, drought, flooding of the Yellow River, a bubonic plague pandemic, and other natural disasters. Tens of millions of people died or became homeless.

The 'Spirit Way' to the Mausoleum of Zhu Yuanzhang in Nanjing

Born in 1328, Zhu Yuanzhang was an ordinary boy among tens of thousands of poor peasants. When he was 16, the Yellow River flooded his home and his entire family died from catching a disease. He took shelter in a Buddhist monastery and then joined the peasant rebellion after the monastery was destroyed by the Mongol army.

With decades of effort, Zhu Yuanzhang became the leader of a strong army.

In 1358, Zhu's army conquered Nanjing. He made Nanjing his capital.

Over the next 10 years, he defeated all other powerful rival armies. In 1368, he attacked the Yuan empire capital of Dadu (Beijing) and gained control of Beijing. The Yuan court fled northwards.

Zhu Yuanzhang claimed the Mandate of Heaven in 1368 and established the Ming Dynasty. Hongwu Emperor was his title. His name meant "Vast Magnificent Military".

Eunuch demoted: In earlier dynasties, eunuchs had been involved in internal politics and were responsible for a lot of the court's decadence. To limit their power and ensure the centralization of authority, eunuchs were not allowed to engage in official affairs and had to be illiterate.

Emperor Hongwu staffed his bureaucracy with officials who passed the Neo-Confucian Imperial Examinations. These officials were dependent on the court for their position, so that they might prove to be more loyal. They were generally very intelligent and well educated.

Hongwu grew up as a peasant, and maybe he championed their plight since he knew firsthand that they were often reduced to slavery and starvation by the rich and the officials.

He instituted public work projects, and he tried to distribute land to the peasants. During the middle part of his reign, Hongwu made an edict that those who brought fallow land under cultivation could keep it as their property without being taxed.

By the end of his reign, cultivated land had increased substantially. The peasants prospered because they sold their produce to the growing cities. During his reign, the population increased quickly.

Emperor Hongwu grew up as a peasant and he knew only too well that peasants were often reduced to slavery and exploitation by the rich and officials.

He tried to weaken the merchant class and to force them to pay high taxes, and he even relocated a large number of them. In 1371, Emperor Hongwu issued a sea ban policy.

In 1398, Emperor Hongwu died. According to his will, Hongwu's grandson Zhu Yunwen became the new ruler as Hongwu's eldest son had died. Zhu Yunwen was known as Emperor Jianwen.

In 1402, Emperor Jianwen's uncle, Zhu Di, led an insurrection against him. Zhu Di was the fourth son of Hongwu and he became the third emperor of the Ming Dynasty - Emperor Yongle.

In 1402, Zhu Di burned down the palace built by Hongwu in Nanjing. Then he moved the capital to Beijing and construction of a new capital city – the Forbidden City – lasted from 1406 to 1420.

In order to provide quick transportation to his capital city, he rebuilt the Grand Canal from 1411 to 1415. This increased commerce in the north.

Read more on Zheng He's Voyages to the West.

Emperor Yongle built a big fleet, and he made Zheng He (1371–1433), who was a Muslim eunuch, the leader of it. The fleet was sent on expeditions to gather tributes and to go to the West to trade.

The fleet sailed as far as Arabia. Zheng He and his Muslim sailors made the Hajj at Mecca. He may have also reached Africa. It is said that seven missions were sent out and that 2,000 ships were constructed for these missions.

As the fifth emperor of the Ming Dynasty, he ruled over a peaceful and prosperous period.

In 1432, Emperor Xuande issued a sea ban policy. In 1433, the court canceled sponsored sailing missions after Zheng He died.

He set up schools in court for eunuchs. The eunuchs started to become involved in politics.

Although the Ming court stopped sending out fleets to the West, Western Europeans came to them to trade and to teach Christianity. There was a high demand for manufactured products, such as porcelain and silk, in the West and Japan.

In 1449, a Mongol leader led an invasion and captured Emperor Ying. This was called the Tumu Crisis. His brother became Emperor Dai with the support of the court. Emperor Ying was released by the Mongols - he was under house arrest for 7 years and retook the throne after Emperor Dai died in 1457.

In the early 1500s, the Europeans arrived to trade. Rafael Perestrello, who was a cousin of the wife of Christopher Columbus, arrived in Guangzhou in 1516 to trade.

Then a large Portuguese expedition arrived in Guangzhou in 1517, but the landing party was put in jail. After this, there were naval battles that the Portuguese generally lost.

In 1556, a serious earthquake happened in Shanxi that is thought to have been the deadliest earthquake in history. About 800,000 people, 30 percent of the people in Xi'an, were killed.

Emperor Shen was the longest reigning emperor of the Ming Dynasty.

In the late 1500s, the merchants prospered greatly from foreign trade. The fortunes of the empire became heavily reliant on trade.

Then in the 1590s, the Ming managed to help their Korean allies defeat two Japanese campaigns, but it was at great cost to the empire. 26 million ounces of silver was paid.

Jesuits Influence Limited in the Ming Court (from 1601)

Wangfujing Catholic Church in Beijing is a testament to the lasting influence of Ming Dynasty Catholicism in China.

In 1582, a Jesuit named Ricci landed in Macau. He and his fellow Jesuits highly appreciated the philosophy and the culture of the Ming people and they studied the teachings of Confucianism and Daoism deeply.

By 1615, there were 10,000 converts. Some Jesuits were welcomed as court officials after 1601. Some of the Jesuits in the Ming court were very good scientists. They tried to introduce Western science and philosophy to the rulers and officials, but were largely unsuccessful.

During the early 1600s, there were an unusually large number of earthquakes. From 1621 to 1627, there were two earthquakes above 7 on the Richter scale.

In the first half of the 1600s, famines became common in northern China because of unusually dry and cold weather that shortened the growing season. The change of climate occurred throughout the world and is called the Little Ice Age.

Down this 'Spirit Way', Ming emperors were interred in Beijing's 13 Ming Tombs.

In 1639, a Japanese shogun limited foreign imports as part of his isolationist policy. This further limited the empire's trade and contributed to the Ming empire's monetary crisis. The value of silver jumped markedly.

Because of the inflation of the price of silver and natural disasters, the farmers had more

There were great deficits, and soldiers deserted in large numbers because they were not paid.

The Ming troops were dispirited and perhaps underfed. A peasant soldier named Li Zicheng (1606–1645) mutinied with his fellow soldiers in western Shaanxi in the early 1630s after the government failed to ship supplies there. His rebel troops had a base of power in Hubei.

In 1641, a great epidemic started. It isn't known how many died from the plague, but it is said that 90% of the people in one area died from it.

In the 1640s, another ex-soldier named Zhang Xianzhong (1606–1647) created a rival rebel base in Chengdu, Sichuan Province.

In 1644, Li Zicheng's troops were allowed into Beijing when someone opened the gates for him to enter. The last Ming emperor hanged himself on a tree. But the rebel troops didn't enjoy this victory.

Invasion by the Manchurians

Li Zicheng sent an army to attack a Ming general named Wu Sangui and his army who were guarding the Great Wall against the Manchus at Shanhaiguan Pass. The general sided with the Manchus and let them through the gate of the Great Wall. Then the Manchus conquered Beijing in 1644.

Most of the Ming Dynasty cultural sites are in Beijing and Nanjing. These two cities served as the capitals of the dynasty. Beijing was the capital for the final 262 years.

Ming sites to enjoy on a Beijing tour:

Our premier Beijing tour: Our 4-Day Essence of Beijing Tour covers the main highlights of Ming Beijing, including the Forbidden City, the Great Wall, and the Temple of Heaven.

Your Wellbeing is Our Priority.
Your Trip is Perfectly Planned.
Your Booking is Risk-Free.

We are here to help you...
start planning your tailor-made China tour with 1-1 help from our travel advisors. Create Your Trip

China Highlights tailor-makes China tours to help travelers discover China their way. We're a passionate team of one hundred avid travelers who love to share our knowledge of China with those looking for a more authentic travel experience, more ...
Follow Us
Featured on