You have reached the cached page for https://www.amazon.com/Phoebe-Wonderland-Original-Picture-Soundtrack/dp/B00KSSGGBG
Below is a snapshot of the Web page as it appeared on 6/15/2020 (the last time our crawler visited it). This is the version of the page that was used for ranking your search results. The page may have changed since we last cached it. To see what might have changed (without the highlights), go to the current page.
You searched for: Phoebe in Wonderland [Original Motion Picture Soundtrack] Christophe Beck We have highlighted matching words that appear in the page below.
Bing is not responsible for the content of this page.
Phoebe In Wonderland (Original Motion Picture Soundtrack) by Christophe Beck on Amazon Music - Amazon.com 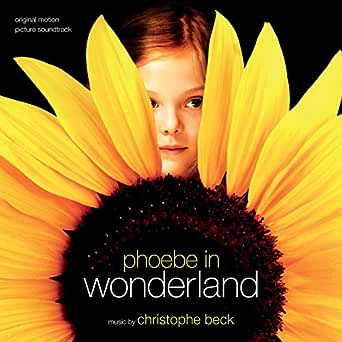 You have exceeded the maximum number of MP3 items in your MP3 cart. Please click here to manage your MP3 cart content.
TITLE added to MP3 cart 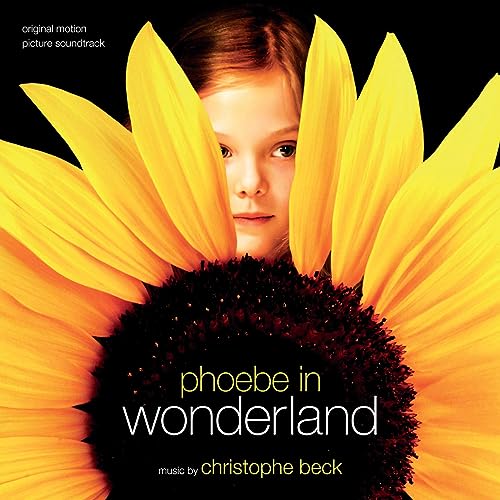 4.7 out of 5 stars
4.7 out of 5
4 customer ratings
How does Amazon calculate star ratings?
Amazon calculates a product’s star ratings based on a machine learned model instead of a raw data average. The model takes into account factors including the age of a rating, whether the ratings are from verified purchasers, and factors that establish reviewer trustworthiness.
Top Reviews

Blue Dragonfly
5.0 out of 5 stars Wonderful "Tiny" Soundtrack
Reviewed in the United States on February 3, 2013
Verified Purchase
I happened upon this movie - a great film with a stunning performance by such a young actress - and immediatly fell in love with the music. It's not some big orchestral "James Bond" work, but a collection of softer, moody pieces.

Amazon Customer
5.0 out of 5 stars Charming
Reviewed in the United States on March 24, 2009
Unfortunately I live in a town that doesn't get a lot of limited release films, I didnt catch this one in theaters. So I have no idea if the music and the film go well together. But that aside I think this soundtrack is actually quite lovely, which was a bit of a suprise as I did not know what kind of style to expect. What you get here is a deceptively simple and intamate score where each song seems to desolve into the next. creating a sort of waking dreamscape. It's whimsical without being overly sweet, quirky in all the right ways. With an intriguing mixture of shadow and brightness that is not overwhelming in either direction. Christopher Beck has acheived a child like sensibilty with out seeming heavy handed or forced. so that what you end up with is music to take a mental vacation to. Really I mean just press play and drift to your happy place. Some of the cues very short but you don't really notice. I truely think this soundtrack is somthing special.

Jon Broxton
3.0 out of 5 stars Pleasant enough
Reviewed in the United States on January 7, 2010
Phoebe in Wonderland is a family drama examining the life of a 9-year-old girl with Tourette's Syndrome. Elle Fanning (the little sister of Dakota) stars as Phoebe, an odd and insecure little girl, whose parents (Felicity Huffman and Bill Pullman) are on the brink of divorce, and whose home-stresses manifest themselves through OCD-like behavior. However, when Phoebe discovers acting, and auditions for a part in the school production of Alice in Wonderland, she finally finds a way to cope with her life and her illness. The film, which was directed by Daniel Barnz and won acclaim at the 2008 Sundance Film Festival, has an original score by French-Canadian composer Christophe Beck.

His music is generally light and airy, making use of gently flirtatious piano lines, idiosyncratic solo violin performances and quirky Newmanesque percussion which features marimbas, xylophones and glockenspiels in prominent roles. The lovely "Main Titles" provide the clearest and most fully developed synthesis of the style, although the overall feeling of whimsy and child-like imagination is retained throughout the score.

The majority of the subsequent cues build on this style, presenting half an hour of charming, slightly eccentric music that maintains a sense of innocence. Certain cues highlight a particular instrumental performance or color: "Auditions" features a blustery comic march with heavy pizzicato writing; "Down to Dinner" has a sonorous cello solo; "The Red Queen" has some lively and expressionistic solo violin parts; "I Feel Ugly" has bittersweet piano melodies; "Who I Am" has a beautiful sequence for solo harp, and so on and so forth. The score also has a recurring 4-note motif similar to the one James Horner often uses, which is passed around varying instruments in a number of cues, such as the sprightly "How to Put On a Play". The emotional high point of the score comes towards the end in the pretty "Realligator", and it's all very pleasant and undemanding, but is so insubstantial that it is gone from the memory almost as soon as the score is over.
Read more
Helpful
Comment Report abuse
See all reviews from the United States