You have reached the cached page for https://www.amazon.com/Philomena-Original-Motion-Picture-Soundtrack/dp/B00GJPIHIC
Below is a snapshot of the Web page as it appeared on 11/13/2020 (the last time our crawler visited it). This is the version of the page that was used for ranking your search results. The page may have changed since we last cached it. To see what might have changed (without the highlights), go to the current page.
You searched for: Philomena [Original Motion Picture Soundtrack] Alexandre Desplat We have highlighted matching words that appear in the page below.
Bing is not responsible for the content of this page.
Philomena (Original Motion Picture Soundtrack) by Alexandre Desplat on Amazon Music - Amazon.com 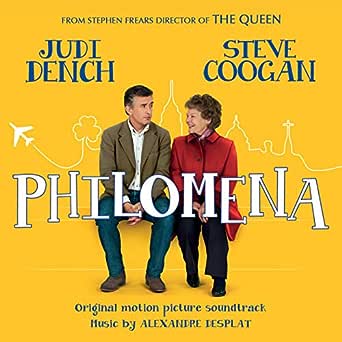 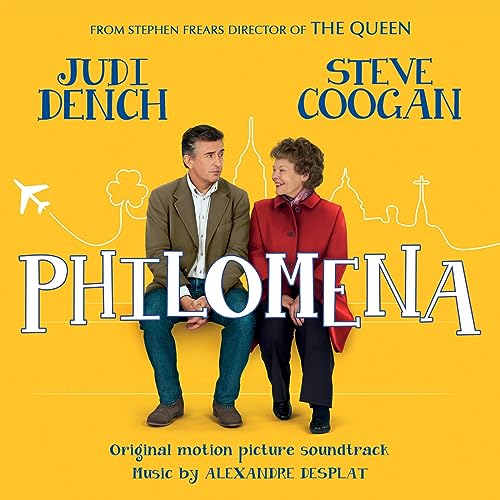 Alexandre Desplat
3.8 out of 5 stars 5 ratings
Buy the CD album for $18.98 and get the MP3 version for FREE.&nbspCD album ships from and sold by Amazon.com. Terms and Conditions. Does not apply to gift orders. Complete your purchase of the CD album to save the MP3 version to your Music Library.

Listen Now
Buy MP3 Album $11.49
Your Amazon Music account is currently associated with a different marketplace. To enjoy Prime Music, go to Your Music Library and transfer your account to Amazon.com (US).

3.8 out of 5 stars
3.8 out of 5
5 global ratings
How are ratings calculated?
To calculate the overall star rating and percentage breakdown by star, we don’t use a simple average. Instead, our system considers things like how recent a review is and if the reviewer bought the item on Amazon. It also analyzes reviews to verify trustworthiness.
Top reviews

Bloomingdalekid
4.0 out of 5 stars Nice as a mix in with other music
Reviewed in the United States on December 7, 2014
Verified Purchase
Absolutely loved this movie, so figured the soundtrack would bring back good memories of the movie. The soundtrack is a little sad, because if you know the story, the story was kind of sad.
Read more
Helpful
Comment Report abuse

Paul AllaerTop Contributor: Classical Music
TOP 50 REVIEWERVINE VOICE
4.0 out of 5 stars Beautiful orchestral score... 6th time the charm for Desplat?
Reviewed in the United States on February 12, 2014
I recently saw "Philomena" in the theater and as I was watching I made a mental note to myself to check out the soundtrack, as I really enjoyed the orchestral score in the movie. The soundtrack comes from French composer Alexandre Desplat, a true veteran of movie soundtracks, both in Hollywood and in Europe. Just to give you an idea, he has composed the score for Hollywood movies like Zero Dark Thirty, Argo, and most recently The Monuments Men, and for such European movies like Rust and Bone, The King's Speech, and A Prophet, just to name those.

"Philomena - Original Motion Picture Soundtrack" (19 tracks; 51 min.) starts off with a breezy "Philomena", bringing us the leitmotif for the title character, which is followed by "Martin" (the other main character in the movie), with its own musical theme. "Adoption" is a quiet, almost wistful, tune. Piano-led "Reminiscence" is even more understated. "Landing in USA" is dreamy and old-school optimistic. One of the very best tracks is buried deep towards the end, "Anthony's Story" (also coming at a crucial moment in the movie). The soundtrack closes with a sentimental (in a good way) "Farewell" and then a short "Fairground Carousel". The latter frankly is a bit ajar compared to everything else on the soundtrack, but it's a minor quibble 9and lasts only a minute). In fact, many of these tunes are in the 1 to 2 min. range. It doesn't bother me, and in fact I find this score playing very nicely as one cohesive piece of work, a symphony in 19 movements, if you will. As is often the case with these orchestral scores, you can almost make out the plot from just looking at the tunes' titles ("Airport", "Landing in USA", "Discovering Michael", etc.), and to be honest it's a little annoying (in particular for those who haven't seen the movie yet), but I suppose it's unavoidable. If you like orchestral movie scores, you will really enjoy this one. Alexandre Desplat has earned 5 previous Oscar nominations for Best Soundtrack, yet has never won. I was not surprised to read that "Philomena" earned him his 6th Oscar nomination. He's got some tough competition (primarily from the "Gravity" soundtrack, in my opinion), but maybe the 6th time is the charm for Desplat. I wish him good luck!

Just a couple of words on the movie: the theater screening I saw this at was packed, and the crowd laughed and hollered at all the right times, and ate up this movie. While perhaps not the great, serious movie that one might have expected, "Philomena" is a moving 'human interest story' (as Martin coined it) nevertheless.

Bottom line" "Philomena", both the movie and the soundtrack, is very much worth checking out. HIGHLY RECOMMENDED!
Read more
3 people found this helpful
Helpful
Comment Report abuse

Kaya Savas
3.0 out of 5 stars A More Than Decent Score That Feels Just A Tad Uninspired
Reviewed in the United States on February 20, 2014
In 2011 Alexander Desplat composed 9 scores, he composed 9 scores in 2012 and 6 scores in 2013. Philomena was his only English feature as he decided to stay focused with films in his native country of France. The man is a very high in-demand composer, and rightfully so. He’s one of the best. His music is extraordinary at times, and his emotional range is pretty impressive. Philomena sees Desplat and director Stephen Frears working together for the fourth time. Philomena is quite a unique score that incorporates waltzes, a whimsical sense and lots of melodic hooks to craft some engaging drama.

The story follows a weary reporter who discovers a mother searching for her long lost son from whom she was separated from when she gave birth is a drama right in Desplat’s range. The score has a great little central motif plus lots of other melodies throughout. I think that the fact that this score is something that Desplat could compose in his sleep may also be the reason why it feels just a tad uninspired. I thoroughly enjoyed the experience, but felt like the score didn’t delve too much into the characters. While there are some slight emotional builds, it felt more like Desplat was running in place at some points. The waltzy nature of the score does create a very nice flow and a pacing that keeps you engaged, minus the few spots of “running in place”. Overall, it’s a very safe and expected score from Desplat. With a theme that is similar to his work on Extremely Loud & Incredibly Close it has all the right attractions, but once you’re into it you want the music to try something a little more to keep you attracted.

Philomena is a more than decent score from one of the great working auteurs even if it feels a tad uninspired. The waltz structure of it all keeps the pacing and keeps it interesting, but it does run over the same ground repeatedly. The emotions are there simmering on low, but the score could have done much more maybe with a tad bit more variation. It’s still very enjoyable, but nowhere near the level of recent Desplat masterpieces like Moonrise Kingdom.
Read more
4 people found this helpful
Helpful
Comment Report abuse
See all reviews