You have reached the cached page for https://www.amazon.com.au/Outfield-Menace-Mark-Roeder/dp/0595362346
Below is a snapshot of the Web page as it appeared on 11/18/2020 (the last time our crawler visited it). This is the version of the page that was used for ranking your search results. The page may have changed since we last cached it. To see what might have changed (without the highlights), go to the current page.
You searched for: Outfield Menace We have highlighted matching words that appear in the page below.
Bing is not responsible for the content of this page.
Outfield Menace: Roeder, Mark A.: Amazon.com.au: Books

Flip to back Flip to front
Listen Playing... Paused   You're listening to a sample of the Audible audio edition.
Learn more
See this image 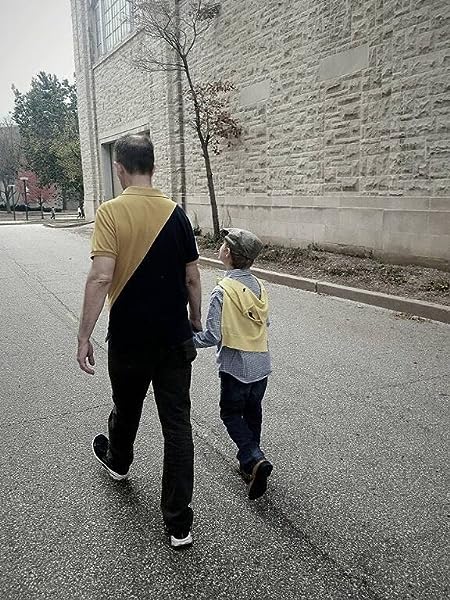 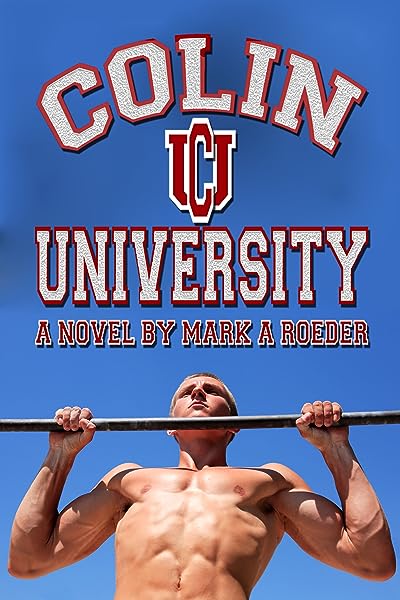 Get 90 days FREE of Amazon Music Unlimited
with the purchase of any eligible product. Shop now
click to open popover

Page 1 of 1 Start overPage 1 of 1
This shopping feature will continue to load items when the Enter key is pressed. In order to navigate out of this carousel please use your heading shortcut key to navigate to the next or previous heading.
Back
Next
Start reading Outfield Menace (Gay Youth Chronicles) on your Kindle in under a minute.

Pre-order Books. Order now from our extensive selection of books coming soon with Pre-order Price Guarantee.
If the Amazon.com.au price decreases between your order time and the end of the day of the release date, you'll receive the lowest price. Shop now

4.5 out of 5 stars
4.5 out of 5
14 global ratings
How are ratings calculated?
To calculate the overall star rating and percentage breakdown by star, we don’t use a simple average. Instead, our system considers things like how recent a review is and if the reviewer bought the item on Amazon. It also analyses reviews to verify trustworthiness.

There are 0 reviews and 0 ratings from Australia

Sprinkler_UK
5.0 out of 5 stars Simply Outstanding.
Reviewed in the United Kingdom on 24 February 2017
Verified Purchase
I have been reading Mark's wonderful books back-to-back for about six months now. Mostly in chronological order but I had started on Beautiful and read on from there. Having got to the end of the list I have returned to read the few I missed. Outfield Menace is simply outstanding. As with all of Marks books the characters are so well defined you can really feel their pain and joy. As well as Kurt and Angel there are a couple of other supporting characters, I wont say who, who make you feel completely hopeful. It has and continues to be an absolute joy to read the entire body of Mark's books and this is one of the best.
Read more
Report abuse

Kindle Customer
4.0 out of 5 stars The beginning!
Reviewed in the United Kingdom on 2 May 2020
Verified Purchase
So the start of the series, amazing the apparent level of homophobia in US schools of the 1950's. Growing up in 1960's Scotland there was nowhere near the same level, reckoning Britain being roughly 10 years behind USA, we rarely came across it! Nice ending tho😉
Read more
Report abuse

J. Buke
4.0 out of 5 stars edit required Mr. Roeder, but kick ass mystery!!
Reviewed in the United States on 9 January 2014
Verified Purchase
I liked this book. It wasn't as bad as The Soccer Field is Empty. Now that book was a mess, but I give him a break it was his first novel and he gave his best shot. He has grown as a writer and he has a ton of titles under his belt...and they are good. I wish when I was in HS and out ( AS i WAS BACK IN THE 80'S) that I had these books. Now that I am Older I still like to read the YA novels because they are more fun and not as serious--I also love books that are part and an anthology and characters pop up here in there in the continuing novels. But when Kurt keeps saying "I love being with Angel and it's not just sex...it's being with." over and over and over and over again every other page I start to think 'ARE YOU TRYING TO CONVINCE ME OR YOURSELF KID?' It was too muc. Mr. Roeder thanks some people for looking over the manuscript and giving him edits...well I wouldn't be thanking him or her because they didn't do a very good job.
I said I was out in the 80's and wish I had these books back then... in my day the only book I had was The Front Runner. I have reread that book and over the years began a friendship with the author. I believe Billy told Harlan he loved him...maybe three or four times in that book and everyone (EVERYONE) who has read that book believes it and believes the story is real. Mr. Roeder needs to read that book or reread it if he has a chance to see that you don't have to say something over and over again to get the point across. Do you believe Kurt, Mr. Roeder? Because if you believed him you shouldn't have tried so hard to make yourself believe him. If you have no idea what I am talking about then you need to reread my review again then then pick up this novel and all of your others and read them. You might see what your eyes and so called editors have missed, but your readers (including myself) have seen. Other than that the book is a good story. The mystery was cool and I was WAY off on who I thought it was, that blew me away, that is why I gave it 4 stars that was well done, hats off to you, even shocked me and that's hard to do!!! But me...well I wouldn't have taken Angel back after he walked away. I would have just left it as over even with the way it ended. I really don't like him and will read Snow Angel but not with much enthusiasm, I felt he was kind of a s*** for walking away like he did. I understand why he did but still. If you read it you know what I am talking about, if you didn't and you do read it you will understand. One more thing to Mr. Roeder... please stop making your main characters so wimpy. The bathroom scene...I would have told to the couch what was happening...gone to the principal and then finally to the police...that was a partial rape. Never happened to me in school, and if it did, that would've been the end of that guys pecker cause I would have bit it off or at least tried to and damaged it at that. Some of your characters need a back bone and fight back.

Charles E. Brock
5.0 out of 5 stars The begining of a great series
Reviewed in the United States on 22 October 2012
Verified Purchase
All of Mark Roeder's well over twenty books are excellent and this one is the the first of a wonderful series, The Gay Youth Chronicales. The reader first meets a gay socker player in high school who wants to find someone to love and to love him. Enters the new boy, also a socker player and a beautiful love begins. Roeder's characters are so well defined in words that this reader felt as if he had been there with them and they became my friends. I found that I loved the good in their hearts and hate the evil in those who could not abide them The environment of the day and time as well as the fictitious location of Verona, Indiana, has its share of those who hate anyone who is "different" and tragedy follows.
Every young person who has faced the hurt of "being different" and the confusion that they have should read these books as well as the parents and others who beblive in "love they neighbor as thy self". All of us are responsible to work to bring change in the world and make a safe place for those who do not fit the so called "proper" genetic creation.

regpinky
5.0 out of 5 stars His writing is fantastic, and once I pick up any of his ...
Reviewed in the United States on 28 October 2015
Verified Purchase
I'm addicted to all of Mark Roeder's books. His writing is fantastic, and once I pick up any of his books I can't stop reading them. I'm only getting 5 hours of sleep per night because of it. I've now spent hundreds of dollars just to get the next book in his stories... I can't get enough. This was one of his best. It's truly fantastic and now I can't stop reading as the story progresses among other books with other characters. This one however was one of my favorite.
Read more
One person found this helpful
Report abuse
See all reviews
Get FREE delivery with Amazon Prime
Prime members enjoy FREE Delivery and exclusive access to movies, TV shows, music, Kindle e-books, Twitch Prime, and more.
> Get Started
Back to top
Get to Know Us
Make Money with Us
Let Us Help You
And don't forget:
© 1996-2020, Amazon.com, Inc. or its affiliates