You have reached the cached page for https://www.dailymail.co.uk/tvshowbiz/article-3752233/She-ego-size-house-Neighbours-fan-favourite-Carla-Bonner-slammed-cast-total-diva-similar-rumours-emerged-Home-Away-star-Pia-Miller.html
Below is a snapshot of the Web page as it appeared on 9/20/2021 (the last time our crawler visited it). This is the version of the page that was used for ranking your search results. The page may have changed since we last cached it. To see what might have changed (without the highlights), go to the current page.
You searched for: Neighbours S36 E309 We have highlighted matching words that appear in the page below.
Bing is not responsible for the content of this page.
Neighbours' Carla Bonner slammed by cast as a 'total diva' | Daily Mail Online

'She has an ego the size of a house': Neighbours fan favourite Carla Bonner slammed by cast as a 'total diva'... after similar rumours emerged about Home And Away star Pia Miller

She’s the Australian soap star that won the hearts of fans across the nation for her role as Stephanie Scully on Neighbours.

But now Carla Bonner is reportedly being slammed as Ramsay Street’s biggest diva by cast and crew members, who claim ‘she has an ego the size of a house’.

Sources from the Melbourne set of the show, allegedly told New Idea that the 43-year-old actress has been ‘difficult’ since rumoured money problems brought her back onto the set. 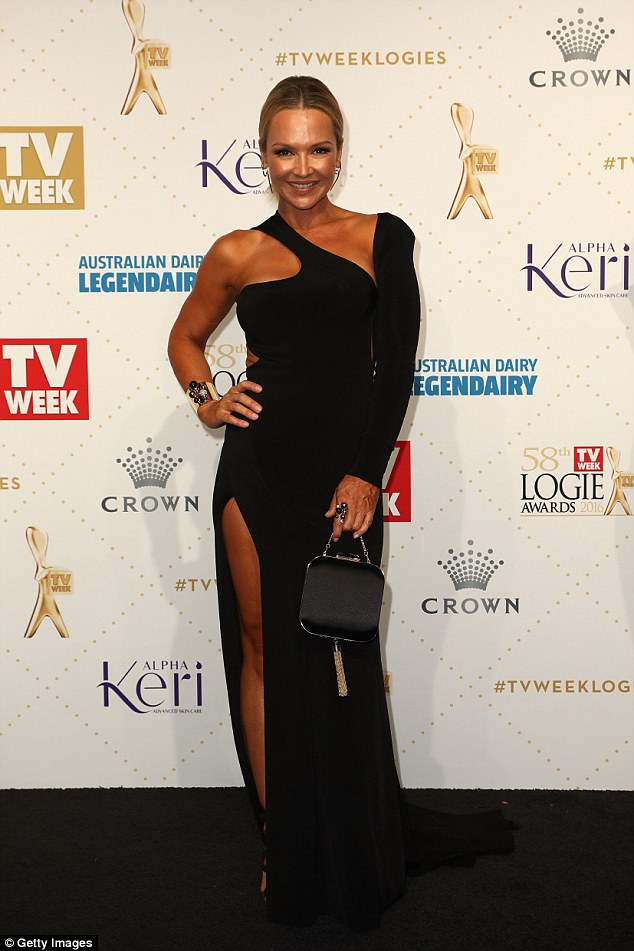 'She's really making herself very unpopular': Carla Bonner, 43, has been slammed as Australian Soap show, Neighbours, biggest diva by cast and crew since her return

Carla has been described as ‘control-hungry’, with a burning desire to be thrown back into the limelight and allegedly demanded the show's publicity department to ‘relaunch her career’.

‘When she was told there weren’t any magazine covers planned she just went ballistic,’ the magazine's source claimed.

The single mother-of-two is known for her role as the beloved character Stephanie Scully, who she played from 1999 before quitting in 2010 to seek a career in Hollywood making movies.

She played a small role in the movie Wentworth and wrote a dating guide for men called Hook, Line and Sinker, but according to one industry member left her run on Neighbours ‘too late’. 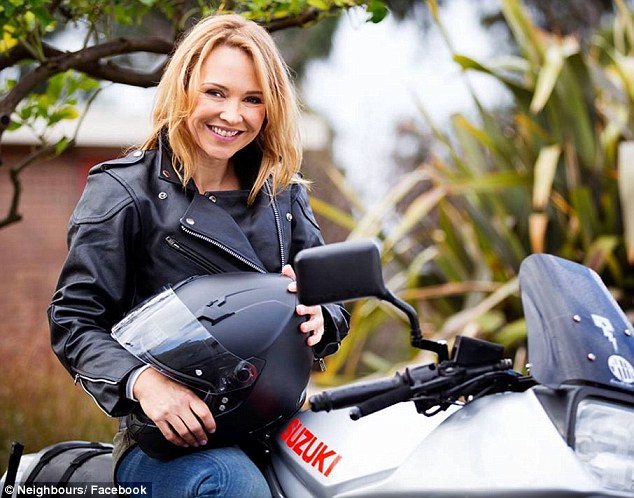 What a nightmare! Carla has been described as ‘control-hungry’ with a burning desire to be thrown back into the lime light allegedly demanding the show's publicity department to ‘relaunch her career’ 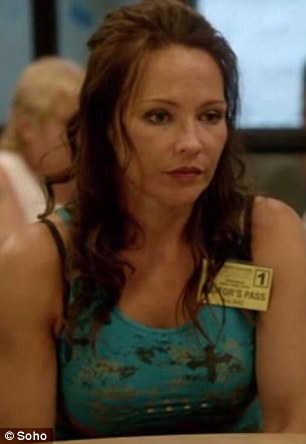 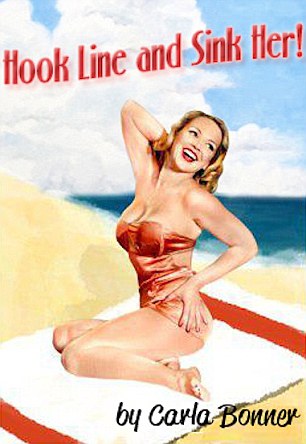 'Too late': She played a small role in the movie Wentworth (left) and wrote a dating guide for men called Hook, Line and Sink Her (right) but according to a source left neighbours too late

‘You can’t expect Hollywood producers to sign you up as an unknown in Los Angeles when you’re nearly 40. That’s not realistic, no matter how good your cosmetic procedures might be.’

Despite her alleged shortcomings after returning to the show Carla has been often praised for being an amazing mum, with insiders admitting that the 43-year-old did a ‘good job’ when it came to her co-star and son Harley, who played Josh Willis on the show. 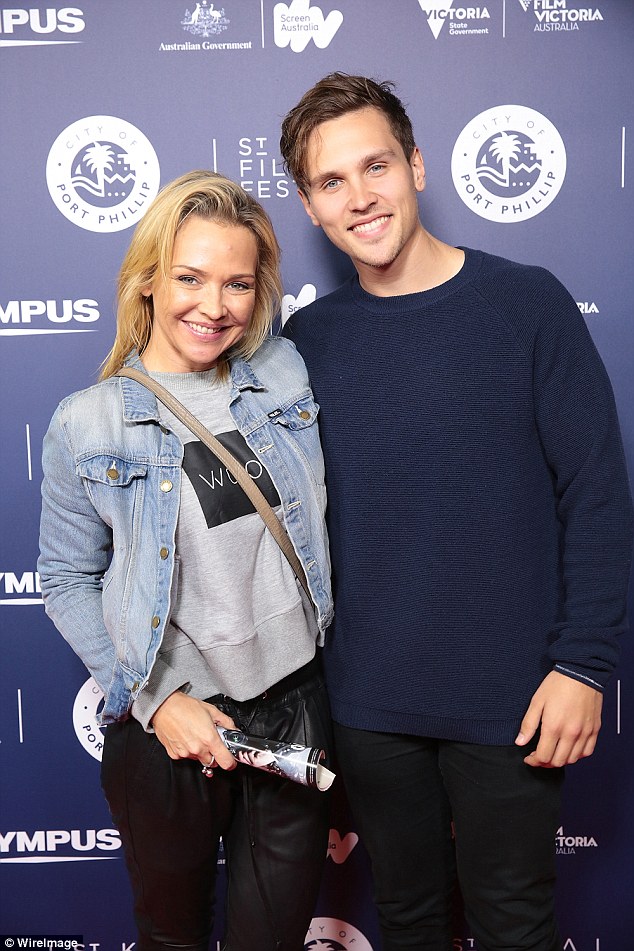 Doting mother: Despite her alleged shortcomings after returning to the show Carla has been often praised for being an amazing mum and bringing up son and co-star, Harley, up well

The 25-year-old actor is the runner up in the Heath Ledger Scholarship and living in LA living out his own dreams of becoming a Hollywood star.

Carla is also mother to Jhye and regularly shares snaps to Instagram gushing over both her children.

'People don't like Pia': If the rumours from the Neighbours set about Carla (left) are true, then it wouldn't the first time an Australian soap star has been accused of not being liked. Pia Miller (right) was allegedly slammed for being 'self absorbed' according to sources

Meanwhile if the rumblings from the Neighbours set are true, this wouldn't be the first time an Australian soap star had allegations of disharmony set against them.

Home And Away star Pia Miller was under scrutiny in June when the 32-year-old was allegedly slammed by cast and crew members.

'People don't like Pia,' a source told Woman's Day, adding the brunette mother-of-two has a tendency to indulge in her own stunning model looks and 'throws it in their faces any chance she gets'. 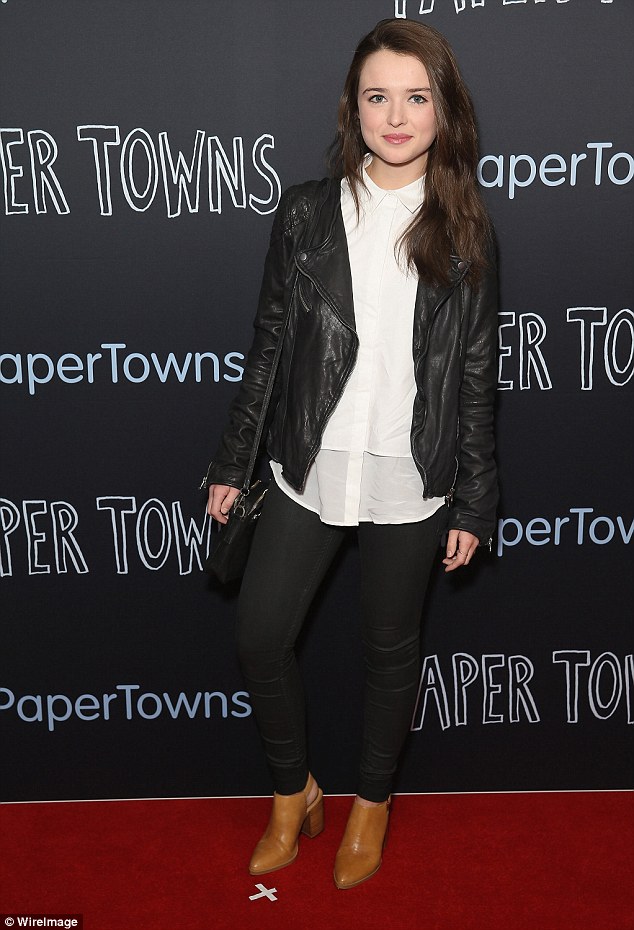 'It's obviously not true': Home and Away co-star Philippa Northeast (pictured) has come to Pia's defense, saying the cast have given the actress reassurance that it is not true

But Home and Away co-star Philippa Northeast later came to Pia's defense, saying the cast have given the actress reassurance that it is not true.

'We're just talking to her and telling her it's obviously it's not true.'

Seven Network have also moved to defend Pia against the claims by dismissing any allegations of disharmony on set.

A spokesperson said the claims 'are completely untrue'. 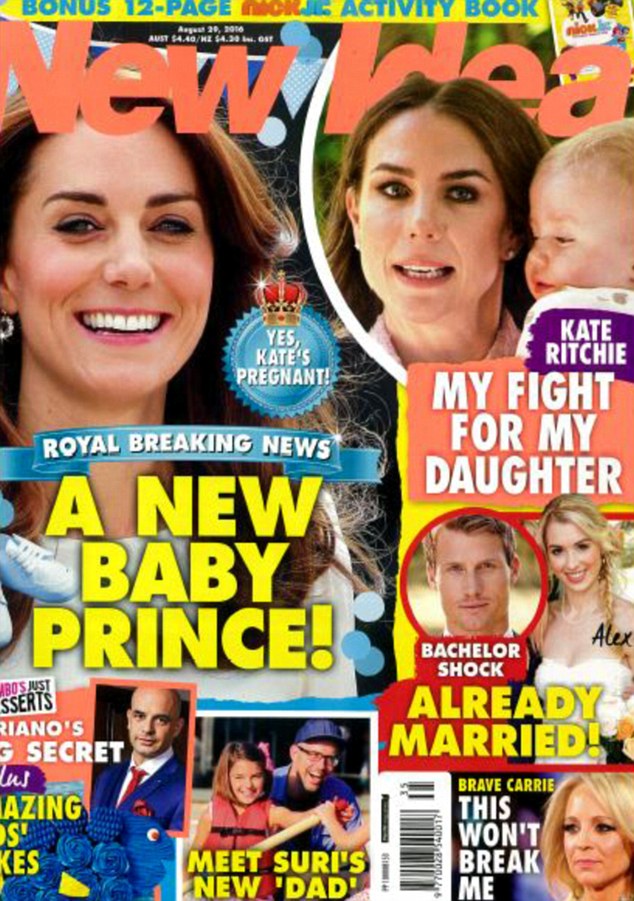 Revelation: Carla Bonner has been accused of having the 'ego the size of a house' by the cast and crew of hit Australian television soap Neighbours in New Idea

Neighbours' Carla Bonner slammed by cast as a 'total diva'