You have reached the cached page for https://disney.fandom.com/wiki/Minnie_Driver
Below is a snapshot of the Web page as it appeared on 11/29/2020 (the last time our crawler visited it). This is the version of the page that was used for ranking your search results. The page may have changed since we last cached it. To see what might have changed (without the highlights), go to the current page.
You searched for: Minnie Driver wikipedia We have highlighted matching words that appear in the page below.
Bing is not responsible for the content of this page.
Minnie Driver - Disney Wiki

She also voiced the character of Lady Eboshi in the 1997 Hayao Miyazaki/Studio Ghibli animated film, Princess Mononoke, and played Mandy in the 2004 film, Ella Enchanted. Both films were distributed and/or produced by Miramax Films, which the Walt Disney Company had ownership during that time, although the latter was technically not a Disney film. She even played Debi Newberry in Grosse Pointe Blank, Shannon in the 2001 Touchstone Pictures film, High Heels and Low Lifes, and Vera Edwards in the 2003 Touchstone Pictures film, Hope Springs. She played Maya DiMeo in the ABC TV show, Speechless. 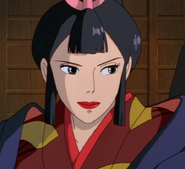 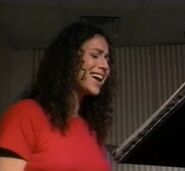 Minnie Driver behind the scenes of Tarzan.

Minnie Driver speaks at the Speechless panel discussion during the 2016 Summer TCA Tour. 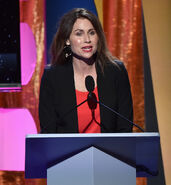 Minnie Driver speaks onstage during the 2018 Writers' Guild Awards.
Add a photo to this gallery
Retrieved from "https://disney.fandom.com/wiki/Minnie_Driver?oldid=4024814"
Community content is available under CC-BY-SA unless otherwise noted.