You have reached the cached page for https://ballotpedia.org/Michael_Gottlieb
Below is a snapshot of the Web page as it appeared on 11/18/2020 (the last time our crawler visited it). This is the version of the page that was used for ranking your search results. The page may have changed since we last cached it. To see what might have changed (without the highlights), go to the current page.
You searched for: Michael Gottlieb We have highlighted matching words that appear in the page below.
Bing is not responsible for the content of this page.
Michael Gottlieb - Ballotpedia 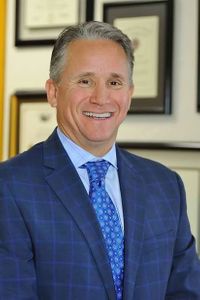 Michael Gottlieb (Democratic Party) is a member of the Florida House of Representatives, representing District 98. He assumed office on November 6, 2018. His current term ends on November 8, 2022.

Michael Gottlieb was born on November 15, 1968, in Hollywood, FL. He received a B.A. in political science from George Washington University in 1990, and he went on to receive his J.D. from Nova Southeastern University in 1993. His work experience includes being the Assistant Broward County Public Defender and being a defense attorney for his private practice. In addition to his work experience, Gottlieb has been involved in charity with Debbie's Dream Foundation Curing Stomach Cancer, the South Florida chapter of MS Society, and the Epilepsy Foundation of Florida.[1]

Gottlieb was assigned to the following committees:

The general election was canceled. Michael Gottlieb (D) won without appearing on the ballot.

Joseph Cruz advanced from the Republican primary for Florida House of Representatives District 98 on August 28, 2018.

Click here for an overview of legislative scorecards in all 50 states.  To contribute to the list of Florida scorecards, email suggestions to editor@ballotpedia.org.