You have reached the cached page for https://www.world-today-news.com/vito-dellaquila-gold-in-taekwondo-the-mesagne-gym-strikes-again/
Below is a snapshot of the Web page as it appeared on 9/14/2021 (the last time our crawler visited it). This is the version of the page that was used for ranking your search results. The page may have changed since we last cached it. To see what might have changed (without the highlights), go to the current page.
You searched for: Mesagne We have highlighted matching words that appear in the page below.
Bing is not responsible for the content of this page.
Vito Dell'Aquila gold in taekwondo! The Mesagne gym strikes again - World Today News 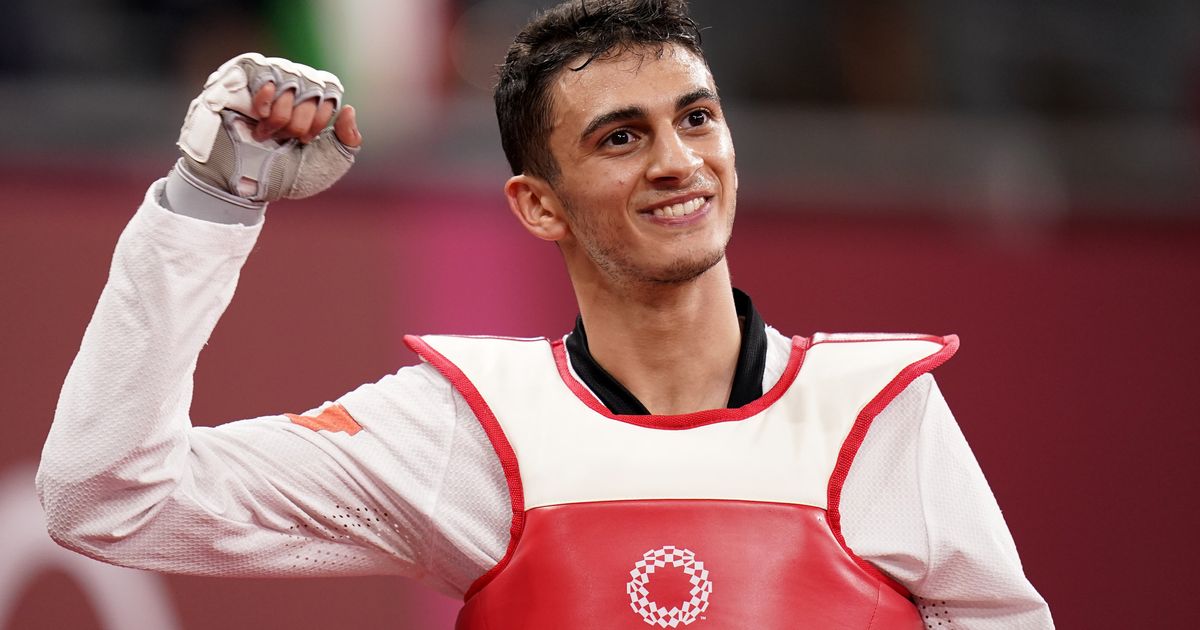 It is the first Italian gold medal at the Tokyo Olympic Games. Vito Dell’Aquila, twenty years old, made it. The taekwandoka defeated the Tunisian Mohamed Khalil Jendoubi for 16-11 in the -58kg category. “This gold is dedicated to my grandfather, who has been gone for a month and tonight he was looking at me from up there: I was sure I would win”. These are the first words of Vito Dell’Aquila, after the award ceremony.

On Instagram Dell’Aquila defines himself as “a simple guy with some big dreams”. One of these dreams was the Olympics. “They are an incredible event, I dreamed of them from an early age, but it is only a first step towards something else: I don’t just want to participate, I would like to get the best possible result” he said in a ‘interview just a few weeks ago. Born in Mesagne, in the province of Brindisi, on November 3, 2000, Dell’Aquila discovers taekwondo at the age of 8: “Precisely in September 2008. I was very shy and my father, who likes martial arts, decided to take me to the gym of the Maestro Roberto Baglivo, who is well known in Mesagne. Initially it was a game for me, I was very happy to go to the gym because I spent the afternoons with my other peers instead of being alone at home to study or get bored. Then with the first results it became a passion and now I consider taekwondo as a profession because I work hard to reach the goals I set myself “. In 2018 he joined the Carabinieri Sports Center. In November 2019 he won the European title in -58 kg in Bari, in front of his fans. A month later, in Moscow, he snatches his pass for Tokyo and wins gold at the Grand Prix final in Moscow, a competition reserved for the best 16 in the world, even beating Korean Jun Jang in the final.

The second Italian medal at the Tokyo Olympics comes in a sport that has very little Italian. Indeed, its origin is much closer to Japan. Born in Korea between 1940 and 1950, in recent years the martial art is developing more and more in our country. Suffice it to say that the movement failed to bring any athletes to the Rio2016 Olympics. Two of them arrived in Tokyo in 2020, Vito dell’Aquila and Simone Alessio. The Italian Taekwondo Federation now has over 25,000 members, more than 600 gyms and over 500 companies on the Italian territory. Taekwondo made its debut in Italy in 1966 with the opening of the “Centro Tekwondo Roma” gym by Master Sun Jae Park, founder of Taekwondo in Italy and future President of the Federation. The first Federation, called FITKD, was born in 1975, affiliated to the World Taekwondo Federation (WTF). In 2000 the National Council of CONI approved the recognition for sporting purposes of the Italian Taekwondo Federation, with the name FITA.

When success comes from below

There is a story that perhaps few people know behind the Italian success in Taekwondo and it bears the name of a gym in a small Apulian town, in the province of Brindisi. Roberto Baglivo’s “New Martial” gym, in Mesagne, a town of only 26 thousand inhabitants. It is here that Vito dell’Aquila was born and trained. But all the Olympic champions were born here over the years and not only in the Korean discipline. Among them Carlo Molfetta and Veronica Calabrese. Carlo Molfetta won the gold medal in the +80 kg category at the 2012 London Games. Veronica Calabrese won two bronze medals for the 57 and 59 kg classes at the European Taekwondo Championships (2006 in Bonn and 2010 in San Petersburg). He also earned a silver medal in the same division at the 2009 Takwondo World Championships in Copenhagen, Denmark. Calabrese then qualified for the women’s 57th class at the 2008 Summer Olympics in Beijing. Mauro Sarmiento, first Olympic medalist in the discipline in Beijing 2008 (silver), was not born in the same gym, but trained shortly before participating in the Olympics. At the 2012 London Games Sarmiento then won the bronze medal.

Vito dell’Aquila is therefore only the last athlete trained by Baglivo. Precisely for having raised the greatest champions in the discipline, the Fita awarded the gold belt of merit to the master Roberto Baglivo. He who brought an oriental discipline that no one knew before in a small southern town. Baglivo, in a 2017 interview with Republic, he said he discovered Taekwondo while working, as an emigrant, in Stuttgart. “When I was very young, I emigrated to Stuttgart, where I was a freight forwarder. I have always liked sports and one day I went to gyms. In one of these, I saw one with his leg raised that looked like a mannequin to me. He stood upright, despite being in a very uncomfortable position. I got closer and closer and realized that he was a real master. He was a Korean, the son of a discipline that has its origins in Korea. I decided to practice that sport and I haven’t stopped since “. In Stuttgart Baglivo used his savings to train in the gym. Once back in Mesagne, his first thought was to transform a passion into a real job. “At the beginning there was a lot of distrust towards a sport that had never been seen in my part of the world. But once they got into the gym, kids and parents never came out. The first to obtain important results were my children. But subsequently, many have won Italian and international titles ”.

Now, among those athletes there is also the twenty year old Dell’Aquila. Just a few months ago he dreamed of gold at the Olympics and now he has it in his hand. But the Tokyo games aren’t Dell’Aquila’s only goal. “I intend to enroll in the Faculty of Communication Sciences in Rome and become a journalist to write about taekwondo, given that in Italy, in my opinion, there is too little talk about it” he concludes. 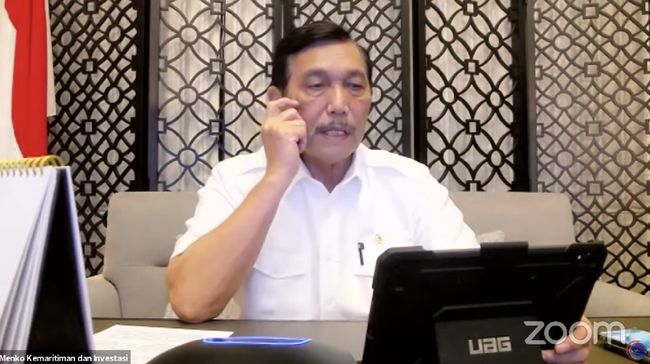 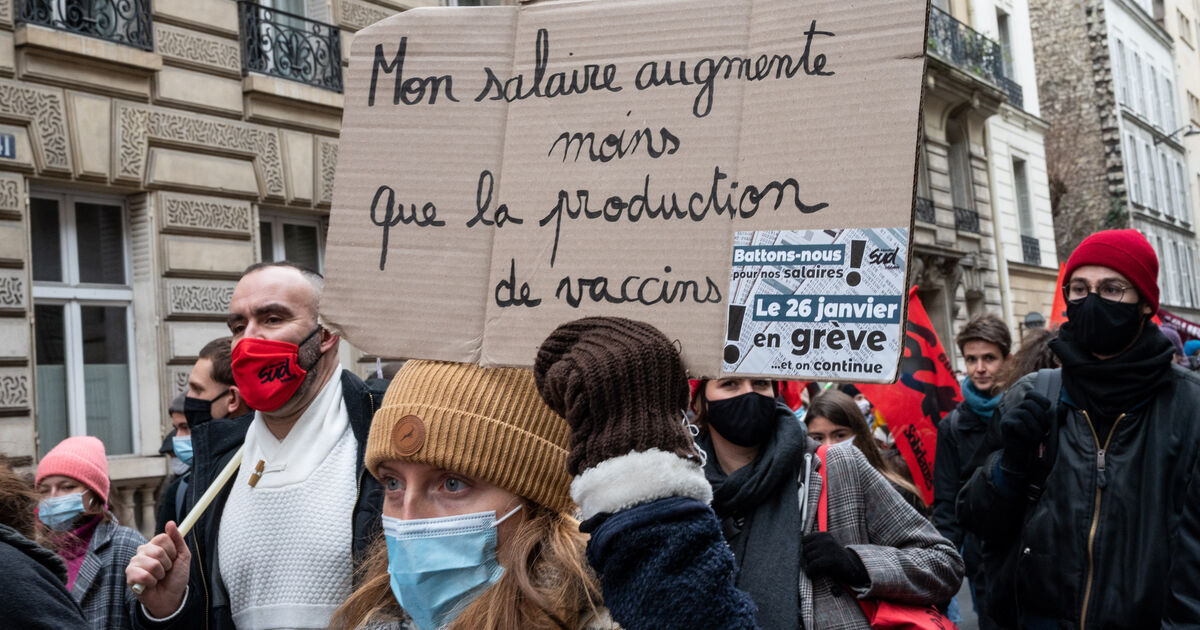 “The real question is what do we do with education?” – Release