You have reached the cached page for https://www.invaluable.com/auction-lot/menachem-gueffen-young-woman-reclining-mirror-isr-21b-c-d164bbf963
Below is a snapshot of the Web page as it appeared on 11/3/2020 (the last time our crawler visited it). This is the version of the page that was used for ranking your search results. The page may have changed since we last cached it. To see what might have changed (without the highlights), go to the current page.
You searched for: Menachem Gueffen We have highlighted matching words that appear in the page below.
Bing is not responsible for the content of this page.
Sold Price: Menachem Gueffen, Young Woman Reclining & Mirror/ Israeli/British/French Realism - August 6, 0120 11:00 AM EDT 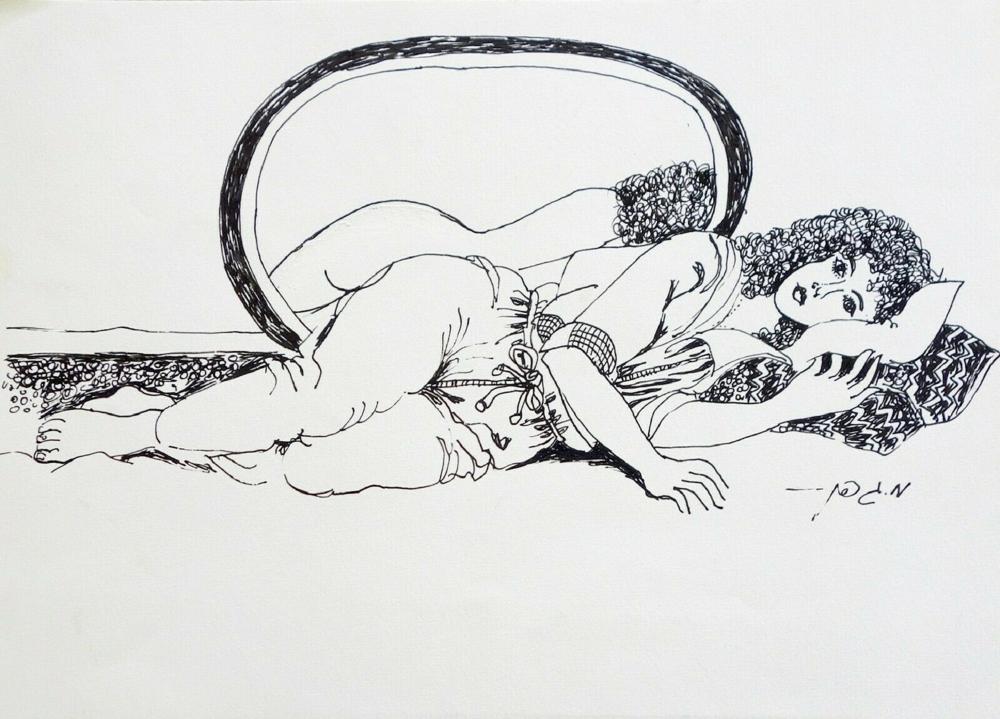 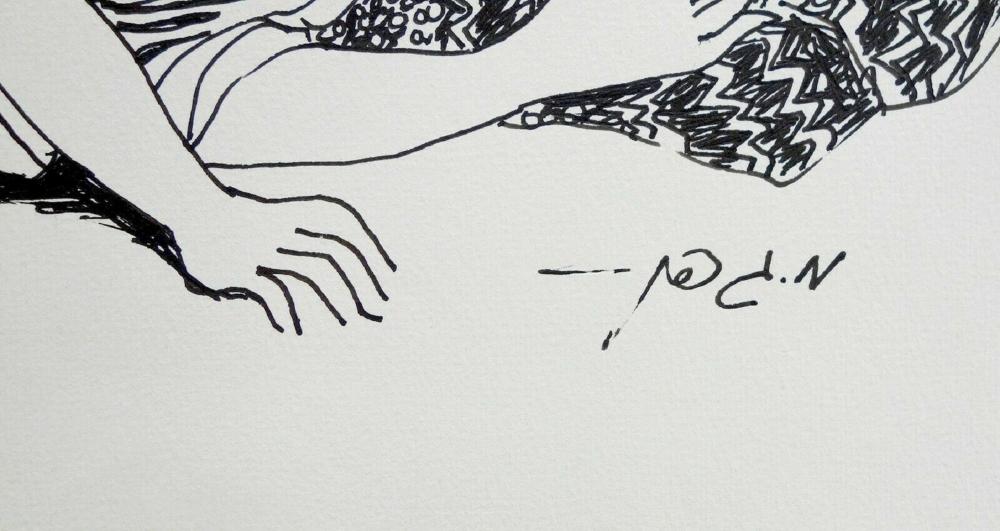 More About this Item

Artist: Menachem Gueffen; Young Woman Reclining with a Mirror; Original Hand-Signed Ink Drawing; Past Provenance: the art collection of the Israeli cultural icon Dahn Ben-Amotz; Artist Name: Menachem Gueffen; Title: Young woman reclining with a mirror; Signature Description: Hand-Signed in Hebrew lower right; Technique: Ink on paper; Size: 25 x 34 cm / 9.84" x 13.39" inch; Frame: Unframed; Condition: Good condition; Artist's Biography: Menachem Gueffen, painter, born 1930, Haifa. 1967-88 Lived in London and later on in France. Died in 2016. Education 1949-1953 New Bezalel, Jerusalem; 1959-1964 École Nationale Supérieure des Beaux-Arts. Solo Exhibitions; 1985 M. Guffen, Mabat - Art Gallery, Tel Aviv; 1979 M. Gueffen, Shulamit Gallery, Jaffa; 1974 M. Guffen, O'hana Gallery, London; 1969 M. Guffen, O'hana Gallery, London; 1966 Gueffen, Galleria del Cavallino, Venezia; Menachem Gueffen - Solo exhibition, Orit Art Gallery, Tel Aviv; 1964 Menachem Gueffen - Solo exhibition, Chemerinsky Art Gallery, Tel Aviv; Group Exhibitions: 2016 Holiday and Homeland, Municipal Art Gallery, Beit Yad Lebanim, Raanana; 1987 Rovina - Israeli Artists paint Chana Rovina, Reuven Rubin Museum, Tel Aviv; 1979 The Kadishman Connection, Israel Museum, Jerusalem; 1958 Ten Years of Israeli Painting, Tel Aviv Art Museum; The artist Menachem Gueffen was born to Polish parents in 1930 in Haifa, Israel. In his youth he joined the Palmach (the elite fighting force of the Haganah, the underground army of the Yishuv during the period of the British Mandate for Palestine). During the War of Independence was wounded in Battle of Malkiya in May, 1948. Career: After the war, from 1949-53 he studied at Bezalel Academy of Arts and Design, Jerusalem. He earned a living from drawing cartoons, writing and illustration for newspapers such as "Davar". Additionally, he was a graphic design. In 1957 Gueffen had his first solo exhibition. His early works were influenced by the "Social Realism" art movement, characterized by artists such as Yossi Stern, Gershon Knispel and others. From 1959-63 he studied at the Ecole des Beaux-Arts, Paris. He lived and worked in Paris for five years. His paintings were on display in galleries and he participated in the “Salon des Indépendants” and the “Salon de la Jeune Peinture”, which took place in the National Museum of Modern Art in Paris. His works in these Salons drew the attention of the art critics and Gueffen received good reviews: “Gueffen, with his delicate chromatic modulation” (Le Monde), “I appreciated very much the Three Women by Gueffen. Here is an artist who has a rare tact of volumes and colors” (Le Peintre), “The Three Women by Gueffen deserves to have our attention for a long time because of the finesse of the drawing and the expression of the interior of his personage. An artist to follow his development” (Journal de l’Amateur d’Art), “Very moving . . . a real artist” (Journal de l’Amateur d’Art). His works are predominantly of women and his style has been described as "figurative expressionism”. From the beginning Gueffen referred to the female figure as a pretext to create a painting. He fought, as he continued to do, to forge a valid figurative art without succumbing to the many 'fashionable' movements of the moment. Gueffen worked in large formats, primarily in oils on canvas. He created many drawings based on sketches of models. However, he was deeply inspired by the 'Rembrandt's Night Watch' resulted in a motive power which spanned some 20 years and culminated in 'Dialogue with Rembrandt's Night watch', a work of 9 paintings consist of collage and oil applied by the fingers onto natural canvas, jute and wood. Gueffen also illustrated books: 'Robinson Crusoe', published by the Israeli publisher “Am Oved” in the 1960s, and he provided the illustrations for 'The World's best Jewish Jokes' by Ben Eliezer, published in 1984. From 1967-1988 he lived and worked in London, Europe and the U.S.A. He had his first international one-man show in 1963 in London at ‘Gallery One’, an avant-garde gallery, after which he moved to London, where he had exhibitions at the ‘O’hana Gallery’, the ‘Frank Campbell Gallery’, and the ‘Beramento Gallery’. He had many other one-man shows in London, Italy (‘Galleria Cavallino’, Venice, ‘Galleria Argentario’, Trento, ‘Galleria Tino Ghelfi, Vincenza), Germany (in Hamburg and Bremen), Israel (in Tel-Aviv and Jerusalem), Spain, Paris, Lyon and the Tatin Museum, France. He participated in group shows in London and the U.S.A. Gueffen's works are in included in private collections worldwide. In 1988 he returned to Israel, since 1991 he was based in France. In 1978-1979 he created the "Jewish life cycle", consists of five paintings that were commissioned by the Museum of Natural History in New York City, for the opening of the "Asian Nations" Hall.

Eternity Gallery will charge for shipping, packing and insurance and will pack and ship all the lots to the winning bidders.

All sales are final!
No refunds!
No returns!
Please, ask all you questions before you bid!
If you have any doubts - do not bid!

Eternity Gallery will charge for shipping, packing and insurance and will pack and ship all the lots to the winning bidders.

More by this artist