You have reached the cached page for https://www.amazon.com/Man-v-Universe-Season-1/dp/B00MONUAVU
Below is a snapshot of the Web page as it appeared on 10/27/2021 (the last time our crawler visited it). This is the version of the page that was used for ranking your search results. The page may have changed since we last cached it. To see what might have changed (without the highlights), go to the current page.
You searched for: Mars Is Ours tv We have highlighted matching words that appear in the page below.
Bing is not responsible for the content of this page.
Watch Man v. The Universe Season 1 | Prime Video 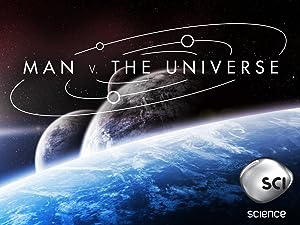 Season 1
(7)6.72014TV-PG
Mars is ours. So is the moon. Humanity is crossing into the final frontier and embarking on history's greatest adventure â€“ a new race for space. All over the world, men and women are drawing up blueprints to transform science fiction into science fact. MAN V. THE UNIVERSE answers lingering questions about mining the moon, killing an Asteroid, and the future of Mars.

Add to
Watchlist
By ordering or viewing, you agree to our Terms. Sold by Amazon.com Services LLC.
Write review

J. A. MohrReviewed in the United States on June 10, 2015
1.0 out of 5 stars
If I wanted to be marketed too I'd get on Facebook.
Verified purchase
I am not a fan of this narrator. He does other stuff for Science, which I can't recall, but I have felt the same way about him in all the pieces. There is something annoying about his presentation of the content. He kind of reminds me of Casey Kasem. He talks "up" with his intonation but is very flat. If you pay close enough of attention he's almost monotone despite the slight inflection in his voice. I wouldn't watch this again, even as background noise as a result.

As for the content, I wasn't really impressed. It felt like an advertisement for the groups interviewed. I couldn't help but feel I was being marketed to for the projects featured in the program. I may have missed it but there wasn't much "science" in this program as more of a "this is what we want to do - but fail miserably". The speculation from the program directors is veiled with the same misinformation they feed to project investors, pipe dreams and mostly decades away at the soonest for viability of a technology (at least from the private sector). The projects all look are very amateur. As a pragmatist, I don't see any of these projects as the "Game changer" for their respective area of focus. It is still the power players like NASA, CERN and Governments. The groups with the top tier talent and the resources to back it up. It will be the spin off technologies from the big players that might change the private sector domain.

The narrator sucks and should have his narrator license taken away (I know there isn't a narrator license). The presenters are too busy marketing their project rather then going into the science of the project. The projects are very amateur and are no where near ready to back up the claims the presenters make.

This program isn't about science. It's about the projects featured and their marketing teams marketing their project. If you pay close attention to the tech, it's no where near ready for prime time. This is the same marketing tactics they use on there poorly informed financial backers. Once you see that, you can't look at this program the same again. Watch it for that reason alone - to see blatant peacocking, marketing speak, and flat out lies in terms of timetables and readiness.


One person found this helpful

Andrew J. SantucciReviewed in the United States on November 5, 2014
5.0 out of 5 stars
Excellent Series!
Verified purchase
Love this series so far!

TheoReviewed in the United States on December 21, 2014
5.0 out of 5 stars
Five Stars
Verified purchase
Great

Jspin9Reviewed in the United States on December 14, 2014
5.0 out of 5 stars
SPACEX!!!!!
Verified purchase
SpaceX is landing their Falcon 9 on a floating platform oversea next week. Very excited to see that!
One person found this helpful

Alexander KoleszarReviewed in the United States on October 27, 2014
2.0 out of 5 stars
Two Stars
Verified purchase
Just fair - not the worst, but not great.
See all reviews
Back to top
Get to Know Us
Make Money with Us
Amazon Payment Products
Let Us Help You
EnglishChoose a language for shopping. United StatesChoose a country/region for shopping.
© 1996-2021, Amazon.com, Inc. or its affiliates