You have reached the cached page for https://www.tellerreport.com/life/2021-07-29-%E2%80%9Cthe-set%E2%80%9D-is-a-sudanese-film-that-garners-international-awards-and-acclaim.HkMKtEjx1t.html
Below is a snapshot of the Web page as it appeared on 8/21/2021 (the last time our crawler visited it). This is the version of the page that was used for ranking your search results. The page may have changed since we last cached it. To see what might have changed (without the highlights), go to the current page.
Bing is not responsible for the content of this page.
“The Set” is a Sudanese film that garners international awards and acclaim - Teller Report
Teller Report 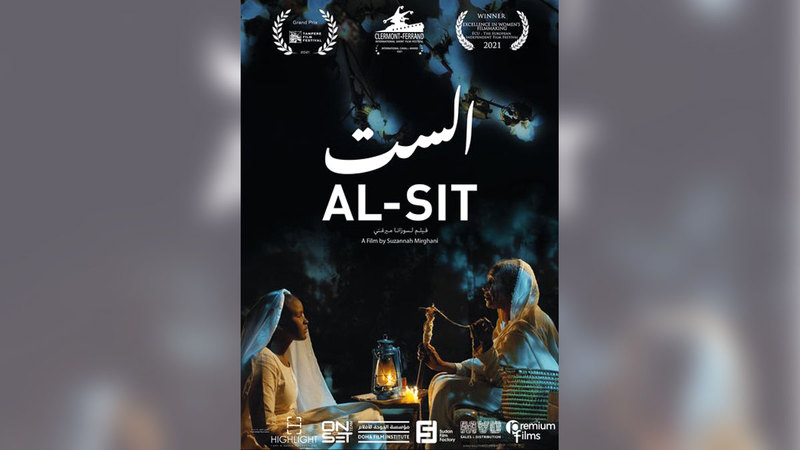 The Sudanese short film “The Six,” directed by Susanna Mirghani, has won 13 international awards this year, including three awards this week: Best Director from the Beirut International Film Festival for Women, Best Short Film, and the Cherman Award from the Zanzibar International Film Festival. In addition to the praise of the festival audience and its jury for the artistic quality of the film, and for it to be the most award-winning Arab short film during 2021.

The film tells the story of Nafisa, a 15-year-old Sudanese girl who lives in a village known for growing cotton. Her heart is fond of a young man named Babiker;

But her family arranged a marriage for her with young Nader, a businessman living abroad.

As for her grandmother, who is the end woman in the village, she also made special plans for Nafisa's life. Will this girl be able to choose for herself the next path of her life?

Al Sitt, an emotional story from Sudan, presents a story about women, whether sitting at the top of the pyramid of power, or at the bottom, shedding light on both ends of social chains, and the changes that modern life imposes on these societies.

In his first international show, within the activities of the Clermont-Ferrand International Short Film Festival in France, he won the award presented by the French channel Canal Plus Cinema.

The movie “The Six” is written and directed by Susana Mirghani, co-produced by her sister Iman, and co-starring Mihad Mortada, Rabha Muhammad, Muhammad Magdy, and Haram Bashir. from the Doha Film Institute, and a Production Design Grant from Virginia Commonwealth University in Qatar.

Susanna Mirghani, a freelance writer, researcher and filmmaker, shines a light on stories in the Arab world through her work.

Susanna has studied media and museology, and has written and edited numerous books and academic articles.

Her multiplicity of cultures and her Sudanese and Russian origins prompted her to take an interest in stories that examine the complexity of identity. Her latest film is The Six, and she has had several successful short films before that, including Caravan and Hind's Dream.