You have reached the cached page for https://www.dailymail.co.uk/tvshowbiz/article-9451257/Lori-Loughlin-pictured-time-Mossimo-Giannullis-early-release-prison.html
Below is a snapshot of the Web page as it appeared on 9/15/2021 (the last time our crawler visited it). This is the version of the page that was used for ranking your search results. The page may have changed since we last cached it. To see what might have changed (without the highlights), go to the current page.
You searched for: Lori Loughlin We have highlighted matching words that appear in the page below.
Bing is not responsible for the content of this page.
Lori Loughlin pictured for the first time since Mossimo Giannulli's early release from prison | Daily Mail Online

Pictured: Lori Loughlin keeps a low profile as she's seen for the first time since husband Mossimo Giannulli's early prison release... after their role in the college admissions scandal

By George Stark For Dailymail.com and Associated Press

Lori Loughlin has been pictured for the first time since her husband Mossimo Giannulli's early release from a California prison, after a five-month sentence for his role in the college admissions scandal.

Full House star Loughlin, 56, was spotted driving through Calabasas, California on Thursday, keeping a very low profile in a baseball cap, dark glasses and a large white face mask, despite appearing to be the only person in her vehicle.

The sighting comes after her fashion designer husband Giannulli, 57, was released from prison Saturday, and is now said to be under home confinement. 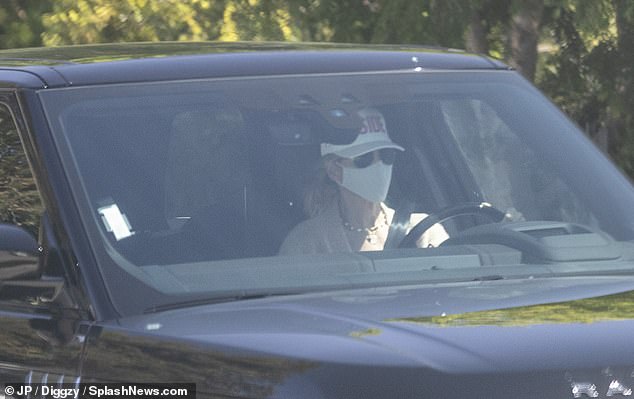 The married pair pleaded guilty last year to paying half a million dollars to get their two daughters into the University of Southern California. Loughlin was released from a prison in Dublin in December after spending two months behind bars.

Giannulli was set to complete his sentence on April 17, but was released from prison early to serve out the end of his sentence at home.

He has not yet been reunited with his family, according to a source.

'Lori is relieved that he was released from the prison. Mossimo is still in federal custody though,' the source told People. 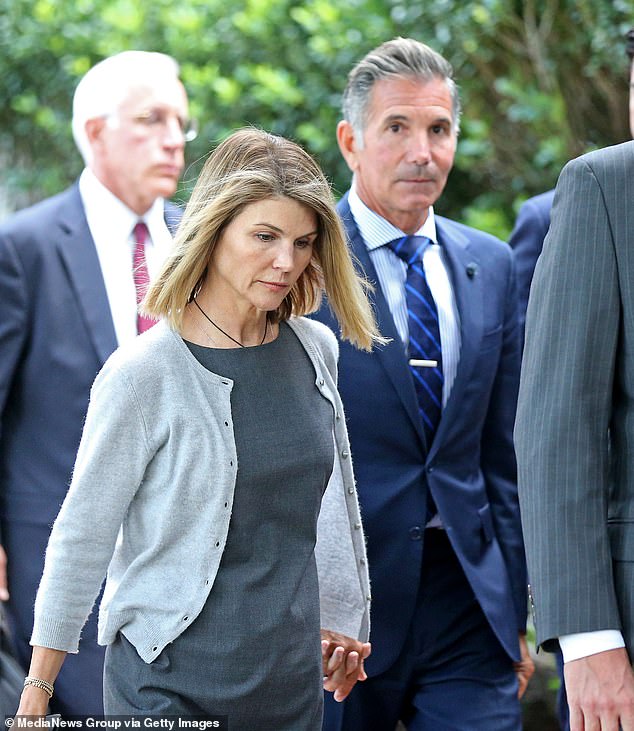 Scandalous: Loughlin and Giannulli initially pleaded not guilty, claiming they believed they were making a legitimate contribution to USC with their $500,000 payment to Singer

The two were among the most high-profile parents charged in the scheme, which authorities say involved hefty bribes to get undeserving teens into schools with rigged test scores or bogus athletic credentials.

Giannulli was released to home confinement on Friday, a person familiar with the matter told The Associated Press. He is expected to serve the remainder of his sentence at home, the person said. The person could not discuss the matter publicly and spoke to the AP on condition of anonymity.

Giannulli, whose Mossimo clothing had long been a Target brand until recently, had been in custody at a federal prison in Lompoc near Santa Barbara. He reported in November and was scheduled to be released in April. 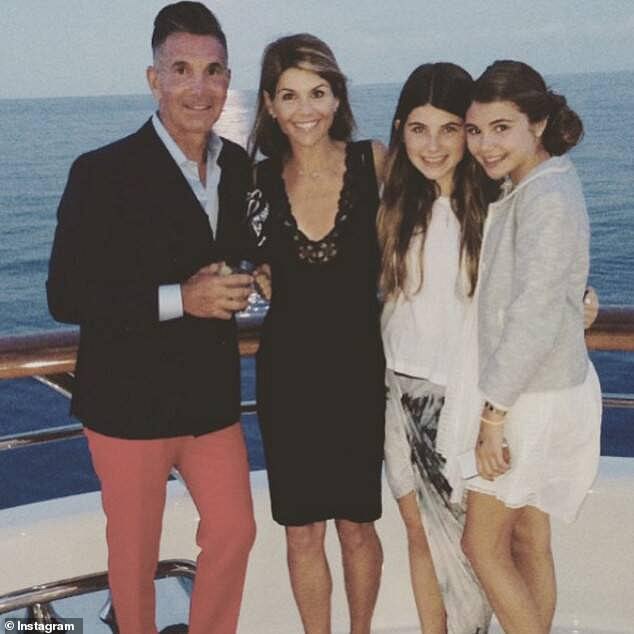 A release to home confinement in Giannulli's case is not out of the ordinary, in part because of the short nature of his sentence.

Records show he is under the supervision of a Bureau of Prisons facility in Long Beach, that manages a halfway house as well as inmates who are under home confinement. The records say he will be released from home confinement on April 17.

The Justice Department has ordered the increased use of home confinement and the expedited release of eligible inmates by the Bureau of Prisons - with priority for those at low- or medium-security prisons - starting with virus hot spots. But advocates have raised concerns about racial and financial inequities in those who are granted home confinement. 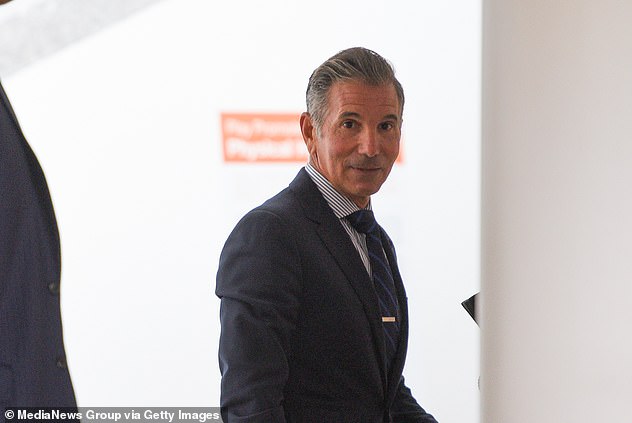 Fashion designer Mossimo Giannulli has been released from a California prison and is under home confinement following his imprisonment for his role in a college admissions bribery scheme. Pictured August 26, 2019

Giannulli's attorneys and Bureau of Prisons officials did not immediately return requests for comment Saturday.

Loughlin and Giannulli initially pleaded not guilty, claiming they believed they were making a legitimate contribution to USC with their $500,000 payment to Singer.

Facing up to 40 years behind bars each, they later reversed course and struck a plea deal with prosecutors.

Loughlin was released from federal lockup at CI Dublin in California on December 28, where she served the entirety of her two month prison sentence, as stated by the Federal Bureau of Prisons.

The Full House star reportedly had a 'tearful' reunion with her daughters Olivia Jade, 21, and Bella Rose, 22, when she finally returned to their Malibu mansion. 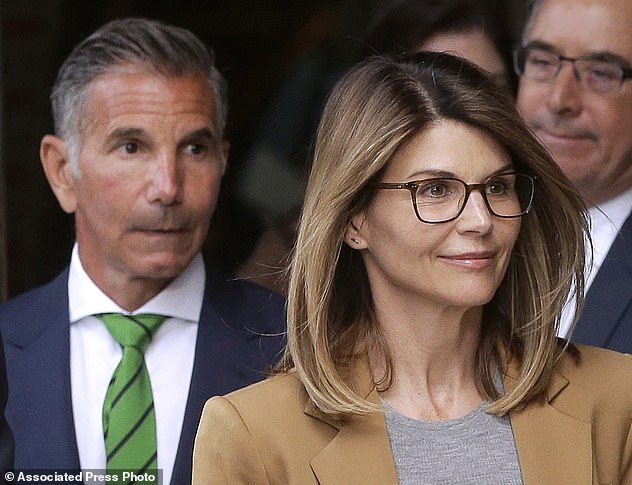 Giannulli, 57, is married to former 'Full House' star Lori Loughlin. They pleaded guilty last year to paying half a million dollars to get their two daughters into the University of Southern California