You have reached the cached page for https://god.dailydot.com/lil-nas-x-devil-worshipper/
Below is a snapshot of the Web page as it appeared on 10/26/2021 (the last time our crawler visited it). This is the version of the page that was used for ranking your search results. The page may have changed since we last cached it. To see what might have changed (without the highlights), go to the current page.
You searched for: Lil Nas X We have highlighted matching words that appear in the page below.
Bing is not responsible for the content of this page.
Lil Nas X Responds To Being Called A 'Devil Worshipper' After SNL Skip to content 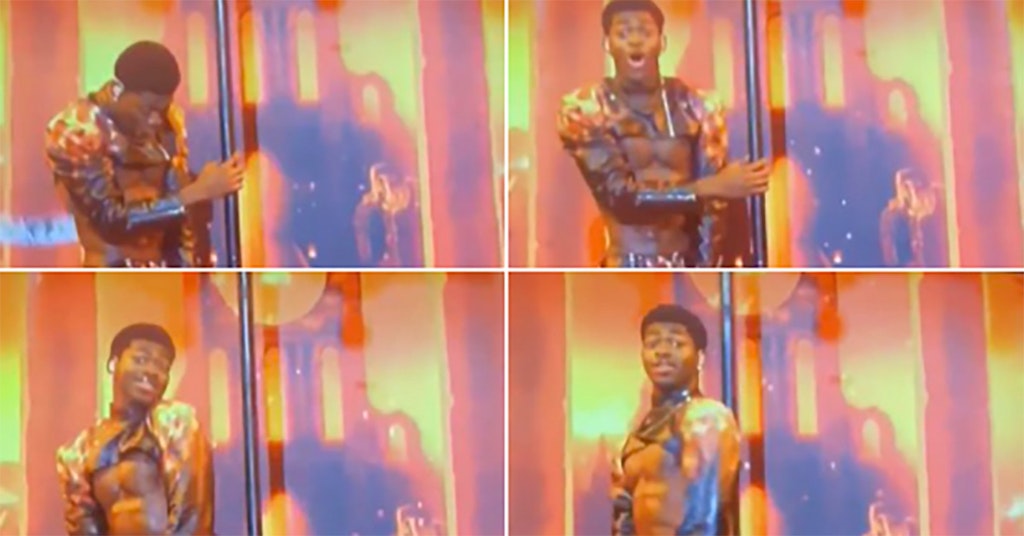 Lil Nas X certainly caught people’s attention during his Saturday Night Live appearance over the weekend. That included a person on Twitter who thought that the internet-savvy rapper wasn’t going to respond to accusations of being a “devil worshipper.”

The tweet came in response to Lil Nas X posting a clip from his performance of “Montero (Call Me by Your Name),” which carried much of the same Satan ‘n’ steaminess motifs of the video that nearly broke the internet back in March.

Twitter user @jeremyb39, who felt the ratio, tweeted, “He already sold his soul to the devil. You see in the video it’s all about the devil. I can’t believe people actually listen to this devil worshiper.”

Lil Nas X caught notice, and responded with a simple but deft observation: “Who cares, I look hot.” That observation met with much more Twitterverse acceptance, with relatively few commenters compared to the many whose likes indicated, “Yeah, you do.”

That’s not the only attention that Lil Nas X got on the platform, though. It turns around that in the middle of a move that involved a stripper pole, the rapper ripped his pants. He voluntarily shared that info himself.

He also tweeted an all-caps “NOT MY PANTS RIPPED ON LIVE ON TV,” and someone responded with amusement, sharing the recording of what’s sure to be an enduring SNL musical memory.

Another tweeter broke in down with the caption “In 4 acts,” appreciating the full dramatic arc of each of his expressions in the series.

As TMZ noted, he explained a little bit more via Twitter, remarking, “OMFG NO… I wanted to do my pole routine so bad this what I get lmaoo.”

He also added, “At first I was afraid to even perform. Then we rehearsed for two weeks, then all of the dancers got removed because one had covid and new ones had to learn the routine in 24 hours, and then I ended up ripping my pants and couldn’t finish. Everything happens for a reason though, lol.”

115+ exclusive posts, community and much more.