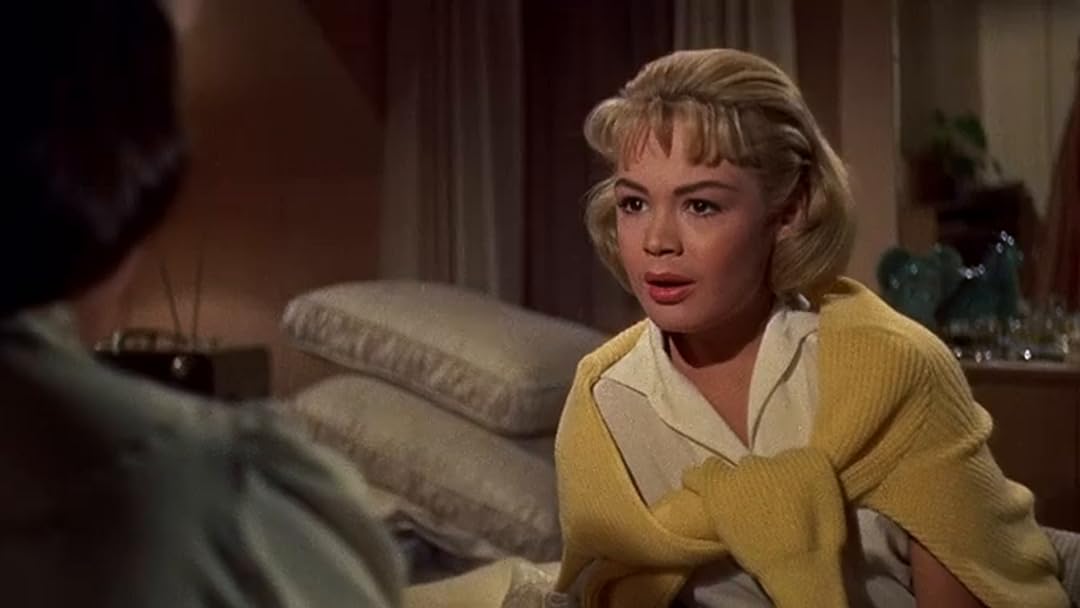 (6,730)
7.82 h 5 min1959X-RayALL
Living a lie is a poor substitute for living the truth - sometimes it takes the harsh realties of life to help us discover who we truly are.

Tiffany S.Reviewed in the United States on October 24, 2022
5.0 out of 5 stars
Great thought provoking movie
Verified purchase
Full disclosure I watched this movie for school. I would never have seen it otherwise. I won’t spoil the plot. It’s a remake of a movie same name made in 1939, based on a novel. If you want to see a well made, thought provoking movie about race in America I recommend it.

Lawanda1975Reviewed in the United States on November 19, 2022
4.0 out of 5 stars
Touching movie
Verified purchase
I really enjoyed this movie. Good life lesson in that you should cherish the people in your life.

Micky JReviewed in the United States on November 16, 2022
5.0 out of 5 stars
Great! Loved It
Verified purchase
Wonderful movie

SynReviewed in the United States on September 21, 2021
5.0 out of 5 stars
Movie Summary & Takes
Verified purchase
I don't know if everyone saw the movie as I did. But the title expresses everything to be aware of in this movie. It fully represents what life is without love.
When you aren't actually spreading love those around you it shows, you are acting, as the other little girl was saying to her mother in that one scene.
In the beginning, the black woman was so focused on finding a home for her and Sara Jane that she wasn't even focused on just loving her child. Instead of trying to "show your love by doing this and that", just love. The other mother, the actress mother, she was working and doing this and doing that, trying to provide and basically just testing her abilities, she was no different from the black mom. They both were neglecting the need to share love to their children. Love is all a person needs.

This movie would've been totally different if Steve and the woman were to be married in the beginning. They really loved each other. Thats all you need in life, love, and everything else will flow. Theres so many distractions telling you to be a certain way and stuff. But you just need to be love. Nothing other than that. The woman let the family into her home in the beginning, the first distraction from her daughter, because not only now does she have 2 other people to now "care" about, she has outside influences on her daughter and her behavior.

That one part when the little blonde girl asks the black woman about kissing, and she answers back "Well there's kissing and then there is kissing".... She's basically instilling in this Childs brain that it is possible for her to lead a fake life, showing fake love to those around her.

It sucks knowing that the character that I didn't like the most in the movie was black, and Im sure the man who made this movie kind of knew what he was doing. Theres so much more that I could analyze and explain but I think what I said should be enough. Annie, the black woman in the movie, she came into that woman's life without love, the woman wasn't able to fully see. But she did, and her life was off of the shambles.

I wish there was an alternative movie where her and Steve actually got married. This was a great movie and I really never noticed how much work it is to actually be an actor/actress. It makes me realize how much Ive been "acting" in my whole life.

Lesson to learn: just love, everything else will do its job in life.

One person found this helpful

Amazon CustomerReviewed in the United States on August 29, 2022
5.0 out of 5 stars
Imitation of Life
Verified purchase
Saturday afternoon, curled up in your favorite spot with a cup of tea, your favorite pillow sprayed with a little lavender mist, watching this slightly (but typically) over-acted Lana Turner (was there ever such a beauty, then or now?) movie, that might keep you awake, or might send you off for a wonderfully comfy, cozy little nap. This movie fits the bill because they do not make them like this any more. The story line will break your heart.

Margaret JohnsonReviewed in the United States on October 1, 2022
5.0 out of 5 stars
A racial classic
Verified purchase
This is example of how love abounds in two families compassionately merged together which prooved God is the answer!

buyer2Reviewed in the United States on August 30, 2022
5.0 out of 5 stars
A True Classic
Verified purchase
Timeless tale of passing. Sad but true. This is a tear jerker. The quality of film is excellent. The cast was well played. I miss the beautiful clothes of this era. This is a great film!

Rachel McElhanyReviewed in the United States on July 14, 2012
4.0 out of 5 stars
Imitation of Life 1959
Verified purchase
This remake is quite different from the 1934 original in several ways. Bea's character is now named Lora (Lana Turner) and is an aspiring actress in New York City. She meets Delilah's character, now named Annie (Juanita Moore), at the beach on Coney Island. Annie and her daughter Sarah Jane have recently become homeless and Lora agrees to take them in just for the night. Lora is a single mother supporting her daughter Susie and she can't afford to support Annie and Sarah Jane too. Annie gets a job washing shirts and she and her daughter end up staying. Eventually, Lora becomes a successful Broadway actress and is very wealthy. Annie's role in Lora's success is that she takes care of Susie while Lora is working. Lora works a lot so Annie is more of a mother to Susie than Lora is in most ways.

Lora's romance with Steve Archer (John Gavin) is fraught with conflict in this movie. He can only be with her if she prioritizes him over her work and apparently that means not working at all. He's a good guy though; it's clear that this expectation is not unreasonable. It's Lora who is being unreasonable wanting to work when there is a perfectly good man wanting to take care of her. I wasn't expecting to find such a sexist subplot - the 1930s version portrayed women in a way better and stronger light!

Sarah Jane's struggle with being a light-skinned black person has a bigger part in this movie than Peola's struggle in the original. I was disappointed that they did not cast a black person to play Sarah Jane. Susan Kohner did do a fabulous job playing Sarah Jane though and was nominated for both an Academy Award and Golden Globe for Best Supporting Actress for the role. Sarah Jane is even more of a "tragic mulatto" in this movie and has quite a few dramatic scenes in which she talks about why she wants to be white.

This movie address the issues of race in a more direct way than the original which I'm sure is a product of the time in which it was made. When Lora suggests that Annie talk to Sarah Jane about not trying to pass as white, Annie says, "How do you explain to your child that she was born to be hurt?" Like Delilah in the original movie, Annie wants a big funeral when she dies. She tells Lora to please invite all of Annie's friends. Lora looks surprised and tells Annie that she didn't know Annie had any friends besides her - very telling of the one-sided nature of their relationship.

Another difference between the two movies that I must note is the heightened drama in the remake. Lana Turner chews the scenery every chance she gets and the score is very heavy handed. The melodramatic background music makes sure that the viewer is not confused when something VERY DRAMATIC is happening.

This movie has all kinds of interesting movie star connections. Alan Alda's dad, Robert Alda, plays an agent. Troy Donahue, who was just starting out, has a small part as a real jerk - he was not dreamy at all in this movie. And Susan Kohler's son is Chris Weitz, the director of The Twilight Saga: New Moon.

It was interesting to watch the two versions of Imitation of Life back to back and see how much (and how little) relationships between black people and white people changed over the twenty-five years between the two movies.
18 people found this helpful
See all reviews
Back to top
Get to Know Us
Make Money with Us
Amazon Payment Products
Let Us Help You
EnglishChoose a language for shopping. United StatesChoose a country/region for shopping.
© 1996-2022, Amazon.com, Inc. or its affiliates