You have reached the cached page for https://marriedbiography.com/kelsey-chow-biography/
Below is a snapshot of the Web page as it appeared on 4/11/2021 (the last time our crawler visited it). This is the version of the page that was used for ranking your search results. The page may have changed since we last cached it. To see what might have changed (without the highlights), go to the current page.
You searched for: Kelsey Chow We have highlighted matching words that appear in the page below.
Bing is not responsible for the content of this page.
Kelsey Chow Bio, Affair, In Relation, Net Worth, Ethnicity, Salary, Age, Nationality, Height, Actress Skip to content
Married Biography
Married Biography / Biography / Kelsey Chow 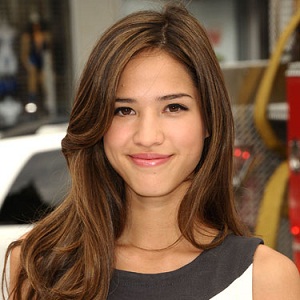 The more you love a person, you more you should respect that person. Encourage her to be the best she can be, and you'll both be happier

Dance and theatre afforded me the opportunity to discover my passion for acting, for telling stories

I'm very lucky to have a strong support system with my friends and my family. They have kept me grounded.

Kelsey Chow had an affair with Hutch Dano in 2009 and with an actor, Ethan Peck in 2011 but their relationship couldn’t last long and they broke up.

After the tragic breakup with Peck, she started dating William Moseley who is also an actor by profession. They began dating since Jan 2012 and are still together. However, there is no news of both being engaged.

Who is Kelsey Chow?

Kelsey Chow is an actress and is best known for her role as Mikayla in the Disney XD sitcom Pair of Kings.

She has also worked for series like One Tree Hill and Teen Wolf. She officially started her acting profession through the popular television show One Tree Hill as Gigi Silveri from 2005 to 2009.

Kelsey Chow was born on 9th September 1991 in Columbia, South Carolina, US. She belongs to mixed(Chinese, English, Cherokee) ethnicity and American nationality.

She was born in Columbia to her parents of Chinese descent father Jim Chow and an English mother. She the eldest child of the family and has a younger brother and sister. Her brother is two years younger and she also has a sister who is eight years younger than her.

As her father is of Chinese descent, she once stated that she wanted to become more fluent in Mandarin Chinese.

Talking about her education, she attended Hammond school located in Columbia SC. Her permanent residence is in Los Angeles, California. Currently, she is residing in New York City where she is attending Columbia University.

Kelsey Chow first started working in community theater. After her hard work, dedication, and mind-blowing performances in the theater she started getting movies and television shows.

She officially started her acting profession through the popular television show One Tree Hill as Gigi Silveri from 2005 to 2009. She started acting in the show when she was 13 years old.

Kelsey Chow got associated with Disney after One Tree Hill and appeared in several shows on Disney Channel such as The Suite Life of Jack. She took a major turn in her career when she was offered Pair of Kings. Chow played the role of Makayla in this series.

She also had a cameo in the 2012 most talked movie Amazing Spider-Man. Later she was cast in the Movie Run as Emily Baltimore. Kelsey Chow also appeared in The Goldbergs in the second season with David Schwimmer as a guest star in 2015. Kelsey was also a part of the music video for Hayley Kiyoko’s song Girls Like Girls.

She also played a part in popular television series Teen Wolf. In Chow’s short span of a career, she has become a part of most popular TV shows and movies that are why she is currently, one of the most promising actors of Hollywood.

Salary and Net Worth

Kelsey Chow’s salary has not been disclosed yet. Her net worth is 1 million USD.

Kelsey Chow has a good height of  5 feet 7 inches with body weight 64kg. She has dark brown hair color and her eye color is brown.

Does ‘One Tree Hill’ star Kelsey Chow Have A Boyfriend? Know about her love life!!!

The renowned journalist Jemele to be married soon!! Are the rumor about Micheal and Jemele true? Know about all the relationship gossip about Hill

Is Christina Milian married to Matt Pokora? Know about their children, plan to have new child, family time in pandemic, net worth 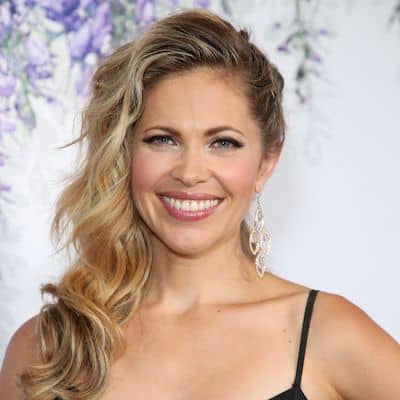