You have reached the cached page for https://pagesix.com/2020/05/28/candice-bergens-daugher-chloe-malle-welcomes-a-baby-boy/
Below is a snapshot of the Web page as it appeared on 12/2/2020 (the last time our crawler visited it). This is the version of the page that was used for ranking your search results. The page may have changed since we last cached it. To see what might have changed (without the highlights), go to the current page.
You searched for: Justine Malle We have highlighted matching words that appear in the page below.
Bing is not responsible for the content of this page.
Candice Bergen's daugher Chloe Malle welcomes a baby boy Skip to main content 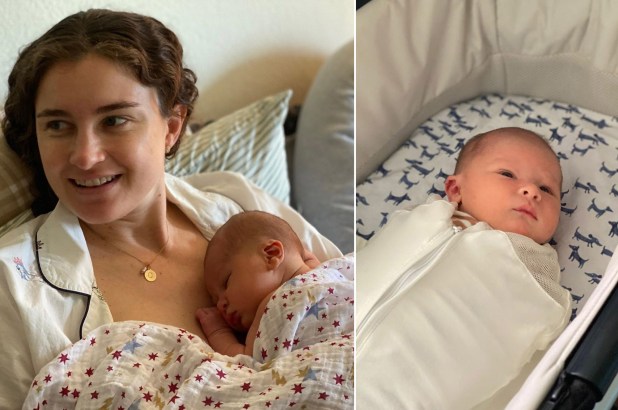 In the midst of the pandemic, Candice Bergen has become a grandmother.

On Wednesday, Bergen’s only child, Chloe Malle, announced on Instagram that she and husband Graham McGrath Albert welcomed a baby boy on May 19.

Malle shared several sweet photos of her son, named Arthur Louis Albert, alongside the caption, “A week into the world and still observing strict shelter in place orders.”

In one of the photos, Malle is holding her bub on her chest while clad in a hospital gown, Arthur next to the couple’s pooch Lloyd. There is another of Graham holding their baby while wearing a face mask.

Malle, a Vogue contributor whose father is the late acclaimed French film director Louis Malle, married Albert in 2015 in Southwestern France. “Murphy Brown” star Bergen, 74, shared a photo on Instagram earlier this week of her heavily pregnant daughter and captioned it, “The Wait.”