You have reached the cached page for https://www.rottentomatoes.com/m/just_friends
Below is a snapshot of the Web page as it appeared on 10/27/2020 (the last time our crawler visited it). This is the version of the page that was used for ranking your search results. The page may have changed since we last cached it. To see what might have changed (without the highlights), go to the current page.
You searched for: Just Friends movie We have highlighted matching words that appear in the page below.
Bing is not responsible for the content of this page.
Just Friends (2005) - Rotten Tomatoes
Home
Top Box Office
Tickets & Showtimes
DVD & Streaming
TV
News 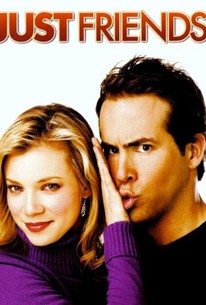 There are moments of mirth in this overly broad comedy, but mostly, Just Friends is just not that funny.

High school student Chris Brander (Ryan Reynolds) loves his best friend, Jamie Palamino (Amy Smart). He finally confesses his feelings, but she tells him that she just wants to be friends, and he leaves town in shame. Ten years later, Chris is a successful record executive and involved with self-absorbed pop star Samantha James (Anna Faris). He still pines for Jamie, though, and when his plans to go to Paris for the holidays fall through, he returns to his hometown to try and win her heart.