You have reached the cached page for https://www.lavernianews.com/articles/julia-ann-williams-mattke-my-heart-will-always-be-in-sutherland-springs/
Below is a snapshot of the Web page as it appeared on 1/2/2022 (the last time our crawler visited it). This is the version of the page that was used for ranking your search results. The page may have changed since we last cached it. To see what might have changed (without the highlights), go to the current page.
You searched for: Julia Ann Williams We have highlighted matching words that appear in the page below.
Bing is not responsible for the content of this page.
Julia Ann Williams Mattke: My heart will always be in Sutherland Springs | La Vernia News

Julia Ann Williams Mattke: My heart will always be in Sutherland Springs 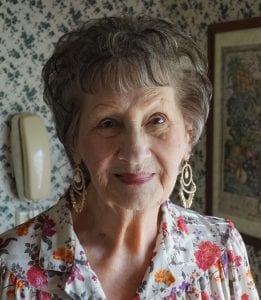 PASCALLE BIPPERT
Julia Ann Williams Mattke is proud to be from Sutherland Springs.

“Don’t ever forget where you came from. It’s so important!”

It’s something Julia Ann Williams Mattke of La Vernia has emphasized to her daughters, Cynthia Corine and Marilynn Rene.

Julia Ann, 85, knows exactly where she comes from — she was born in the once-bustling spa town of Sutherland Springs and knows just how important her family’s legacy is to the town of her birth.

Her grandfather, Thomas Jackson Williams, once owned the legendary Hotel Sutherland. “T.J. Papa,” as Julia Ann lovingly calls him, came to Texas when he was 2 years old. His parents, wealthy plantation owners from Alabama, moved to Kountze, Texas. The family continued to prosper as they invested in oil wells in and near Nacogdoches. 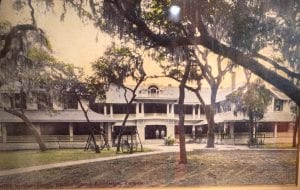 Julia’s grandfather married Elizabeth Jimmie Schultz. The couple had five children. Their son, Thomas Jackson Williams II, died when he was only 2.

The couple then moved to Sutherland Springs, where T.J. Papa bought the Hotel Sutherland in 1912 for $50,000, “because my grandmother wanted it,” Julia Ann recalled.

“Sutherland Springs was thriving,” at the time, Julia said. The grand hotel “ … had 52 rooms and 110 windows.” The sulphur springs filled the pool, and people came from as far away as England, France, and Spain to swim in the healing waters. A hotel register on exhibit in the Sutherland Springs Historical Museum includes a list of the folks who came from Europe to stay. In 1913, there was a big flood that destroyed the bath house.

“T.J. Papa rebuilt the bath house,” Julia Ann said. He built the streets and sidewalks in Sutherland Springs — “They are still there!” his granddaughter exclaimed. And he built a little excursion train from the train depot to the 100-acre park.

“My mother was very intelligent and had graduated from high school at the age of 16,” Julia Ann shared, a note of pride in her voice. “She got special permission from the state of Texas to teach at the age of 16!” 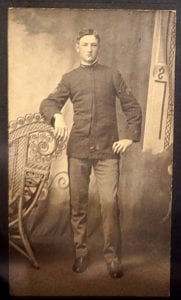 Courtesy/Julia Ann Williams Mattke
Thomas Jackson Williams — fondly remembered by his granddaughter, Julia Ann, as “T.J. Papa” — came to Texas from Alabama. He owned and operated the Hotel Sutherland in the thriving spa town of Sutherland Springs, where visitors came from around the world for the healing waters.

The couple had 7 children: six girls and one boy; their son was named T.J. Williams III.

In 1919, T.J. Papa moved to San Antonio because his wife had uterine cancer.

With her grandparents absent, the Hotel Sutherland was being robbed, so Julia Ann’s parents took over the hotel in 1928. Julia Ann’s sister, Kathleen, was born on July 21 of that year; her T.J. Papa died that same day from a rattlesnake bite. Julia Ann was born July 21, 1933, in the hotel. Her family lived downstairs and rented rooms to a Baptist minister and his family who needed a place to stay.

“I learned to roller skate on the pecan floors of the ballroom and on the circle drive in front of the hotel!” Julia Ann reminisced, a huge smile lighting her face.

“The sulphur foamed up on the top of the pool,” she added. “My two sisters used to skim it off the top and put it into the Cibolo. We should have bottled it and sold it for its healing properties!”

“We didn’t have a living room,” she continued. “We had a parlor” — as she shared photos of the parlor and its rich furnishings. “We had a dance every weekend in the ballroom and gave all the proceeds to the PTA. Mrs. Audrey Poppell was the band leader and piano player. She played all over Texas. She was amazing!”

Julia Ann’s parents sold the hotel in 1942 to Pat Higgins, because it was too big to live in — with a caveat that the hotel be maintained. But just two years later, the hotel was torn down by Higgins. Her father passed away not long after, in 1944.

Though the Hotel Sutherland is no more, parts of it remain — including the floor of the Sutherland Springs Community Center.

The “… floor is made from the pecan from the hotel’s gym,” Julia Ann said. 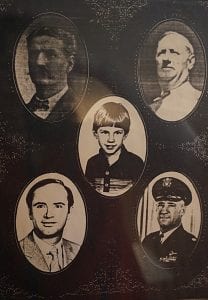 Courtesy/Julia Ann Williams Mattke
The Williams family legacy lives on in the descendants of Thomas Jackson Williams, the first “T.J.” This photo collage depicts all five of the family members who bear his name.

She married Paul Reynolds Mattke in 1969; they were married for more than 30 years. They moved to La Vernia, and lived on F.M. 775 across from Immanuel Lutheran Church. During the flood of 1998, more than 6 feet of water flooded their home, and the Mattkes lost everything.

“They told us to take nothing, because of the sewage that might be present in the water,” Julia Ann lamented.

Precious artifacts, memorabilia from the hotel, and all her French Provincial furniture were lost. She is still heartbroken about the loss to this day.

Julia Ann’s former home is being restored now by its new owner, but, she says, “I can’t go in there. It’s still too much to bear.”

She and Paul had two daughters; he passed away in 2004 at the age of 91. The family also includes four grandchildren and seven great-grandchildren.

The Williams family legacy lives on through its sons, some of whom continue the family nickname — “My nephew was T.J. IV,” Julia Ann advised. “And his son is T.J. V!”

Sutherland Springs is no longer a bustling spa town, and the Hotel Sutherland isn’t there to welcome visitors from foreign climes to enjoy its healing sulphur springs, but the community still holds a special place in the heart of its proud daughter. It’s part of her and who she is, and she wants to always be part of it.

“When I die, I want my ashes to be sprinkled all over Sutherland Springs where the hotel was,” Julia Ann said, emphatically. “That’s where my happiest memories are.”

History of a spa town

The Sutherland Springs Historical Museum contains artifacts and information about the community’s days as a spa town, the county seat of Wilson County, and much more.

The museum is open to the public on the first Saturday of the month from February through November, from 10 a.m. to 2 p.m., or by appointment.
For information, call Tambria Read at 210-289-3583.