You have reached the cached page for http://www.johnapowell.org/
Below is a snapshot of the Web page as it appeared on 1/27/2021 (the last time our crawler visited it). This is the version of the page that was used for ranking your search results. The page may have changed since we last cached it. To see what might have changed (without the highlights), go to the current page.
You searched for: John Powell We have highlighted matching words that appear in the page below.
Bing is not responsible for the content of this page.
john a. powell 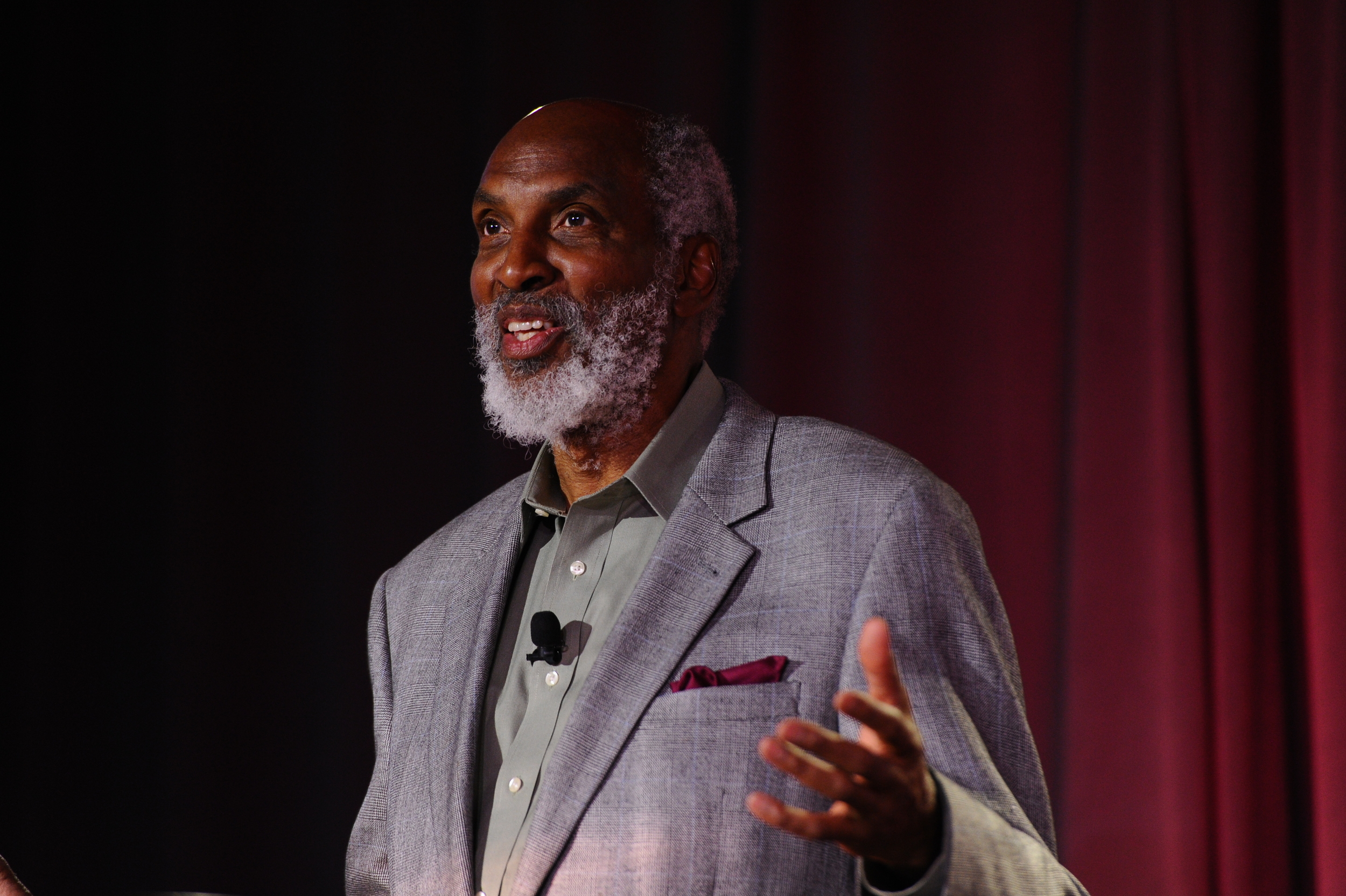 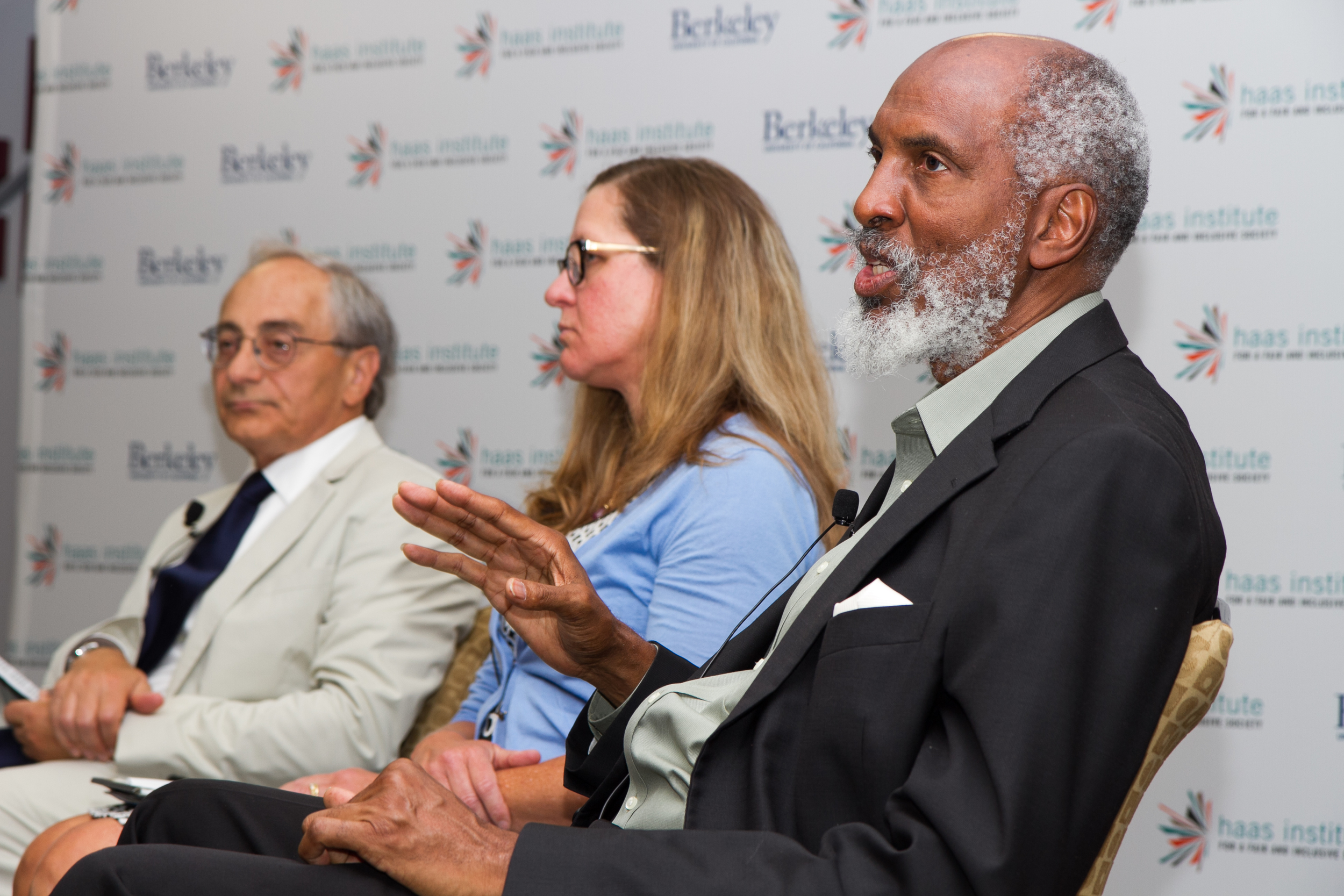 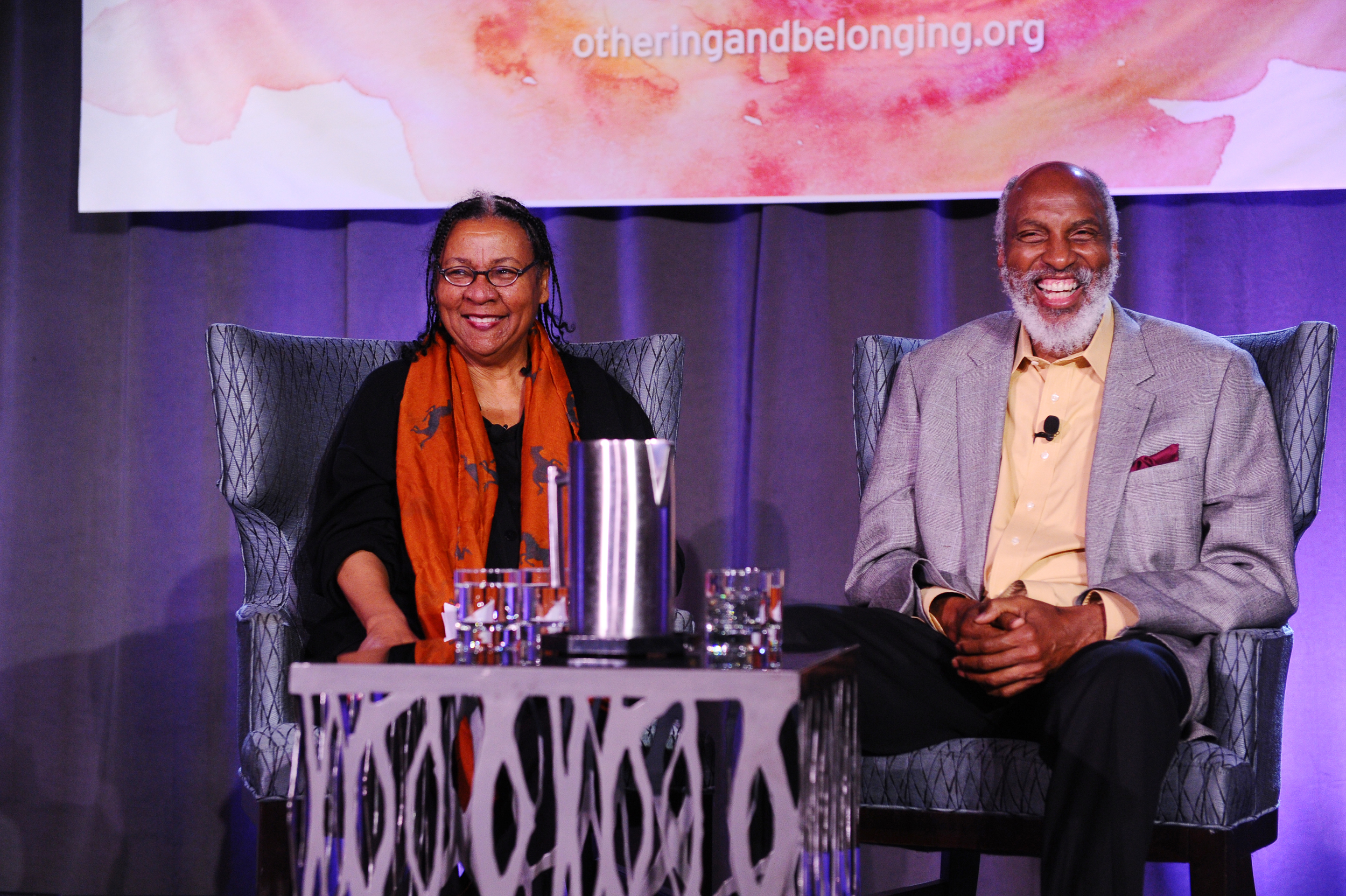 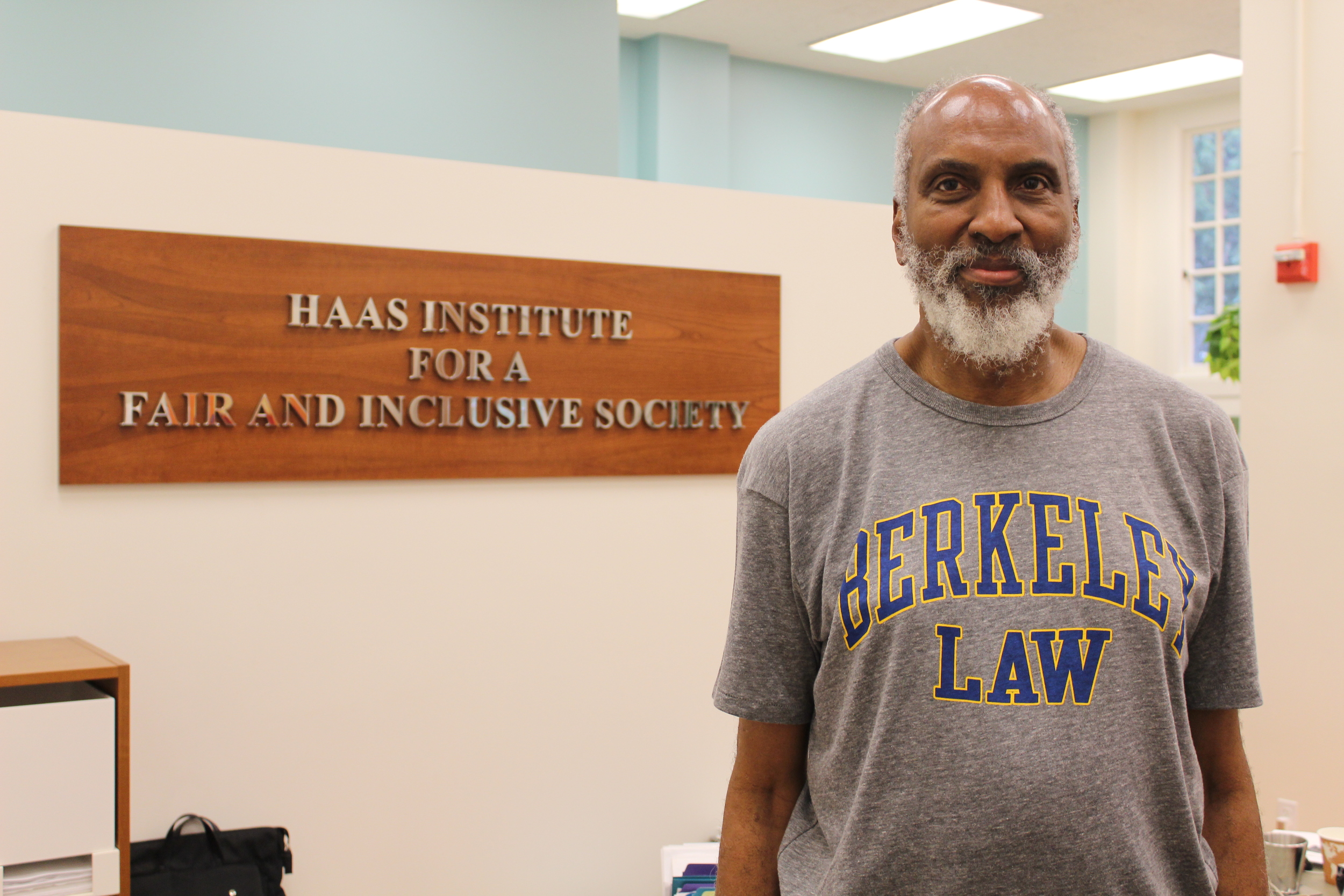 expanding the circle of human concern

expanding the circle of human concern

john powell is the Director of the Othering & Belonging Institute, a UC Berkeley research institute that brings together scholars, organizers, communicators, and policymakers to identify and eliminate the barriers to an inclusive, just, and sustainable society and to create transformative change toward a more equitable nation.

john holds the Robert D. Haas Chancellor’s Chair in Equity and Inclusion and is a Professor of Law, African American Studies, and Ethnic Studies at UC Berkeley.

john has written extensively on a number of issues including structural racism, racial justice, concentrated poverty and urban sprawl, opportunity based housing, voting rights, affirmative action in the United States, South Africa and Brazil, racial and ethnic identity, spirituality and social justice, and the needs of citizens in a democratic society.

john was formerly the Executive Director of the Kirwan Institute for the Study of Race and Ethnicity at Ohio State University and held the Gregory H. Williams Chair in Civil Rights & Civil Liberties at the Moritz College of Law. john also founded and directed the Institute on Race and Poverty at the University of Minnesota. He has served as Director of Legal Services in Miami, Florida and was National Legal Director of the American Civil Liberties Union where he was instrumental in developing educational adequacy theory.

john is the author of several books, including his most recent work, Racing to Justice: Transforming our Concepts of Self and Other to Build an Inclusive Society.

john has worked and lived in Africa, where he was a consultant to the governments of Mozambique and South Africa. He has also lived and worked in India and done work in South America and Europe. john is one of the co-founders of the Poverty & Race Research Action Council and serves on the board of several national organizations. john has taught at numerous law schools including Harvard and Columbia University.


john a. powell is the Director of the
Othering & Belonging Institute and Professor of Law at UC Berkeley.


john a. powell is the Director of the
Othering & Belonging Institute and Professor of Law at UC Berkeley.

Visit the Scholarship page to view all of his work. 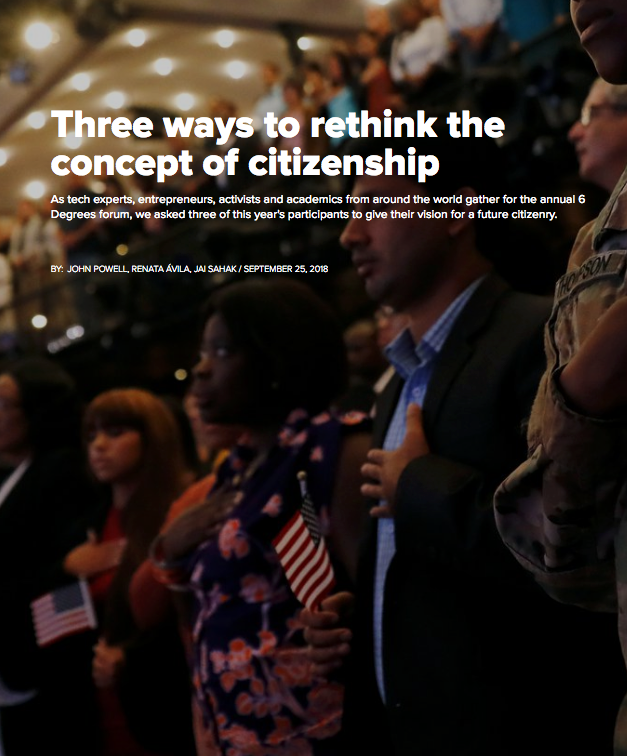 Three Ways to Rethink the Concept of Citizenship 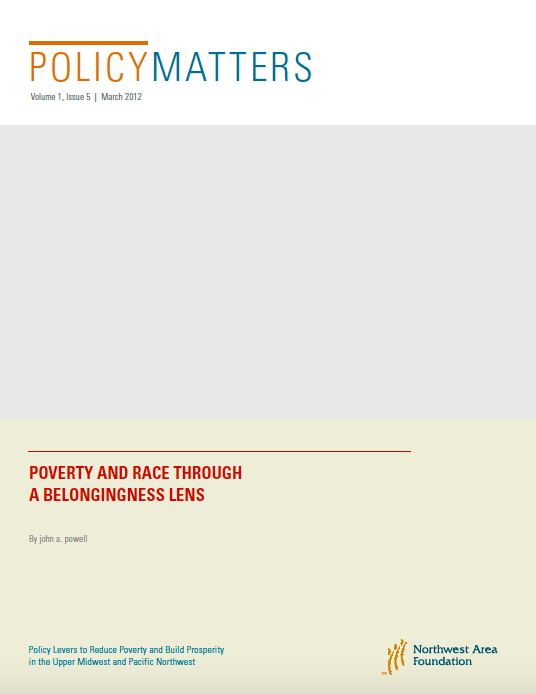 Policy Matters: Poverty and Race Through a Belongingness Lens 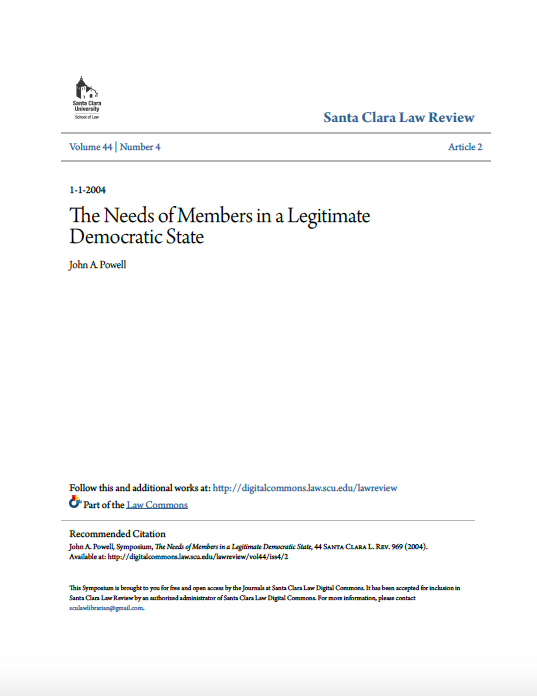 Santa Clara Law Review: The Need of Members in a Legitimate Democratic State 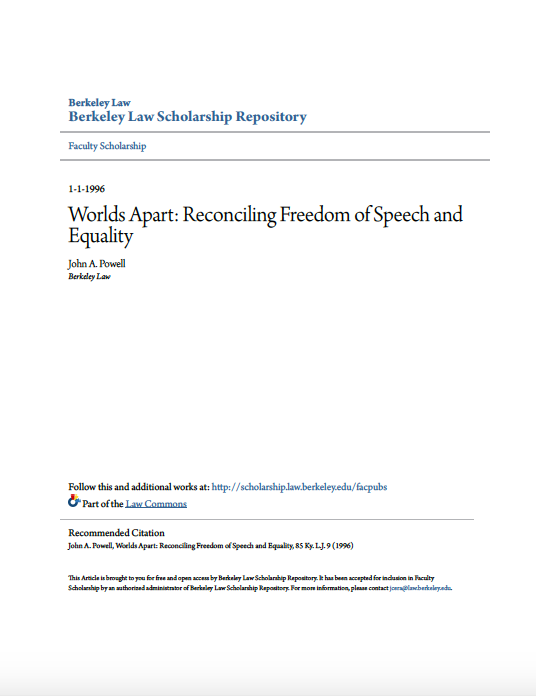 
john speaks frequently about
conceptions of race, self, and belonging.


john speaks frequently about
conceptions of race, self, and belonging.


john is a Professor of Law, Ethnic Studies, and African American Studies at UC Berkeley.


john is a Professor of Law, Ethnic Studies, and African American Studies at UC Berkeley.