You have reached the cached page for https://www.rottentomatoes.com/celebrity/jj_abrams
Below is a snapshot of the Web page as it appeared on 12/8/2021 (the last time our crawler visited it). This is the version of the page that was used for ranking your search results. The page may have changed since we last cached it. To see what might have changed (without the highlights), go to the current page.
You searched for: J. J. Abrams We have highlighted matching words that appear in the page below.
Bing is not responsible for the content of this page.
Rotten Tomatoes: Movies | TV Shows | Movie Trailers | Reviews - Rotten Tomatoes 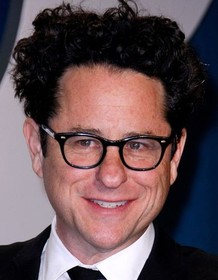 An inventive screenwriter and television producer who transformed himself into one of Hollywood's biggest feature directors, J.J. Abrams created some of television's most watched shows while simultaneously making huge blockbuster movies. Though he had a rather inauspicious start writing the scripts for "Taking Care of Business" (1990) and "Regarding Henry" (1991), Abrams made his first dent in the cultural zeitgeist with the hit drama "Felicity" (The WB, 1998-2002). Abrams truly began making his mark with the spy drama "Alias" (ABC, 2001-06), which turned lead actress Jennifer Garner into a star and helped resurrect a foundering ABC network. He went on to help create the cult phenomenon "Lost" (ABC, 2004-2010), a mysterious sci-fi thriller wrapped inside a stirring character drama that attracted a loyal audience, all of whom tried to decipher the previous night's episode. When he left the series during the height of its run, Abrams ventured into feature film directing with the well-received "Mission: Impossible III" (2006). He also paid homage to the classic '80s films of his hero Steven Spielberg with "Super 8" (2011), which audiences and critics hailed as one of Abrams' most engaging efforts in a career already rife with crowd-pleasing entertainment. It was his reboot of the famed franchise "Star Trek" (2009) that launched his blockbuster career in earnest and foretold of even greater things to come, including the 2013 announcement that he landed the coveted director's job on "Star Wars: The Force Awakens" (2015), which went on to overtake "Avatar" (2009) as the highest-grossing film in history (not adjusted for inflation). In September 2017, Abrams' return to the Star Wars universe was confirmed when it was announced that he would replace the departing Colin Trevorrow as writer and director of 2019's "Star Wars Episode IX."