You have reached the cached page for https://www.amazon.com/Its-Girls-Bette-Midler/dp/B00O6O9UJ8
Below is a snapshot of the Web page as it appeared on 3/30/2021 (the last time our crawler visited it). This is the version of the page that was used for ranking your search results. The page may have changed since we last cached it. To see what might have changed (without the highlights), go to the current page.
You searched for: It's the Girls! Bette Midler We have highlighted matching words that appear in the page below.
Bing is not responsible for the content of this page.
It's The Girls by Bette Midler on Amazon Music - Amazon.com 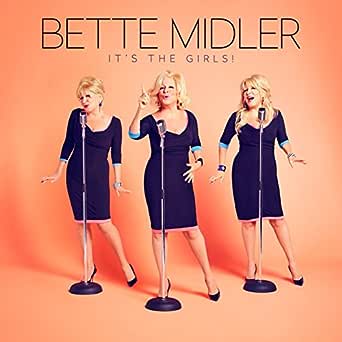 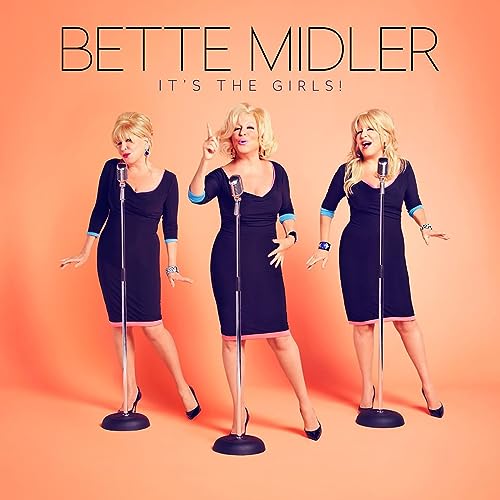 4.7 out of 5 stars
4.7 out of 5
1,801 global ratings
How are ratings calculated?
To calculate the overall star rating and percentage breakdown by star, we don’t use a simple average. Instead, our system considers things like how recent a review is and if the reviewer bought the item on Amazon. It also analyzes reviews to verify trustworthiness.

Steven HaaralaTop Contributor: David Bowie
5.0 out of 5 stars "And the winner is...omigod...it's Bette Midler!"
Reviewed in the United States on November 15, 2014
Verified Purchase
A lot of big-name artists released well-publicized albums this fall, among them Barbra, Aretha, Annie, Billy and Gaga. I sampled them all and heard some of them entirely, but so far the only one I have felt compelled to buy is this one by Bette Midler. The others didn't measure up for various reasons, while Bette's is satisfying for various reasons, which I will try to enumerate.

First I think is the utter simplicity of it. The production is slick, but there are no pretensions. It is an album of pop music covers from various girl groups, and that's it. Since the beginning of her career, Bette has done this type of "retro" music better than anyone else. Also, unlike some of the other artists I mentioned, Bette's voice still sounds as good as it ever did, to me. I have to disagree with some other reviewers on a couple of issues. One said that the vocals sound "phoned in", and a couple of others described them as "karaoke". No offense, but I don't find this at all. To me, the upbeat numbers are joyous and exuberant, and the serious ones have nuanced feeling. Highlights for me include the following:
"Be My Baby" - I always wanted a really vibrant version of that classic song, and now I have it.
"Baby It's You" - It is mellow, but subtly serious.
"He's Sure The Boy I Love" - Bette and Darlene Love have great fun on this duet, and Darlene still sounds fabulous too.
"Come And Get These Memories" - This slowed down version is very affecting.
"Too Many Fish In The Sea" - Very high energy with some funny spoken lines.
"Teach Me Tonight" - In the style of "Old Cape Cod" from "Songs For The New Depression".
"Waterfalls" - The crown jewel of the album. Despite the risk, Bette took a very popular song and turned it into a superb vocal performance.
"Give Him A Great Big Kiss" - Campy just like "Leader Of The Pack" from her first album. And we don't get to hear Shangri-Las covers often enough.

Even Bette's version of "Mr. Sandman", a song I never really liked, is tolerable. The only track I don't care for is "You Can't Hurry Love". For some reason I have never liked any version other than the original by Diana Ross & The Supremes, so I can't really blame Bette for that.

The album debuted at No. 3 on the Billboard 200, so I'd say Ms. Midler is off to a good start with this one. And from the beginning I had a feeling that it would be a winner. I feel this is an album that she was destined to make. I have only one regret: why, oh why, didn't she include "He's A Rebel"?
Read more
7 people found this helpful
Helpful
Report abuse

DonMac
4.0 out of 5 stars BetteMidler is One Smart Cookie
Reviewed in the United States on November 8, 2014
Verified Purchase
Okay, so this has been a really good fall for grownups musically. Streisand, Lennox and Midler all released albums. Bennett and Gaga, even Manilow has a seance-like album coming out. That in itself is a reason to rejoice if you don't need another album sprinkled with rap and EDM. This is a very good, solid album. The thing about it is this: if you are a Midler fan and know these songs, you can almost hear the album in your head without having to buy it - although taking a pass would be a mistake. This is an album that will make you feel good and Bette does a great job here. Nothing new or surprising (Lennoxes Nostalgia is probably the most original of this bunch because its not stuff you're used to hearing from her) but it is all good vibes and good energy. Waterfalls is great - taking TLC and turning it into a Midler gut-wrenching ballad works well, but I think it brings the album to halt. It's like being at a party having fun and then Debbie Downer sits next to you. Otherwise she gives us a generous 15 cuts of great energy and retro fun. Bette MIdler knows her strengths and she uses them to full advantage here. Buy it.
Read more
7 people found this helpful
Helpful
Report abuse

Paul Tognetti
5.0 out of 5 stars Bette is back and having a blast!
Reviewed in the United States on November 4, 2014
As 2014 draws to a close a number of exciting new releases have grabbed my attention. The latest is Bette Midler's first studio album in eight years. "It's The Girls" celebrates the "girl group" sound that has captivated America for decades. What an awesome record! This just might be Bette Midler's best album since "The Divine Miss M" way back in 1972. From the get-go it is quite apparent that Bette was fired up for this one. The vocals on this disc are nothing short of exhilarating. My favorite tune has to be Midler's lively rendition of the The Exciters great 1963 hit "Tell Him" followed closely by the fabulous duet "He's Sure The Boy I Love" with Darlene Love. Meanwhile, Bette reaches way back into the grooveyard of forgotten favorites with a mighty fine rendition of The Chordettes 1954 monster hit "Mr. Sandman". Now if you are craving something a bit more contemporary check out "Waterfalls". Bette Midler makes this 1995 TLC tune all her own. In my opinion it is much better than the original. If jazz happens to be your bag then you are going to love "Teach Me Tonight". Great stuff! The album concludes with the title track "It's The Girl" which was a Top Ten hit for the original girl group The Boswell Sisters way back in 1931. So fire up your CD player, pop in "It's The Girls", sing along with Bette and savor the joy. It is quite apparent that this project was a labor of love for just about everyone involved. There is not a bad track on this record. "It's The Girls" is a five star production in every way and that rare album that appeals to people of all ages. Enthusiastically recommended!
Read more
171 people found this helpful
Helpful
Report abuse
See all reviews

ROBIN
5.0 out of 5 stars I THOUGHT SHE WAS ONE, NOT THREE
Reviewed in the United Kingdom on December 30, 2014
Verified Purchase
This CD is a great tribute to the Girl groups from the 1930`s to the 1960`s. Bette Midler transforms herself from a solo artiste of the highest order to a group. I have often heard of a lead singer in a group going solo, but this is the first time a solo artist has become a group. Convincing and technically brilliant!

There are 15 tracks comprising songs made famous by the Ronettes, Chiffons, Andrews Sisters, Shirelles, Exciters, Crystals, Chordettes, Martha and the Vandellas, Marvelettes, DeCastro Sisters, Boswell Sisters and the Supremes. You easily forget that all the vocals are by Bette Midler (with a little help from Darlene Love on one track). Looking at the cover picture, I rather fancy the one on the right. A novel idea, performed to the highest standard.
Read more
One person found this helpful
Report abuse

J. Scott-mandeville
4.0 out of 5 stars Fun and frolics from our favourite Divine Miss M
Reviewed in the United Kingdom on December 15, 2014
Verified Purchase
I loved the girl bands of the early sixties. I love Bette Midler. So there's nothing not to like about this album. Bette Midler is a beautiful American institution, funny and fabulous, but she can also sing. This album is fun and VERY good.
Read more
8 people found this helpful
Report abuse

Philip Mc cabe.
5.0 out of 5 stars Awesome.
Reviewed in the United Kingdom on March 29, 2020
Verified Purchase
Awesome Disc great value and good service. And of course if you like Bette Midler you are on to a winner. Even threw a poem in for good measure.10 out of 10.
Read more
Report abuse

JOHN BURGESS
5.0 out of 5 stars Worth every penny
Reviewed in the United Kingdom on March 27, 2021
Verified Purchase
Brilliant CD the songs are mostly from the 60's, just had a slight problem with the CD it jumped occasionally but I am playing it on an old CD device, give it a clean and its ok, she performs these songs brilliantly, can and do listen to it most days, if you like 60's music can highly recommend this CD
Read more
Report abuse

MalMonroe
5.0 out of 5 stars Fabulous, daaahling!
Reviewed in the United Kingdom on May 30, 2016
Verified Purchase
I love every track on this album! And that's from someone who isn't really a Bette Midler fan at all. This CD is nothing like the Bette Midler I've known before. I love her acting but have never really been impressed by her singing. It could be because she's singing with others, I don't know. But I do know that I'm really pleased with this.
Read more
One person found this helpful
Report abuse
See all reviews

Back to top
Get to Know Us
Make Money with Us
Amazon Payment Products
Let Us Help You
EnglishChoose a language for shopping. United StatesChoose a country/region for shopping.
© 1996-2021, Amazon.com, Inc. or its affiliates