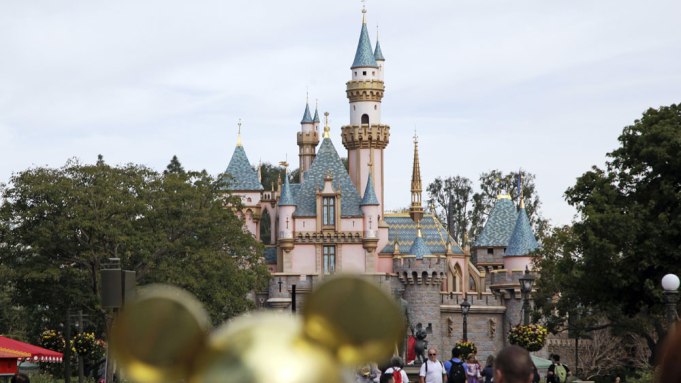 UPDATED: As of March 27, Disneyland and Walt Disney World have extended their theme park closures indefinitely.

By Monday, all Disney theme parks worldwide and both Universal Studios in the U.S. will be closed in an effort to prevent the further spread of the novel coronavirus, or COVID-19. Six Flags America, California-based Knott’s Berry Farm, Legoland California and SeaWorld have since joined them in deciding to close through the end of March.

The announcements from Disney and Universal Studios came in quick succession Thursday, not long after California Gov. Gavin Newsom held a press conference to address the state’s prevention and containment efforts. He outlined the new guidance to cancel or postpone gatherings of 250 people or more in California, but noted that he had spoken with Disney executive chairman Bob Iger on Wednesday, and that casinos, card rooms, theaters, and large parks like Disneyland would be exempt from the recommendations due to “the complexity of their unique circumstances.”

Less than two hours after the presser ended, however, Disney announced that it would temporarily shutter Disneyland Park and Disney California Adventure starting Saturday, March 14 through the end of the month, a move that Newsom hailed as a good decision.

“Late last night, California put out a new policy on mass gatherings and engaged in deep conversations with Disney and other companies about how to meet it,” he said in a statement Thursday afternoon. “Using that policy, Disney made the right call in the interest of public health and agreed to shut down their California parks. Expect more announcements like this shortly.”

And the announcements did come shortly. Universal Studios Hollywood issued a statement that it would close beginning Saturday, March 14, with an anticipated re-opening on March 28.

By evening, Walt Disney World in Florida, Disneyland Paris and Universal Studios Orlando said they would shutter by close of business Sunday, March 15, and remain closed through the end of the month.

The Disney Cruise Line is also suspending all new departures beginning Saturday through the end of March. The Walt Disney Company will pay its cast members during that closure period.

“The health and safety of our team members and guests is always our top priority,” said a Universal Studios spokesperson, adding that they would monitor the situation and “provide timely updates as conditions evolve.”

Disneyland Resort foresees opening its doors again at the end of the month. It is only the third time in history that the theme park and resort in Anaheim, Calif., has fully suspended operations. The other instances were the Sept. 11 attacks and the national day of mourning after President John F. Kennedy’s assassination.

“While there have been no reported cases of COVID-19 at Disneyland Resort, after carefully reviewing the guidelines of the Governor of California’s executive order and in the best interest of our guests and employees, we are proceeding with the closure of Disneyland Park and Disney California Adventure, beginning the morning of March 14 through the end of the month,” Disney said in its initial statement. “The Hotels of Disneyland Resort will remain open until Monday, March 16 to give guests the ability to make necessary travel arrangements; Downtown Disney will remain open. We will monitor the ongoing situation and follow the advice and guidance of federal and state officials and health agencies. Disney will continue to pay cast members during this time.”

The company added, “Disneyland Resort will work with guests who wish to change or cancel their visits, and will provide refunds to those who have hotel bookings during this closure period.”

Per the California Dept. of Public Health on Wednesday, the new guidance is as follows through the month of March:

The California Department of Public Health finds the following:
This applies to all non-essential professional, social, and community gatherings regardless of their sponsor.

Disney was slower than some its peers to close the doors to major venues in the U.S., despite cancellations of major entertainment industry events like South by Southwest and Coachella. The NBA suspended its season Wednesday night after a player tested positive for coronavirus.

Disney heiress Abigail Disney, who has been critical of low wages for theme park employees, wrote Thursday on Twitter, “This is heartbreaking, but it’s the right thing to do. I just hope they honor their obligations to their employees.”

Elsewhere in California, Knott’s announced on Friday morning that starting on Saturday, March 14, it would close until the end of the month, but that Knott’s Berry Farm Hotel will remain open. The news was soon followed by SeaWorld and Legoland, which had remained committed to staying open as of Thursday, but by Friday afternoon decided to shutter through March. SeaWorld’s animal rescue and rehabilitation operations will continue to operate even as the park is closed.

CORRECTION: An earlier report said that Disneyland in Anaheim, Calif. had previously closed three times in history; however, the theme park remained open during the Northridge earthquake in 1994.