You have reached the cached page for https://www.rottentomatoes.com/m/disappearance_2019
Below is a snapshot of the Web page as it appeared on 8/6/2020 (the last time our crawler visited it). This is the version of the page that was used for ranking your search results. The page may have changed since we last cached it. To see what might have changed (without the highlights), go to the current page.
You searched for: In Order of Disappearance movie We have highlighted matching words that appear in the page below.
Bing is not responsible for the content of this page.
Disappearance (2019) - Rotten Tomatoes
Home
Top Box Office
Tickets & Showtimes
DVD & Streaming
TV
News 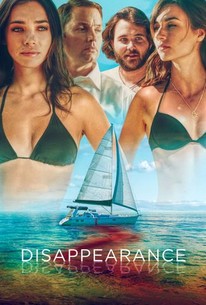 User Ratings: Not yet available

When author George Boulangé agrees to the wishes of his wife, Isabelle, and brings a young and beautiful waitress (Cecile) from café along for their weekend sailing trip, it becomes clear that he has agreed to do this for his own desires to stir up trouble, develop a plot for his novel, and ultimately discard Isabelle and replace her with Cecile. Isabelle is forced to confront the fact that she is aging out of what George wants in a playmate and spouse, and knows that the only way to hold onto her relationship is to become the alpha in the relationship. But George fights back, forcing them into a game of one-upmanship. Eventually the trio -- Isabelle, Cecile and the ship's Captain -- join forces against George, making their position clear. In the morning, he is reported missing, and Detective Kenny Park must sort through everyone's stories to ascertain if there was foul play, or if George simply left for greener pastures.

There are no featured audience reviews for Disappearance at this time.