You have reached the cached page for https://www.michaelnyman.com/
Below is a snapshot of the Web page as it appeared on 4/19/2021 (the last time our crawler visited it). This is the version of the page that was used for ranking your search results. The page may have changed since we last cached it. To see what might have changed (without the highlights), go to the current page.
You searched for: How many quartets does Michael Nyman have? We have highlighted matching words that appear in the page below.
Bing is not responsible for the content of this page.
Michael Nyman

The Michael Nyman Band celebrate their 40th birthday throughout 2017; performing at many events and festivals.

Programmes will includes music from The Draughtsman’s Contract, Drowning By Numbers, Prospero’s Books and Memorial (the stunning climax to The Cook, The Thief, His Wife and Her Lover), as well as Bird List Song from Peter Greenaway’s early experimental film The Falls, and, extracts from the Six Celan Songs, War Work, NYman with a Movie Camera and music from scores including Michael Winterbottom’s Wonderland and The Departure, please see below for their forthcoming events.

To get a flavour of the band's music, listen to their playlist on Spotify and online. 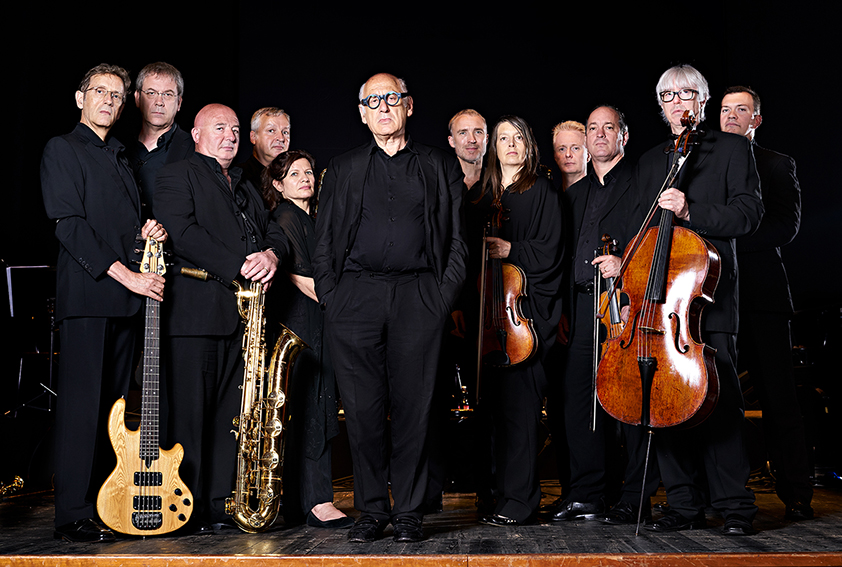 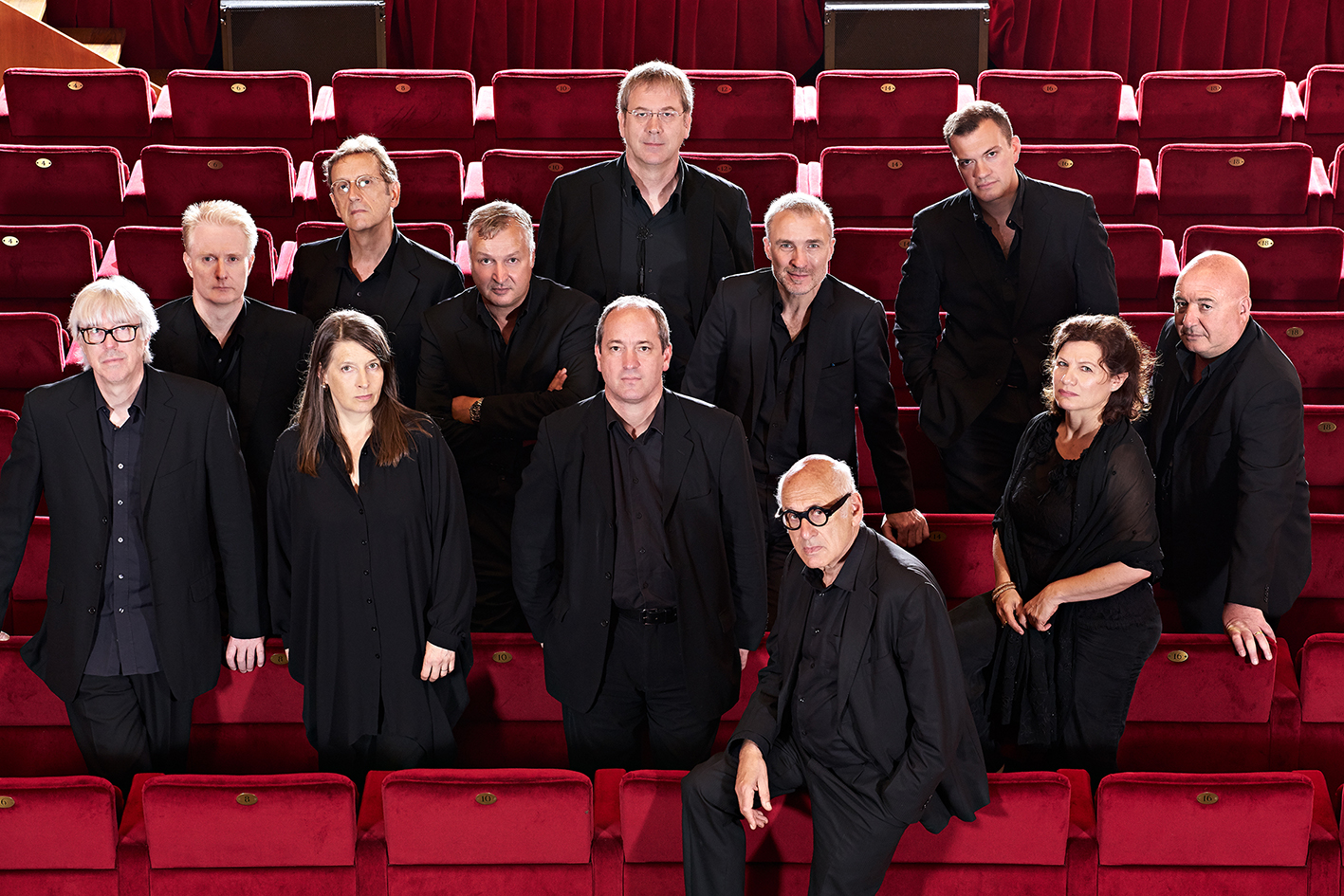 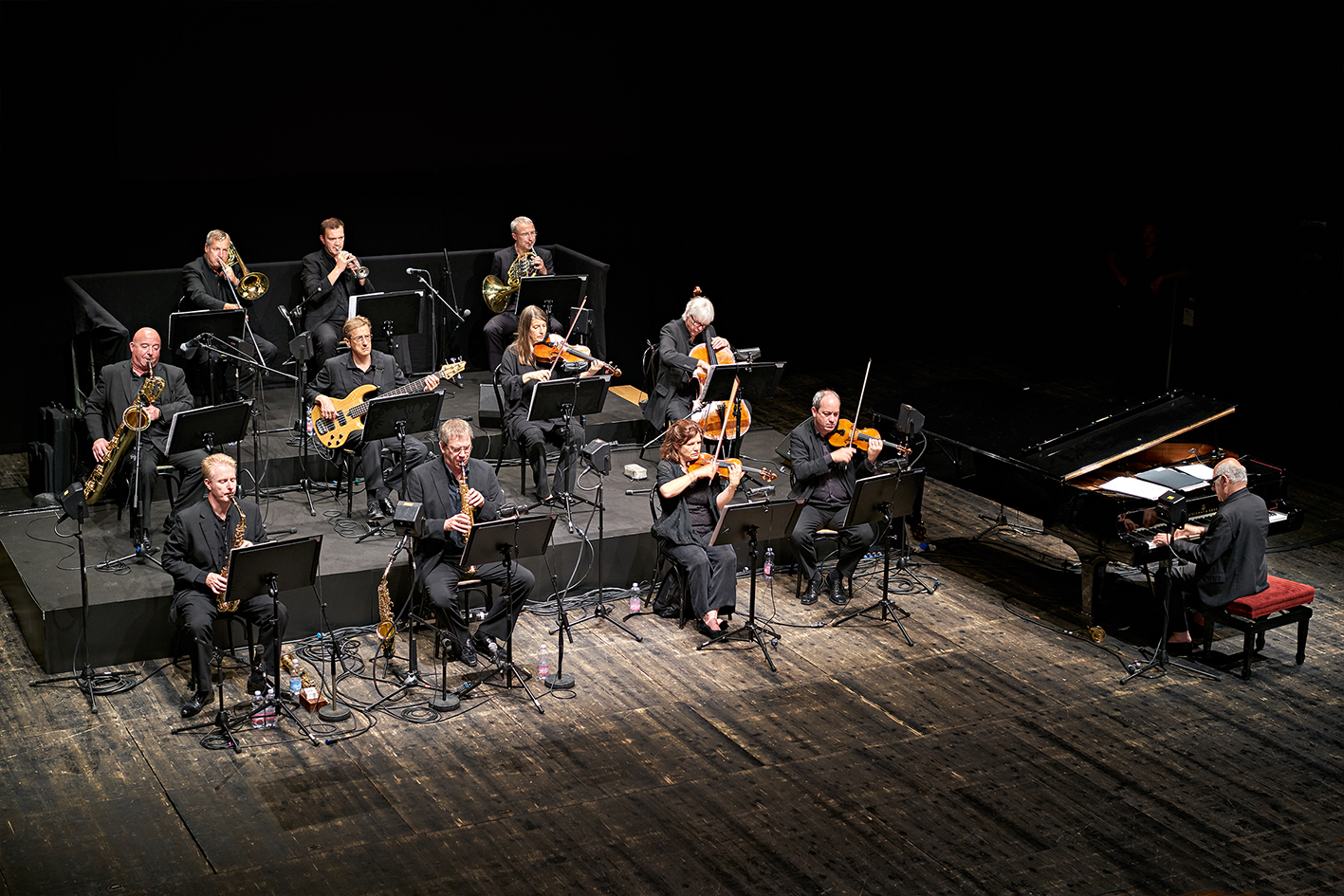 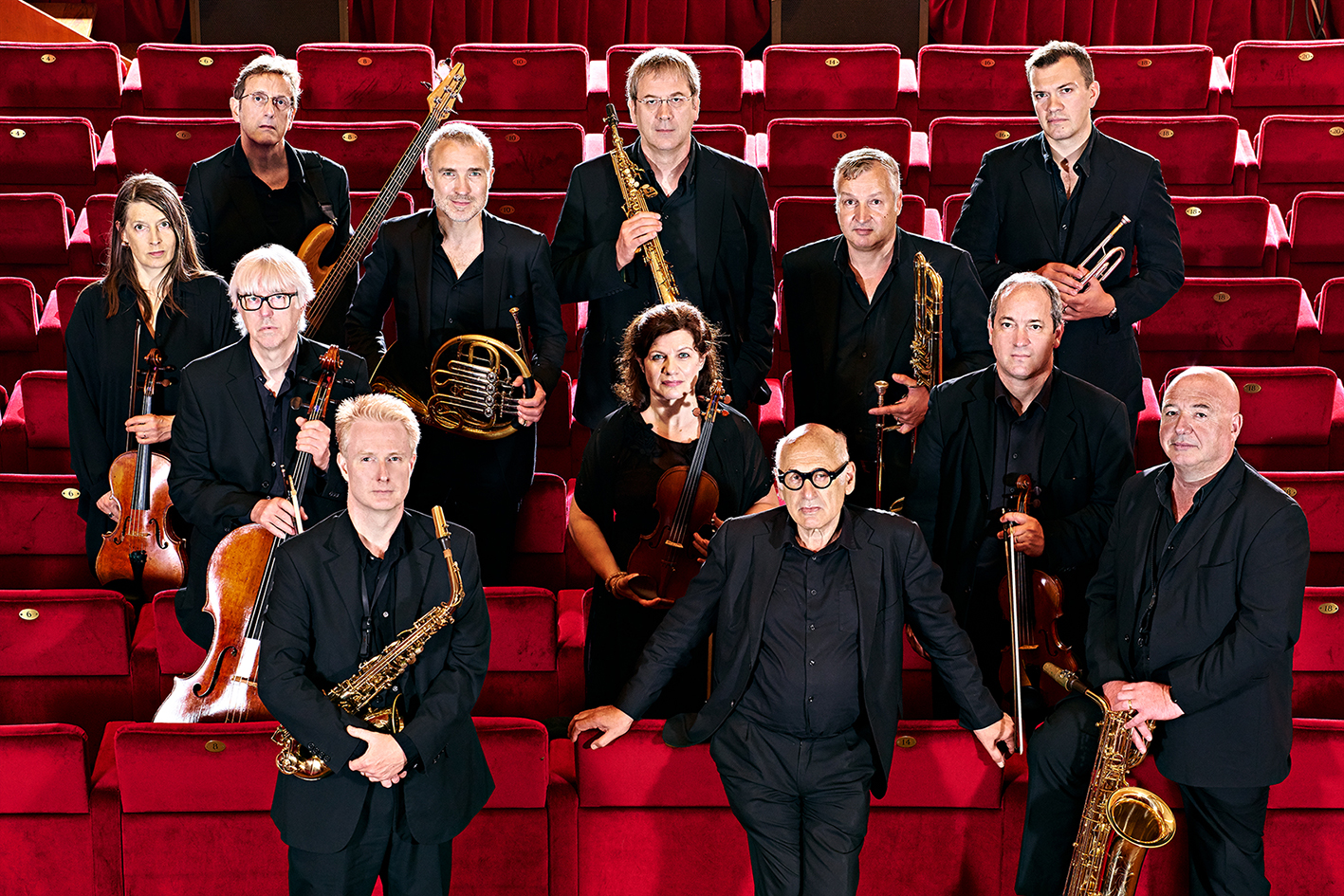 Michael Nyman is undoubtedly one of the UK’s most innovative and celebrated composers. His reputation is built upon a substantial body of work written for a wide variety of ensembles, not only for his own band, but also for symphony orchestra, choir and string quartet. In addition to his proliﬁc output as a composer, Nyman is also a conductor, pianist, writer, musicologist, photographer and ﬁlm-maker- his restless creativity and multi-faceted career making him one of the most dynamic and inﬂuential ﬁgures in contemporary culture.

Born in Stratford, East London on 23 March 1944, he was educated at the Sir George Monoux Grammar School, Walthamstow and studied at the Royal Academy of Music from 1961-64 with Dr Peter Fletcher, Alan Bush and Geraint Jones. Between 1964-67 Nyman was a Ph.D student at King’s College, London under Thurston Dart, studying English baroque music and the principles of scholarly editing, producing the ﬁrst modern edition of Purcell’s Catches (Stainer and Bell, 1967) and a new edition of Handel’s Concerti Grossi, Op.6 (Eulenberg, 1973). He spent the academic year 1965/6 as a British Council exchange student collecting folk music in Romania.

In 1968, whilst working as music critic for The Spectator he coined the term ‘minimal music’ and in the following decade he both reﬂected and inﬂuenced a certain school of thought in contemporary music. Most of his important reviews, articles and interviews from The Spectator, New Statesman, The Listener and Studio International have since been published in Michael Nyman: Collected Writings, (Ashgate, 2013). In 1974, as a development of his journalistic work, Nyman published the still-classic book on new music, Experimental Music: Cage and Beyond (Studio Vista, London).

In 1969 Nyman was commissioned to write the libretto for Sir Harrison Birtwistle's opera Down By The Greenwood Side. A subsequent commission from Birtwistle in 1976 to write music for Carlo Goldoni’s Il Campiello, the opening production at the National Theatre, led to the formation of the Campiello Band, (subsequently renamed the Michael Nyman Band) which for over four decades has been the laboratory for much of his inventive and experimental compositional work.

Nyman has also enjoyed a highly successful career as a ﬁlm composer, a role in which, somewhat to his regret, he is best known to the general public. His reputation was established through a series of highly successful scores for ﬁlms directed by Peter Greenaway, including The Draughtsman's Contract, Prospero’s Books, A Zed and Two Naughts and The Cook, the Thief, His Wife & Her Lover. Other scores include Neil Jordan's The End Of The Affair; Michael Winterbottom’s Wonderland, A Cock And Bull Story, and The Trip; Andrew Niccol’s Hollywood sci-ﬁ blockbuster Gattaca (1997), and his enchanting music for Jane Campion's 1993 ﬁlm, The Piano, the soundtrack album of which has sold more than three million copies. His music was used in the BAFTA award winning and Oscar nominated ﬁlm, Man on Wire whilst his score for Erasing David (2009) was awarded Best Original Soundtrack at The London East End Film Festival.

More recently Michael has focused on composing soundtracks for silent ﬁlms from the late 1920’s: Jean Vigo’s A Propos de Nice, Sergi Eisenstein’s Battleship Potemkin and new soundtracks for three Dziga Vertov ﬁlms- Man with a Movie Camera, The Eleventh Year and A Sixth Part of the World.

Over the past few years Nyman has produced and exhibited a series of multi-screen moving image installations, enhancing his international reputation as a composer with his work as a ﬁlm-maker. Working in collaboration with ﬁlm editor Max Pugh, Nyman has developed an impressive body of ﬁlmic works, drawing on his extensive collection of moving images and stills made over many years. These beautiful and striking ﬁlms, recorded during Michael’s travels in many countries and locations are blended with his musical compositions to create unique and extraordinarily evocative works. Nyman’s innate eye for detail, timing, colour, form, pattern and movement, are combined with his sense of humor and acute understanding and appreciation of visual and conceptual art.

His multi-screen installation NYman with a Movie Camera combines and intercuts extracts and fragments from many of Nyman’s extraordinary short ﬁlms with his soundtrack for Dziga Vertov’s 1929 masterpiece. The resulting twelve-screen installation is both a tribute to the original ground-breaking ﬁlm and a showcase for Nyman’s love of cinema, his ﬁlmic eye and his sense of pace and rhythm.

Nyman’s subsequent large-scale ﬁlm project War Work: 8 Songs with Film, commissioned by the War on Screen International Film Festival to commemorate the 100th anniversary of the First World War, is a powerful and moving evocation of the horrors of war. The ﬁlm draws together rare archive ﬁlm material of the devastating trauma and destructive power of war on those who bore the impact of conﬂict and battle, with imagery by painters and artists who were both witness and victim.

Although the range and scope of his musical output is a clear demonstration of his versatility, Nyman’s preferred musical form is opera, for which he has composed a number of inﬂuential works including The Man Who Mistook His Wife For a Hat (1986), Facing Goya (2000), and the critically acclaimed Man and Boy: Dada (2003).

In addition to his composing and ﬁlm-making activities, Nyman has a full international touring schedule with the Michael Nyman Band as well as a series of unique one-off performances with a variety of collaborators, including musicians from outside the western/classical/experimental traditions such as the Orqestra Andalusi de Tetouan, Rajan and Sajan Misra, U. Shrinivas, Estrella Morente, Seijin Noborakawa, Ute Lemper, Evan Parker, Peter Brotzmann, Paolo Fresu, Mike Giles, the Flying Lizards, Dagmar Krause, Sting, Damon Albarn, David McAlmont and Alva Noto.

Michael was awarded the CBE for services to British music in 2008.  His music has been released by Virgin, EMI, Decca, Warner Classics and Sony and is now represented exclusively by his own record label, MN Records and published by Chester Music Limited. 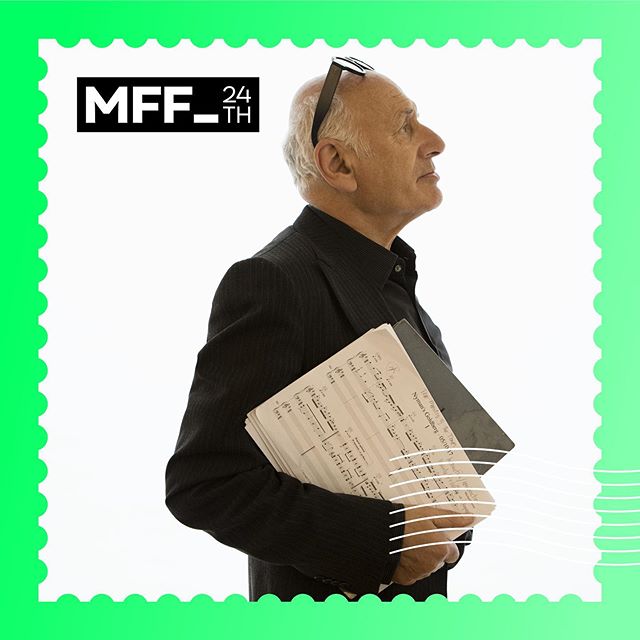 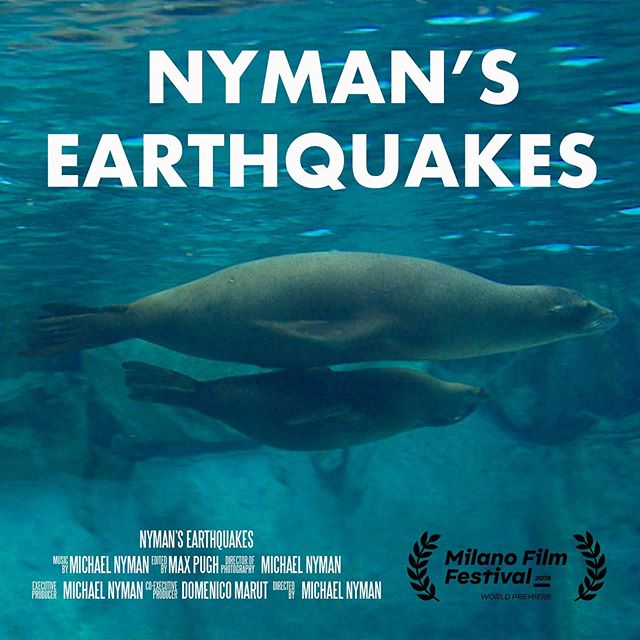 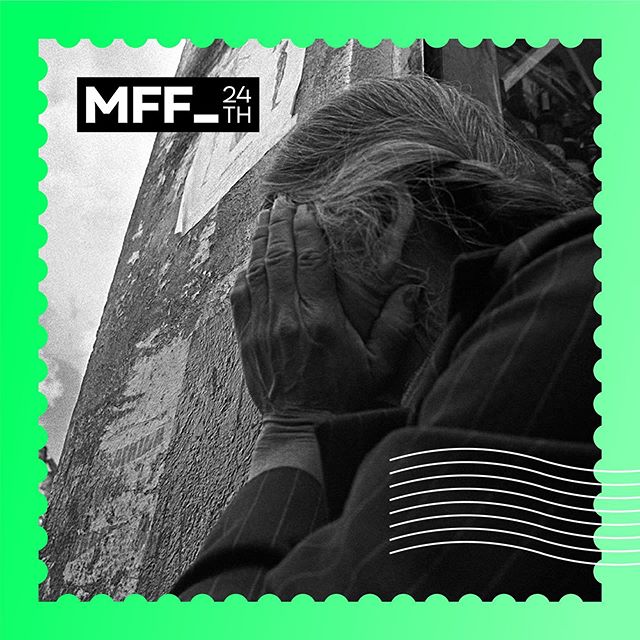 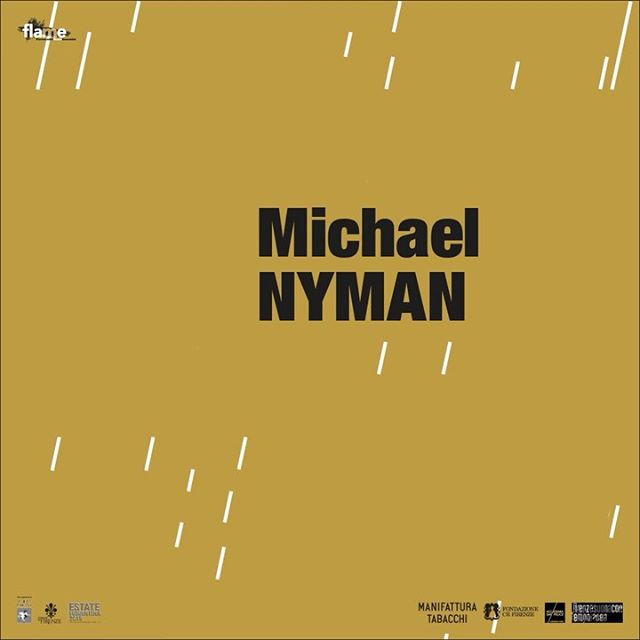 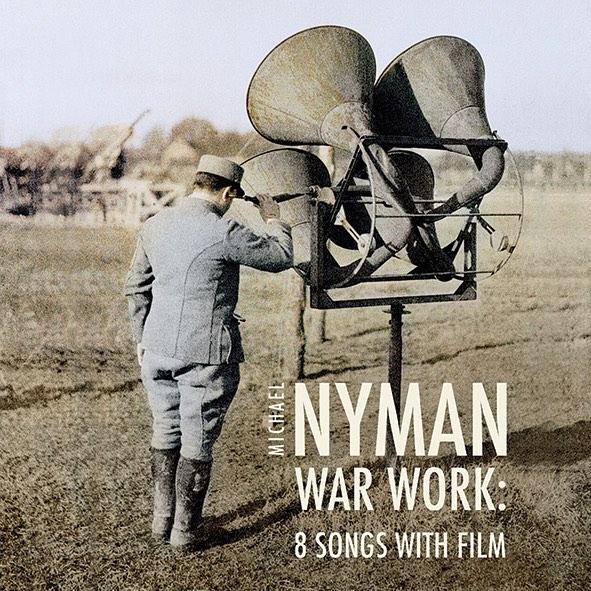 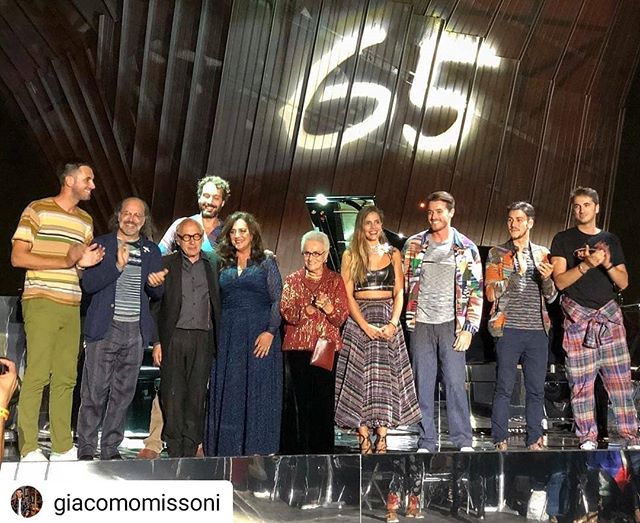 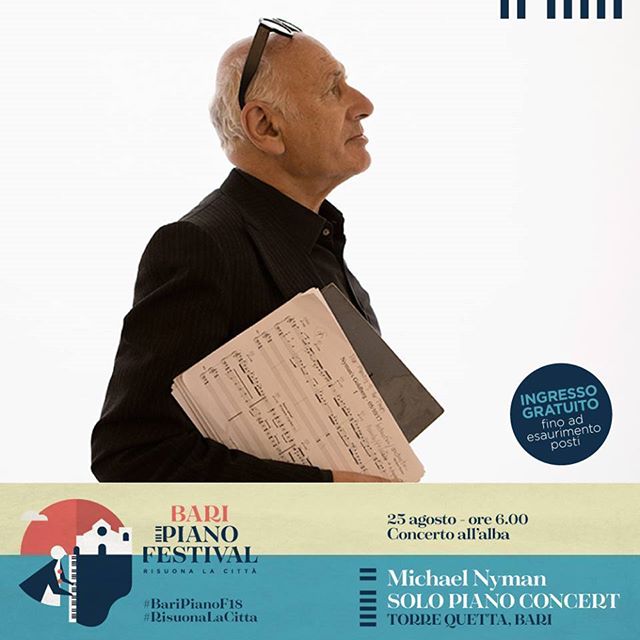 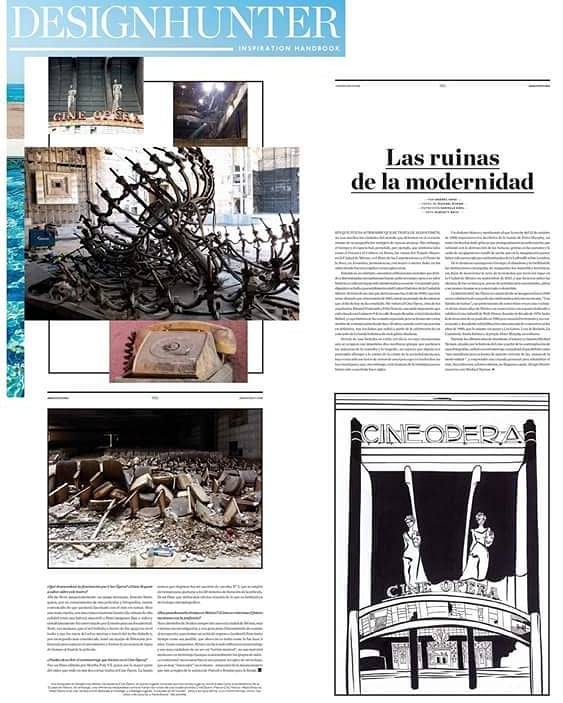