You have reached the cached page for https://www.dailymail.co.uk/tvshowbiz/article-2547841/Kate-Bosworth-wraps-father-big-bear-hug-treating-lunch.html
Below is a snapshot of the Web page as it appeared on 1/20/2021 (the last time our crawler visited it). This is the version of the page that was used for ranking your search results. The page may have changed since we last cached it. To see what might have changed (without the highlights), go to the current page.
You searched for: Harold Bosworth We have highlighted matching words that appear in the page below.
Bing is not responsible for the content of this page.
Kate Bosworth wraps her father in a big bear hug after treating him to lunch | Daily Mail Online

She's still Daddy's girl! Kate Bosworth wraps her father in a big bear hug after treating him to lunch

She married director Michael Polish last year but Kate Bosworth was devoting some time to the other most important man in her life on Tuesday.

The actress was seen enjoying lunch in Los Feliz with her father Harold.

The pair were spotted leaving Lil Dom’s restaurant after a meal together. 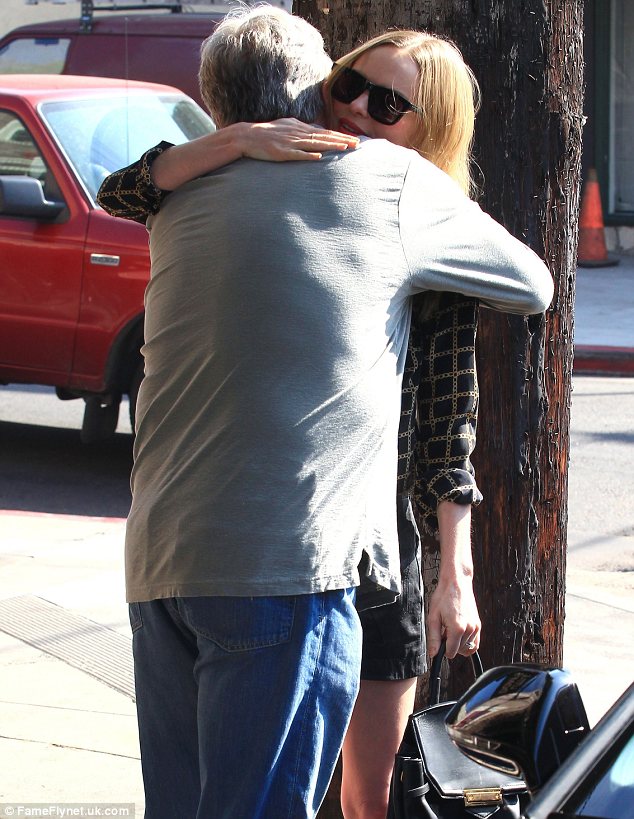 Kate was deep in conversation with her dad, a former executive for Talbots, as they made their way back to their vehicles.

They then said their goodbyes, with Kate showing her father plenty of affection by wrapping him in a big bear hug.

Even for the relaxed day out, the famously fashionable star, who is an only child, still dressed to impress. 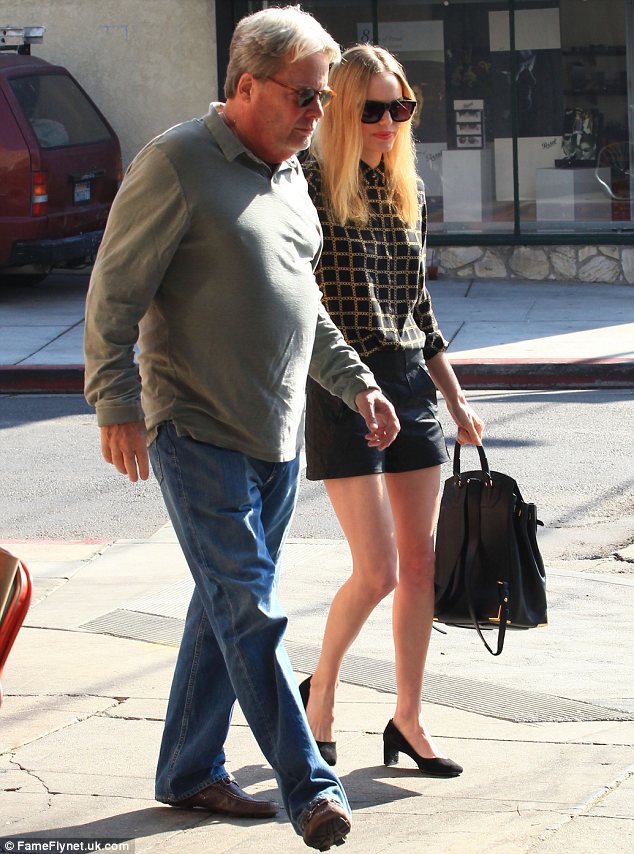 Close knit family: The pair walked and talked together after enjoying a meal at Lil Dom's 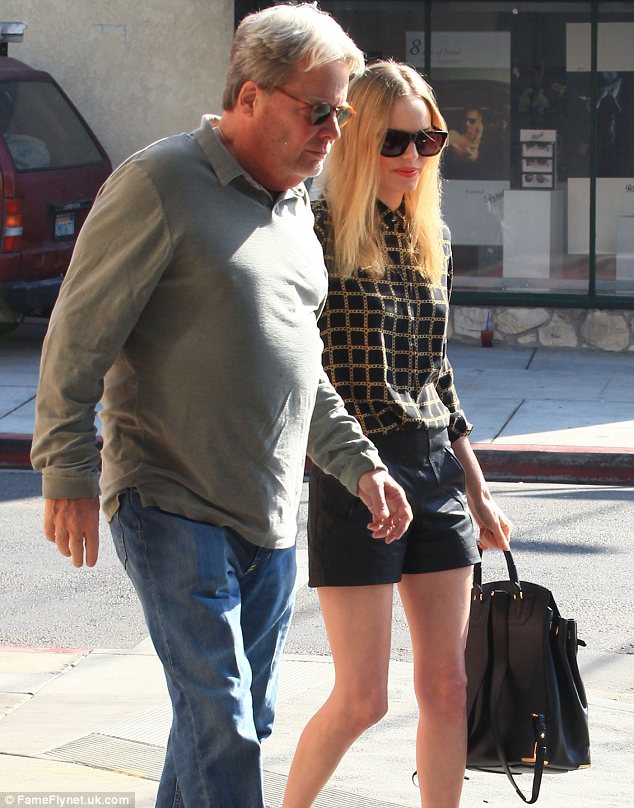 Catching up: It looked like the actress, who is an only child, had a great time with the former Talbots executive

Kate showed off her long and thin legs in a pair of black leather shorts with a matching patterned blouse tucked into them.

The 31-year-old also wore black pumps and carried a matching handbag, slipping a pair of sunglasses over her pretty face.

She wore minimal make-up for a natural look and highlighted her dewy complexion, as well as adding a pop of colour with cherry red lip gloss. 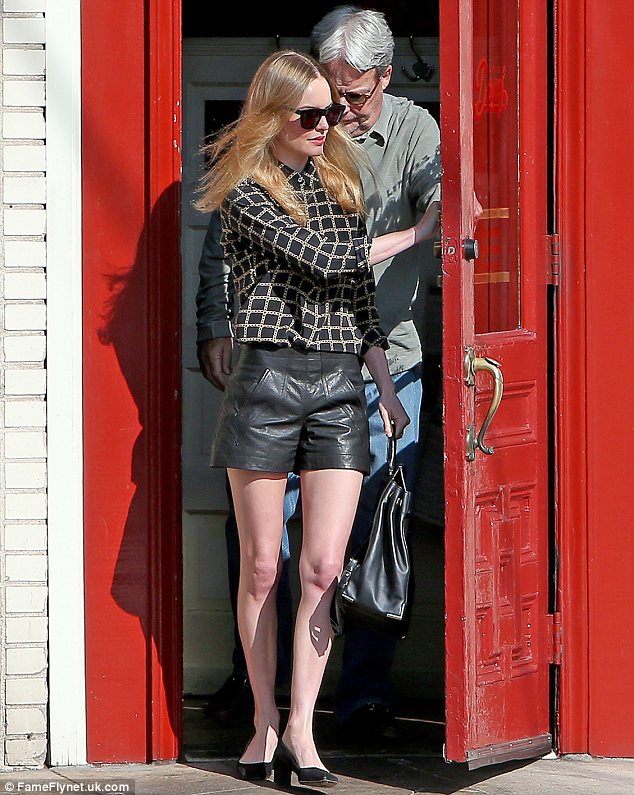 Always fashionable: Kate dressed to impress for the casual day out in leather shorts and a printed blouse 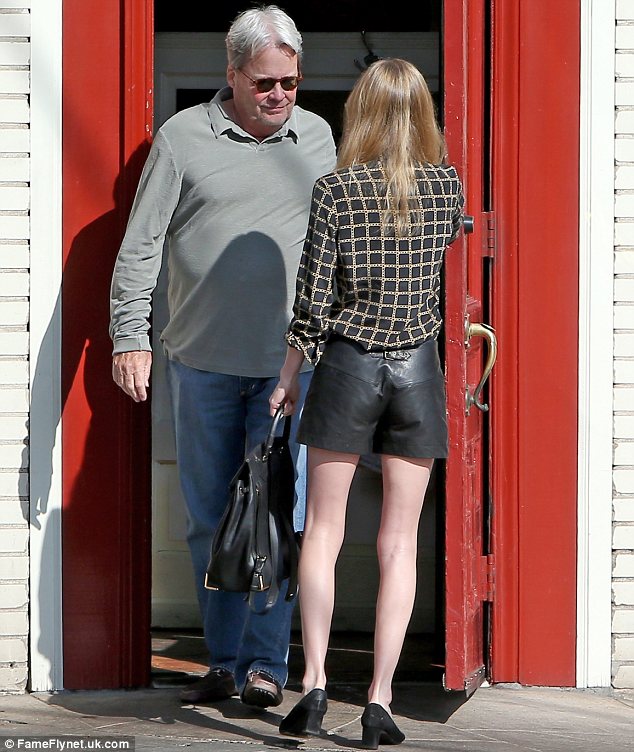 Welcome back: No doubt Kate filled her father in on her recent trip to Paris for Haute Couture Fashion Week

Her father was dressed casually in a green long-sleeved shirt and jeans.

Kate and her husband recently returned to Los Angeles following a trip to Paris for Haute Couture Fashion Week.

The blonde will soon be starting work on Still Alice, about a psychologist with early onset Alzheimer’s, alongside Julianne Moore, Kristen Stewart and Alec Baldwin. 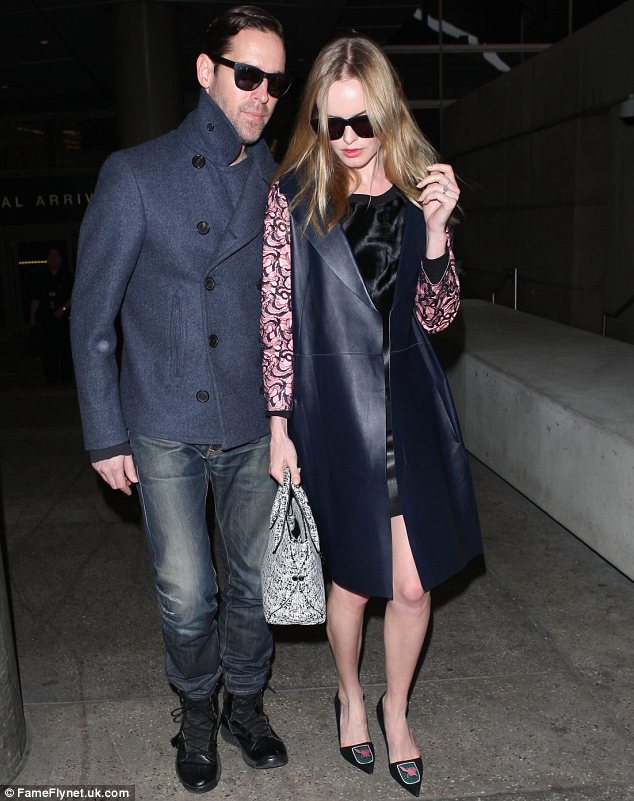