You have reached the cached page for https://www.centralamerica.com/guatemala/history/
Below is a snapshot of the Web page as it appeared on 11/25/2020 (the last time our crawler visited it). This is the version of the page that was used for ranking your search results. The page may have changed since we last cached it. To see what might have changed (without the highlights), go to the current page.
You searched for: Guatemala (ville) wikipedia We have highlighted matching words that appear in the page below.
Bing is not responsible for the content of this page.
History of Guatemala - centralamerica.com 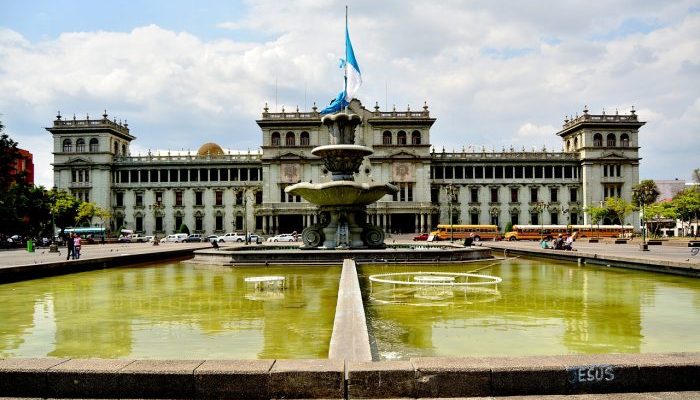 According to some archeologists, Guatemala has the oldest recorded human history in Central America, with some evidence of human existence going back to 18,000 BC. Whether or not people actually were in Guatemala that long ago is disputed. It’s generally recognized that humans passed through the region around 12,000 years ago while migrating south into South America.

What is definitely true is that by around 3,500 BC, agriculture had come to Guatemala, and hunter/gathers were now farmers. With agriculture came villages and towns. Gradually native people in the area known as Guatemala, and also in the Yucatan in Mexico, and in Belize, formed towns and cities.

The Olmec civilization came from Mexico and was in Guatemala from around 1,500 BC. The Mayan culture eventually took over in the region. The Preclassic Period ran from around 2,000 BC until 250 BC, and the cities of La Mirador and Tikal were founded during this time. 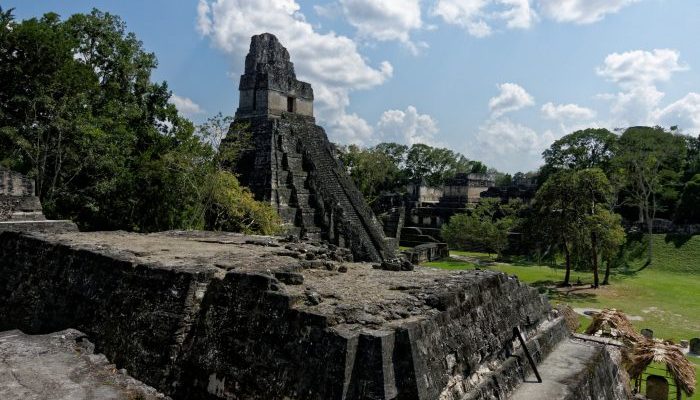 From 250 AD to 900 AD, the Mayans were in their Classic Period, and the whole of Guatemala was under their influence. The region was made up of many city-states, who forged complex alliances with each other. It was during this time that massive temples were built and the populations of cities often exceeded 100,000 people.

By around 900 AD the Mayan Empire had collapsed. No-one is sure exactly what happened, but the cities were abandoned as Mayan society left Guatemala and headed north to Mexico. Those who remained went back to the countryside to eke out their livings as farmers.

The first contact between the descendants of the Mayan Empire and Europeans came in 1511 when a Spanish ship foundered off the coast of the Yucatan. By 1519, a few exploratory expeditions had begun to probe into what is now Guatemala.

In 1523, Pedro de Alvarado, a member of Hernán Cortés’ group that conquered Mexico, was sent to conquer the area of land below Mexico that is known today as Guatemala. It was not an easy conquest, by any means. The bulk of the Mayan population lived in the highlands (as they still do), and they were no pushover. It took well over a decade of fighting a grinding guerrilla war the Spanish to prevail.

By 1540, the Spanish Crown had official rule over the area and Guatemala was a member of New Spain, a group of sovereign territories administered from Mexico City. However, the Captaincy-General of Guatemala, operating from Antigua, Guatemala enjoyed significant freedom in terms of how it governed local affairs.

This arrangement worked well enough until the end of the colonial period when Guatemala began to grow restless for complete freedom. The country declared its independence from Spain on September 15, 1821, just three weeks after its neighboring Mexico had won freedom. 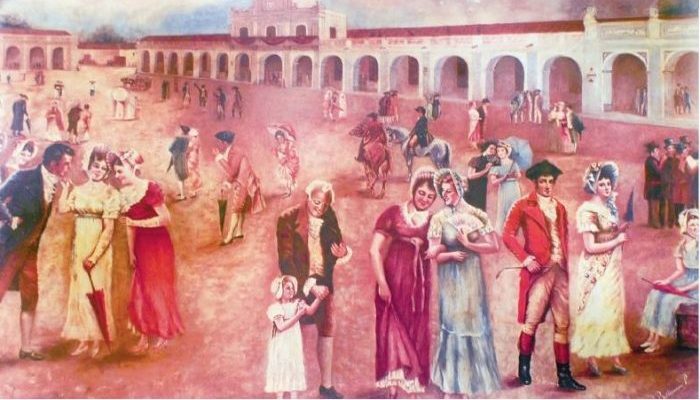 Criollos rejoice upon learning about the declaration of independence from Spain on Sept 15, 1821 / Wikipedia

The Guatemalan colonists noticed Mexico’s newfound stability under ruler Agustín de Iturbide, and agreed to annex their region to Mexico. However, Iturbide fell from power in 1823, giving Guatemala the push it needed to declare total independence.

The newly independent country decided to join what came to be known as the Central American Federation, which encompassed the countries of Nicaragua, Costa Rica, El Salvador and Honduras.

The union dealt with constant political turmoil pretty much from the day it was founded. The five regions each had different wants, and by 1838, the federation had completely disbanded. Each region began governing themselves as independent nations.

Guatemala has been plagued with constant tension between the liberal and conservative factions within the country since this time. Shortly after gaining independence, Rafael Carrera, the first conservative dictator, rose to power. Carrera brought back governing and social practices reminiscent of the colonial period, such as favoring the church and the landed classes.

Following a political intermission of sorts that occurred after Carrera’s death in 1865, a new dictator, Justo Rufino Barrios, rose to power. Barrios was a staunch liberal compared to Carrera, and he immediately dismantled the antiquated social structure Carrera had restored. Barrios also separated church and state, secularized education and opened the nation’s economy to foreign investment, therefore earning him the title “the Reformer.” It is during this era when Guatemala’s modern-day political and social structures truly began to take shape.

The next significant dictator in Guatemala’s political history is Jorge Ubico, a general who rose to power in 1931. Ubico was inspired by the other dictators around the world to run what would be considered a ‘police state,’ limiting the freedoms of press and speech. Ubico ruled in this manner until 1944, when protesters forced him to resign and flee the country in what would become Guatemala’s most important revolution. 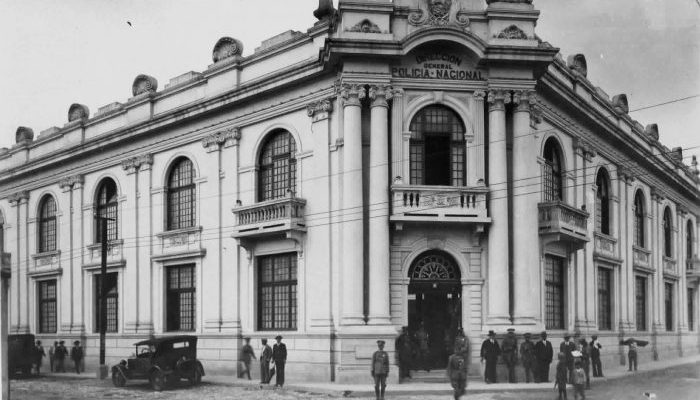 The uprising that occurred after Ubico’s departure resulted in the country’s first truly democratic presidential election and creation of a democratic constitution. Juan José Arévalo, a university lecturer, emerged as the new president with an 85 percent vote in his favor. Arévalo introduces several much-needed reforms to the country’s education and health care systems.

In 1951, Arévalo’s successor, Jacobo Arbenz, came to power. He continued with Arévalo’s style of imposing liberal reforms, including a heavy land reform policy. Arbenz required that all of the country’s unused land be redistributed to the peasants.

Much of this unused land belonged to the United Fruit Company, an American corporation that traded and sold the tropical fruits grown in several Central American countries. Although the Guatemalan government promised to give a (small) compensation to the corporation, the United Fruit Company happened to be Guatemala’s largest employer, and its sudden expropriation angered the company’s bigwigs in Washington.

So, America decided to interfere. They arranged for the CIA to secretly train an army of Guatemalan exiles in Honduras. Under the leadership of Carlos Castillo Armas, the small army invaded Guatemala through Honduras in 1954. The Guatemalan army did not put up much of a fight, and Arbenz escaped to Mexico while Armas rose to power.

Armas introduced a conservative regime to the country, which had long been ruled by a string of liberals, thus reversing nearly all the reforms that had been introduced since 1944. Despite Armas being assassinated three years later, Guatemala saw itself reverting back to a country of violence and unrest.

Throughout the 1960s and 70s, Guatemala was subject to a series of brutal military regimes. Leftist opponents fought each regime alongside the long-oppressed native population, creating what eventually turned into Latin America’s longest guerrilla war. 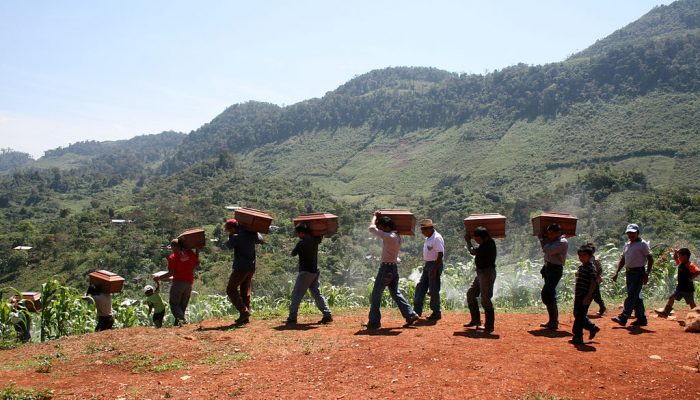 In 1982, the four largest guerrilla groups united to form the URNG or the Guatemalan National Revolutionary Unit. However, the brutal civil war continued, causing the United States to cut off all military assistance to the country.

This action resulted in some semblance of peace returning to the country, with the election of civilian president Vinicio Cerezo. Citizens were hopeful that Cerezo would be the man to finally bring an end to the fighting, however, his term ended with violence still springing up in several parts of the country.

True peace did not come to Guatemala until Álvaro Arzú took power in 1996. Arzú negotiated with the four guerrilla groups that made up the URNG until a peace treaty was signed. The agreement, which is known as the Peace Accords, recognizes all of the human rights atrocities committed by the military regimes during the 36 years of civil war, as well as provides provisions for addressing basic social services missing from the country.

Many of these provisions remained unfulfilled today, and Guatemala still struggles to maintain the peace that they have more or less enjoyed since the end of the civil war. Guatemala remains an incredibly poor country whose economy is primarily reliant on agriculture. However, Guatemala is slowly but surely developing into a modern society, with literacy rates improving as well efforts to increase tourism in the country.