You have reached the cached page for https://allthatsinteresting.com/creepiest-ghost-ships
Below is a snapshot of the Web page as it appeared on 10/30/2020 (the last time our crawler visited it). This is the version of the page that was used for ranking your search results. The page may have changed since we last cached it. To see what might have changed (without the highlights), go to the current page.
You searched for: Ghost Ship We have highlighted matching words that appear in the page below.
Bing is not responsible for the content of this page.
The 15 Creepiest Ghost Ships Ever Found On The High Seas

The 15 Creepiest Ghost Ships Ever Found On The High Seas

The mysteries surrounding these ghost ships involve everything from sulphuric acid to a famous yacht race. 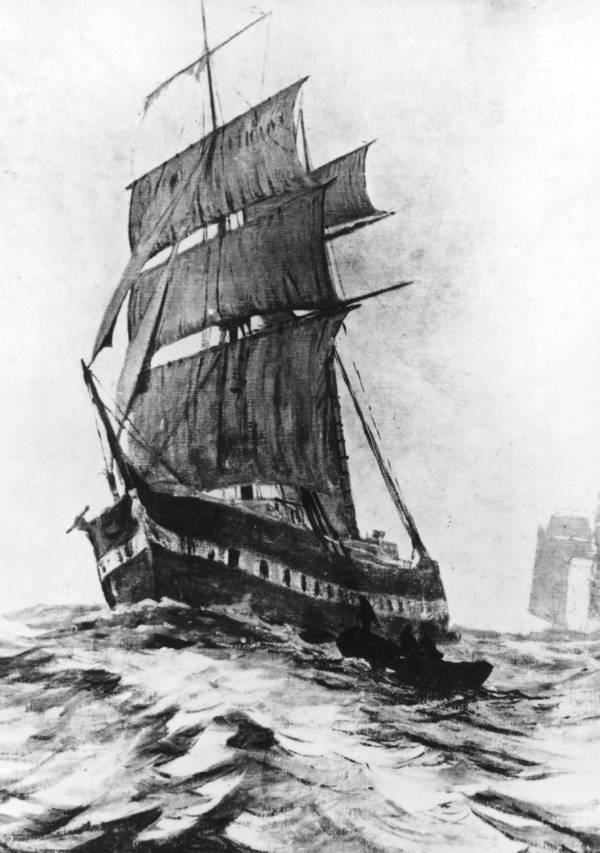 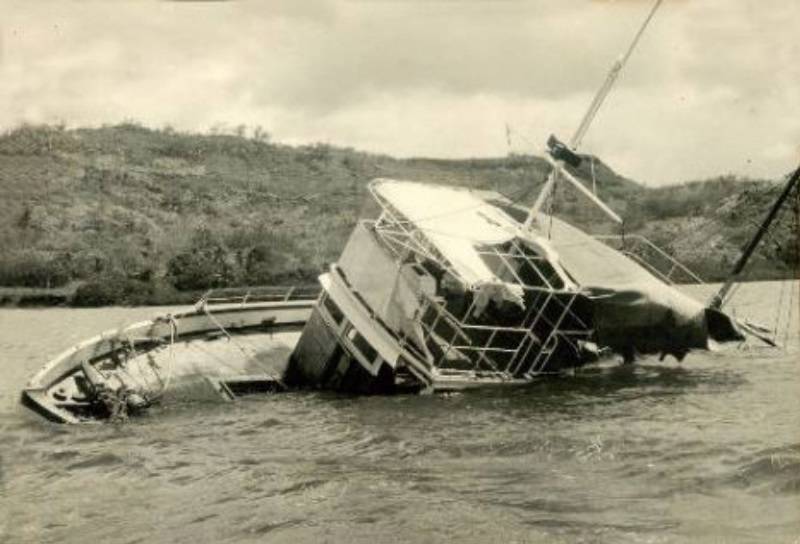 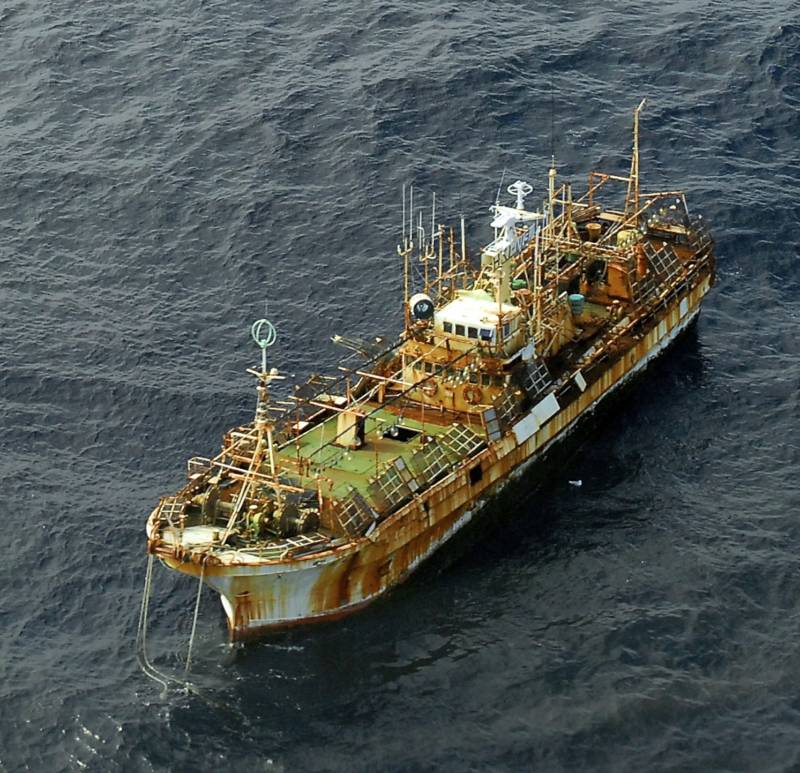 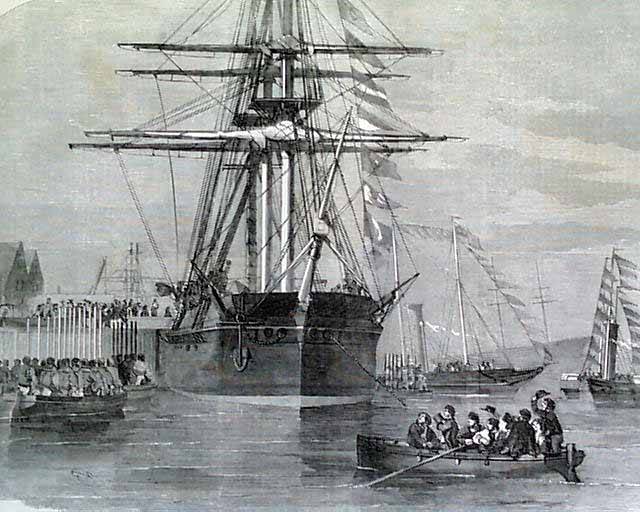 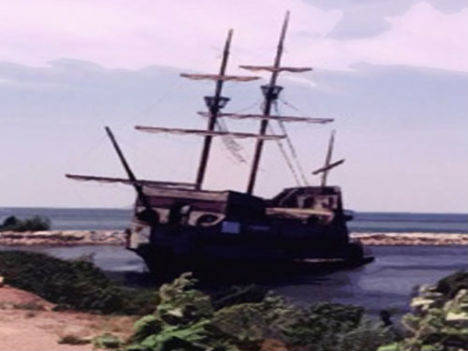 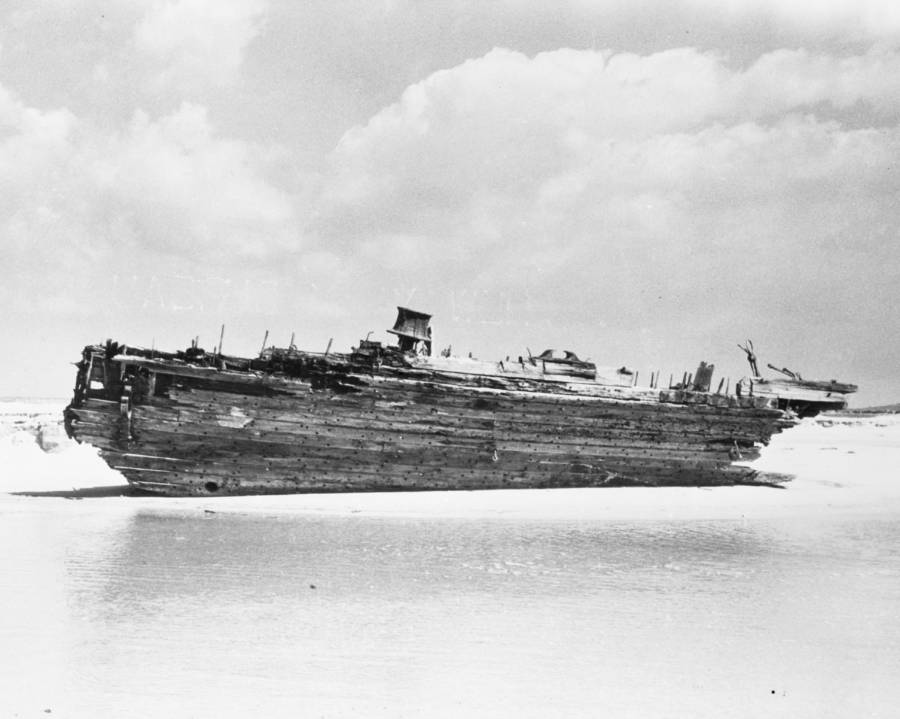 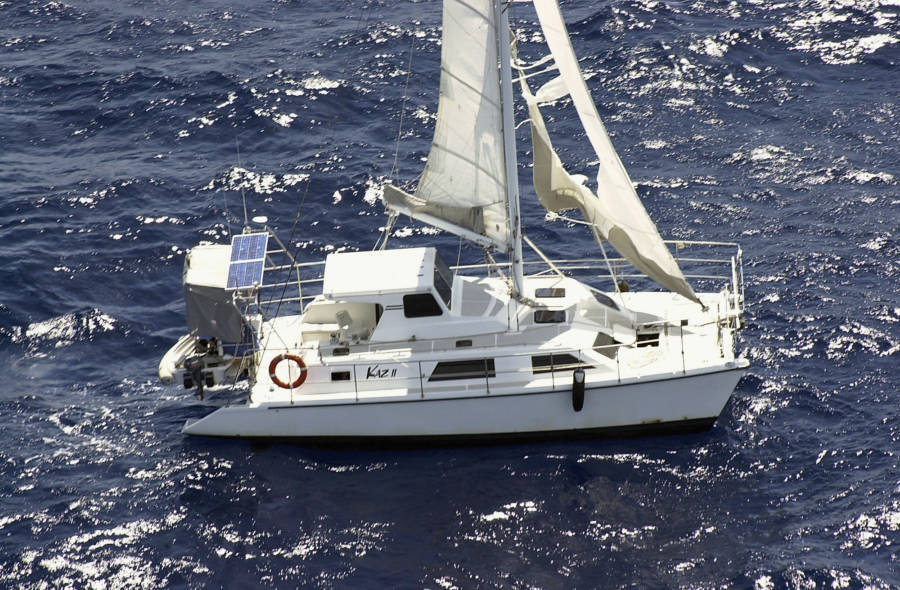 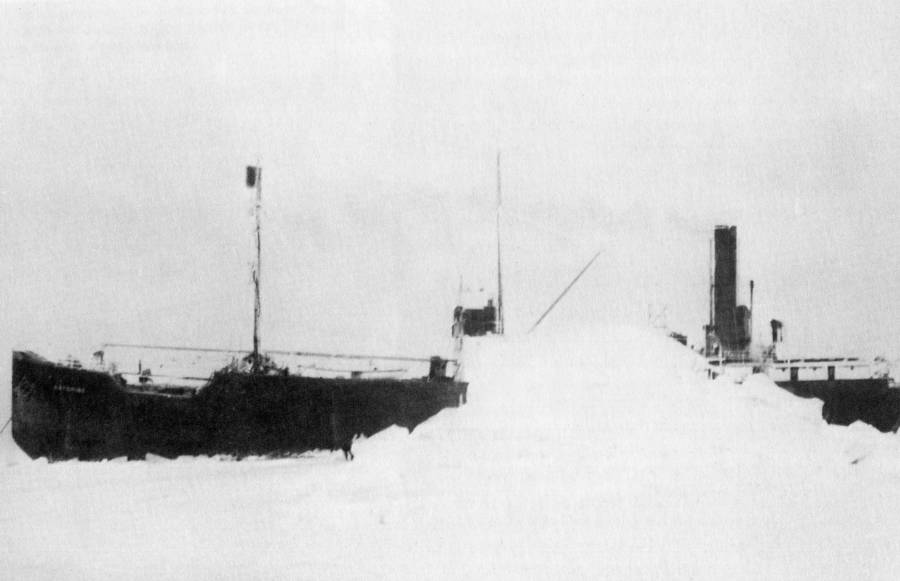 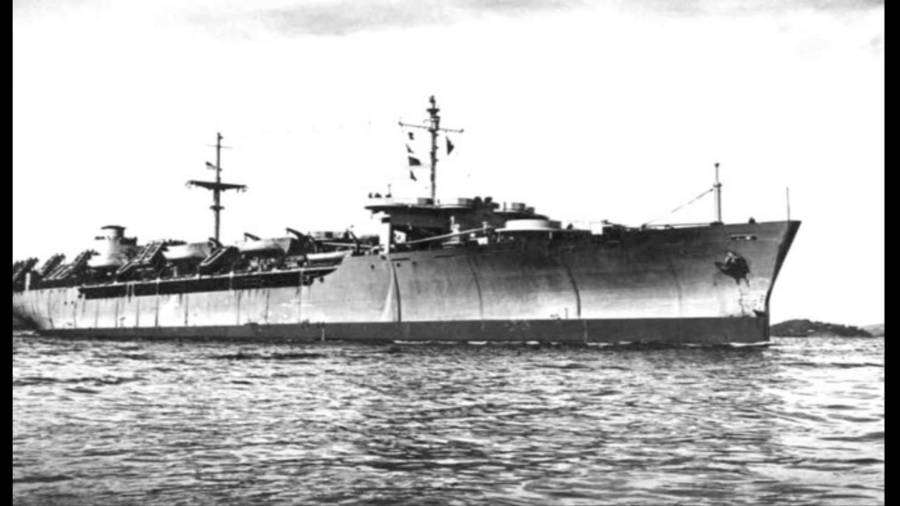 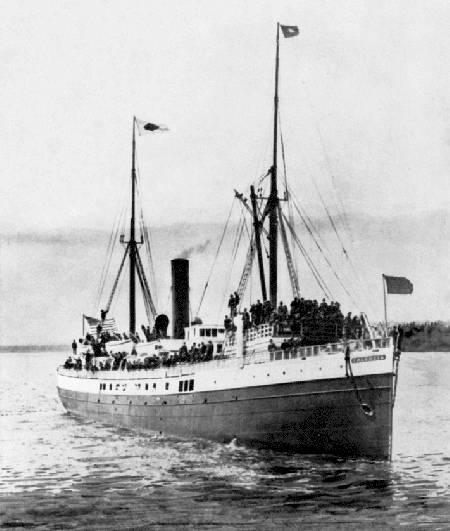 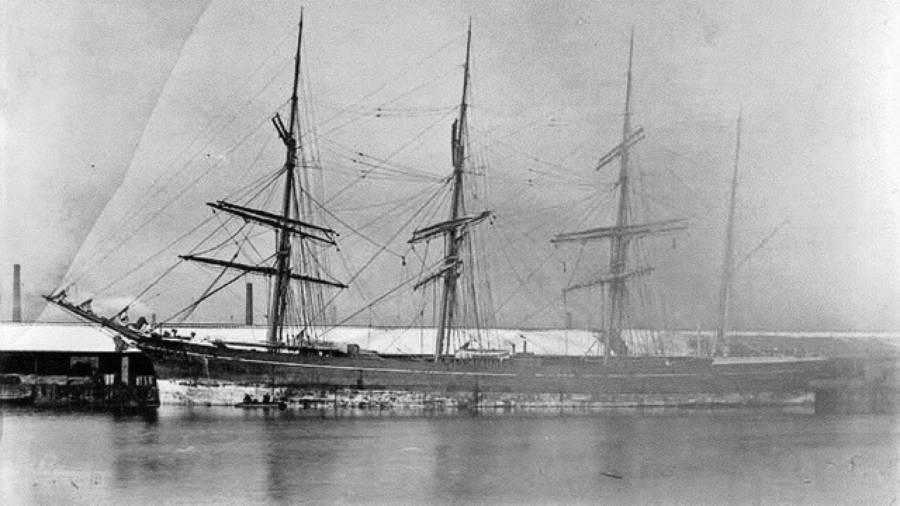 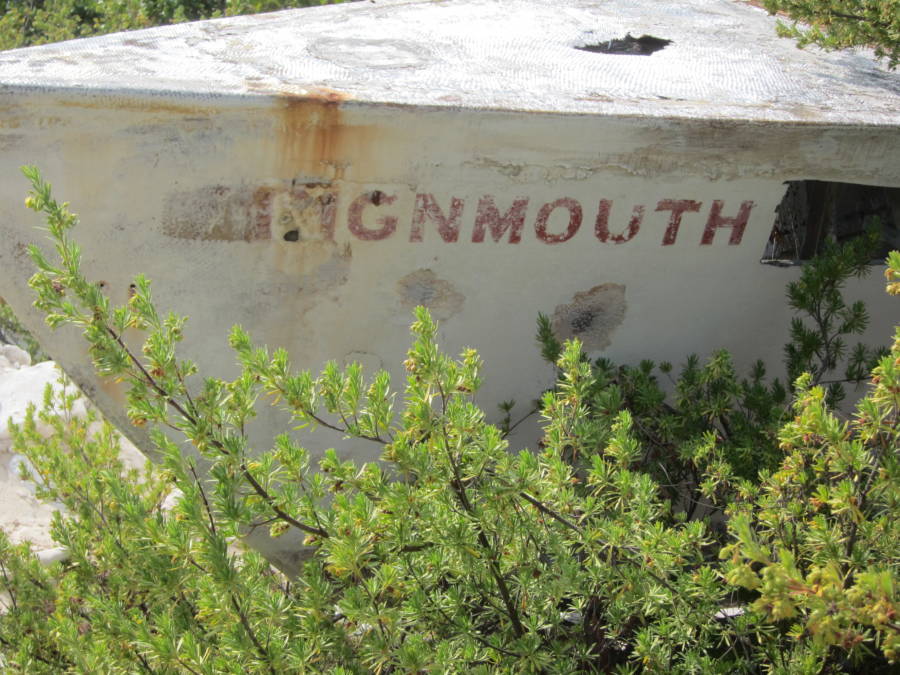 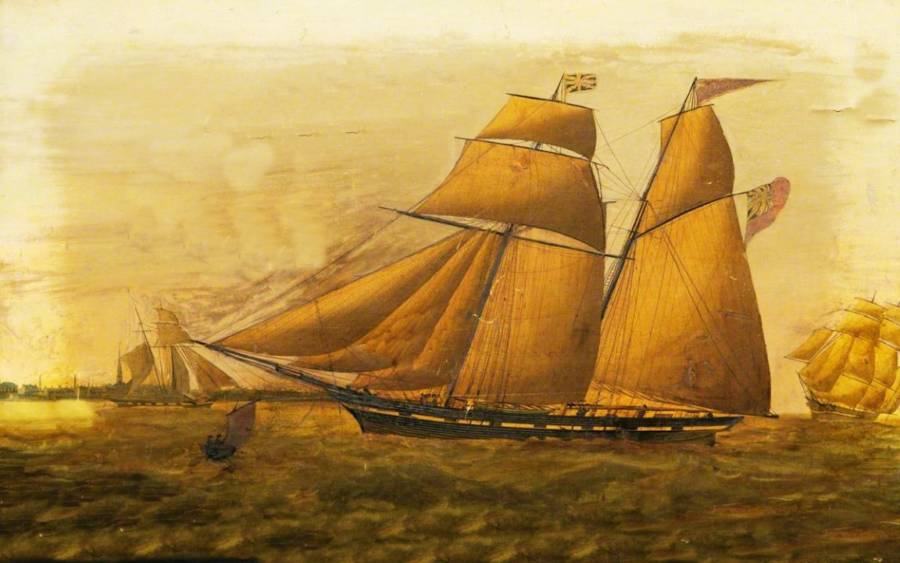 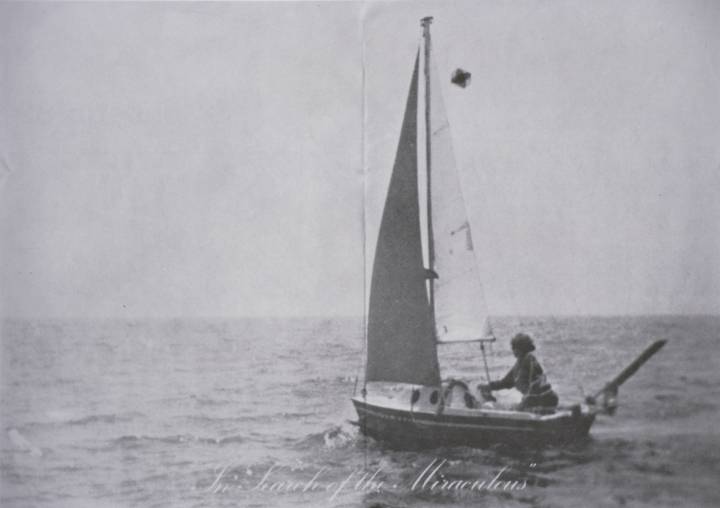 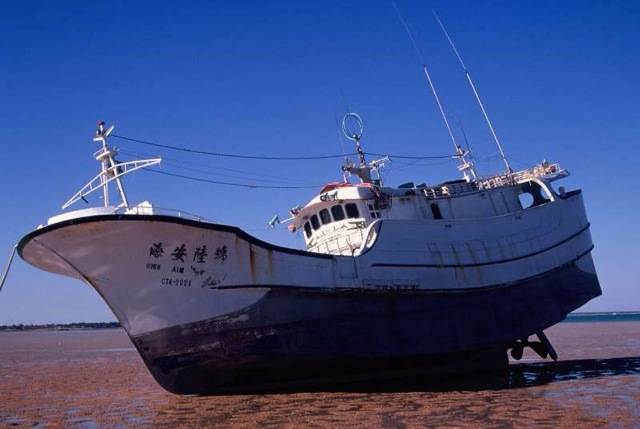 And if you liked this post, be sure to check out these popular posts:

After passing Santa Maria Island in the Azores on Nov. 25, 1872, the last entry on the ship's slate, the SV Mary Celeste, a merchant brigantine became derelict in unknown circumstances. No boats were on board when she was found on Dec. 4, 1872, between Portugal and the Azores. The ship was devoid of all crew, but largely intact and under sail, heading toward the Strait of Gibraltar. The lifeboat was missing, but the ship was still in good condition, and had plenty of provisions in the hold. The crew of the ship were never found. DeAgostini/Getty Images
2 of 16

The MV Joyita was a merchant vessel that left Samoa's Apia harbor on Oct. 3, 1955, bound for the Tokelau Islands. Five weeks later, the ship was found with all 25 passengers missing. The ship’s radio was broken, but it was attempting to send out a distress signal. All the life rafts were missing, along with captain’s log, as well as the navigational equipment and firearms kept on the boat. An investigation determined the fate of passengers and crew to be "inexplicable on the evidence submitted at the inquiry."Wikimedia Commons
3 of 16

The Ryou-Un Maru was a Japanese fishing boat that was washed away from its mooring in Aomori Prefecture by the 2011 Tōhoku earthquake and tsunami. Japanese officials first believed the ship had been destroyed, but it eventually floated into American waters near Alaska one year later. The U.S. coast guard decided to sink the boat to avoid it becoming a navigation hazard.Wikimedia Commons
4 of 16

The HMS Resolute was a ship of the British Royal Navy that was abandoned in 1854 after being trapped by ice in Viscount Melville Sound, Canada. The ship was on a search expedition to discover the fate of John Franklin, a British explorer who had been lost in the Arctic. After being abandoned, the ship drifted 1,200 miles before it was found one year later off the coast of Baffin Island, Canada, freed from the ice. Wood from this ship was used to make a desk that now sits in the Oval Office.Wikimedia Commons
5 of 16

The SV Bel Amica was a classic schooner that was found derelict near Punta Volpe, Sardinia, Italy in 2006. The Coast Guard crew that discovered the ship found half eaten Egyptian meals, French maps of North African seas, and a flag of Luxembourg on board. It was briefly believed to be a mysterious antique vessel, but when the owner of the ship was found, a man from Luxembourg, it was discovered that it was a moderns ship that was likely abandoned so the owner could avoid paying taxes on it.
6 of 16

The SV Carroll A. Deering was a five-masted cargo schooner that was last spotted with its crew when passing through Cape Lookout Lightship, N.C. on Jan. 28, 1921, while it was traveling from Rio De Janeiro back to Norfolk, V.a. after delivering a cargo of coal. She was found, abandoned, three days later, off the North Carolina coast. The ship's lifeboats and logbook were missing. The disappearance has been hypothesized to have been caused by weather conditions, pirates, and even communists. Still, there is no conclusion as to what happened to them. Bettmann/Getty Images
7 of 16

The SV Kaz II was a 12-metre catamaran that was sailing in Australia with a three-man crew in 2007. She was found drifting 88 nautical miles off the coast of Australia five days later. The boat was in good, perfect condition, except for one sail which had been shredded. Investigators never found the three men, but they hypothesize that they may have ended up in the ocean while trying to untangle a fishing lure caught in the boat’s rudder, and in the choppy water may have been unable to get back on the boat.Queensland Police Service/Getty Images
8 of 16

The SS Baychimo was a steel-hulled 1,322-ton cargo steamer used to trade provisions for pelts in Inuit settlements along the Victoria Island coast of the of Canada. On Oct. 1, 1931, at the end of a trading run and loaded with a cargo of fur, Baychimo became trapped in pack ice and was abandoned by its crew. Despite being unmanned, the ship eventually broke free from the ice and continued to be spotted floating around Alaska throughout the 1930s. She was last spotted in 1969, 38 years after she was abandoned, still intact and seaworthy.Wikimedia Commons
9 of 16

The SS Ourang Medan was a ghost ship found 400 nautical miles southeast of the Marshall Islands in 1948. When an American ship found the boat, it was littered with the bodies of the crew but caught fire shortly after they boarded and sank. According to reports, the vessel was sailing from a small Chinese port to Costa Rica and deliberately avoided the authorities. The reports state that a sole German man survived the accident and that the crew of the vessel was killed by improperly stored sulphuric acid.YouTube
10 of 16

The SS Valencia was an iron-hulled passenger steamer that carried passengers along the west coast of the U.S. On Jan. 21, 1906, following bad visibility caused by fog, the ship collided with a reef off the coast of Canada. In the chaos, the crew accidentally lowered nearly all the improperly manned lifeboats. While 37 men survived on the remaining three lifeboats, 136 passengers and crew on the vessel perished. In 1933, the Valencia's lifeboat #5 was found floating in Barkley Sound in remarkably good condition.Wikimedia Commons
11 of 16

This sailing barge the SV Zebrina departed Falmouth, Cornwall, England, in October of 1917 with a cargo of coal bound for Saint-Brieuc, France. Two days later she was discovered aground on Rozel Point, south of Cherbourg, France, without damage except for some disarrangement of her rigging, but with her crew missing. At the time, many hypothesized that the crew was abducted by a German U-boat, but their true fate is still unknown.Youtube/Screenshot
12 of 16

The Teignmouth Electron was a 41-foot trimaran sailing vessel designed and built specifically for British businessman Donald Crowhurst to use for the Sunday Times 1968 Golden Globe single-handed yacht race around the world. After setting sail from England on Oct. 31, 1968, it was discovered, without its captain, 252 days later in Jamaica. It was discovered from a log, that Crowhurst had encountered problems from the outset, and had been reporting false coordinates back and had actually stopped in Brazil to have his boat repaired after it broke. However, because all of his competitors had fared just as badly, after the repairs were completed Crowhurst was on track to finish the race in first place. Realizing that as the winner, race officials would recheck his journey and see his lies, and with a deteriorating mental state, Crowhurst scrawled a 25,000-word manifesto on life before presumably committing suicide by abandoning his ship.Wikimedia Commons
13 of 16

The Jenny was an English schooner which left port from Isle of Wight in 1822. It was discovered by the whaling vessel the Hope 18 years later, frozen solid in the Drake Passage, the body of water between South America's Cape Horn and the South Shetland Islands of Antarctica. On the schooner were the dead bodies of the crew, preserved by the cold climate surrounding it. Aberdeenshire Museums Service
14 of 16

The SV Ocean Wave was the one-man vessel of Dutch conceptual artist Bas Jan Ader. This pocket cruiser was designed for his trip from Massachusetts to the Netherlands in an attempt to cross the Atlantic in the smallest boat ever. Ader was an accomplished sailor, but 10 months after his departure, the boat was discovered floating upside down 200 miles due west of Land's End, England by fishermen. The boat was stolen soon afterward, leaving little evidence. Though, it is believed Ader fell overboard, and his lifeline was ripped out in heavy weather.The Artist Rights Society
15 of 16

The High Aim 6 was a Taiwanese ship that was discovered without its crew, drifting in Australian waters, on Jan. 9, 2003. There was no evident reason for the abandonment, and no signs of distress were found with the crew's personal effects still on board. The Taiwanese police said that the ship was abandoned because of a mutiny and arrested one person in connection with the crime back in the country. YouTube
16 of 16 In maritime history, there are numerous stories that sound eerily similar, stories of vessels appearing out of the blue, with not a single soul aboard and no sign of what happened to the crew.

These ships are often called Ghost Ships, and are an integral part of sailors' lore. But while many ghost ships are legends and tales, there do exist many occurrences where real ghost ships have emerged from the sea.

While the reasons these vessels became abandoned is known for some ships, no one knows what happened to the crew of many of these uninhabited boats.

These ships travel unmanned across vast swathes of ocean, reminding sailors that witness their silent journeys of the mysterious dangers of the open sea.

From the famed Mary Celeste to Baychimo, here are some of the most famed and mysterious of the real-life ghost ships.

Next, learn about the woman who survived the sinking of the Titanic, and its two sister ships. Then, read about the three sunken WWII ships that mysteriously vanished from the bottom of the Java Sea.

Gabe Paoletti
Gabe is a New York City-based writer and an Editorial Intern at All That Is Interesting.
You might also like
Report a bad ad experience
×
Follow hu On