You have reached the cached page for https://www.theepochtimes.com/manchin-sinema-vote-to-convict-president-trump-on-impeachment-charges_3228201.html
Below is a snapshot of the Web page as it appeared on 12/1/2020 (the last time our crawler visited it). This is the version of the page that was used for ranking your search results. The page may have changed since we last cached it. To see what might have changed (without the highlights), go to the current page.
You searched for: Gayle Conelly Manchin We have highlighted matching words that appear in the page below.
Bing is not responsible for the content of this page.
Manchin, Sinema Vote to Convict President Trump on Impeachment Charges
RELATED 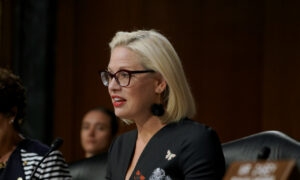 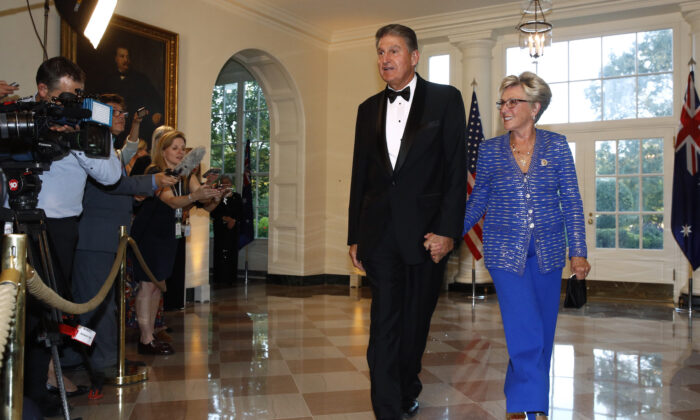 “The charges brought against President Trump are serious and carry grave consequences for our nation,” Manchin said in a statement.

Earlier in the week, the senator suggested that censuring Trump would be a better option than impeachment. But Manchin’s latest move meant that Trump did not have bipartisan support for acquittal.

“The evidence presented by the House Managers, including video testimony of witnesses under oath in the House of Representatives, clearly supports the charges brought against the President in the articles of impeachment,” Manchin added. Trump was impeached for abuse of power and obstruction of Congress.

Manchin, a Democrat who represents a staunchly Republican state, was viewed as a possible swing vote during the impeachment trial. Sinema was viewed in a similar light, although she had issued virtually no public statements on impeachment until Wednesday.

“Today, I vote to approve both articles, as my highest duty, and my greatest love, is to our nation’s Constitution,” Sinema said in a statement, announcing that she would vote to convict. “The facts are clear; security aid was withheld from Ukraine in an attempt to benefit the president’s political campaign. While White House attorneys claim this behavior is not serious, it is dangerous to the fundamental principles of American democracy to use the power of the federal government for personal or political gain.”

“After many sleepless nights, I have reluctantly concluded that the evidence is sufficient to convict the president for both abuse of power and obstruction of Congress,” Jones said.

The freshman senator added that he has read thousands of transcript pages, watched testimony videos, took notes, and discussed the case with staff, constituents, and staff members.

No other Democrats voted to acquit the president.

Sen. Mitt Romney (R-Utah) broke ranks with the GOP and also voted to convict Trump, explaining on the Senate floor that “the president asked a foreign government to investigate his political rival,” meaning that he is “guilty of an appalling abuse of public trust.”

Before the vote, Majority Leader Mitch McConnell (R-Ky.) implored other senators to vote against the two articles of impeachment passed in House.

“The United States Senate was made for moments like this. The Framers predicted that factional fever might dominate House majorities from time to time. They knew the country would need a firewall to keep partisan flames from scorching, scorching our Republic,” he said ahead of the final vote.