You have reached the cached page for https://atouchofbusiness.com/business-biographies/edward-noble/
Below is a snapshot of the Web page as it appeared on 6/18/2021 (the last time our crawler visited it). This is the version of the page that was used for ranking your search results. The page may have changed since we last cached it. To see what might have changed (without the highlights), go to the current page.
You searched for: Edward J. Noble We have highlighted matching words that appear in the page below.
Bing is not responsible for the content of this page.
The Biography Summary of Edward John Noble
×
×
A TOUCH OF BUSINESS Business – Success – Careers – Self- Development
☰
July 25, 2018 777 views 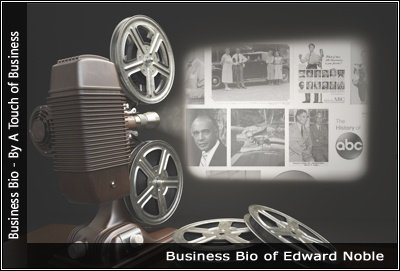 Children in the United States and all over the world grew up with that distinctive five flavored roll of Lifesavers candy.

Had it not been for the entrepreneurial spirit of Edward Noble, then Lifesavers candy would not be around today.

Edward Noble – How He Built An Empire Based on Candy

In 1912, the Lifesavers candy was created by Clarence Crane in Ohio. It was not until 1913 when Noble bought the Lifesaver formula from Crane for a mere $2,900 and renamed it Pep-o-mint Lifesavers.

The Lifesavers name came about because the candy looked like small flotation devices. Noble replaced the dull cardboard roll where the candy was placed with a tin foil wrapper to ensure the freshness.

During this time, the candy was only available in mint flavor and it was not until 1935 that the five fruit flavors you are familiar with today came about. Noble worked hard at promoting the candy himself. He placed the candy near the cash registers in cigar stores, drug stores, restaurants, and barbershops. He was also responsible for creating new flavors himself.

Eventually, the small-time mint company became a global enterprise with profits of as much as twenty million dollars at its peak in the 1960s. Later the Lifesavers brand was purchased by Wrigley but its history is still traced back to Noble, who made the candy a household name.

Aside from the Lifesavers Corporation, Noble was also able to branch out to another form of business. Noble is actually the co-founder of the American Broadcasting Company or ABC, the same television network that still exists today. Noble was instrumental in the negotiations to merge ABC with Paramount Studios. It was because of this that ABC eventually turned into one of the most successful and recognizable television networks in the United States.

Edward Noble is also well-know for his philanthropic deeds. There are three hospitals and one foundation named in his memory.

The Biography of Edward John Noble

By Written For A Touch of Business
Copyright © 2021 atouchofbusiness.com. All Rights Reserved
Disclaimer: Information on this site is intended for educational purposes. The publisher and authors are not liable for any damages or losses associated with the information contained on this website.
This website uses cookies to improve your experience. We'll assume you're ok with this, but you can opt-out if you wish. Cookie settingsACCEPT
Privacy & Cookies Policy