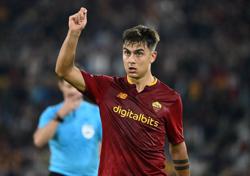 (Reuters) -Sassuolo were held to a disappointing 0-0 home draw by AC Milan after Domenico Berardi missed a first-half penalty in their Serie A match on Tuesday.

Milan had keeper Mike Maignan to thank for salvaging the draw after he superbly saved Berardi's spot kick in the 23rd minute.

The penalty was awarded after Alessandro Florenzi tripped up Georgios Kyriakopoulos while tackling the Sassuolo defender with Alexis Saelemaekers, who also made contact with the player before his fall.

Davide Frattesi threatened AC Milan with a header close to the end of first half but was denied by Maignan.

Berardi picked up an injury early into the second half after a collision with Theo Hernandez and was helped off the pitch by two medical team members.

Florenzi also left the pitch after sustaining a thigh injury in the 90th minute while tackling Rogerio but Milan were left with 10 men standing as manager Stefano Pioli had used up all his substitutions in hope of breaking the deadlock.

Pioli told local media Florenzi had suffered a serious muscle injury and that he hoped Ante Rebic and Divock Origi were available for the next game.

Rafael Leao had a chance to snatch a last-gasp victory for Milan after Charles De Ketelaere found him with a pass at the edge of the box but his strike was easily saved by keeper Andrea Consigli.

"We lost lucidity in the second half, playing frantically and without managing to win a game that could have been won," Pioli told MTV.

"We play as if we were two minutes away from the end of the match (all the time)."

Milan, who top the table with eight points from four games, clash with local rivals Inter Milan on Saturday while Sassuolo travel to Cremonese on Sunday.

(Reporting by Silvia Recchimuzzi in Gdansk, editing by Pritha Sarkar)

Found a mistake in this article?

Report it to us.

Thank you for your report! 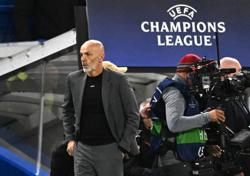 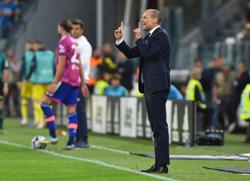 Thank you for downloading.

We hope you enjoy this feature!