By Charlotte Daly For Mailonline

Sassuolo star Domenico Berardi was seen chasing a Modena fan down the road after the supporter heckled him following their fixture on Sunday afternoon.

Berardi and his Sassuolo team-mates were eliminated from the Coppa Italia in the first round after losing 3-2 to Serie B side Modena.

Berardi - who scored from the penalty spot during the first half of the game - was involved in a squabble outside of the stadium. 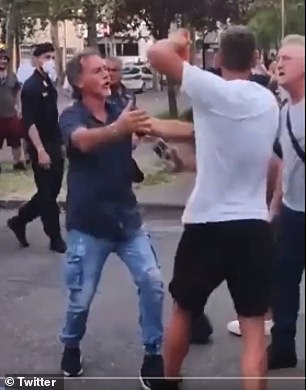 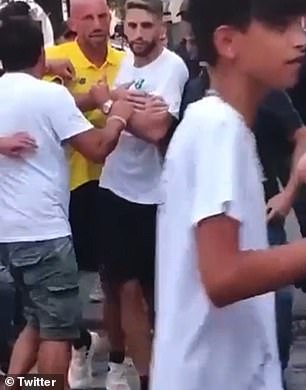 The 28-year-old forward was provoked by a Modena fan and jumped over the barrier to confront him.


The local police came flying onto the scene and tried to control the situation before it got out of hand. 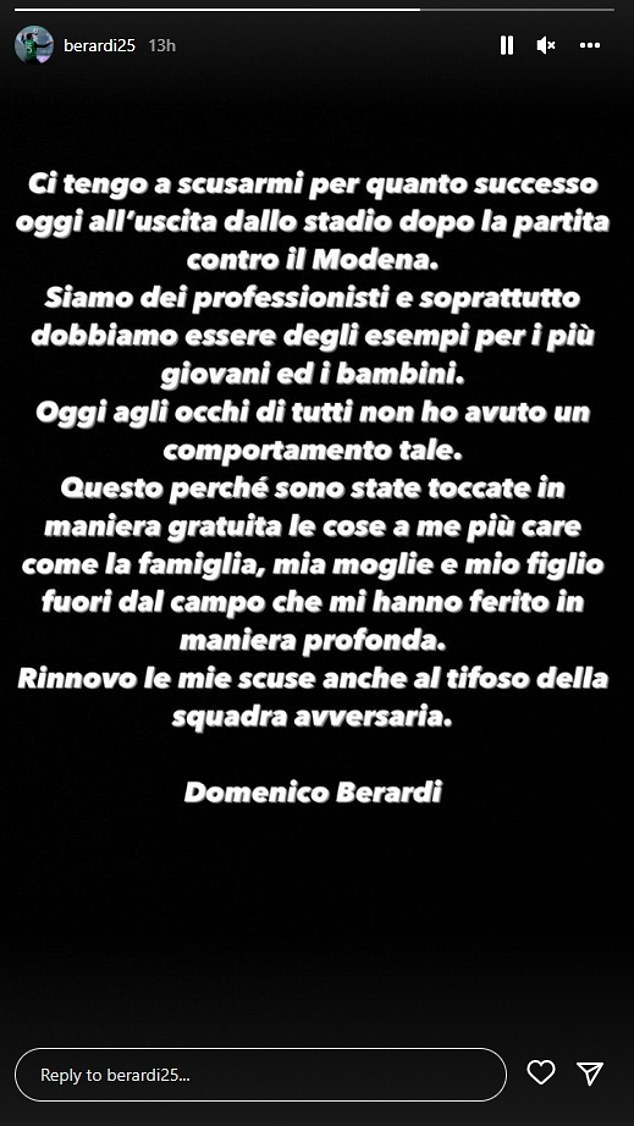 Supporters were seen trying to pull Berardi away but the Italy international kept dodging their attempts to restrain him.

Two separate fans decided to take action into their own hands and managed to contain Berardi and walk him away from the crowd.

Berardi took to social media to explain why he ended up in an altercation with the Modena fan and apologised for his actions.

He wrote on Instagram: 'I want to apologise for what happened outside the stadium after the game against Modena.

'We are professionals and, above all, we must be examples for youths and kids. Today I didn't behave as such.

'That's because the things that I love the most, such as my wife and my son, were deliberately involved off the pitch, hurting me deeply,' Berardi explained.

'I also renew my apologies to the opposing fans.'