You have reached the cached page for https://www.insidehook.com/article/music/ryan-adams-instagram
Below is a snapshot of the Web page as it appeared on 9/14/2021 (the last time our crawler visited it). This is the version of the page that was used for ranking your search results. The page may have changed since we last cached it. To see what might have changed (without the highlights), go to the current page.
You searched for: Do You Still Love Me? Ryan Adams We have highlighted matching words that appear in the page below.
Bing is not responsible for the content of this page.
What Is Going On With Ryan Adams's Instagram? - InsideHook
InsideHook
InsideHook
Music | July 6, 2021 12:59 pm

As we’ve mentioned before, since the New York Times first broke the sexual misconduct allegations against him in 2019, Ryan Adams has failed to show any real remorse about his behavior. Despite that, the musician has made several attempts to forge ahead with a comeback, releasing two albums, Wednesdays and Big Colors, in December 2020 and June of this year, respectively.

But apparently the reception to those records hasn’t been satisfactory for the disgraced musician. Adams’s Instagram posts have taken an increasingly desperate tone when talking about his career recently. Last night, he posted the album covers from his earlier catalog — including LPs like Heartbreaker, Gold and Jacksonville City Nights — and cryptically captioned them “for sale.” (“They say don’t post shit like this, but they say a lot of things,” he added in the caption to the Gold post. On the post for Cold Roses, he clarified the record is for sale “if you can get the masters…Good luck.”)

It’s unclear what exactly Adams means — whether he’s joking around, simply urging fans to buy his old records or genuinely trying to sell the publishing rights to his back catalog a la Bob Dylan, the Beach Boys, David Crosby and plenty of other Boomer icons — but fans in his heavily policed Instagram comments have been begging him not to sell. “You don’t need to sell the rights, Ryan,” one wrote. “You need to release the thousands of unreleased stuff you’ve got and tour again when Covid allows.”

“I know you’ve seen others suggest it, but I know there’s tons of us that would support you monthly on Patreon,” another comment reads. “10-100 bucks a month from all of us, it’s not a perfect solution but I know the fans will do whatever they can to help.”

Adams also posted and subsequently deleted a post in which he wrote, “I have no record deal. I’m kinda broke. I have no friends (ok I have my best friends for when I was a kid). And Theo [his cat] died. I have a hundred songs. No merch store (not sure why). And I don’t have my old master tapes or recordings (they don’t care/answer my people). SO….if ANYBODY CAN HELP ME…please. I would love to make albums. Or just own a home (I don’t own a home). This is stupid. I miss Theo. I’m mad. I’ve had enough.”

There’s a lot to unpack there — including how the fact that he doesn’t have his old master tapes or recordings relates to his other “for sale” posts — but it’s important to remember that no one’s entitled to a record deal, and all of this is a direct result of his own shitty behavior. If he’s really starved for cash, he could always swallow his pride and get a job at a restaurant or a bar, but he seems determined to salvage his music career. “Kinda broke” is also relative: On June 24, Adams posted that Big Colors had eclipsed 5 million streams, and while Spotify absolutely does not pay artists enough per stream, that’s a large enough number that it still would result in a healthy chunk of cash. (5 million Spotify streams translates to roughly $20,000, and Big Colors is obviously not Adams’s sole source of income). Most working musicians would kill to have their work streamed that many times.

It’s clear Adams is in a bad place, but again, until he makes any attempt to apologize to the women he hurt and demonstrate that he’s changed his ways, he can’t expect his circumstances to change. As our Eric R. Danton wrote, “Adams’ career now is a shadow of what it was at the end of 2018. But it doesn’t have to be … Just as 12-step programs prescribe accountability as part of staying sober, there can be accountability in becoming an ally. If he actually did the work by taking real responsibility for the harm that he’s done and demonstrating, publicly, his commitment to change, Adams might find a measure of what he’s spent so long looking for.”

This article was featured in the InsideHook newsletter. Sign up now. 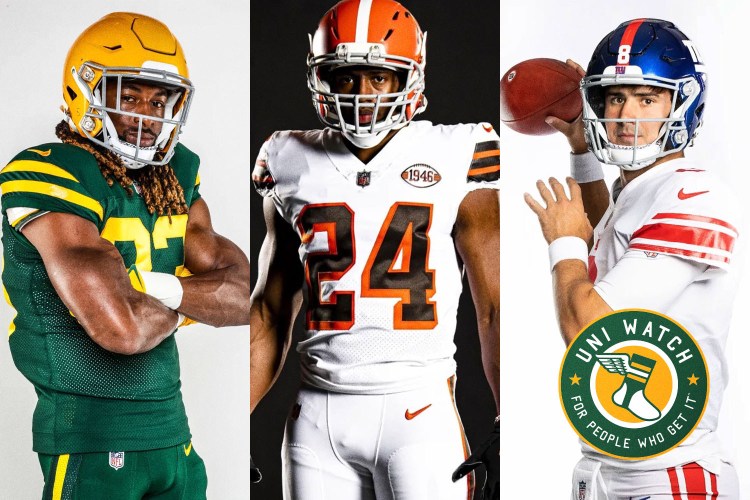 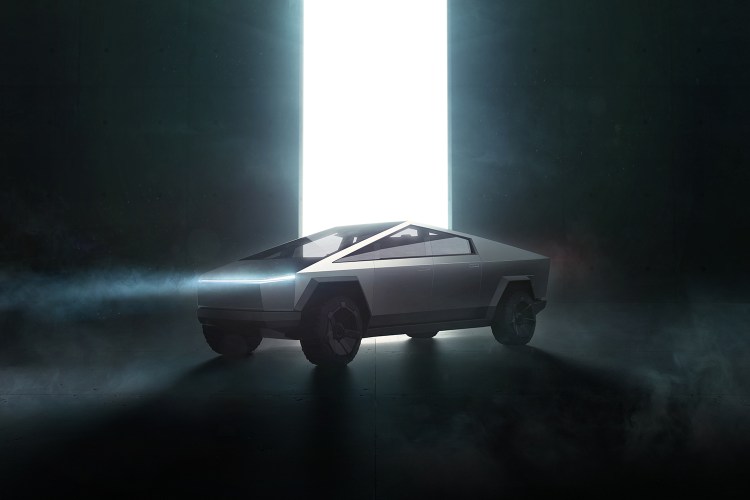 Tesla Loses the Big Advantage It Had Over Other Electric Trucks 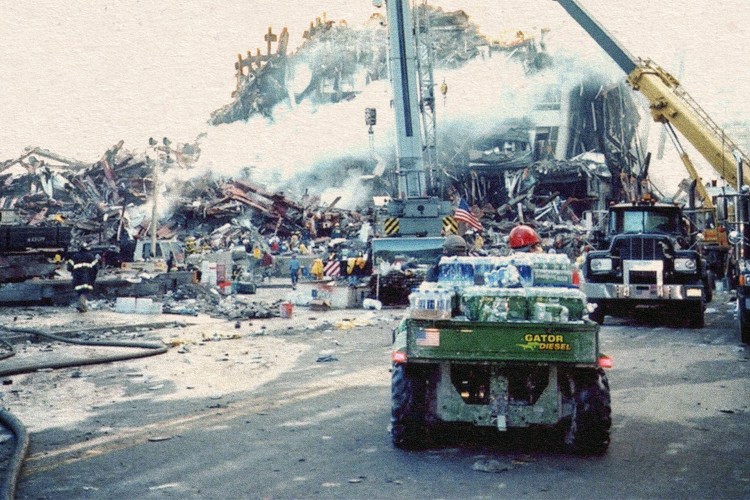 The Long, Strange Journey of the Deere Trucks That Helped Clean Up Ground Zero 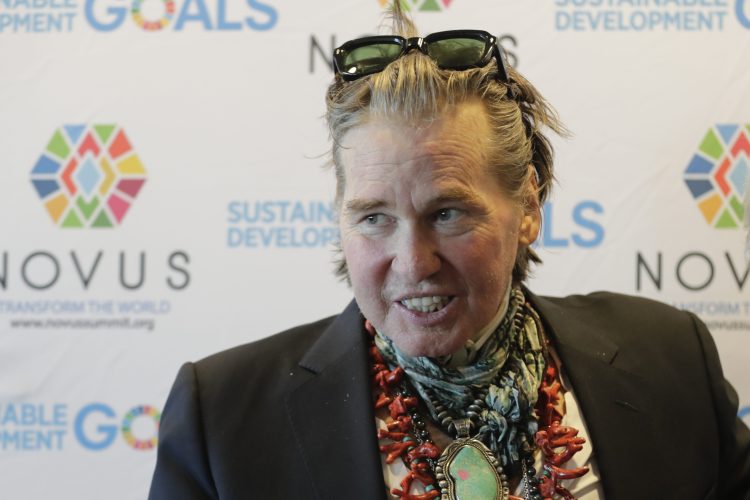 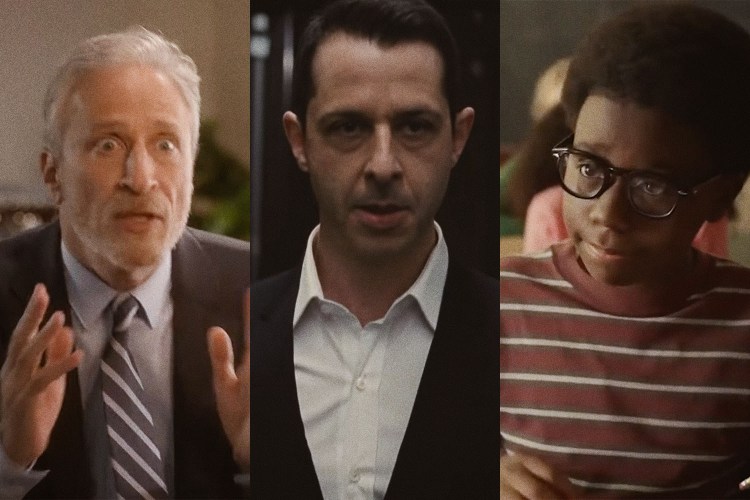 The 20 Best Shows Coming to TV and Streaming This Fall

The Official Uni Watch 2021 NFL Season Preview
Tesla Loses the Big Advantage It Had Over Other Electric Trucks
The Long, Strange Journey of the Deere Trucks That Helped Clean Up Ground Zero
Listen to Val Kilmer Use AI to Reconstruct His Voice After Losing It to Throat Cancer
The 20 Best Shows Coming to TV and Streaming This Fall
Why There Will Never Be a Good 9/11 Movie

News, advice and insights for the most interesting man in the room.

The Forgettable David Bowie Song That Changed the Music Industry Forever
Vaccines Don’t Affect Male Fertility, But COVID Certainly Can
First Drive: Can the Redesigned M3 and M4 Revive the Stick Shift at BMW?
The Newly Renovated Turtle Bay Is a Family-Friendly Paradise in Oahu
Cozy Up With One of Our Favorite Camping Blankets
The Perfect Fall Layer Is 55% Off at Ralph Lauren
Snag Rhone's Lightweight Commuter Shell and Save 50%
Pick Up a Cuisinart Food Processor at This Wayfair Sale
Our Favorite Running Pullover Is 25% Off Today

Why There Will Never Be a Good 9/11 Movie
MLB Disputes Hunter Renfroe's Account of COVID-19 Testing
Life Gets Better the Day You Start Making Pizza on the Grill
The College Gender Gap Is Spiraling Out of Control, And Men Are Losing Out

Send this article to your friends

Sign up for InsideHook to get our best content delivered to your inbox every weekday. It’s free. And awesome.