You have reached the cached page for https://www.pastpri.me/
Below is a snapshot of the Web page as it appeared on 6/9/2021 (the last time our crawler visited it). This is the version of the page that was used for ranking your search results. The page may have changed since we last cached it. To see what might have changed (without the highlights), go to the current page.
You searched for: Dead Like Me Business Unfinished We have highlighted matching words that appear in the page below.
Bing is not responsible for the content of this page.
Past Prime
0 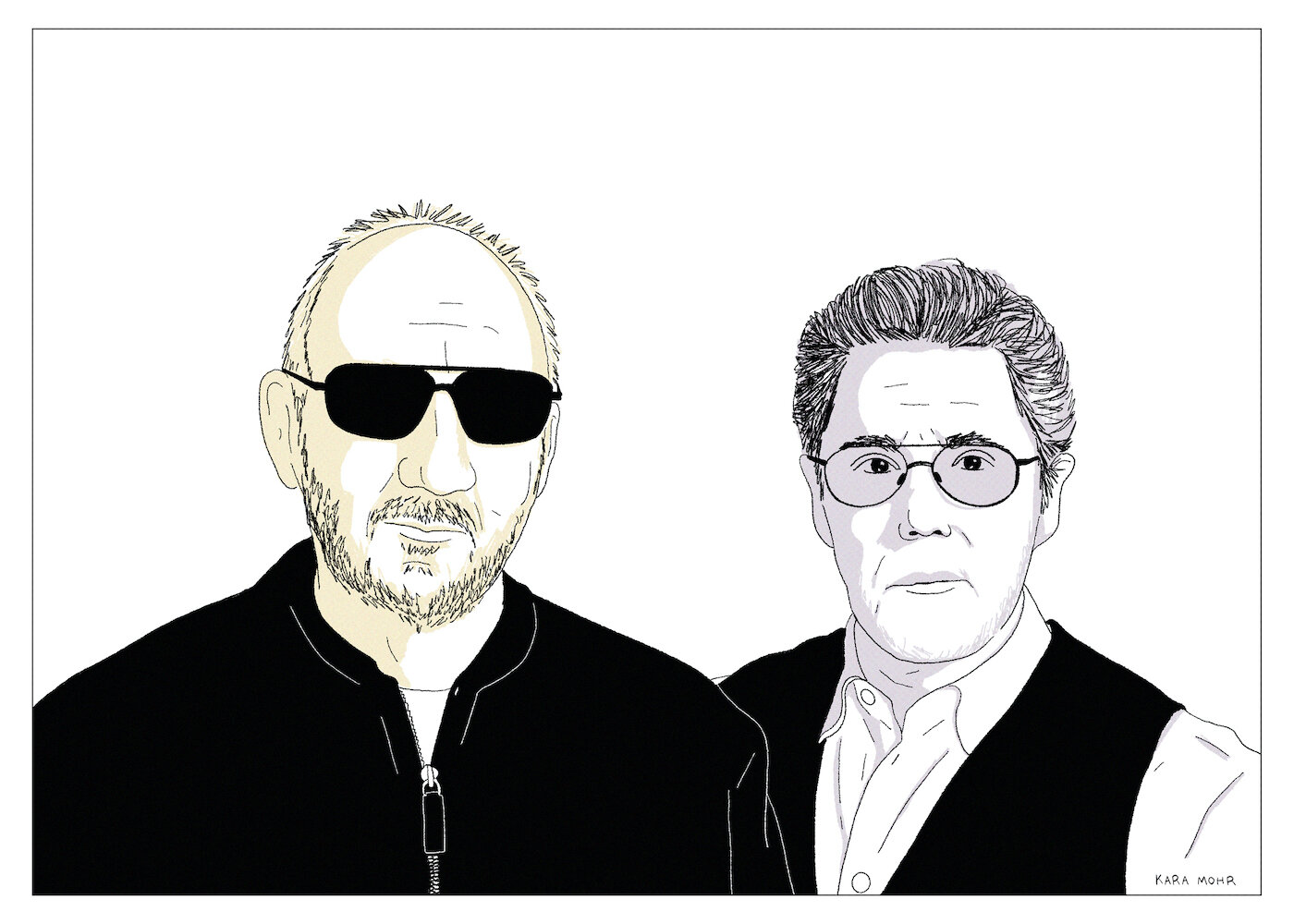 During their 2010 Super Bowl performance, without ever saying as much, The Who confirmed what we had suspected for years. They were done. Keith and John were dead. Pete was in his mid-sixties and Roger Daltrey was a year older and could no longer sing. There was simply no coming back. But, in 2019, through a combination of medical innovation and radical kindness, The Who returned. 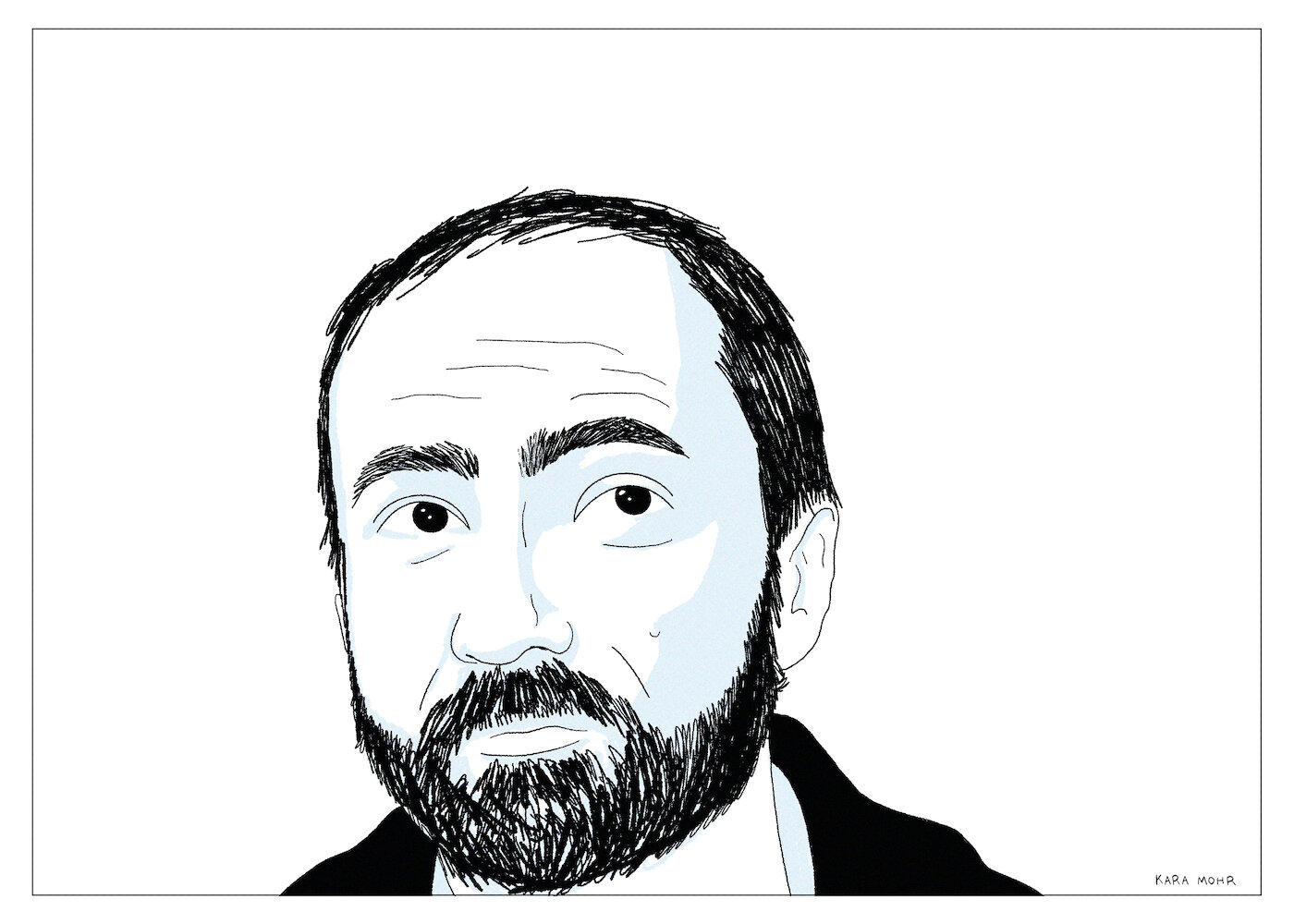 The Shins “Port of Morrow”

James Mercer had a decision to make. Was he going to be the boss and the star of a beloved band? Or would he remain a coy teammate, holding on to his indie ideals? First, he opted to punt and half hide alongside Danger Mouse. Eventually he reemerged like a bearded, prettier Kevin Spacey and without his bandmates. It seemed like a daring step forward but it still sounded exactly like The Shins. 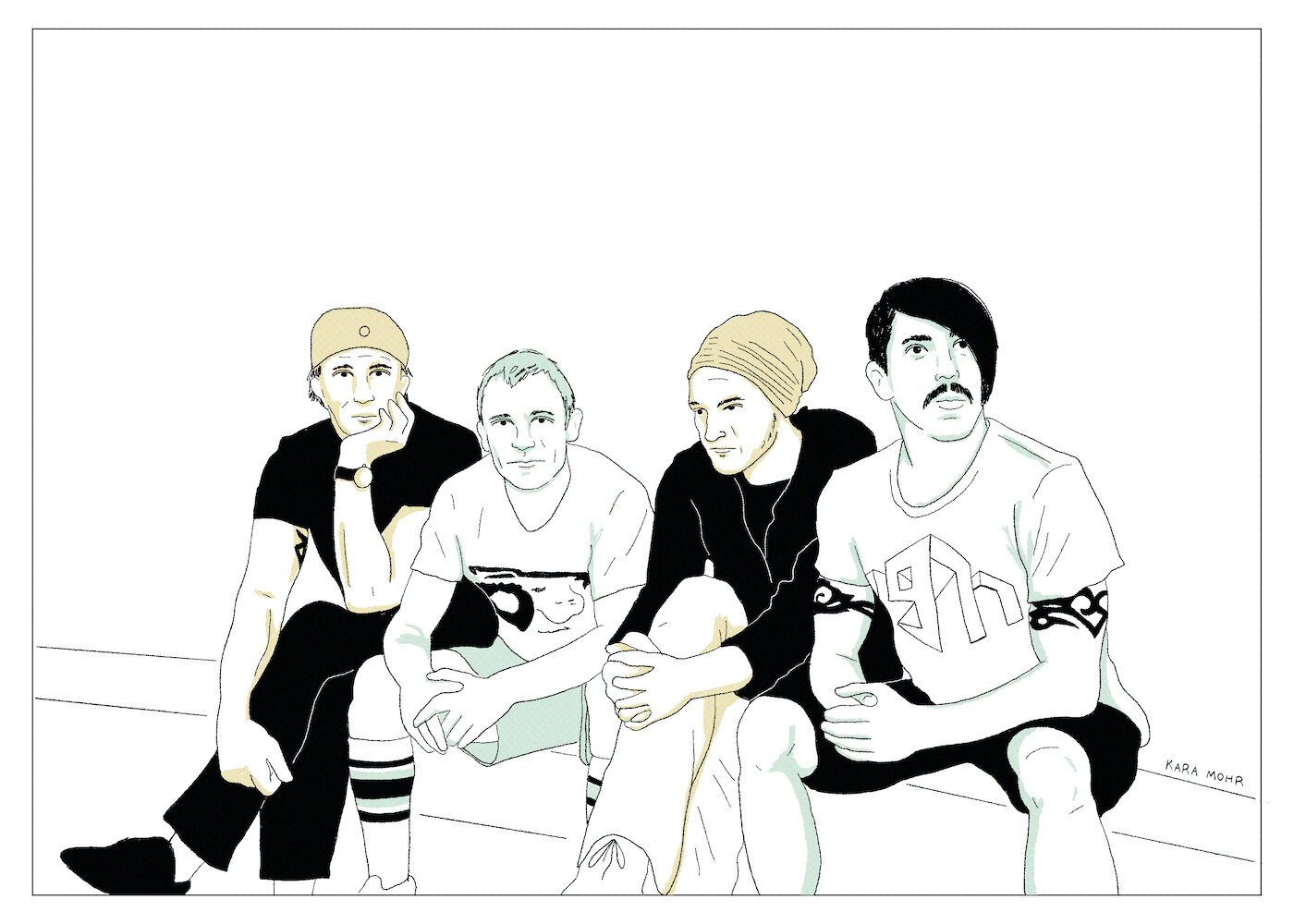 The Red Hot Chili Peppers “I’m with You”

After the unexpected peak of “Stadium Arcadium,” The Red Hot Chili Peppers had to consider their descent. John Frusciante left. Flea went back to music school. And Anthony cut his hair and grew a moustache. Five years removed from the mountaintop, they returned older, wiser, and noticeably smaller. 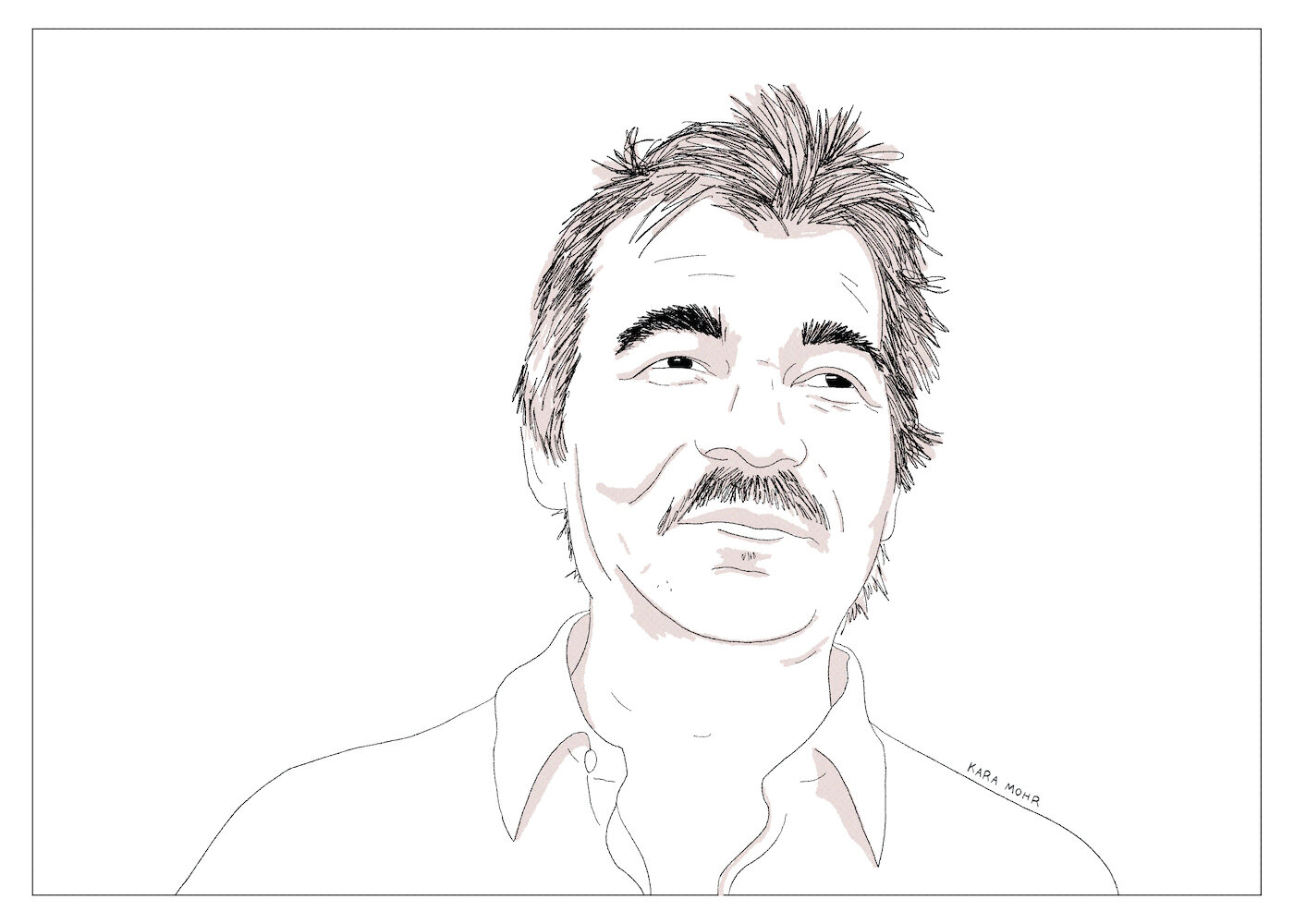 We all knew he wasn’t going to be the “Next Dylan” (they never are). He wasn’t pretty enough to be Johnny Cougar. And he was too good to simply gut it out on Music Row. But John Prine never really went away. He just sort of stood in place waiting for us to circle back. That happened in 1991 when Petty, Bruce and friends helped celebrate the great comeback of an artist who hadn’t gone missing. Four years, a marriage and two kids later — Prine wondered: where do you go after you’ve just come back? 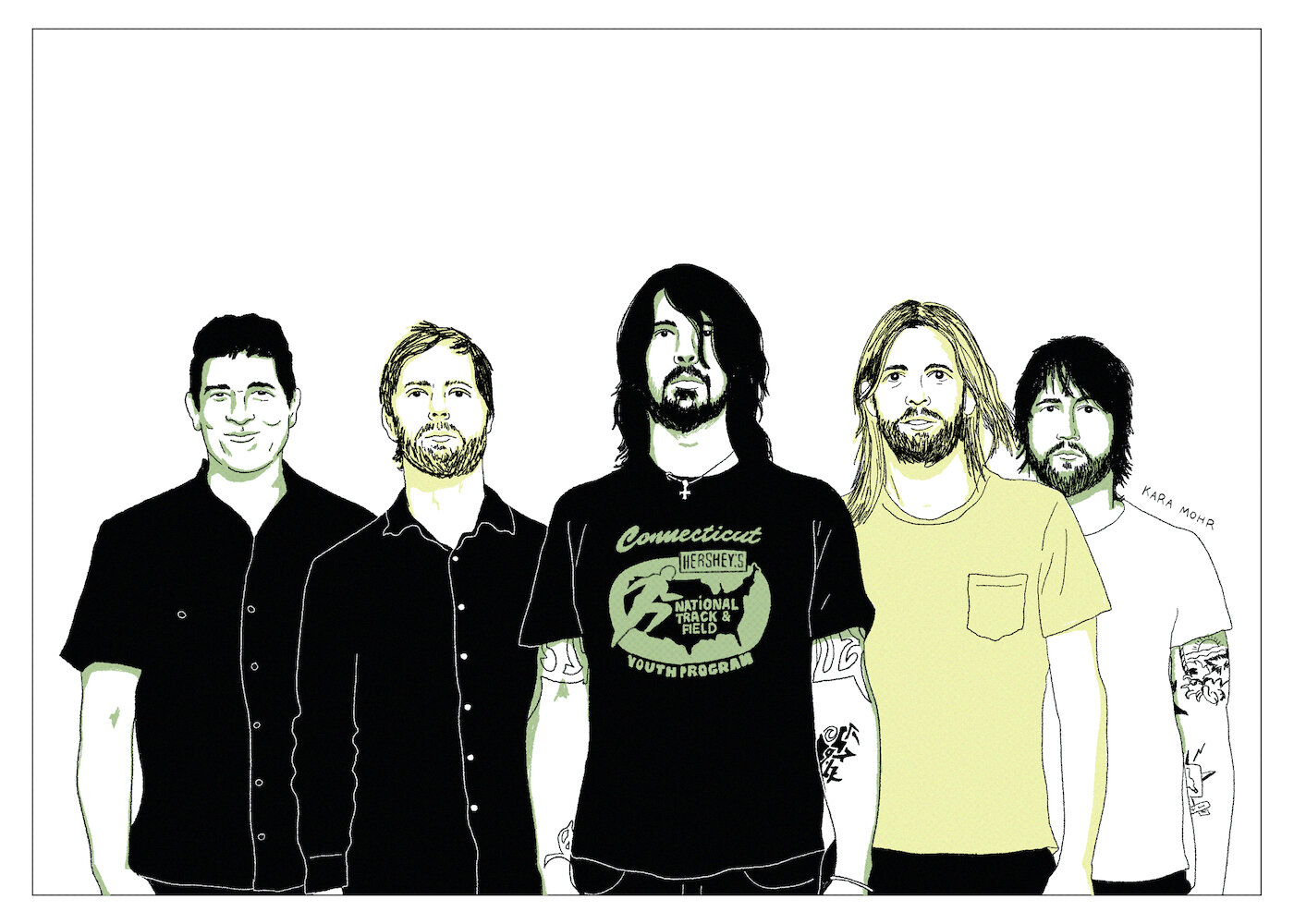 By 2011s “Wasting Light,” Dave Grohl no longer seemed like the last guy on the Alt Rock ship. He was more like the captain of his own yacht or the elder statesman of Gen X Dad Rock. Equal parts Tom Petty and Fugazi, he could play either Ethan Hawke or Ben Stiller’s character from “Reality Bites.” He was showing us that we could have it both ways. And, I must say, he was kind of convincing. 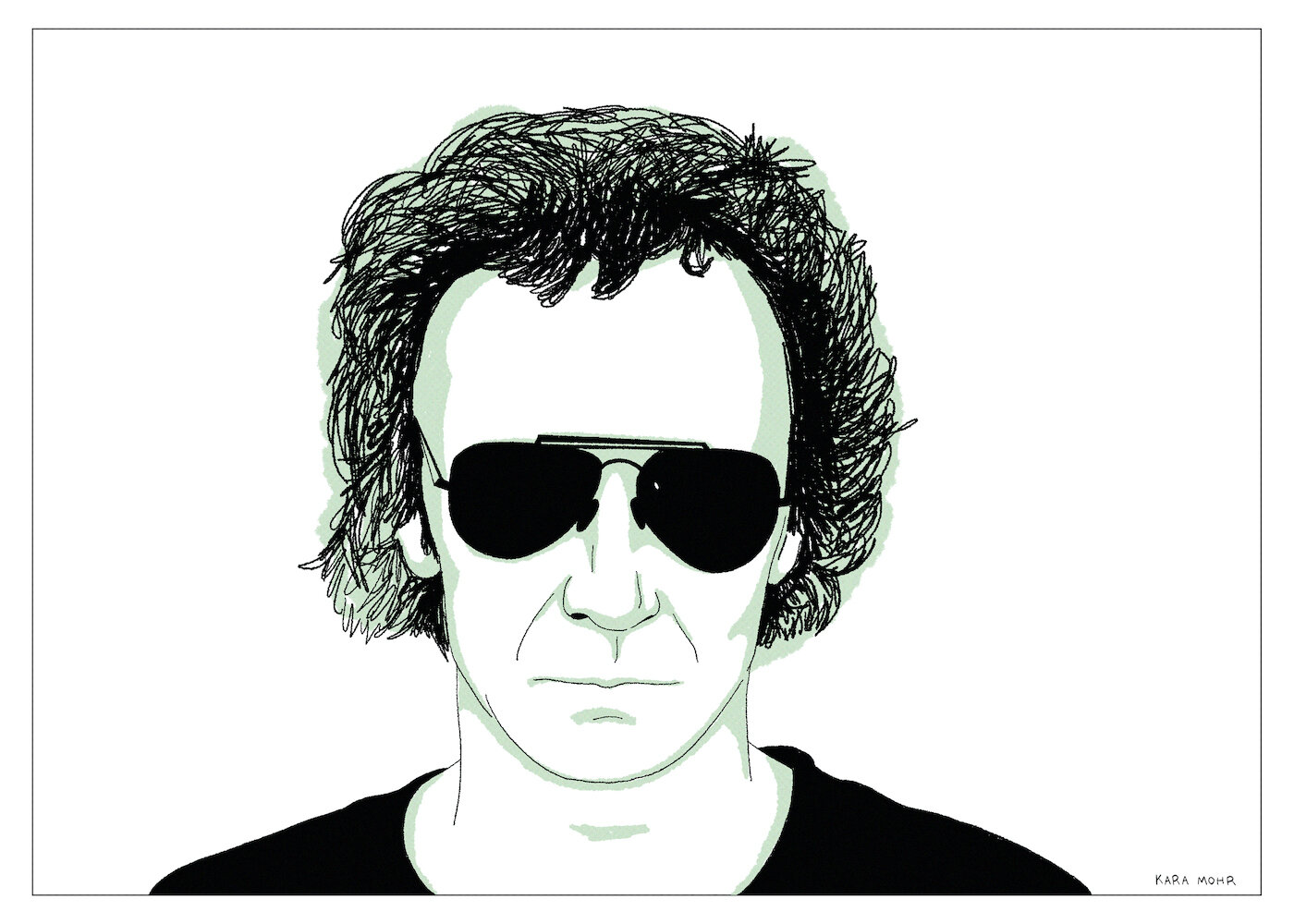 Of that class of 70s Pub Rockers, Graham Parker was once considered the surest of sure things. He was it -- both the next big thing and the through line between Van Morrison and Bob Dylan. But, in time, something amazing happened. Graham Parker did not happen. And by 1991, we found him, without The Rumour, at the end of his major label run, trying to choose between passion and professionalism. 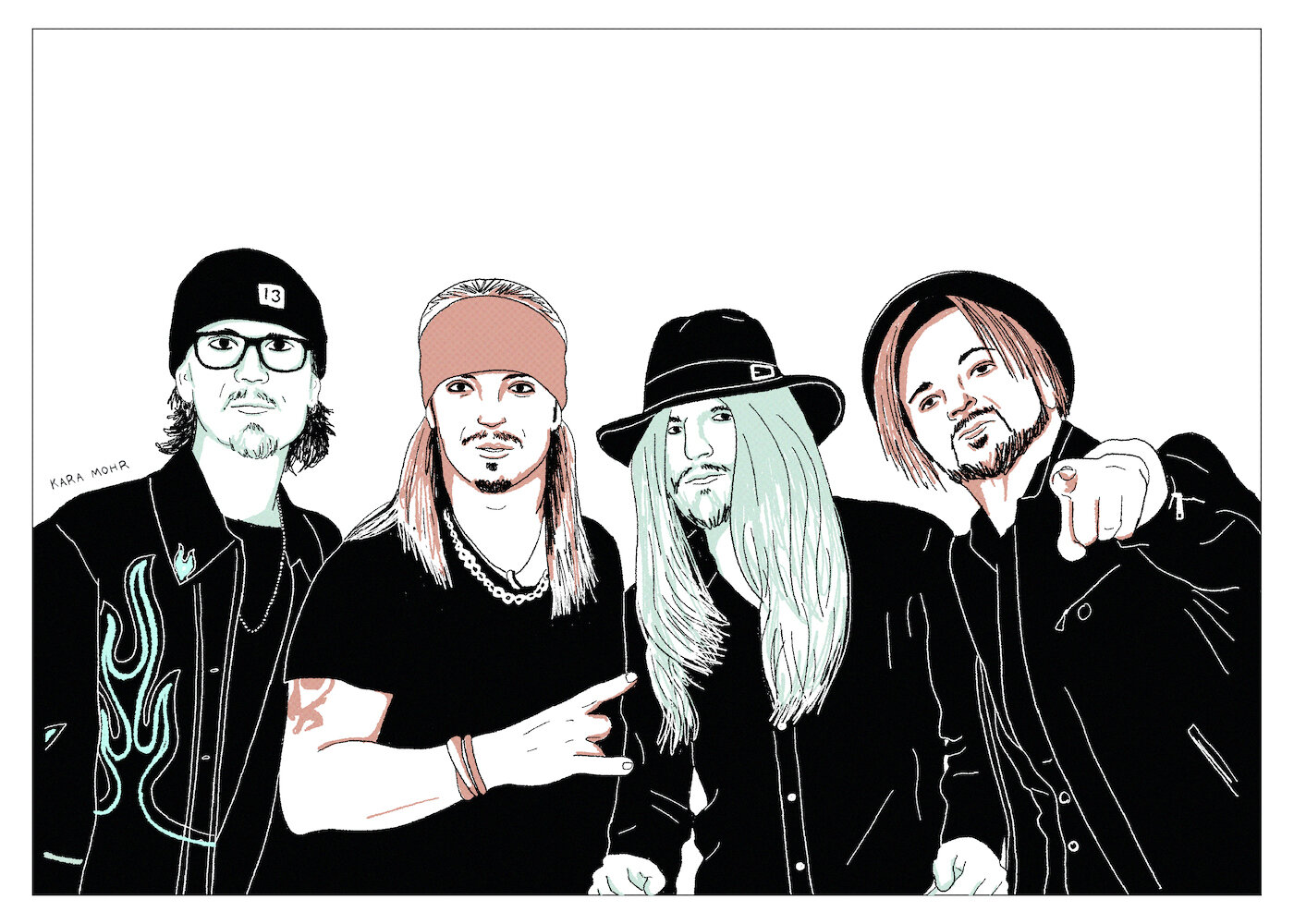 They were never as heavy as Motley Crüe or as menacing as GNR. But, at the end of the 80s, Poison was the prettiest Metal band we had. They triggered teenage hormones with big, dumb hits that were both hard and soft. Decades later, though, there was still something oddly enduring about Bret, C.C. and the guys. Was it reality TV? Was it the hair? Was it Trump country? Seriously. What was it? 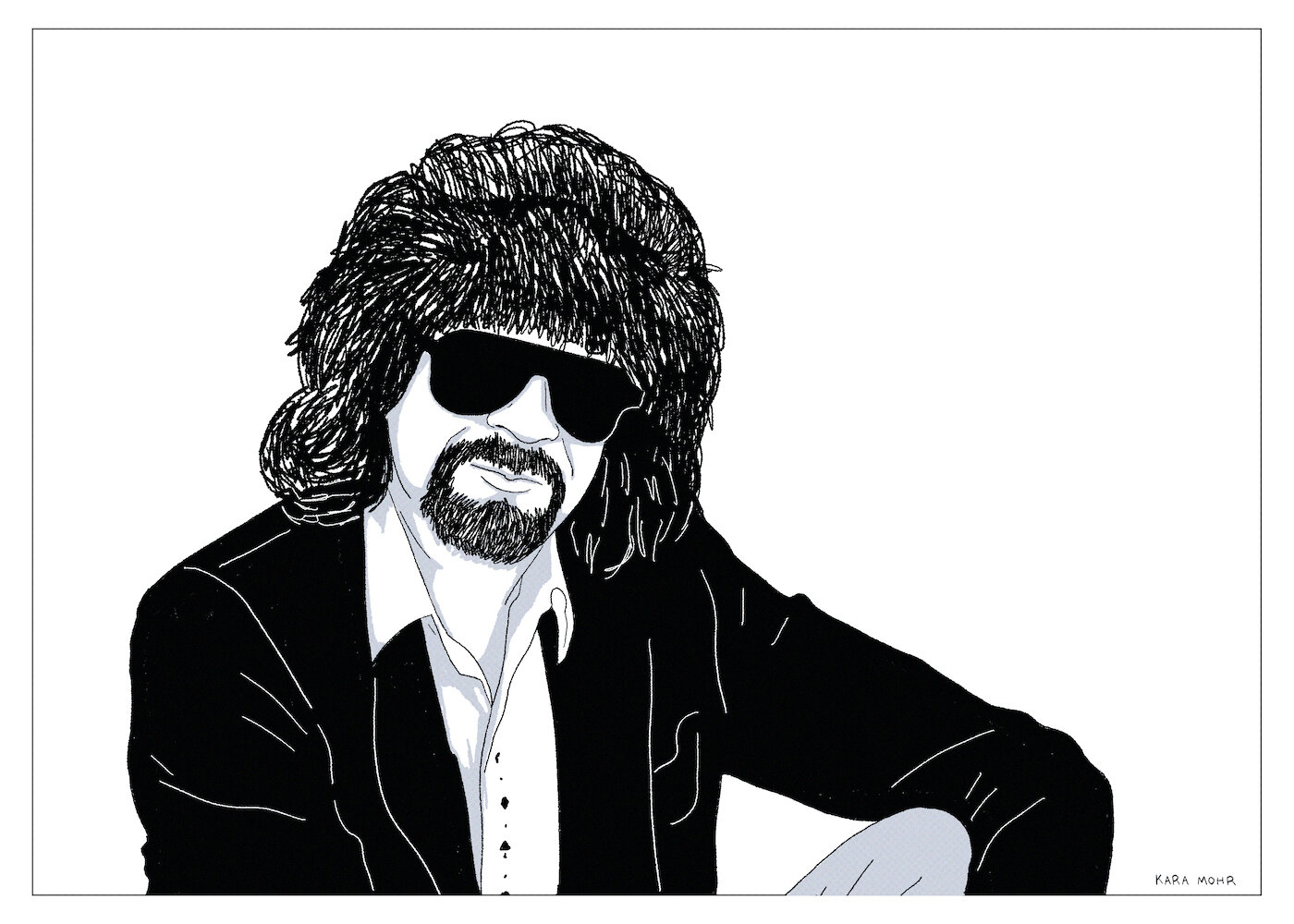 Jeff Lynne was always too furry to be Glam, too Pop to be Prog and too Disco to Rock. But he was daring enough to wonder what lies in the valley between The Beatles and Disco. The answer, of course, was Electric Light Orchestra, the band that gave America the sound that it desperately wanted. That is, until they wanted none of it. 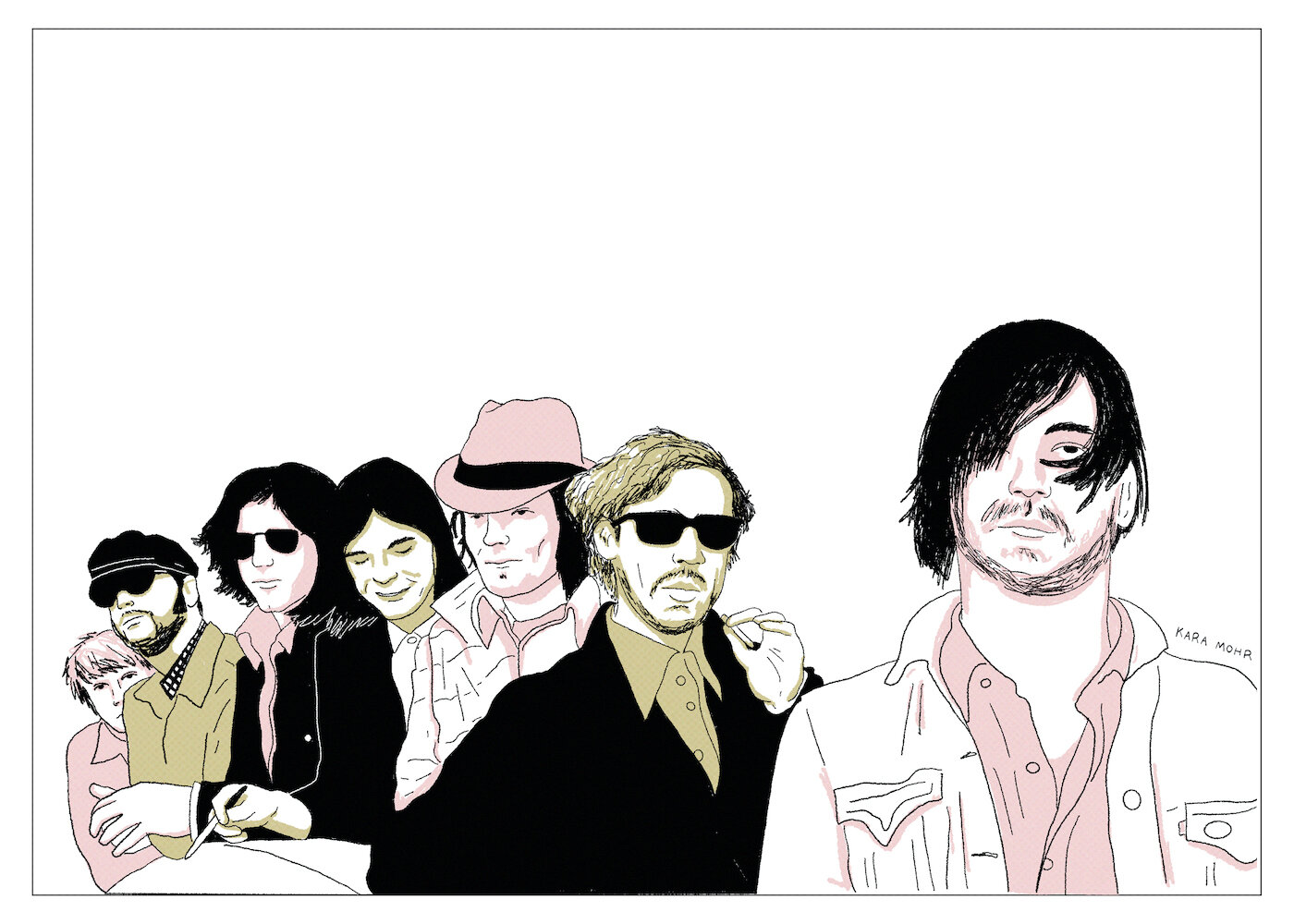 After a decade teetering between revelation and annihilation, Anton Newcombe followed his heroes and moved to Berlin. There, he got married, got sober, became a dad and hit reset. His music, which had always contained multitudes, sounded just slightly different in middle age — more curious and eclectic. The auteur I first heard in 1996 seemed like a man living to die. New Anton appeared open to the alternative. There’s a German word for this relationship between thesis and antithesis. It’s “Aufheben.” 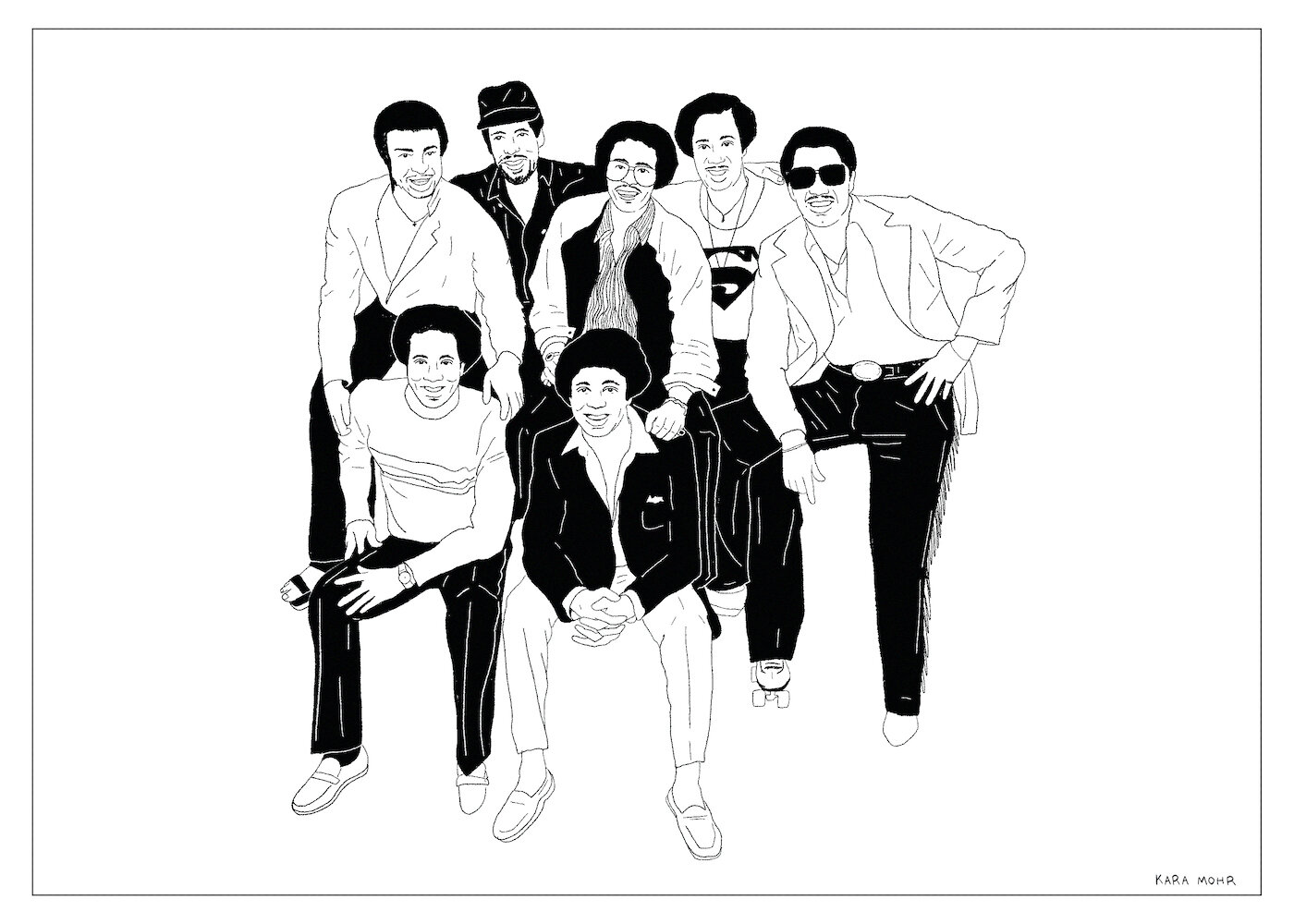 By 1982, The Temptations were more an aging institution than a Pop group. Motown’s solution was to bring back David Ruffin and Eddie Kendricks for a reunion and to pair them with the songs of Rick James and Smokey. At the time, Ruffin was addicted to crack and Kendricks voice was shot. Quickly and desperately, the seven Temptations assembled to record “Reunion,” an album that should have been an unmitigated disaster but somehow is weirdly delightful. 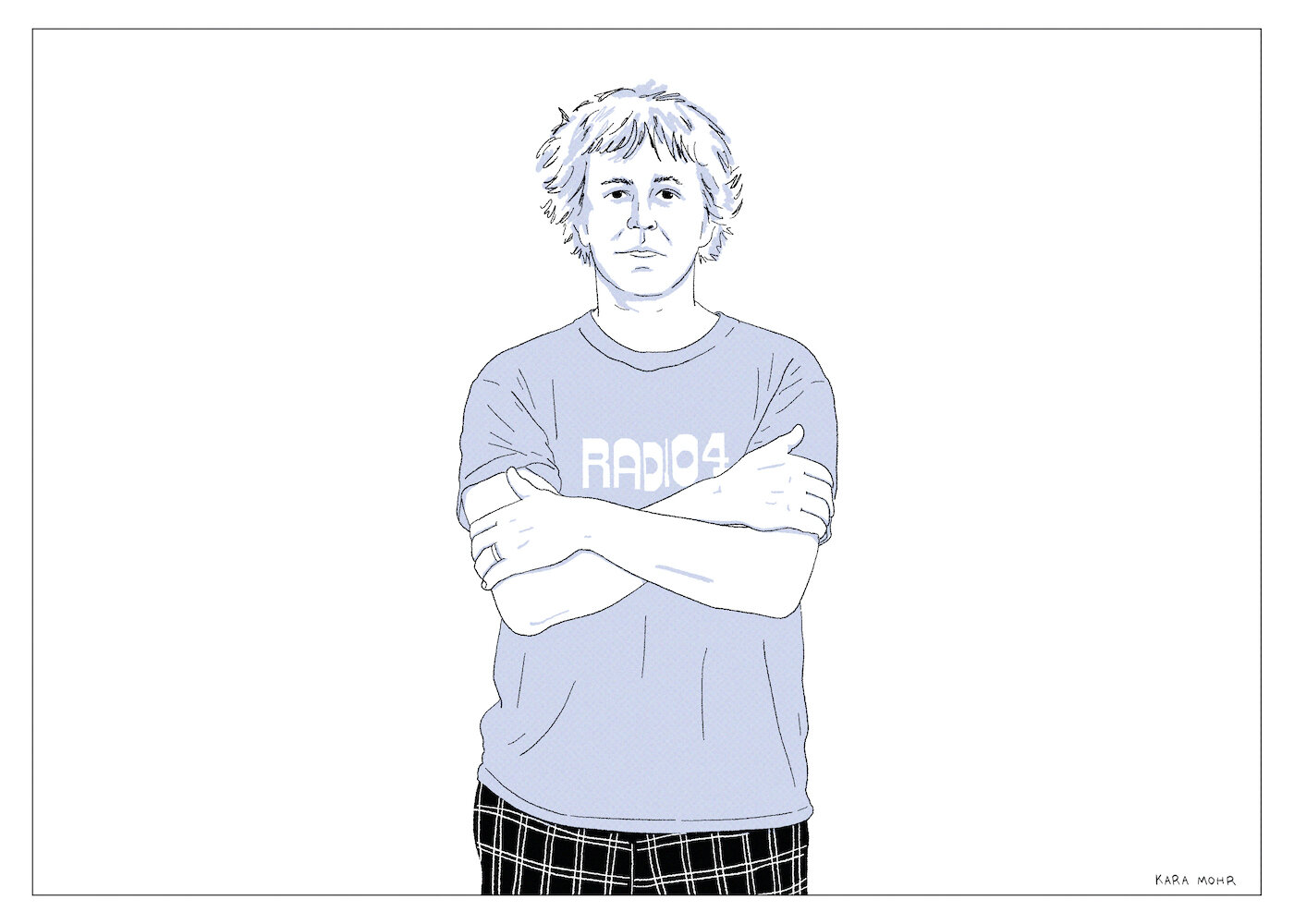 “Earthquake Glue” is the second to last album from GBVs legendary first run. It is the music of a brilliant Pop chemist, forced to choose between the tiredness of a job and the joy of amateurism. It is the music of a middle aged man who can can write a thousand songs. Who can teach elementary school. Who can throw a no hitter. Who can drink an ocean of beer. But who can’t do it all at once. At least not professionally. 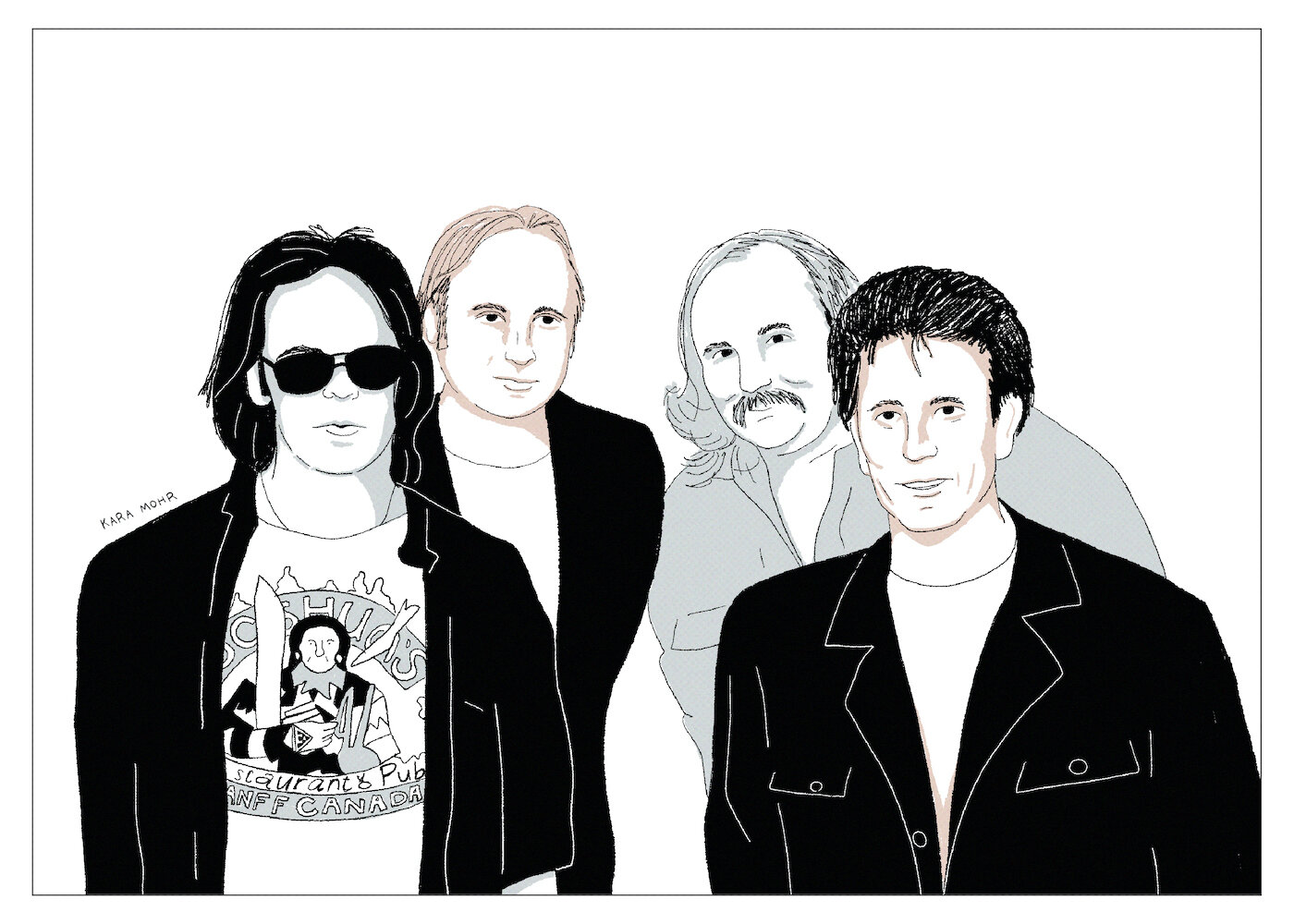 CSNY arrived in 1969, at the very moment when the Hippie promise was at stake. Would their generation’s legacy be the end of Vietnam and the birth of Civil Rights? Or would it be Altamont, Manson and a two decade hangover? CSNY represented a generation holding its breathe before sunset. That sun finally set on November 1, 1988 with the release of “American Dream,” the long waited, second studio album from Crosby, Stills, Nash and Young. 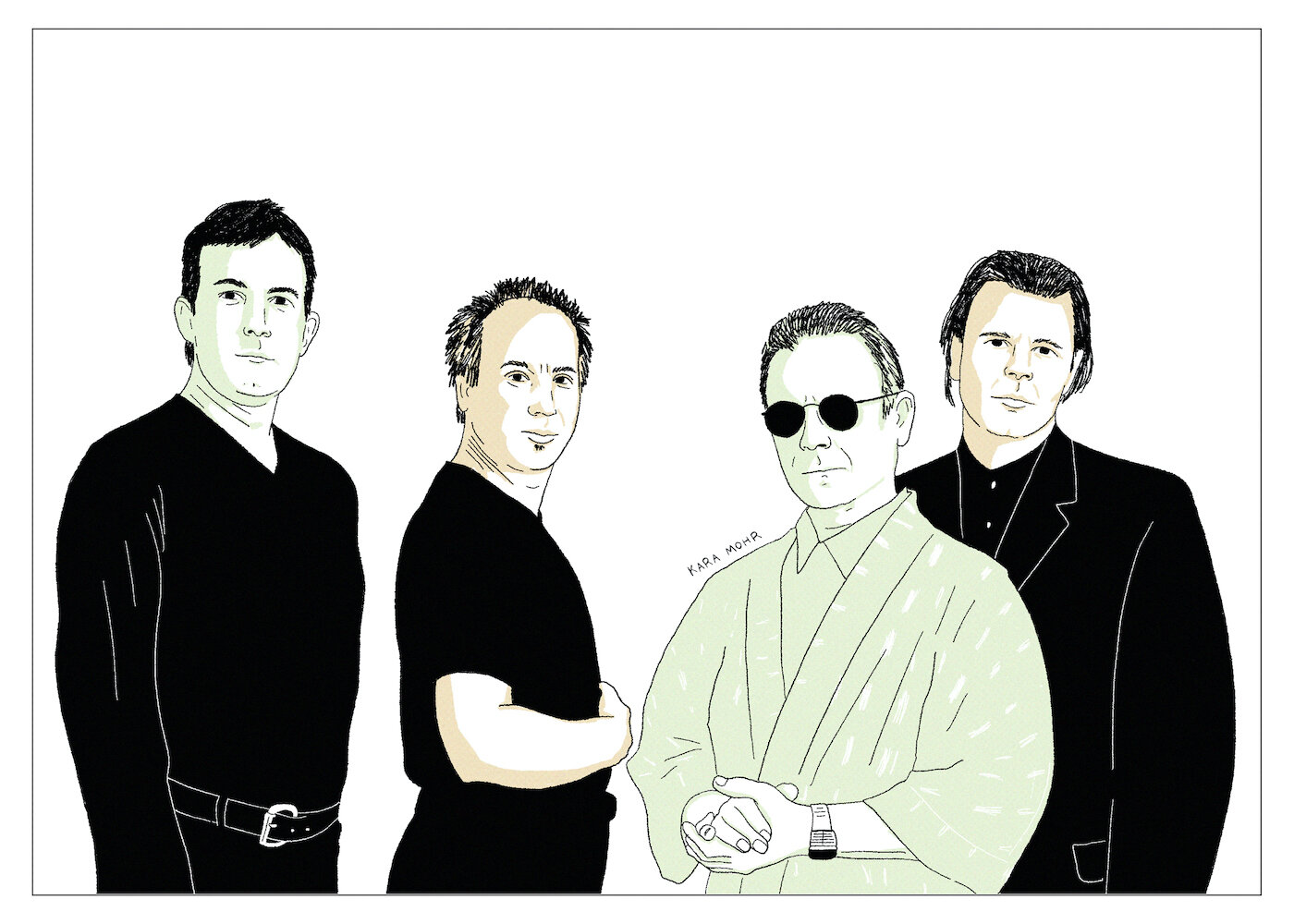 King Crimson “The Power to Believe”

Following their quirky, Belew-ish permutation in the 80s, King Crimson was reborn a decade later — harsher and, amazingly, more obtuse. As a casual listener, their final run from 1995 to 2003 sounds like music made for consideration rather than enjoyment. Nonetheless, I put my thinking cap on and tried my best with all of the albums from that period. And this arduous seeking led me to 2003’s “The Power to Believe,” Crimson’s final studio album (to date). If I was ever going to find meaning in King Crimson, surely it would be there — in Fripp’s closing statement. It simply had to be there. 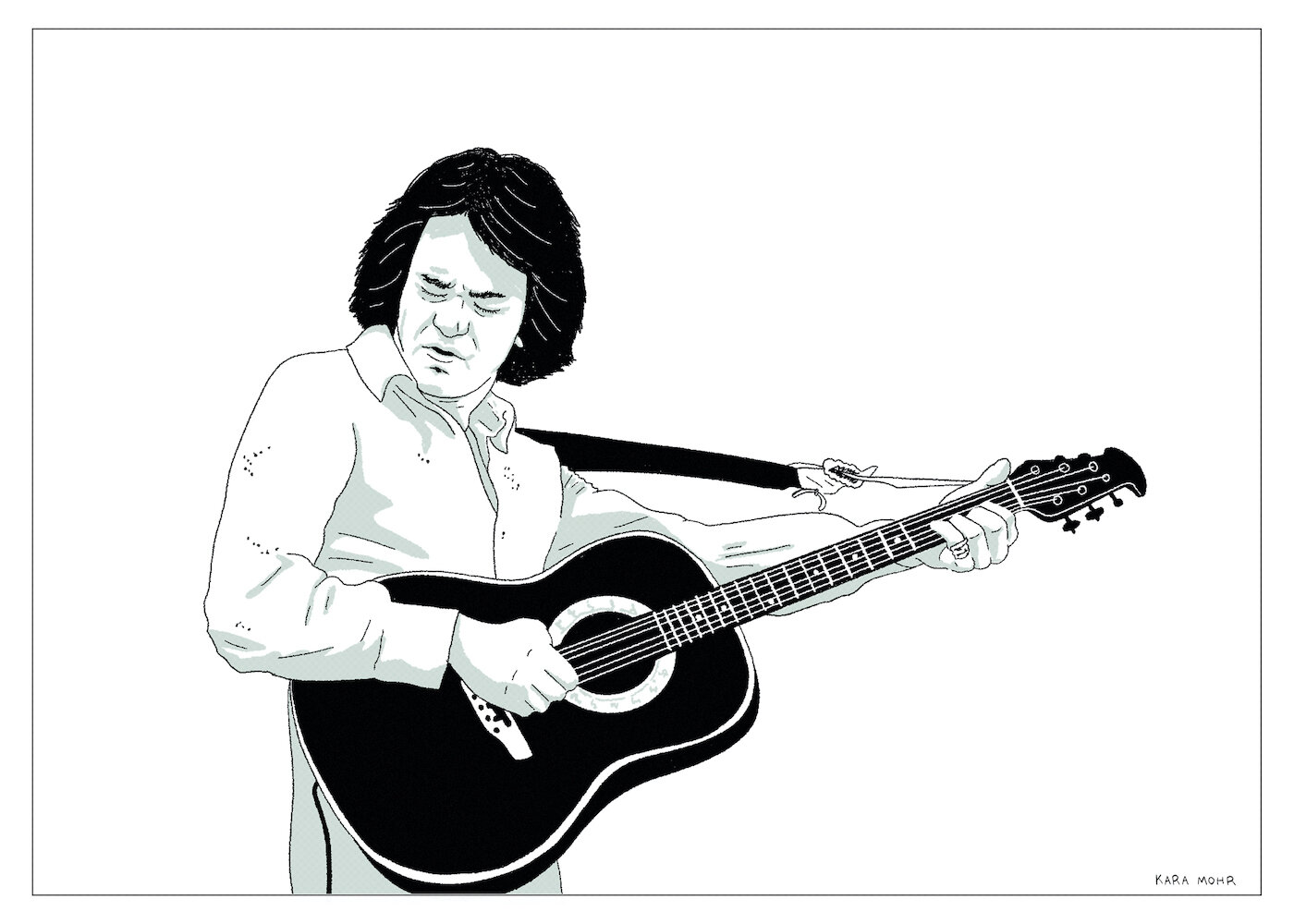 Although it was not apparent at the time, Neil Diamond was on the verge of a slump as the 1980s approached. A sub-tectonic struggle was being waged between Neil Diamond, Contemporary Adult, and the emerging radio format known as “Adult Contemporary.” 1982, with the release of “Heartlight,” proved to be the year in which the movement swallowed its leader. 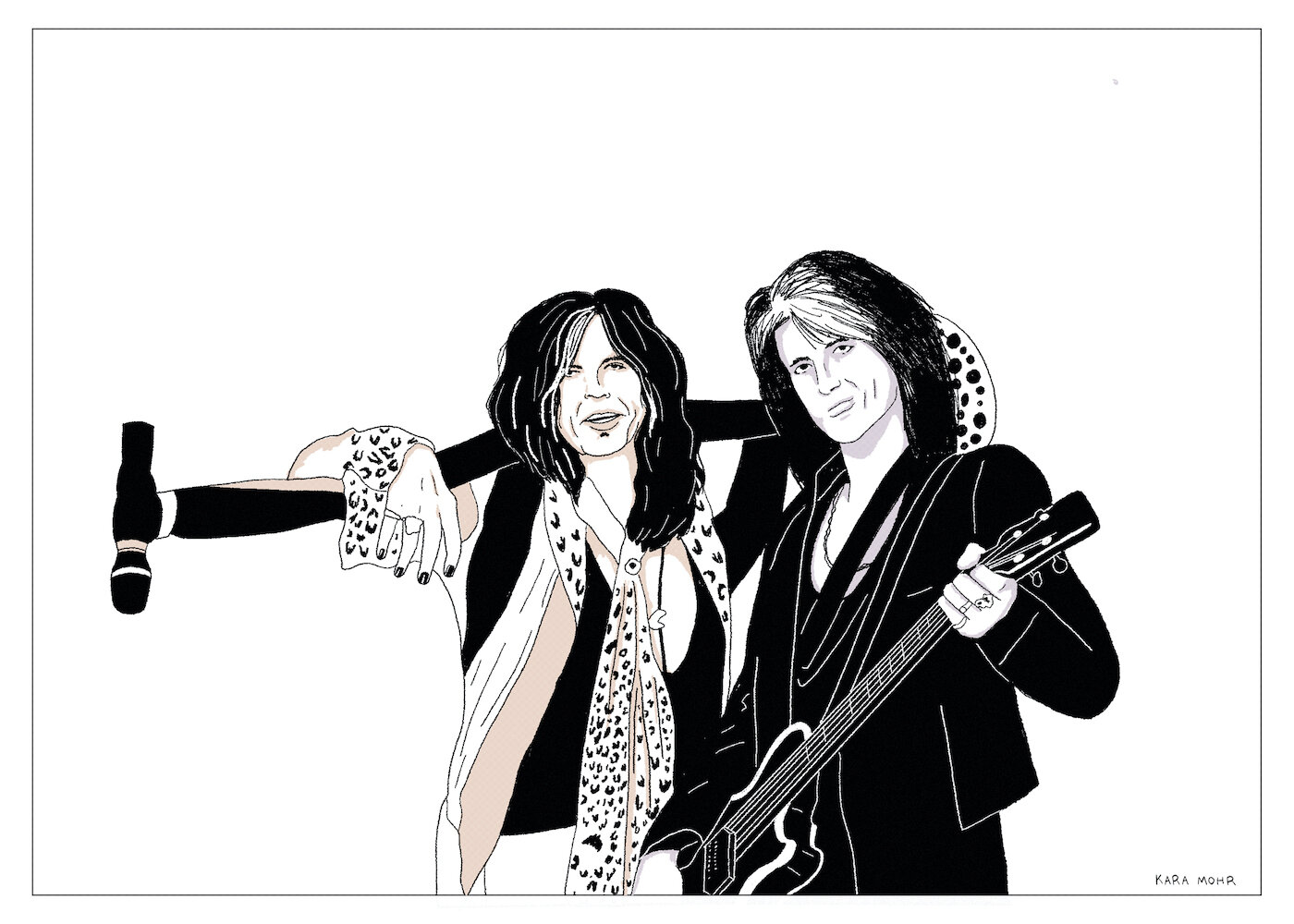 Aerosmith “Music from Another Dimension”

In the 1990s, Aerosmith transformed from almost has-beens to American Rock gods to, eventually, international superstars; all on account of their skyscraping ballads. However, following 2001’s “Just Push Play” and a Super Bowl halftime victory lap, it appeared that the years of baggage had them buckling under the weight. There would be no new music for a decade. But, eventually, the unkillable band lumbered into a studio in the summer of 2011 to record “Music from Another Dimension.” 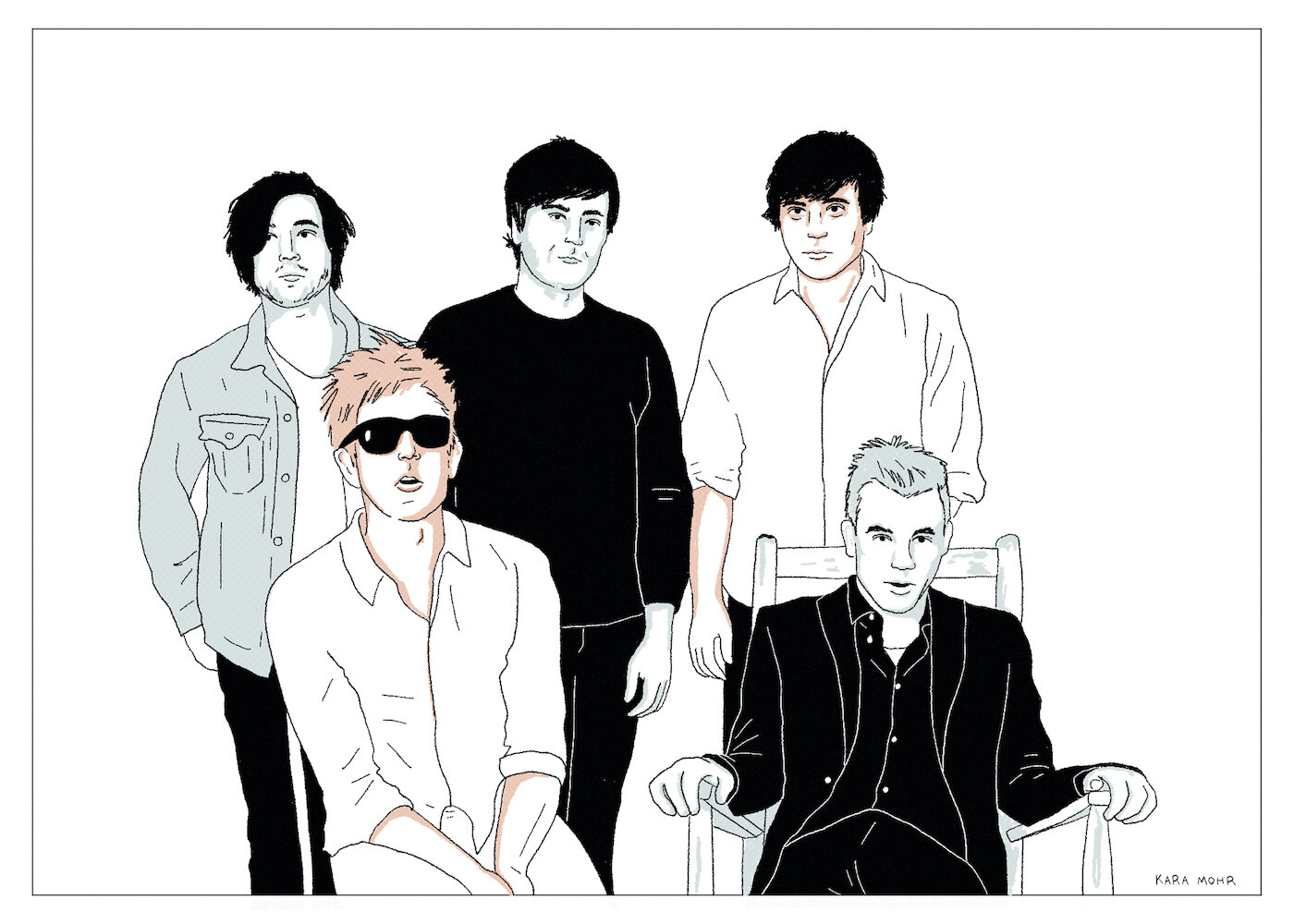 Spoon “They Want My Soul”

Though he strikes a formidable pose in concert and in photos, Britt Daniel is an unlikely, and grudging celebrity. By 2011, and against all odds, he was in a full blown relationship with stardom. And Britt maybe wanted to break up. Divine Fits seemed like the perfect distraction — all fun and little fame. It seemed like exactly what he needed. It may have been close. But, it was evidently not enough. The evidence, in this case, is Spoon’s 2014 release, “They Want My Soul.” 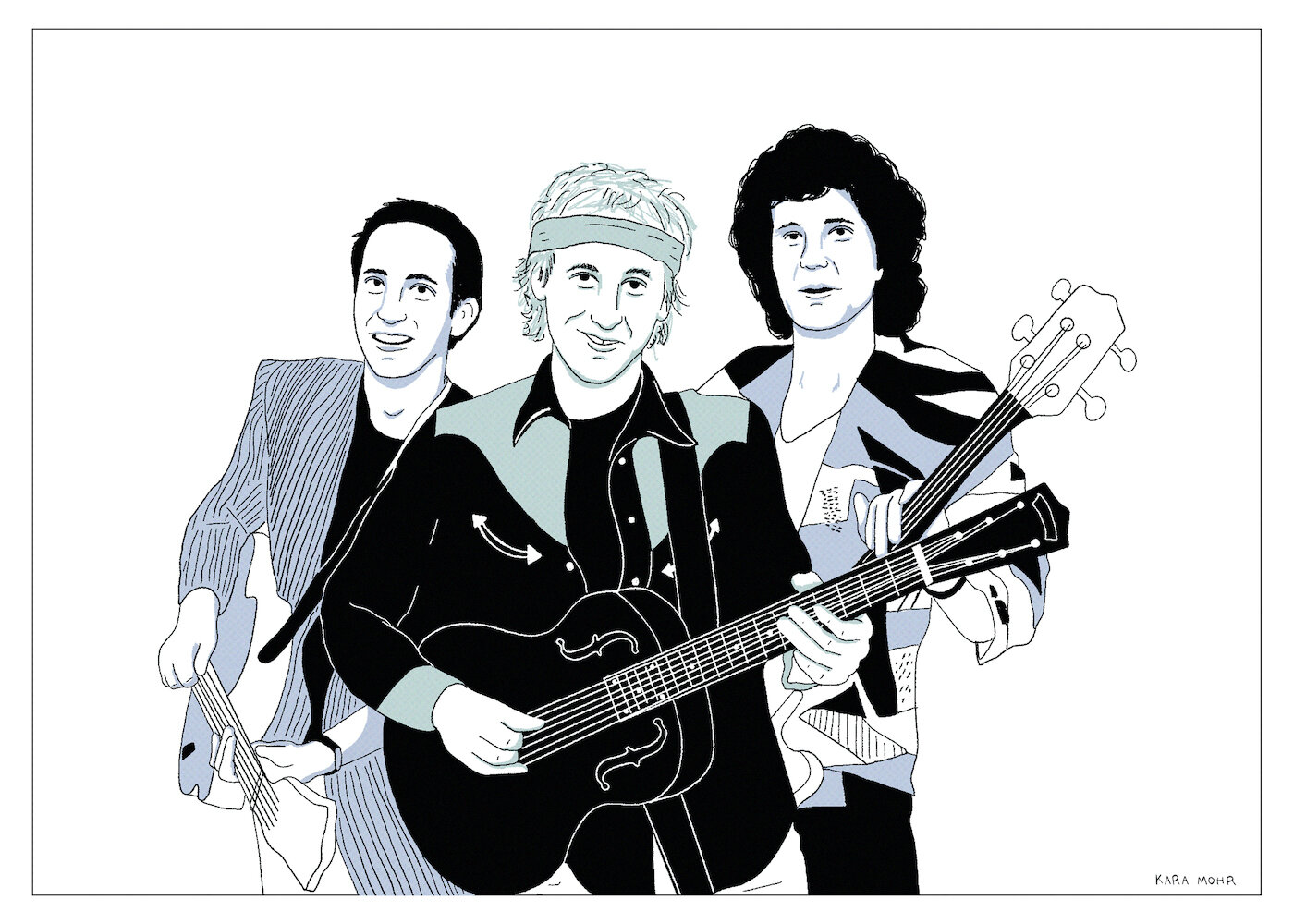 Dire Straits “On Every Street”

Dire Straits started as an anomaly. They were New Wave in design but more Folk and Country in engineering. They had a singer who couldn’t sing but who sounded great, and who also happened to also be a hell of a guitarist. For years, they achieved great success, without the trappings of fame. And all of this was well and good until 1985, when Dire Straits accidentally became the biggest Rock band in the world. Three years later, Mark Knopfler put Dire Straits on the shelf only to then, reluctantly, come back for one final album. It’s unclear whether the reformation was born out of affection or loyalty or inertia. But, whatever it was, Knopfler felt that there was unfinished business. 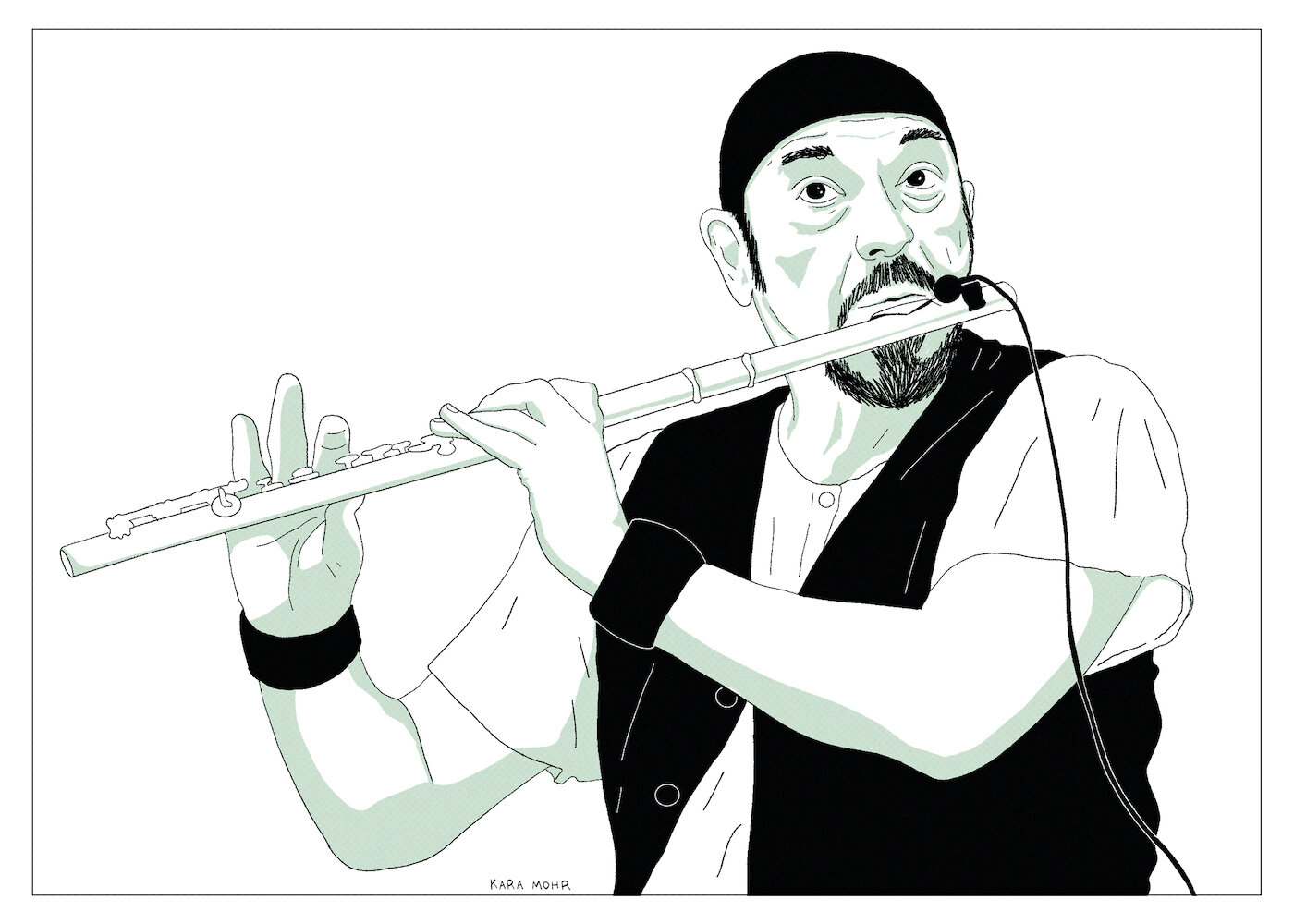 In the 90s, as Ian Anderson’s voice and body began to suffer, one could hear Jethro Tull slowing down. The albums were still ambitious and flute-filled and warmly received by Progressive Rock fans, but they were also less frequent. And, as time passed, Anderson’s voice no longer growled. Rather, it politely narrated the spaces in between his gymnastic melodies. The end of the Renaissance Fair came in 1999, with “J-Tull Dot Com.” a nominally conceptual album slash website advertisement that is just barely better than its title suggests. 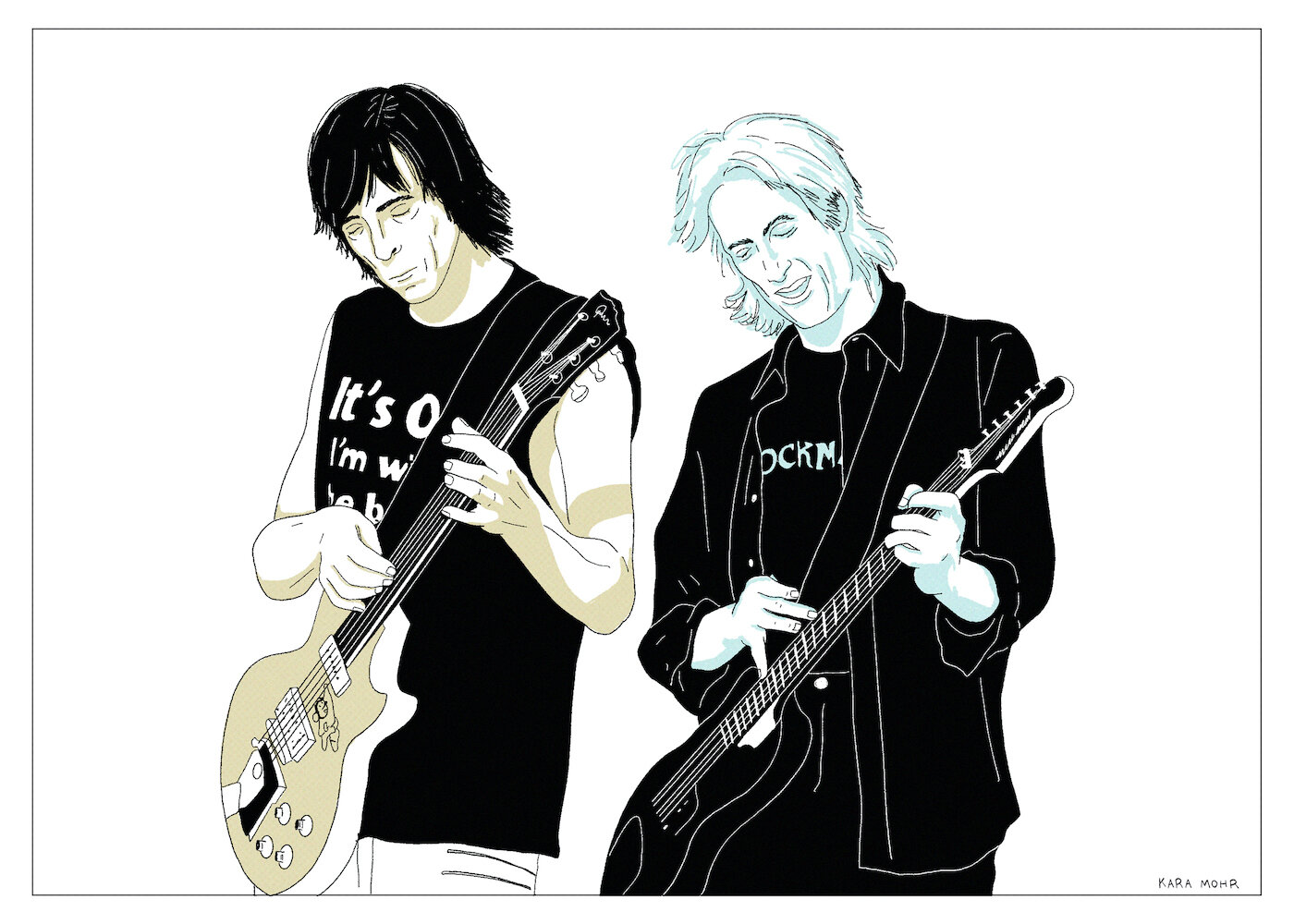 Like the great Patriots teams of the twenty first century, Boston, the band, had a “next man up” ethos. Guitarist, producer and mastermind Tom Scholz had his system. No man, not even lead singer Brad Delp, was irreplaceable. But Scholz platinum selling system was tested in 1994’s “Walk On.” Could they still be great without Delp? Moreover, in a world that passed them over in favor of Alternative Rock and Hip Hop, could Boston even be relevant in 1994? The cover of “Walk On,” on which the famous Boston spaceship crashes into some uninhabited planet, seemed to portend disaster ahead. 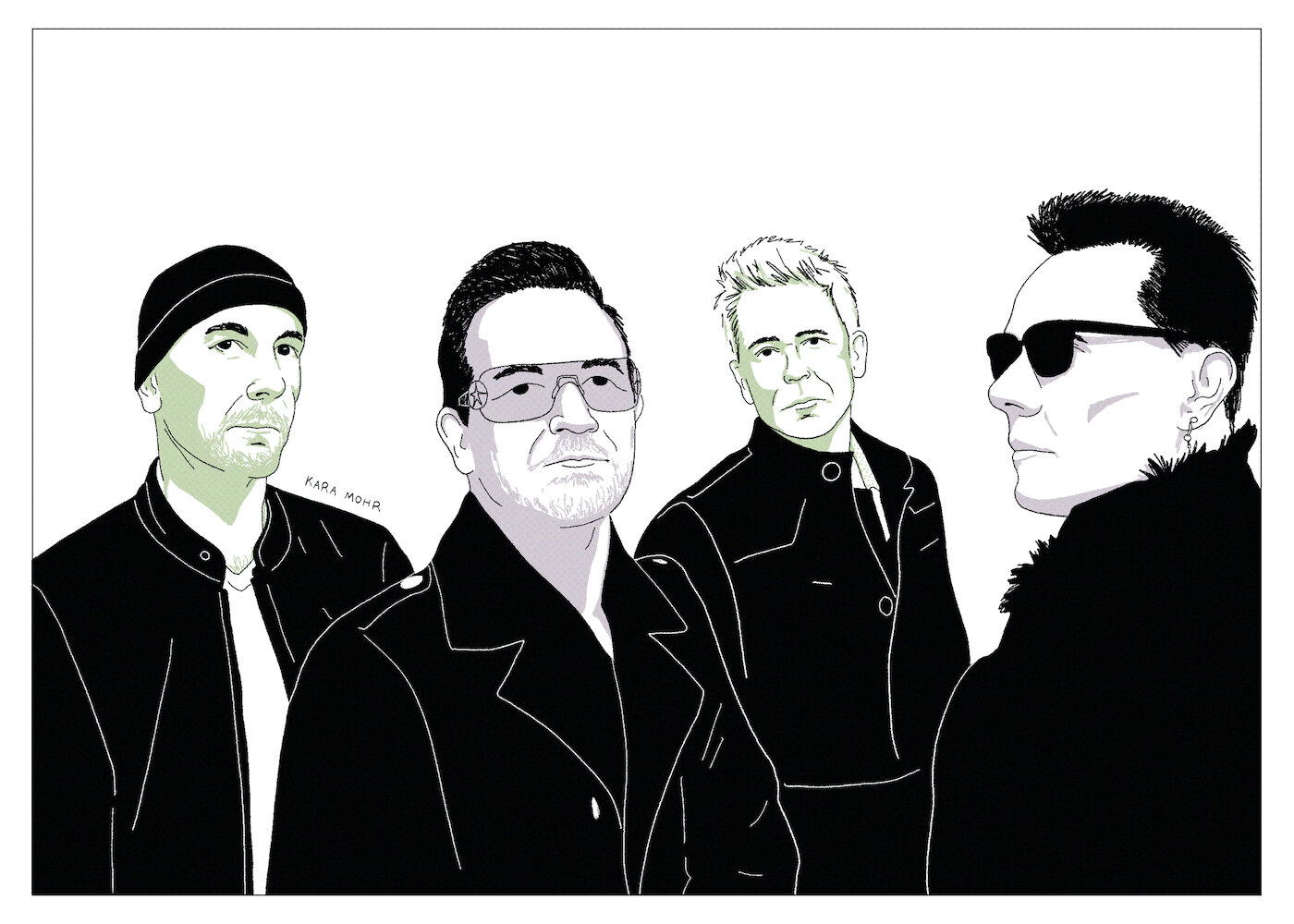 U2 “Songs of Innocence”

The colossal disaster that was the Apple / U2 “Songs of Innocence” campaign has been thoroughly considered by music critics, business writers and technologists. In conjunction with the release of the iPhone 6, it was revealed that all iTunes subscribers would receive a free digital copy of the new U2 album. To many, the promotion was akin to fancy spam. In fact, with the click of a few buttons, Apple and U2 managed to annoy roughly 5% of the Earth’s population. In 2014, for weeks on end, I was reminded of this botched cyber-intrusion through the pairing of my iPhone and my car stereo. It would take me seven years to return to the scene of the crime.