You have reached the cached page for https://www.tribecafilm.com/news/best-filmmaking-duos-the-coen-brothers-the-wachowskis-the-farrelly-brothers
Below is a snapshot of the Web page as it appeared on 11/29/2020 (the last time our crawler visited it). This is the version of the page that was used for ranking your search results. The page may have changed since we last cached it. To see what might have changed (without the highlights), go to the current page.
You searched for: Danny Pang Phat We have highlighted matching words that appear in the page below.
Bing is not responsible for the content of this page.
Take Two: The Best of the Best Filmmaking Duos | Tribeca

Take Two: The Best of the Best Filmmaking Duos

We're taking a look at the industry's most influential filmmaking duos. 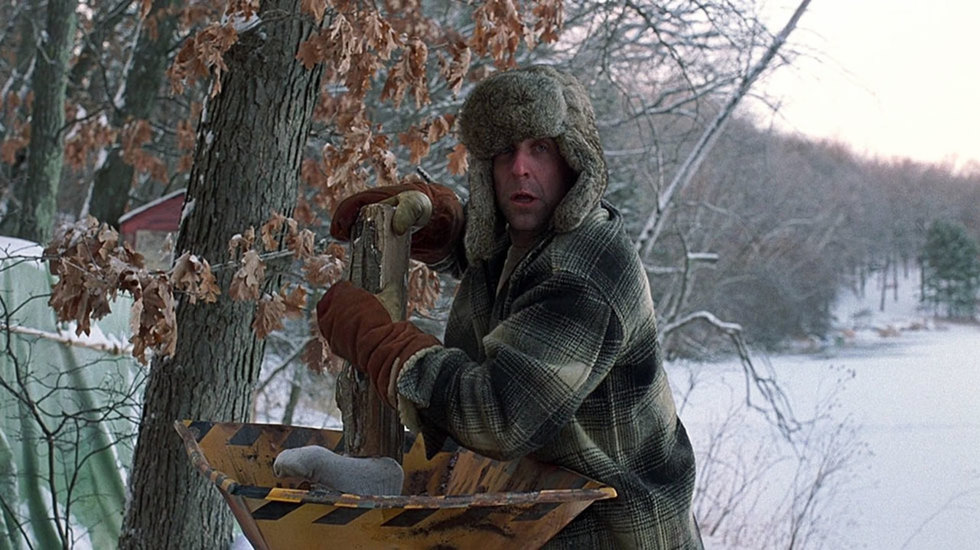 From the creation of the very first film to the molding of some of the most memorable characters in modern cinema, filmmaking pairs have changed the significance of the medium through technology innovation and genre-bending narratives.

Here's a list of a few of the most impactful filmmaking duos of contemporary cinema and which projects some of them have in the works for this year.

Auguste and Louis Lumière
Breakthrough Film: La Sortie de l'Usine Lumière à Lyon (1895)Considered to be the first cinematographers, the Lumière brothers worked in their father’s photo factory in the late 19th century. They tinkered with improving the dry-plate process which ended up directly influencing how moving images were captured through light. Within a few years they patented their own version of the cinèmatographe and created the first motion picture (above) documenting their colleagues leaving the photo factory, which lasted all of 46 seconds.

Director and writer respectively (though Christopher writes as well on certain projects), the Nolan brothers are known for their fast-paced, dense, and often nonlinear narratives that encourage us to question the legitimacy of what is being shown. Their unique stories usually involve recurring themes of memory and existentialism, featuring characters who are part of something much more important than themselves.

Upcoming Project: Matthew McConaughey, Jessica Chastain, and Anne Hathaway star in the much anticipated space epic, Interstellar, due out this November.

These brothers are the first and only Belgian filmmakers to receive the Palme d’Or at Cannes. Not only that, they did it twice! Famous for their riskiness – using handhelds, improvising with actors, working with existing lighting – their films have an organic, unpretentious aura about them, making us feel like we’re invited to be as voyeuristic as we’d like.

Upcoming Project: Their most recent film Deux Jours, Une Nuit (Two Days, One Night) starring Marion Cotillard, is currently in post-production and due out in August.

Sure, their breakthrough was a raunchy teen comedy that closed the nineties with a bang, but the Weitz brothers soon showed their sentimental sides with the beloved About a Boy and then again with In Good Company. Always keeping their genre options open, the brothers have directed and produced everything from documentaries and TV movies to Twilight: New Moon.

Upcoming Project(s): The duo is currently producing director Chris McCoy’s Good Kids, which doesn’t have a release date yet but just began pre-production.

Taking turns between action and horror and even sometimes combining the two, the twin Pang brothers are a deeply cohesive filmmaking team. They comprehensively work through scripts and storyboards together and even trust the others’ instinct so much so that when pre-production is done they typically switch off set days – Oxide will go in one day and Danny will work the next – in order to keep the project fresh and keep themselves rested as production unfolds.

Upcoming Project: Nothing on their radar right now, however their latest film Out of Inferno came out this past year.

Nora and Delia Ephron
Breakthrough film: This is My Life (1992)

Though Silkwood and When Harry Met Sally... gave Nora Ephron her big Hollywood break as a screenwriter, the sisters took on their first project as a writing/directing duo in 1992 with This is My Life. Paving the way to more commercial projects, the Ephron sisters brought us some of the most cherished romantic comedies of the 90's, including Sleepless in Seattle and You've Got Mail, which have influenced women screenwriters like Callie Khouri, Diablo Cody, Lena Dunham, and Mindy Kaling. Now all we need is a couple of these gals to pair up so we have more ladies on this list.

Stephen and Timothy Quay
Breakthrough Film: Street of Crocodiles (1986)
Also known as Brothers Quay, these identical twins are the most famous, most influential stop-motion animators in the industry. Their puppetry and signature set design techniques have bled from short and feature-length films into the stage, including theatre and classical ballet productions. You can watch the entire short of Street of Crocodiles above.

Upcoming Project: The brothers are currently working on a new short titled I Hear My Name due out this year.

After America fell in love with Lloyd Christmas and Harry Dunne, the Farrelly brothers churned out some of the most memorable comedies of the late 90’s and early 2000’s, including There’s Something About Mary, Shallow Hal, and Fever Pitch. Their relentlessly quotable screenplays have influenced the comedy of the Frat Pack generation including Judd Apatow, Seth Rogen, and Todd Phillips.

Upcoming Project: After some back and forth on whether it would actually see the light, a sequel is finally here – Dumb & Dumber To is due out in November so mark your calendars folks.

Andy and Lana Wachowski
Breakthrough Film: The Matrix (1999)
Blending acrobatic slow-motion with time-warped sequences, the Wachowskis became overnight auteurs with the release of The Matrix and changed the action genre forever. The siblings decided early on to step away from traditional narratives by creating stories with multiple parts that bridge space and time. A common theme they explicitly present across all of their films is “choice,” which not only changes the lives of the characters but also changes how their environments react to those choices made.

Upcoming Project(s): Jupiter Ascending, starring Mila Kunis and Channing Tatum is due for a July release and is shaping up to be this summer's main blockbuster. They’re also creating a new series for Netflix called Sense8. It follows a group of people scattered around the world who are suddenly linked telepathically and must try to survive together as a group.

Aside from their Academy Award-winning direction, the Coens unconventionally blend traditional film genres including crime, comedy, and drama through scripts that are deeply inspired by classic literature and existentialist philosophy, giving us archetypal characters often stuck in hapless situations. No matter how bleak the subject matter, it's difficult not to laugh at their misfortunes. This is true of all Coen Brothers films since the release of Blood Simple. in 1984 – the characters can’t blame anyone but themselves for being too trusting of the unforgiving and unpredictable world around them.

Upcoming Project: The Coens have co-written the adapted screenplay for Angelina Jolie's new directing endeavor Unbroken, due out Christmas of this year. The film follows the life of Olympian Louis Zamperini, who was captured by the Japanese military during World War II.