You have reached the cached page for https://www.britannica.com/biography/Daniel-Day-Lewis
Below is a snapshot of the Web page as it appeared on 10/28/2020 (the last time our crawler visited it). This is the version of the page that was used for ranking your search results. The page may have changed since we last cached it. To see what might have changed (without the highlights), go to the current page.
You searched for: Daniel Day-Lewis We have highlighted matching words that appear in the page below.
Bing is not responsible for the content of this page.
Daniel Day-Lewis | Biography, Movies, & Facts | Britannica
Daniel Day-Lewis
Article Facts & Data Media Additional Info

Join Britannica's Publishing Partner Program and our community of experts to gain a global audience for your work!
External Websites
Britannica Websites
Articles from Britannica Encyclopedias for elementary and high school students.
WRITTEN BY
The Editors of Encyclopaedia Britannica
Encyclopaedia Britannica's editors oversee subject areas in which they have extensive knowledge, whether from years of experience gained by working on that content or via study for an advanced degree....
Alternative Title: Daniel Michael Blake Day-Lewis

Britannica Quiz
Character Profile
What kind of animal is Babe?

Day-Lewis was the second child of Cecil Day-Lewis, one of the leading British poets of the 1930s, and actress Jill Balcon and was the grandson of motion-picture producer Sir Michael Balcon. He began acting at Bedales, a liberal school in Petersfield, England, and at age 13 he landed a small role in the film Sunday Bloody Sunday (1971). He then went on to perform with the Bristol Old Vic and Royal Shakespeare theatrical companies before appearing in his first adult roles in the films Gandhi (1982) and The Bounty (1984). In 1985 Day-Lewis displayed his versatility by playing a gay hooligan in My Beautiful Laundrette and a staid Edwardian-era Englishman in an adaptation of E.M. Forster’s A Room with a View; the films brought him international acclaim, as did his performance as an adulterous surgeon in The Unbearable Lightness of Being (1988). His portrayal of Christy Brown, an artist almost completely disabled by cerebral palsy, in the film My Left Foot (1989) won him numerous awards, including an Academy Award for best actor. In the course of making the film, Day-Lewis spent the entire time in a wheelchair and learned to paint with his left foot.

Day-Lewis subsequently starred in a number of successful films, including The Last of the Mohicans (1992), as the frontiersman Natty Bumppo; The Age of Innocence (1993), Martin Scorsese’s film adaptation of Edith Wharton’s novel; In the Name of the Father (1993), which earned him an Academy Award nomination; and The Crucible (1996), based on Arthur Miller’s play. After appearing in The Boxer (1997), Day-Lewis took a break from acting and worked for a time as a cobbler’s apprentice in Italy.

In 2002 he returned to the screen as a murderous anti-immigrant gang leader in Scorsese’s Gangs of New York, a drama set in the mid-19th century. He subsequently starred in the intimate The Ballad of Jack and Rose (2005), which was written and directed by Miller’s daughter Rebecca, whom he had married in 1996. In 2008 Day-Lewis won a second Academy Award, for his transformative performance as self-made oil tycoon Daniel Plainview in There Will Be Blood (2007). His later film roles included an Italian film director in the star-studded musical Nine (2009) and U.S. Pres. Abraham Lincoln in Steven Spielberg’s biographical Lincoln (2012). For his nuanced performance in the latter film, he won an unprecedented third best-actor Oscar. Day-Lewis next starred as a fashion designer whose pursuit of perfection begets tension in his romantic relationships in Paul Thomas Anderson’s Phantom Thread (2017). For this role, which he had previously announced would be his last, Day-Lewis earned his sixth Oscar nomination.

Day-Lewis was named a knight bachelor in 2014.

The Editors of Encyclopaedia Britannica This article was most recently revised and updated by Patricia Bauer, Assistant Editor. 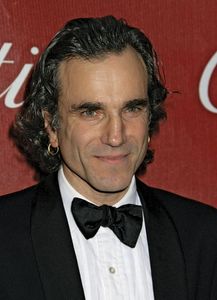