You have reached the cached page for https://ballotpedia.org/Christine_Gregoire
Below is a snapshot of the Web page as it appeared on 12/3/2020 (the last time our crawler visited it). This is the version of the page that was used for ranking your search results. The page may have changed since we last cached it. To see what might have changed (without the highlights), go to the current page.
You searched for: Christine Gregoire wikipedia We have highlighted matching words that appear in the page below.
Bing is not responsible for the content of this page.
Christine Gregoire - Ballotpedia

This page was current at the end of the official's last term in office covered by Ballotpedia. Please contact us with any updates.
Christine Gregoire 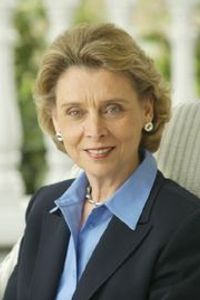 Her election to the office in 2004 was notable for her historically slim margin of victory over Republican Dino Rossi, who had appeared to defeat Gregoire on Election Day and after a first recount conducted by machine, until a second hand recount resulted in a reversal of the outcome in her favor. She is Washington's second female governor.

Gregoire announced on June 13, 2011, that she would not seek re-election in 2012. She cited personal reasons, and in a press release declared: "I know it's the right decision for me and my family."[1] She was succeeded by Jay Inslee (D), who won election on November 6, 2012.

Gregoire was raised in Auburn, Washington by her mother, who worked as a short-order cook. Gregoire graduated from Auburn High School and the University of Washington. She worked in the Washington State Department of Social and Health Services before going back to school to earn her law degree from Gonzaga University.[2]

Gregoire was first elected to the position of Governor of Washington in 2004 and won re-election in 2008. Her election to the office in 2004 was notable for her historically slim margin of victory over Republican Dino Rossi, who had appeared to defeat Gregoire on Election Day and after a first recount conducted by machine, until a second hand recount resulted in a reversal of the outcome in her favor. She is Washington's second female governor.She was later re-elected in 2008.

Gregorie announced on June 13, 2011, that she would not seek re-election in 2012. She cited personal reasons, and in a press release declared: "I know it's the right decision for me and my family."[1]

In December 2012, Gregoire declined to enter Washington into the federal health-exchange system established under the Affordable Care Act, otherwise known as "Obamacare," in favor of setting up a state-based system.[3] Washington is one of eighteen states - including Colorado, New York, New Mexico, and Oregon - that decided to create and run individual health-exchange systems by the December 14, 2012, deadline. The exchange is an online marketplace for citizens to purchase health insurance.[4][5]

As governor, Gregoire is responsible for appointing judges to Washington state courts. In Washington, the governor makes a judicial appointment to fill a vacancy. Following appointment, the new judge must run for the seat in the next general election. For an up-to-date list of all of Gregoire's appointees, see Judges appointed by Chris Gregoire.

Chris Gregoire was elected to three terms as attorney general and was the first woman to be elected to the position in the State of Washington. During her time in office, she worked on children's issues, reformed the state's juvenile system, led an effort to strengthen identity theft victims' rights, worked to pass a new ethics law for state government and to find alternatives to litigation in resolving legal disputes. Her office, in conjunction with other state attorneys general, investigated and sued drug companies for allegedly violating antitrust laws concerning manipulation of the price and availability of prescription drugs.

Gregoire was also heavily involved in the lawsuit against the tobacco industry in the 1990s and won the state a $4.5 billion share of the settlement, including a $500 million bonus for her lead role. In recognition of her leadership in the fight against the tobacco industry, Tobacco-Free Kids Action Fund campaigned on her behalf in 2004 and stated "There isn’t a stronger tobacco control leader anywhere in the Country than Chris Gregoire." Gregoire was also critical of a later securitization of the tobacco industry settlement to fill a budget gap in the 2002 state budget.

She was also critical in preventing the Republican controlled House from diverting $90 million of the state's share of the money into the general fund, leaving only $2.5 million ear-marked for tobacco-related issues.

She served as the director of the Washington Department of Ecology from 1988 until 1992. While Ecology director she negotiated a three party agreement in 1989 with the Environmental Protection Agency and the Department of Energy to clean up waste at the Hanford Nuclear Reservation. Later, as attorney general, she sued several times to try to get a more adequate cleanup job.

Gregoire announced on June 13, 2011, that she would not seek re-election in 2012. She cited personal reasons, and in a press release declared: "I know it's the right decision for me and my family."[1] Democratic former U.S. Congressman Jay Inslee won election on November 6, 2012.

In the state's general election Gregoire faced Dino Rossi. According to reports, the election was expected to be a close call. Gregoire ended up defeating Rossi with 53% of the vote. Reports later indicated that there was a huge upswing in Democratic voter turnout, attributed to the vote for Barack Obama in the U.S. Presidential election.

During the general election against former state senator and real estate agent Dino Rossi, Gregoire proposed a major initiative in life sciences, especially stem cell research. She was criticized for being a part of the Olympia establishment but tried to counter the "time for a change" message by saying she would "blow past the bureaucracy" and bring change herself. This language surprised and disappointed many of her colleagues and supporters. She was also criticized for failing to give much mention or credit to the efforts and achievements of past Democratic governors while touting her own public service.

Gregoire defeated Ron Sims and four other minor candidates in the primary election on September 14, 2004. Sims campaigned on the need for tax reform. Gregoire performed relatively poorly among blacks and liberal whites, which is likely due to Sims' ethnicity and questions about her participation in a college sorority.

Gregoire is an alumna of Kappa Delta sorority, where she served as the chapter's president during her attendance at the University of Washington. In her campaign for governor, she was criticized for maintaining the sorority's policy of admitting only white, Christian women.

In 2007, Governing magazine named Gregoire as one of nine "Public Officials of the Year" for his bipartisan approach as speaker in addressing the Colorado's budget problems.[7] Other honorees included Houston Mayor Bill White and Speaker Fabian Núñez of the California State Assembly. Each year since 1994, Governing has selected a handful of state and local officials to honor for standout job performance. The Public Officials of the Year program "recognizes leaders from state, city and county government who exemplify the ideals of public service."[8]

Note: Please contact us if the personal information below requires an update.
Gregoire, born Christine O'Grady, was raised in Auburn, Washington. Gregoire lives in a suburb of Olympia called Lacey with her husband Mike. Gregoire has two daughters, Courtney (1979) and Michelle (1982). Both daughters are graduates of Olympia High School in Olympia, Washington.

In 2003, Gregoire was diagnosed with breast cancer in an early stage after a routine check-up and a mammogram. She had surgery and recovered to good health.