You have reached the cached page for https://www.liveblackpool.info/about/history/history-of-blackpool-central-pier/
Below is a snapshot of the Web page as it appeared on 4/17/2021 (the last time our crawler visited it). This is the version of the page that was used for ranking your search results. The page may have changed since we last cached it. To see what might have changed (without the highlights), go to the current page.
You searched for: Central Pier Blackpool We have highlighted matching words that appear in the page below.
Bing is not responsible for the content of this page.
History of Blackpool Central Pier • take a look with Live Blackpool
Skip to content

It was always designed to be a place of fun! In its early days that meant dancing and steamer trips. The modern amusements and rides were added much later.

We went for a walk around Central Pier in autumn 2020. Take a look –

The History of Blackpool Central Pier

On 30 May 1868, The South Pier Jetty Company opened what we know as Central Pier, with the name ‘South Jetty’.

It was the success of Blackpool North Pier which encouraged the formation of the Blackpool South Jetty Company.

The new development obviously caused raised eyebrows in the town! Major Preston’s name was rapidly erased from the foundation stone of nearby North Pier because of his support for the new pier. And there was no public opening ceremony. 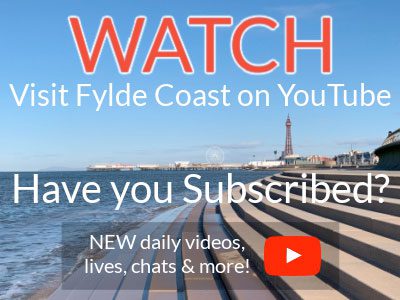 South Jetty was 1118 feet long when it was built, with an entrance hall, two shops, several kiosks, and a pier head lounge. It’s now 1,112 feet long (or 339 metres), shorter than it was when it originally opened. An extra 120 metres of landing jetty was used at low tide. Steamboat excursions once left from here, just as they did from North Pier (more about that below).

The pier was unsuccessful at first, but in 1870 Robert Bickerstaff introduced steamer trips and open air dancing on the pier head. It soon became known affectionately as the “People’s Pier”.

A new tollhouse appeared at the entrance in 1878. On the pier itself were shops occupied by photographers, confectioners and fancy dealers. Plus a floor for dancing, and refreshment rooms.

From 1878, the Central Pier Company’s steamers “Wellington” and “Nelson” ran to Southport, Llandudno, Lytham, Barrow, Peel and some other places.

By 1888, Central Pier was featuring Professor Taylor “eating, smoking, and writing underwater” and acts such as the “White Coons”. Pierrots were first seen on the pier in 1907. Beginning with Adeler and Sutton, they were succeeded by Fred Allendale’s Premier Pierrots, then by Wylie-Tate’s Super Pierrots in 1922.

In 1891 the old wooden jetty was replaced with a 400-foot long iron pier extension for the steamer boats. You can see the extension in the next photo, taken in 1920.

A central dancing platform was also added, which became an open-air theatre from 1949. The steamer jetty was washed away much later, in 1964.

A Change of Name

In 1893 Blackpool’s third Pier, South Pier, opened. What was originally called ‘South Jetty’ was renamed Central Pier to avoid confusion. It’s had that name ever since, for more than 100 years.

Here’s another familiar name for anyone who is interested in Blackpool’s history – Robert Bickerstaffe. He was the first manager of Central Pier and also coxswain of the first Blackpool lifeboat. Now, he’s remembered in the redevelopment of Bickerstaffe Square (the area around Sainsbury’s) at Talbot Road and the Council offices (Bickerstaffe House).

In 1903, the eastern-style White Pavilion was added at the landward end, but that was demolished in 1966.

Central Pier was also close to the site of the long closed Blackpool Central Railway station.

From the pier you’d have crossed the tramway and promenade, walked a little way along Chapel Street (the road heading to the Courts and former police station) and there was Central Station, on your left.

Tens of thousands of holiday makers arrived there every year and spilled out of the trains for a day at the coast. Now, plans are unfolding to redevelop the Central Station site once again.

An age of modern entertainment

In 1949 skating stopped on the pier, and an open-air theatre was created. The theatre at the beach-end continued to have shows. Morecambe and Wise topped the bill in “Let’s Have Fun”.

Peter Webster first appeared at the open-air theatre on Central Pier in 1951, playing to 1,000 people twice daily – mainly children. “Uncle” Peter Webster went on to star in over 5000 shows.

In 1965, the Circlorama Cavalcade 360 degree cinema appeared on Central Pier. It had been backed with cash from Harry Talbot de Vere Clifton after the success of the London original, made by the firm of Harkness Ltd. When the London show closed, it was erected on the end of the pier ready for the summer season. It was a total failure, as it kept breaking down due to the salt air. At the end the season it was dismantled and removed/reassembled in Glasgow’s Kelvin Hall.

The Central Pier Theatre was demolished in October 1966. Now, the building at the front of the pier was rebuilt, to house the Golden Goose Amusement Arcade. A new theatre was also built on the site of the old dance floor, opening in 1967.

In 1967, the Dixieland Palace replaced Central Pier pavilion, above the Golden Goose Arcade on 31st May. It had the “official biggest bar service” in Britain. The pier head’s open-air dance floors became the New Theatre, dancing was moved to the White Pavilion, and the Venetian Bar was opened in the centre, to cater for both public and the pier’s theatre artistes.

The Dixieland Showbar opened in 1968 along with the Golden Goose amusement arcade. The Dixieland had its own Golden Fry Restaurant – specialising in “chips in a basket”. Further out, before the theatre, was the Venetian Bar – frequented by performers during intervals. Fire destroyed the Dixieland on the 22nd of September 1973, but it was soon reopened.

The Golden Age of Central Pier

Love old photos? You’ll enjoy our ‘Old Blackpool’ Pinterest Board. When we find any interesting historic photos around the internet, we pin them here.

Recent Chapters in the History of Central Pier

Still as popular today as it ever was, Central Pier is now known as the one with the fairground rides. It’s a heady jumble of sights, sounds and smells, where loud music mixes with seagulls, and candyfloss with sea air.

It’s 108 feet high, holding up to 216 people in 26 carriages. Burton’s Wagon Wheels were the original sponsors.

At the same time, the Wheel House Bar and Disco, and the Super Waltzer also opened.

It’s a familiar landmark on Blackpool seafront. But, built over the sea and beach, the Big Wheel is very exposed to the weather. So it’s taken to pieces every few years, cleaned, inspected, maintained and replaced to turn again for another season.

It’s quite a strange site when it’s dismantled. The circumference disappears bit by bit, until all that’s left is the frame of the legs that hold it up.

The local starlings love the Big Wheel though! It’s one of their perches for the thousands and thousands of them that fly in Blackpool’s famous starling murmurations each year.

No doubt there will be many more chapters to unfold in the history of Central Pier over the years to come.

Thankfully, fire crews managed to put it out quite quickly. It wasn’t as bad as it might have been. We went to take a look a few days later –

Watch our walk-around video at the top of this page and you’ll see that the fire damage wasn’t anywhere as bad as it might have been!

Go to the homepage of the Live Blackpool website for the latest updates.

Love the Fylde Coast? Sign up for your weekly email newsletter. Packed full of interesting things it arrives in your inbox all 52 weeks of the year.

Have you signed up for your weekly enews? 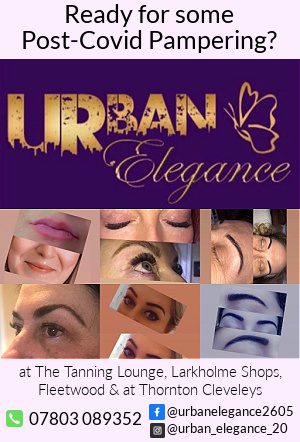 Live Blackpool is part of Visit Fylde Coast, for people who love this stretch of North West UK coastline.

With Visit Fylde Coast you can explore Fleetwood, Cleveleys, Blackpool, St Annes and Lytham plus the market town of Poulton.

Join us on social media, and don’t forget to sign up for your weekly enews for lots of interesting information, events, blogs and more straight to your inbox.

Packed full of interesting things and a what's on guide for the following week.

Blackpool – it’s where Sooty comes from!

Did you know that Sooty was discovered on Blackpool North Pier? And he lights up…

Dogs on Beaches in Blackpool

What about THAT tunnel between the Winter Gardens and The Tower? Did it exist? What…

Blackpool Airshow 2021 - sadly organisers have cancelled it again due to the Covid pandemic.…

McDonald Property Rentals is OPEN Again! Find your new home or perfect tenant if you're…

Blackpool Heritage Tram Tours are back from May. Enjoy a journey along the prom -…