You have reached the cached page for https://vsbattles.fandom.com/wiki/God_(Bruce_Almighty)
Below is a snapshot of the Web page as it appeared on 11/24/2020 (the last time our crawler visited it). This is the version of the page that was used for ranking your search results. The page may have changed since we last cached it. To see what might have changed (without the highlights), go to the current page.
You searched for: Bruce Almighty We have highlighted matching words that appear in the page below.
Bing is not responsible for the content of this page.
God (Bruce Almighty) | VS Battles Wiki | Fandom 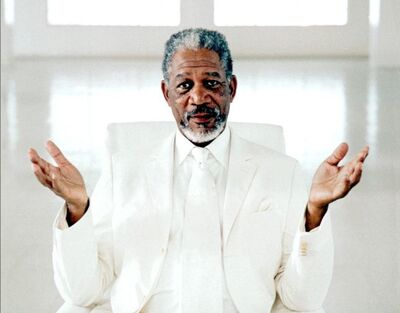 Name: God, The Almighty, The Father, The Alpha, The Omega

Age: Older than the universe

Classification: God; Creator of The Universe

Intelligence: Nigh-Omniscient (Knows everything there is to know about every single person in the world, and can store this amount of information into "file cabinets"; Can hear all prayers from everyone in the world)

Retrieved from "https://vsbattles.fandom.com/wiki/God_(Bruce_Almighty)?oldid=6923508"
Community content is available under CC-BY-SA unless otherwise noted.