You have reached the cached page for https://theworldnews.net/fj-news/the-bus-and-volavola-in-form
Below is a snapshot of the Web page as it appeared on 12/2/2020 (the last time our crawler visited it). This is the version of the page that was used for ranking your search results. The page may have changed since we last cached it. To see what might have changed (without the highlights), go to the current page.
You searched for: Ben Volavola We have highlighted matching words that appear in the page below.
Bing is not responsible for the content of this page.
‘The Bus’ And Volavola In Form

‘The Bus’ And Volavola In Form

Dubbed ‘The Bus’, Tuisova scored three tries for Lyon as they romped to a 62-10 win over Bayonne in the French Top 14 yesterday

Winger Josua Tuisova has showed why Flying Fijians head coach Vern Cotter has labelled him as one of the X-factors for the Autumn Nations Championship in November.

Dubbed ‘The Bus’, Tuisova scored three tries for Lyon as they romped to a 62-10 win over Bayonne in the French Top 14 yesterday.

Tuisova claimed a first half double before dotting down his third in the closing minutes to join South Africa’s Cheslin Kolbe at the top of the league’s try scoring charts with five efforts this season. 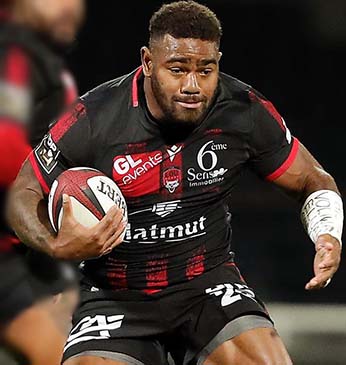 Cotter had told SUNsports that Tuisova, Semi Radradra and Nemani Nadolo are the Flying Fijians’ X-factors, as they prepare to take on France, Italy and Scotland in the Autumn Nations Championship. 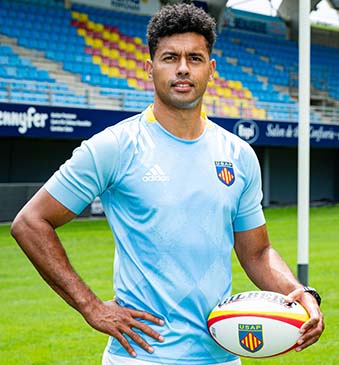 Volavola, who is now in the starting line-up on a regular basis, scored 14 points in their 25-22 win over USON Nevers in the weekend.

He kicked over four penalties and a conversion to put Perpignan to the top of the points table.

Nayacalevu copped a yellow card as Stade Francais went down 41-27 to Clermont.

Rennes - French Krasnodar. The owner (8 times richer than Galitsky) invested in his hometown and after a transfer failure created a successful Academy
The DFB wants Klopp to be Germany's coach at Euro 2024. Lev will stay at the world Cup if he reaches the semi-finals of Euro 2020
Alaba wants to earn 15 million euros a year. Juventus, PSG and Chelsea are Interested in him
Bayern want to sign Midfielders Gladbach Neuhaus and Zakaria next season
Kane missed Tottenham's training session. His participation in the game with Arsenal is possible
Vincent Kompany: Stop comparing me to Guardiola. I didn't say that Anderlecht will become Manchester City
Bruno was named Manchester United's player of the month for the 5th time. It was purchased in January
Source https://fijisun.com.fj/2020/10/20/the-bus-and-volavola-in-form/

Denial of responsibility! The World News is an automatic aggregator of the all world's media. In each material the author and a hyperlink to the primary source are specified. All trademarks belong to their rightful owners, all materials to their authors. If you are the owner of the content and do not want us to publish your materials, please contact us by email abuse@theworldnews.net. The content will be deleted within 24 hours.

Soheel Sets Good Example At Home And At School

Dudley High School Esther Is First In Family To Be Dux

Ahmadiyya Muslim College Dux Wants to be an Accountant

Mining Project A Boost For Sigatoka

Bring It On: Nadi

Fiji, First In The World To Validate Target E On Sendai Framework

Judge To Police: Set Precedent For Cops Breaking Up Marriages

New Seawall To Safeguard Villagers Of Nabukadra From Climate Crisis

Family On Funeral Trip Meet With A Tragedy Of Their Own

Fresh Restart For Semis ‘A Must’

Companies And Businesses Urged To Register Online Before Deadline

Let’s Go Local: Taveuni On The List For Masih

GAUNAVOU INVESTMENTS LTD chairman John Sanday says as a public company, Board was entitled to Remuneration. We say to Sanday: Have you repaid your debt to collapsed NBF? Rabuka was behind Gaunavou

She’s The One For Me: Raju

5 Year Old In Critical Condition After Being Hit by Vehicle

Over 20 Graduate From World Harvest Institute

INTERNATIONAL MEDIA Spotlight on Aiyaz Sayed Khaiyum and 1987 Bombings. Sitiveni RABUKA, the Racist and Coupist who triggered the bombings, is being feted with TABUA as if he is still God's Chosen One

Why Kumar Got 8 Police Escorts

RABUKA IS ALL ABOUT RABUKA: In 1987, Rabuka released from prison hardcore criminals to march to the Government House to force deposed Prime Minister Dr Timoci Bavadra to accept his COUP. We say GROW UP

RABUKA IS ALL ABOUT RABUKA: In 1987, Rabuka released from prison hardcore criminals to march on to Government House to force deposed Prime Minister Dr Timoci Bavadra to accept his COUP. We say GROW UP

Match Abandoned Due To Bad Weather

Productivity and Partnerships Beyond COVID-19: FHRI

FACT: She’s The Only Female Ref

Nurse Did Not Die Of Police Assault, Medical Certificate Says

Party In Limbo Over Opposition Role

Suva’s Six In Doubt For Semis

12 Per Cent Or More Cut In Foundation, Year 1 Fees

Man Up And Get Tested, A-G Urges Men

“Sa Noda Na Qaqa” - Rest Assured, We Have WON. These words utttered by COUPIST Sitiveni Rabuka in May 1987 shortly after his racist coup can be repeated by SODELPA, not with Shame but Pride: 'Sa Noda Na Qaqa'