You have reached the cached page for https://www.dailymail.co.uk/tvshowbiz/article-5929643/Amy-Adams-strip-nude-prepare-role-alcoholic-self-harmer-Sharp-Objects.html
Below is a snapshot of the Web page as it appeared on 10/26/2020 (the last time our crawler visited it). This is the version of the page that was used for ranking your search results. The page may have changed since we last cached it. To see what might have changed (without the highlights), go to the current page.
You searched for: Amy Adams We have highlighted matching words that appear in the page below.
Bing is not responsible for the content of this page.
Amy Adams had to strip nude to prepare for role as an alcoholic, self-harmer in Sharp Objects | Daily Mail Online

'I had to stand there naked for four hours!' Actress Amy Adams says she had to strip nude every day to prepare for her role in Sharp Objects... and namechecks Australian co-star Eliza Scanlen

And Amy Adams, 43, on Sunday admitted that stripping down every day for 'four hours' to prepare for her dark new role in HBO series, Sharp Objects, pushed her to the limit.

Playing Camille Preaker, a journalist battling with alcoholism and issues with self-mutilation, Amy had to get nude each morning to apply extensive cuts and scars across her body. 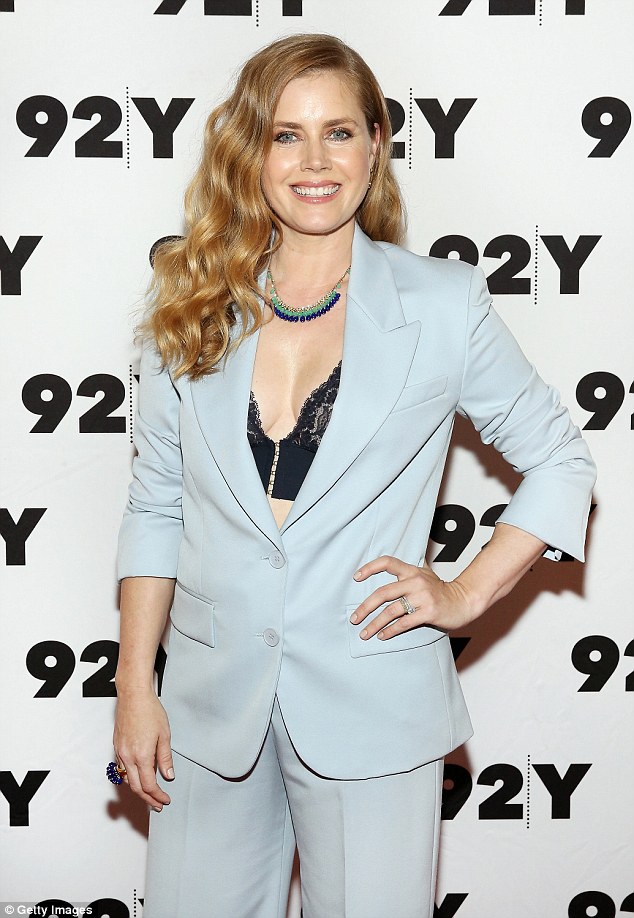 'I had to stand there naked for four hours!' Amy Adams (pictured) revealed why she had to strip nude every day to prepare for role as an alcoholic self-harmer in Sharp Objects

"I had to stand there pretty much naked for four hours which is not my natural state,' the mum-of-one told the Sunday Telegraph.

'I'm not shy but I'm not an exhibitionist either. So it really made me feel vulnerable which kind of helped stepping onto the set exposed in that way.'

Based on the novel by Gone Girl writer Gillian Flynn, Adams stars alongside Australian actress Eliza Scanlen, 19, whom the star claims is 'thrilling to watch'. 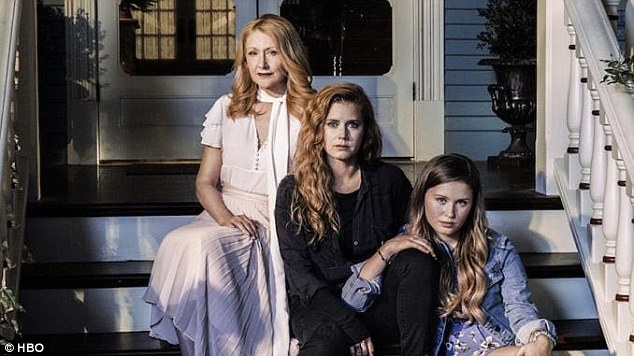 Amy admitted that Eliza, who got her break with a small role on Home and Away as Tabitha Ford in 2016, 'more than held her own' around the heavyweight cast.

'Eliza is so amazing,' she said. 'Production was very demanding and for a young actress who doesn't have the breadth of experience that Patricia and I do, she more than held her own.'

And last month, the young Australian actor revealed she turned her back on university to when she landed the A-list gig. 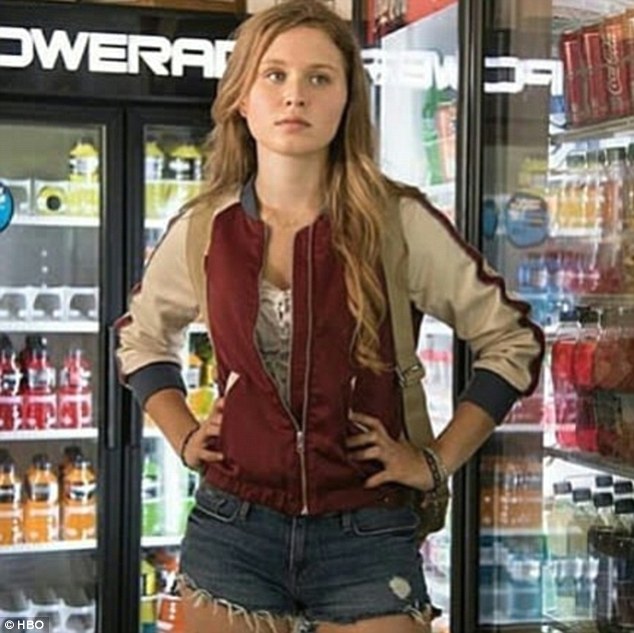 'Eliza is so amazing!' Amy admitted that 19-year-old Australian actress Eliza (pictured), who got her break on Aussie soap Home and Away, 'more than held her own' on Sharp Objects

'School was what I was focusing on and I thought if something happens, great, if something doesn't, then I'll just go to university,' she told Confidential in June.

'But I got a call after I finished school and HBO wanted to fly me over and do a screen test with Amy, so I said OK and I did the screen test and by the end of the trip I got the part.'

Premiering on Foxtel on Monday, Sharp Objects has already been dubbed the 'next Big Little Lies' - the smash hit HBO series which scooped eight Emmy Awards. 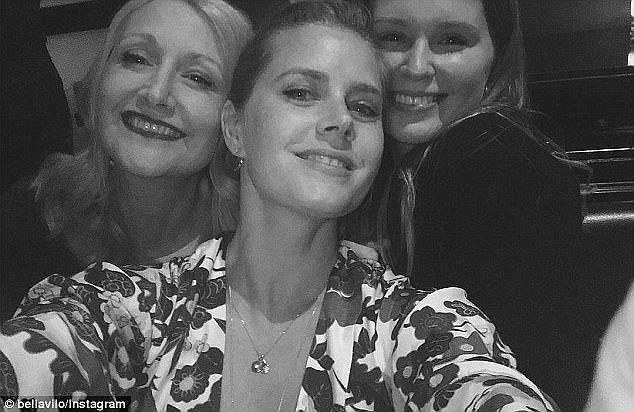 New gig: 'School was what I was focusing on and I thought if something happens, great, if something doesn't, then I'll just go to university,' Eliza told Confidential. Pictured, from left: co- Patricia Clarkson, Amy Adams and Eliza

Amy Adams had to strip nude to prepare for role as an alcoholic, self-harmer in Sharp Objects