You have reached the cached page for https://www.rottentomatoes.com/celebrity/agyness_deyn
Below is a snapshot of the Web page as it appeared on 1/8/2021 (the last time our crawler visited it). This is the version of the page that was used for ranking your search results. The page may have changed since we last cached it. To see what might have changed (without the highlights), go to the current page.
You searched for: Agyness Deyn We have highlighted matching words that appear in the page below.
Bing is not responsible for the content of this page.
Agyness Deyn - Rotten Tomatoes 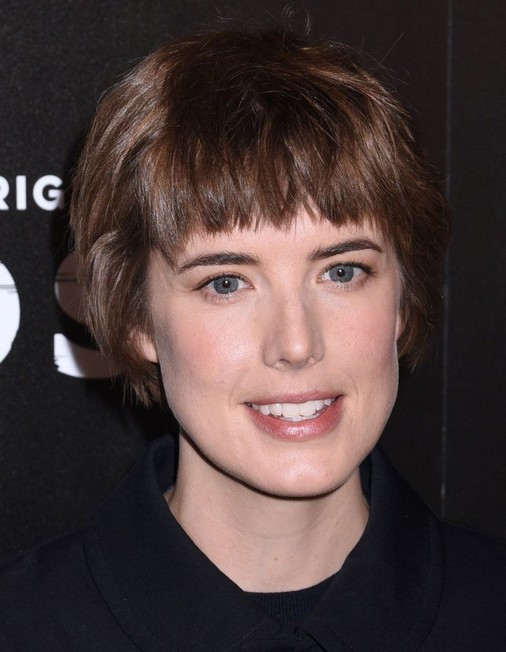 Agyness Deyn was a British supermodel and socialite who was known for her bleached pixie cut and bold androgynous look. Deyn was born Laura Michelle Hollins in Manchester, England on February 16, 1983 to a Reiki healer mother. From a young age, her style was edgy, shaving her head at the age of 17. She moved to London, where she was spotted and quickly signed to SELECT models. She changed her name for her modeling career, choosing the "Agyness" spelling at the advice of a numerologist. Deyn was featured on the cover of Italian Vogue in 2006, and American and British Vogue in 2007, and she landed campaigns for Burberry, Doc Martens, Giorgio Armani, among many others. She branched out into music and acting, appearing as the beautiful goddess Aphrodite in the sword and sandals epic "Clash of the Titans" (2010). She began a design collaboration with Doc Martens, creating a signature line of footwear called Agyness Deyn for Dr. Martens. In 2012, she also announced her official retirement from modeling in favor of her acting career. She married actor Giovanni Ribisi in 2012; the couple divorced in 2015. She landed the lead role in "Electricity" (2014), playing a woman with epilepsy, a performance that earned her critical praise. She next co-starred in the horror film "Patient Zero" (2016).

Chris Guthrie says: There are lovely things in the world, lovely that don't endure, and the lovelier for that.