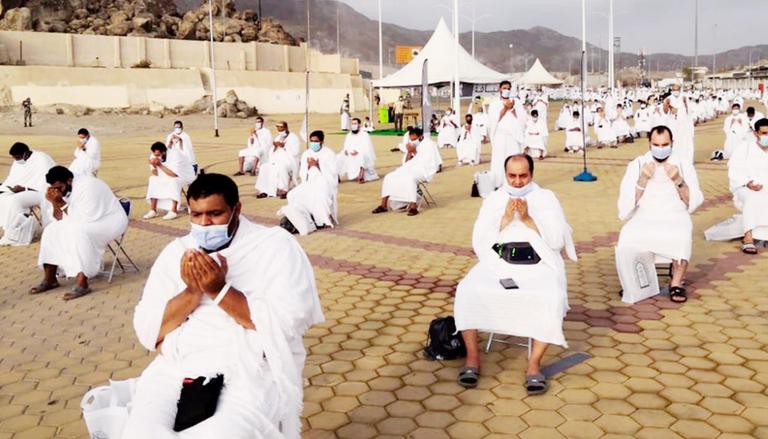 
Saudi Arabia had decided to restrict the annual Haj pilgrimage to its own citizens and residents for the second year running in response to the COVID pandemic. Responding to this decision, Union Minister for Minority Affairs Mukhtar Abbas Naqvi while speaking to ANI stated that the government welcomes the decision as "Prime Minister Narendra Modi and I had already said that we are with the decision of Saudi Arabia. We had done all the arrangements for Haj 2021, we were only waiting for Saudi Arabia's decision and we are with their decision".

The Union Minister stated that Saudi Arabia has taken the decision in the interests of people's safety and health. He also expressed happiness over Saudi Arabia allowing women to go on Haj without accompanied by 'Marham' (male partner).

"India has already taken this decision three years ago under the leadership of PM Modi. Many questions were raised then. After getting rid of this malpractice, around 5,000 women had gone on Haj that year," Naqvi said.

The Haj Committee of India

Circular by the Committee further added, "Hence, it has been decided by the Haj Committee of India that all the applications for Haj-2021 stand cancelled".

Only people aged between 18 to 65 who have been vaccinated or immunised against the Coronavirus, and are free of chronic diseases, will be allowed to take part. It also set a maximum of 60,000 participants. Only approved COVID vaccines from Pfizer, AstraZeneca, Moderna and Johnson & Johnson will be valid for the Haj.

According to official data, before the pandemic enforced social distancing globally, nearly 2.5 million pilgrims used to visit the holiest sites of Islam in Mecca and Medina for the week-long haj, and the lesser, year-round umrah pilgrimage, which altogether earned the kingdom about $12 billion a year.