You have reached the cached page for https://jamaicans.com/jamaican-news-stories-2017/
Below is a snapshot of the Web page as it appeared on 11/11/2021 (the last time our crawler visited it). This is the version of the page that was used for ranking your search results. The page may have changed since we last cached it. To see what might have changed (without the highlights), go to the current page.
You searched for: 2017 year in review jamaica news We have highlighted matching words that appear in the page below.
Bing is not responsible for the content of this page.
Top 10 Jamaican News Stories of 2017 - Jamaicans.com 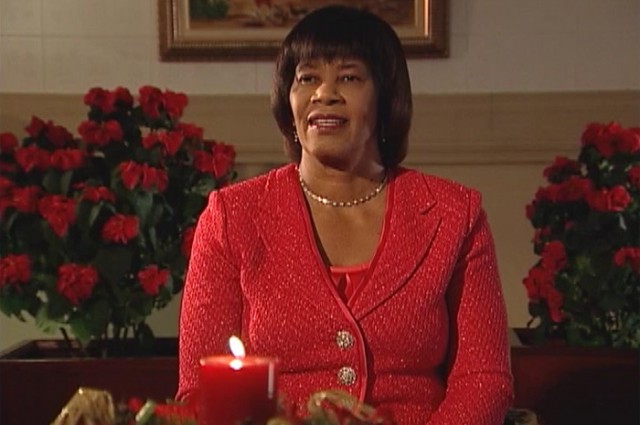 The year 2017 in Jamaica saw the enactment of new laws, including the legalization of medical marijuana, changes on the political stage, a focus on job creation, crime prevention, moves to improve education, a pardon for Marcus Garvey, and a big oil spill in Kingston Harbor.

Jamaica’s House of Representatives passed the National Identification and Registration Bill after deliberations addressed a number of concerns raised by Opposition leader Dr. Peter Phillips. Phillips and other MPs were concerned about the protection of personal data. Prime Minister Andrew Holness said the bill will make it easier to do business in Jamaica, as well as remove the need for a census, which has been performed every ten years..

The Cannabis Licensing Authority (CLA) Jamaica issued its first two licenses to companies in the island’s medical marijuana industry. Licensed as a processor is Everything Oily Labs Limited, and licensed as a cultivator is Epican.  Hyacinth Lightbourne, the chair of the CLA, stated that another three applicants have also been approved for licenses. Karl Samuda, Jamaica’s Minister of Agriculture, praised the CLA for its diligence and commitment to the approval process. While noting the criticism of the pace of the process, Samuda said Jamaica must perform all due diligence in order to remain compliant with rules of the international cannabis industry.

Prime Minister Andrew Holness announced changes to the Defense Act to create the Jamaica National Service Corps within the Jamaica Defense Force (JDF). The Corps is one of seven initiatives established under the Housing, Opportunity, Production and Employment (HOPE) program, which is designed to provide job and training opportunities for young Jamaicans between the ages of 19 and 24. Annual recruitment for the program will be 1,000 people between the ages of 18 to 23. Individuals selected for the program may choose to join the Jamaica Constabulary Force (JCF), the Jamaica Fire Brigade (JFB), or they may become security guards.

Andrew Holness was the first Jamaican Prime Minister to visit Israel. He was welcomed by Israeli Prime Minister Benjamin Netanyahu in Jerusalem on January 12, 2016. Netanyahu thanked Holness for not supporting a UNESCO vote that denied Jewish historical claims to the city’s Temple Mount, noting that he looked forward to more cooperation with Jamaica in the future. The Prime Ministers discussed ways that their countries could partner on economic, security and technology issues. Holness was especially interested in expanding links between Jamaica and Israel in cybersecurity and agriculture.

The government of Jamaica allocated $641 million to end the school shift system and provide  more classrooms. Budget allocations were used to obtain equipment for Science, Technology, Engineering and Mathematics (STEM) academies. The initiative represented part of the $5 billion Education Transformation Program that is in the process of being implemented by the National Education Trust (NET). The program enables construction of new classrooms to end overcrowding in schools. Five primary schools and five high schools were effected, and work continued at another five high schools.

Jamaica’s former Prime Minister Portia Simpson Miller resigned as a Member of Parliament after losing the last general election to Andrew Holness and the Jamaica Labor Party. Simpson Miller, 71, had a long tenure in Parliament and told legislators in a farewell speech that they have a responsibility to do whatever is best for the Jamaican people. Simpson Miller was the former leader of the People’s National Party and the seventh woman to be elected to serve in Jamaica’s government. She was the first woman elected as head of the country’s government.

Dr. Peter Phillips was elected president of the People’s National Party (PNP). He is the fifth president in the party’s 78-year history and succeeds Portia Simpson Miller, who served as president since 2006. After taking of the oath of office, Phillips noted his student activist years in the 1960s, his participation in the Rastafarian Movement, and the inspiration he drew from the leadership of Michael Manley in the 1970s. Phillips said he intended to lead the PNP toward addressing Jamaica’s problems of poverty, homelessness and inequality. He also said the next PNP administration would implement the “most ambitious” land-title program in Jamaica’s history.

The government of Jamaica took action to clear the criminal charges brought against Marcus Garvey, who dedicated his life to fighting for freedom. According to Olivia Grange, Minister of Culture, Gender, Entertainment and Sport, legislation was prepared to absolve Garvey and other Jamaicans involved with what are being called “acts of liberation” rather than “illegal activities.’” The bill was introduced in Parliament in October and was designed to absolve Jamaica’s national heroes such as Garvey from criminal charges.

Jamaica’s National Environmental and Planning Agency (NEPA) reported a major oil spill in Kingston Harbor near Petrojam at about 10 AM on June 20, 2017. At the time of the reporting the spill extended toward the Gordon Cay area. A NEPA team assessed the situation and worked with first responders, including the Jamaica Defense Force Coast Guard, on clean-up efforts. According to Richard Nelson, Senior Manager for the Environmental Management Division at NEPA, most of the oil was contained inside the permanent boom at Petrojam, and a skimmer was used to remove the top layer of oil that floated on the water. As the oil sank, containment booms or absorbent pads were used to control its spread. NEPA and Petrojam implemented two separate investigations to determine what led to the oil spill.

The Statistical Institute of Jamaica (STATIN) determined that more Jamaicans have jobs now than at any time in the nation’s history. The number of employed individuals peaked at 1,204,800 in April of 2017. This was 35,800 higher than the number of people employed a year earlier. Rochelle Whyte, the senior technical advisor at the Planning Institute of Jamaica (PIOJ), stated that the numbers showed continued improvement in labor market outcomes. The data from STATIN showed that the unemployment rate dropped by 1.5 percent in April 2017 to total 12.2 percent, compared with April 2016. The labor market lost over 90,000 jobs between October 2008 and July 2011 due to the global economic crisis. Of the 11 industries that recorded higher employment between April 2016 and April 2017, especially  notable were real estate, renting and business activities, which saw jobs increase by 9,700 to 85,600.