You have reached the cached page for https://wikimili.com/en/2012_Toronto_International_Film_Festival
Below is a snapshot of the Web page as it appeared on 3/3/2020 (the last time our crawler visited it). This is the version of the page that was used for ranking your search results. The page may have changed since we last cached it. To see what might have changed (without the highlights), go to the current page.
You searched for: 2012 Toronto International Film Festival wikipedia We have highlighted matching words that appear in the page below.
Bing is not responsible for the content of this page.
2012 Toronto International Film Festival - WikiMili, The Best Wikipedia Reader

The 37th annual Toronto International Film Festival (TIFF) was held in Toronto, Ontario, Canada between September 6 and September 16, 2012. TIFF announced the films that were accepted on August 21, 2012. On its 37th edition the TIFF included a 289 feature films and 83 short films. Directed by Rian Johnson, Looper was selected as the opening film. [4] [5]

On 17 September 2012, it was announced that David O. Russell's comedy film, Silver Linings Playbook , had been awarded the People's Choice Award. [8] The film, in which Bradley Cooper and Jennifer Lawrence appear as "neurotic lovers obsessed with their exes", is based on a novel by Matthew Quick. [8] [9] The festival director, Piers Handling, stated that the film is "a deeply emotional story." [10] Ben Affleck's Argo was the runner-up for the prize. [11] Jared Leto's Artifact was given the People's Choice Award for best documentary, while Martin McDonagh's Seven Psychopaths won the Midnight Madness audience award. [8]

The Toronto International Film Festival is one of the largest publicly attended film festivals in the world, attracting over 480,000 people annually. Since its founding in 1976, TIFF has grown to become a permanent destination for film culture operating out of the TIFF Bell Lightbox, located in downtown Toronto. TIFF's mission is "to transform the way people see the world through film". 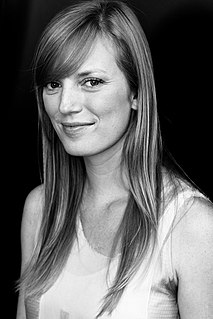 Sarah Ellen Polley is a Canadian actress, writer, director, producer and political activist. Polley first garnered attention as a child actress for her role as Ramona Quimby in the television series Ramona, based on Beverly Cleary's books. Subsequently this led to her role as Sara Stanley in the Canadian television series Road to Avonlea (1990–1996). She has starred in many feature films, including Exotica (1994), The Sweet Hereafter (1997), Guinevere (1999), Go (1999), The Weight of Water (2000), My Life Without Me (2003), Dawn of the Dead (2004), Splice (2009), and Mr. Nobody (2009). 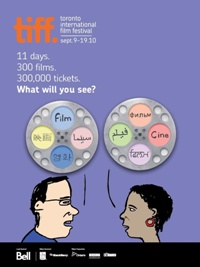 The 36th annual Toronto International Film Festival (TIFF) was held in Toronto, Ontario, Canada between September 8 and September 18, 2011. Buenos Aires, Argentina was selected to be showcased for the 2011 City to City programme. The opening film was From the Sky Down, a documentary film about the band U2, directed by Davis Guggenheim. Considerable media attention at the time focused on Madonna's behaviour during the festival. 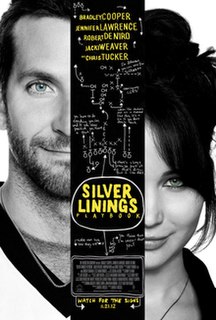 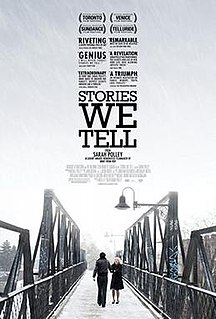 Call Girl is a 2012 Swedish drama film directed by Mikael Marcimain and written by Marietta von Hausswolff von Baumgarten. It stars Sofia Karemyr, Simon J. Berger and Josefin Asplund. The story is a fictionalised version of events based on the so-called Bordellhärvan political scandal of 1970s Sweden which linked several prominent politicians to a prostitution ring that included underage girls.

The Silver Linings Playbook is a 2008 debut novel of American author Matthew Quick.

The nominees for the 9th St. Louis Film Critics Association Awards were announced on December 11, 2012. 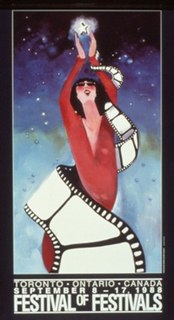 The 13th Toronto International Film Festival (TIFF) took place in Toronto, Ontario, Canada between September 8 and September 17, 1988. Midnight Madness programme was introduced at the festival. The festival screened more than 300 films from all over the world. Women on the Verge of a Nervous Breakdown by Pedro Almodóvar won the People's Choice Award at the festival, which later nominated for Best Foreign Language Film at Academy Award.

Keep a Modest Head is a Canadian short documentary film, directed by Deco Dawson and released in 2012. The film is a tribute to Jean Benoît, a Canadian artist often credited as "the last surrealist".

Herd Leader is a Canadian short drama film, directed by Chloé Robichaud and released in 2012. The film stars Ève Duranceau as Clara, a shy woman who must build confidence in herself when she inherits her late aunt's dog and has to learn how to train it.

Bydlo is a Canadian animated short film, directed by Patrick Bouchard and released in 2012. Inspired by the fourth movement of Modest Mussorgsky's classical composition Pictures at an Exhibition, the stop-motion animated film depicts a group of men who are plowing a field with an ox, but overwork both themselves and the animal virtually to the point of death.

Storm Surfers 3D is an Australian documentary film, directed by Justin McMillan and Christopher Nelius and released in 2012. Narrated by Toni Collette, the film centres on Ross Clarke-Jones and Tom Carroll, two Australian surfers who specialize in tow-in surfing.

Crackin' Down Hard is a Canadian short comedy film, directed by Mike Clattenburg and released in 2012. The films stars Nicolas Wright as a man trying to relax in isolation California's Joshua Tree National Park, when another man shows up to offer him a prostitute.