You have reached the cached page for https://www.investors.com/news/millennial-investors-robinhood-top-20-stocks/
Below is a snapshot of the Web page as it appeared on 10/26/2020 (the last time our crawler visited it). This is the version of the page that was used for ranking your search results. The page may have changed since we last cached it. To see what might have changed (without the highlights), go to the current page.
You searched for: 20 Stocks Invest We have highlighted matching words that appear in the page below.
Bing is not responsible for the content of this page.
Millennial Investors: Here Are The Top 20 Robinhood Stock Holdings

Which stocks are millennial investors interested in? A look at Robinhood stock holdings by number of users on the platform offers a glimpse into the psyche of 20- and 30-something investors.

The average age of Robinhood's 4 million users is 31 years old, and the median age of users is 29, according to a company spokesperson, who provided Investor's Business Daily with an updated list of holdings at the end of June.

When we last checked in with the platform in January, millennial investors were most interested in Advanced Micro Devices (AMD). Since then, AMD has lost its lead, tumbling to fifth place. Chesapeake Energy (CHK) has fallen off the top 20 list entirely, replaced instead by Starbucks (SBUX) at the tail end of the Robinhood stock rankings.

Now in the lead among millennial investors? Apple (AAPL), which rose from second place to the No. 1 spot. Troubled General Electric (GE), which just got ousted from the Dow Jones industrial average, climbed two spots to No. 2. Ford Motor (F) remained in third place, while Microsoft (MSFT) ascended to the top five.

Among the FANG stocks, Facebook (FB) slipped a few places, while Netflix (NFLX) made a formidable six-spot climb. Amazon.com (AMZN), a pricey stock at around 1,700 per share, held on to the No. 15 spot, while slightly less expensive Google parent Alphabet (GOOGL) has yet to appear on the list this calendar year, based on our two check-ins.

You will now receive IBD Newsletters

Investing apps like Robinhood, Acorns, Stash and Stockpile are gaining traction among millennial investors, thanks to their account minimums of $5 or less and free trades. Such moves are challenging traditional brokerages like E-Trade Financial (ETFC), TD Ameritrade (AMTD) and Charles Schwab (SCHW), which have already cut trading fees amid a price war. Robinhood is also appealing to younger clients by offering cryptocurrency trading.

So, what other stocks are popular with millennial investors? Here are the midyear standings with Robinhood stock holdings, as of the end of June 2018, with a look at how they compare to the beginning of the year.

The Top 20 Robinhood Stock Holdings, By Users On The App

Get instant access to more trading ideas, exclusive stock lists and IBD proprietary ratings for only $5.

How To Invest In Stocks For Free: Robinhood, New Apps Aim For Millennial Investors

The Gender Wealth Gap Is Real. Here's How Women Can Start To Close It.

What Is The Stock Market And How Does It Work? Plus Other Questions You're Too Afraid To Ask

What Is A 401(k) Plan And How Does It Work? Here Are Some Basics 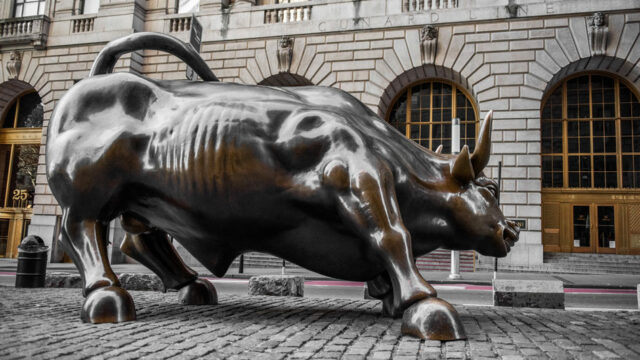 3:23 AM ET The Dow Jones dived 400 points early Monday, but the Nasdaq composite and software stocks held up well despite a...

Which financial companies are the most trusted according to investors? Click here to find out!

Get top-quality trade ideas at the push of a button with the IBD Stock Screener. Try it today!

Check out this free infographic for 9 buying and selling rules that help you trade like a pro!